Did the US go too far? 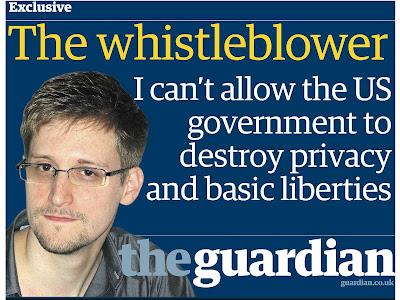 I feel sorry for Edward Snowden. For me, he is a hero for blowing the whistle on the PRISM surveillance program in the US that allowed the monitoring of many phone conversations, as well as demanding the e-mails and the internet use of people all over the world to be revealed. I also feel sorry for those people, which includes many Americans, who have been monitored in this way.

But I feel only disgust for American politicians, whether Republicans or Democrats, who have tried to paint Snowden as a traitor. That is grossly unfair. When Snowden exposed the surveillance that the US does, he did nothing that is treacherous. Most Americans, it seems, would agree; according to a Quinnipiac University poll, 55 per cent, as compared to 33 percent, regard him as a whistleblower, not a traitor.

President Obama’s comment that such forms of monitoring are only“modest encroachments” on privacy does not seem to be playing well with the American public. While such surveillance is legal under the US Patriot Act and Congress, or at least the intelligence committee, has been kept abreast of this surveillance, Americans were shocked to lean about its extent. Probably most people in North America, and presumably many elsewhere in the world, have been caught up in this enormous sieve. 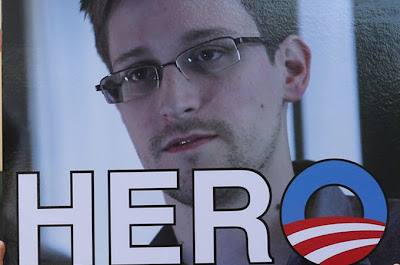 What he did may be called a political crime, but that does not make him a traitor. He did not use violence. He did not do it to seek personal enrichment. He did not sell US secrets to foreign governments. What he did do was expose serious NSA wrongdoing, but he committed no crime by doing that. Instead, he is a whistleblower in the best tradition of doing the right thing for his nation. Thus he deserves high praise, not persecution.

Snowden is not a criminal. Instead, he is champion of law and order. He is a heroic whistleblower, as Daniel Ellsberg said of him:“he’s done an enormous service. It can’t be overestimated.”


Snowen's own government has gone out of its way to bring Snowden to justice. After he fled to Hong Kong, his passport was revoked, yet he did manage to fly to Moscow, where he is still (as this is being written) in a hotel in the transit area at Sheremetyevo airport. This is in the new terminal, which is good, since the old one was a totally depressing place, as I know from numerous trips to Russia during the 90's and later.

The US then put pressure on Russia to arrest Snowden, but the Russian government has thus far refused to do so. He applied to several countries for asylum. Many countries turned him down under pressure from the US. Only Bolivia, Venezuela and Nicaragua offered him asylum. Unfortunately, Snowden is unable to travel to any of these countries, especially after the plane carrying the president of Bolivia was forced to land in Austria, after several other European countries had refused to let the plane use their air space. This no doubt under pressure from the US, which believed that Snowden was on board and thus could be turned over to American authorities.

How would the US respond if Air Force One were denied the use of air space and were forced to land somewhere? The US does not practice reciprocity, but it imposes its own terms on the rest of the world.

Snowden' held a press conference in Moscow, where he addressed human rights groups a out his situation. He announced his intention to ask for temporary asylum in Russia. He asked for their assistance with getting to Latin America and asylum in Russia until his safe travel could be assured. President Putin later said that the US had blocked all travel options for Snowden, who had planned only a transit stop in Moscow.

Obama called Putin after the news conference in which Snowden's status was also discussed. The White House later commented: that Snowden “will be afforded full due process” if he returned. But the US has already declared him guilty by accusation. Where is the presumption of innocence? The expectation is that Snowden will not receive a fair trial, but will be treated mercilessly like Bradley Manning.

The US position contradicts its own long-standing practice of refusing to give up those who are wanted for political crimes, including in some instances even shielding people who were charged with terrorist activity. 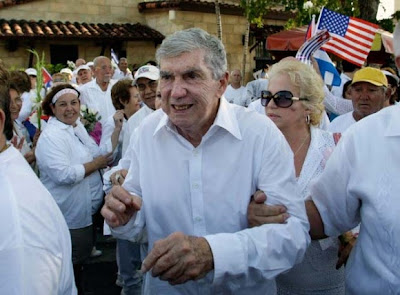 The most notorious example is that of Luis Posada Carrilles, an exile from Cuba, who has a long record of involvement in anti-Castro terrorist activity and is alleged to have blown up a Cuban passenger plane in 1976 with 73 persons on board. Yet Posada continues to live without legal difficulties in Florida.

It should hardly be surprising that such diplomatic hard ball angers Latin American countries, as well as many other,who are justifiably sensitive about the willingness of the US to encroach upon their sovereign rights in a manner that would not be tolerated if the situation was reversed.

After 9/11, the US imposed its stringent rules on other countries. I learned about American extraterritoriality first when, some years ago, shortly after I boarded a Dutch plane in Amsterdam that was flying to Toronto but did not involve flying over US territory, I was shocked to hear this announcement: "The Department of Homeland Security requires . . . "

The Snowden case is a blatant case of extra-territoriality that no other country enjoys. The US claims of extraterritoriality demonstrate that the Monroe Doctrine is not yet dead. This is yet another example of "gun boat" diplomacy. Will the US punish Venezuela, if Snowden ever manages to reach that country? 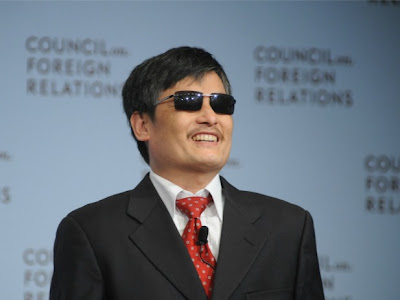 The US also manifests an imperial unwillingness to reciprocate with other countries. For example,would the US turn over the blind Chinese human rights activist, Chen Gunagchen, for prosecution under a Chinese law that criminalizes deliberate harm to the country's public image?

Of course not, would be the American response, and that is a good thing. Sovereign states should welcome the exemption of political crimes from cooperative law enforcement. So should the US in the Snowden case. The US would not return a Chinese Snowden, if such a person were being prosecuted for political reasons.

The US has gone too far with Snowden. He deserves universal support. However, Washington wants him silenced. It wants him hunted down ruthlessly. But that is the way imperially-minded nations operate.

Americans should ask themselves if their government should now set limits on governmental surveillance and extraterritorial security claims instead of seeking to punish an individual of conscience who chose bravely to risk the fury of a state because some of its unseemly secrets were being made public. 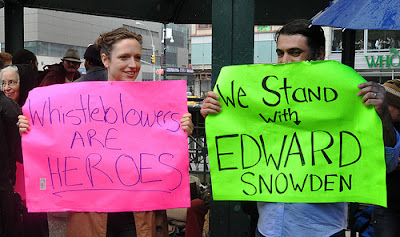