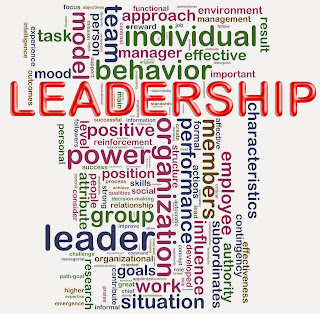 We need a new type of leadership today. One that does not cater to a base, but includes everyone. Politics today is increasingly polarized. In the US this polarization has made the functioning of the federal government almost impossible. It is now totally dysfunctional. Canada is not far behind. It is becoming more and more polarized by the day. This has to stop.

One of the reasons for polarization relates to types of leadership. Leadership has been defined as "organizing a group of people to achieve a common goal," although there are many other definitions. The type of leaders that I envision must have, in addition to many other qualities, is the ability to involve everyone. Polarization increases when some leaders use it for their own purposes.

Prime Minister Stephen Harper and Mayor Rob Ford of Toronto have both capitalized on this polarization. In fact, they have promoted it. Both have established a base that they can count on for support, especially during elections. In Ford's case, those who voted for him in 2010 and continue to support him have been termed, "Ford Nation." 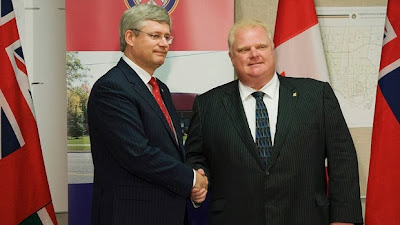 I am using Ford and Harper as examples because of the constant barrage of media reports in Toronto, where I live. In the case of Ford, this has been 24/7 non-stop. Harper has been in the news repeatedly as well not only because his is prime minister but also because of his handling of the Senate scandals. As I wrote previously, the Office of the Prime Minister is being investigated by the RCMP.

During the last few months, while Ford was under attack by the elitist media, as "Ford Nation" saw it. Ford claimed he had delivered on his campaign promises, and "Ford Nation" was willing to overlook his personal failings.These accusations, they insist, were all part of a plot to destroy their hero. Even now, when the evidence that he smoked crack is overwhelming, and he has even admitted doing so on several occasions, many still continue to back him.

Toronto is divided as it has never been before into two parts: urban and suburban. This is the result of amalgamation in 1998 when six municipalities were merged to form the City of Toronto. These two parts are totally different from each other. Ford and Harper both find much of their support in the suburbs. Ford appealed especially to the suburban voters with promises to "cut the gravy" -- money that was supposedly being wasted, especially by the urban elite who have neglected the suburbs, or so "Ford Nation" claims. 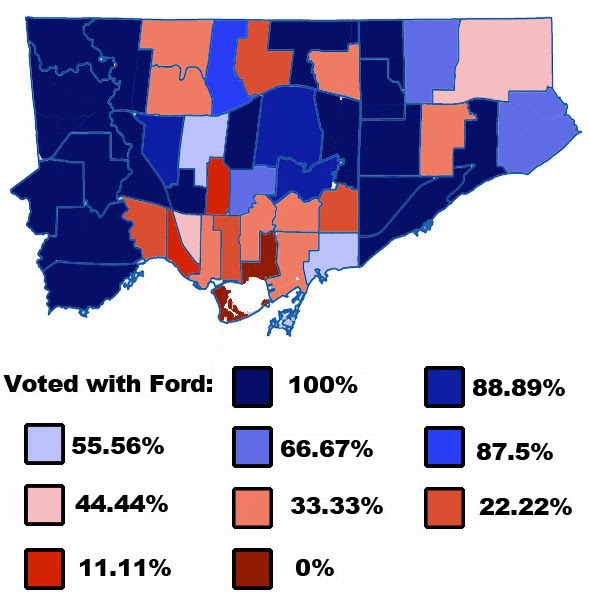 The City of Toronto: the suburbs voted overwhelmingly for Ford as can be seen from the colors

Harper has a solid base as well, even if these people are not as devoted to him. In fact, Ford and Harper share much of the same base. Harper's stage is much larger, but there are many similarities between these two men and their respective bases. These people are Conservatives and, in the Toronto area, tend to live in the suburbs. They share a feeling of alienation -- of being excluded and not part of the elite. They are angry and are committed. For this reason, both Ford and Harper have successfully played the role of outsider in their appeal to the base in order to win elections.

Ford and Harper have ignored for the most part those who are not part of their base. Harper has to appeal as well to "swing voters" -- those voters who actually decide elections by swinging their votes one way or the other. The base, however, is what both Ford and Harper depend on. These voter are highly committed, and, as wily politicians, Ford and Harper cater to them.

Neither man ever spends much time or money trying to attract those who are opposed to their policies. They cater to their base instead. But that does not display good leadership. Leadership in this case means involving everyone, not just the base. 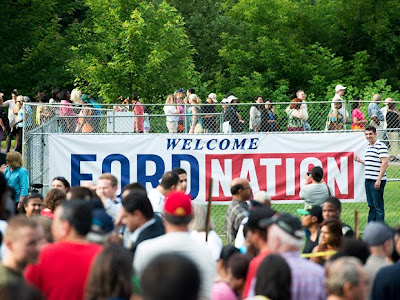 One of the most important leadership gifts is the ability to bring everyone together. In the absence of leaders who regularly display that gift, the US, Canada, and many other other countries will lurch from one crisis to another. The world needs a new kind of politics and a new type of leader.

Instead of  leaders pandering to their bases and vilifying their opponents, we need leaders who can build bridges. Leaders who understand their opponents and do not tear them to shreds, but are willing sit down with them for a civil discussion on how to proceed for the sake of the common good. Leaders who can reach out to all political groups, not just their own. But that is impossible in the current polarized atmosphere.

President Obama is constantly vilified by his political opponents and large segments of the public who have turned against him and his policies. Obama has not been able to build bridges to them. Some people judge him to be a poor manager, but there is also a latent racism among segments of the population. Or they think he is a communist. All these things prevent them from judging his programs objectively. 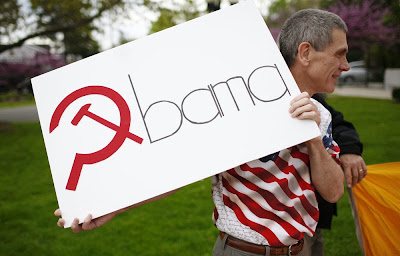 Thus it is difficult for Obama to build such bridges, even if he is inclined to do so by nature. That is too bad. Congress is filled with the wrong sort of leaders-- those who are unwilling to reach out to others. The Tea Party movement hampers the members of Congress from making even the smallest political concession. This has fed the polarization, and as a result, even on the Democratic side there are few real leaders. The waning influence of the Tea Party will not change this polarization and lack of good leadership.

Outside the political arena I can hear many voices crying for a new leadership. People are fed up with the acrimony and bitterness that are typical in politics today. They want politicians who are not beholden to the base that they use, but are willing to listen to and respond to the needs of everyone. Only such leaders will be able to deal effectively with all the problems facing both the US and Canada, not to mention many other countries.

Labels such as conservative or liberal are not always useful.to describe voters. They have individual needs that are often not covered by these labels. They may be as angry as their neighbors are, but that does not mean that their concerns are the same. These labels should thus be used with caution. 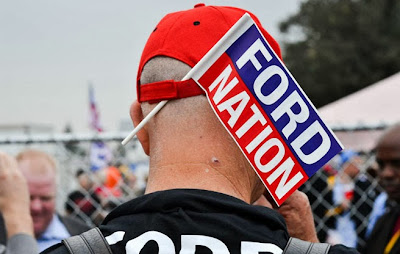 For example, to describe "Ford Nation" as a united group exaggerates those things than bind them. That unity is fleeting and it forms a poor basis for a trustworthy base, as Ford is now learning as many disillusioned members of "Ford Nation" are leaving in droves. They have had enough of the man. His policies, such as they were, are not enough to unite them any longer. Ford has lost all moral authority, and many supporters finally realize this. The type of leadership that he represents is outdated and inappropriate, even apart from Ford. It must be changed.

Harper may learn that lesson in the next election. Unfortunately, that is still two years away, and memories are often short. But Harper may yet discover that he cannot count entirely on his base in the Toronto area in particular. A lot of damage has been done to the Conservative brand by Ford especially, but Harper has inflicted his own wounds. He too may lose some of his support as a result.

If Ford and Harper cannot count on their base the way they did before, there is hope yet for a new politics and a new leadership, one that is capable of building bridges. I sincerely hope and pray that this will be the case and that the current polarization in Canada will one day become history. That will require new leaders.

In the US new leaders are needed too. May today's Tea Party also be relegated soon to the history books! That movement is not the only reason for the polarization of American politics, just as Ford and Harper are not the only culprits in Canada. But all of them contributed to the polarization of their respective countries and used it for their own ends. Other politicians do the same. This must end.