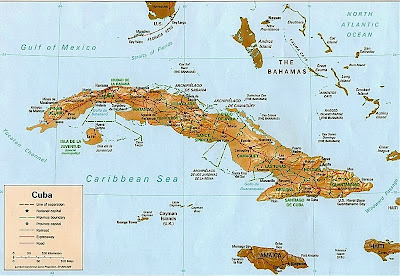 A little more than two years ago I was hospitalized in Cuba for a day and a half as a result off a broken arm (see http://hellemanworld.blogspot.ca/2011/10/inside-cuban-hospital.html). This year I visited Cuba again. I left with mixed impressions. There is much about Cuba that I like very much, but there are also some things that need to be done if Cuba is to attract even more tourists.

One week recently in a resort near Havana is not enough to make me an expert on Cuban resorts, much less Cuban tourism in general. But I can give some impressions, bolstered by comments from fellow Canadians.

Let me begin by commending the Cuban people whom I met. With few exceptions they were all very friendly and they all tried their best to accommodate the wishes of people who are not always aware of how little Cubans enjoy on a daily basis. The food that tourists receive may not always be up to international standards, but it is much better than what most Cubans receive.

As I learned already two years ago, Cubans who work in the tourism sector are much better off than other Cubans, since they receive tips in hard currency (CUC or dollars). The medical doctors who helped me then were paid in ordinary Cuban pesos, and that was inadequate for their daily needs. They envied the staff of the resorts who received tips regularly. Jobs in tourism are very popular. 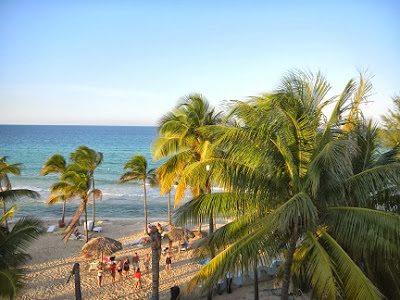 View of beach from our room

This time my wife and I, together with some friends, chose a hotel that was close to Havana. It is not the best hotel in Cuba -- not by a long shot -- but it grew on us as the week progressed. Many people we talked to have also stayed in better Cuban hotels, yet they keep on coming back here.

One couple we met has come here annually for many years already, while another couple comes twice a year. They appreciate the proximity to Havana and the beach, as do many other tourists.

The weather did not help. Our first impression was when we arrived in the rain. The next day the rain was so intense that the hallways became wet and slippery. The day following that we took a shuttle bus into Havana. We saw part of the old city, especially the back streets, in between showers. When the rain finally stopped after one of the best lunches available in Cuba, we returned to the hotel and enjoyed the beautiful beach for the first time.

The water was crystal clear, calm.and great for swimming. Perhaps first impressions should be discounted. The food could be more tastefully prepared, and we sometimes had to wait for plates, cups, and glasses, but we had enough to eat. The drinks are watered down, but this is typical at such resorts everywhere.

Aside from the beaches, there are many other attractions in Cuba. Havana is an exciting city to visit, particularly the old city. Not far from Havana is the Hemingway estate ("Finca Vigia" or "Lookout Farm"), where Ernest Hemingway lived and worked for many years, especially during the winters. 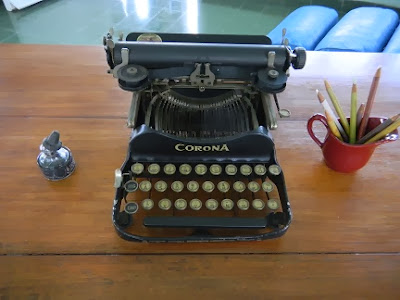 For Whom the Bell Tolls was written here, probably on the typewriter that I was able to photograph when I visited this 15 acre site which the Cuban government has lovingly preserved. Visitors can not allowed into the house, but they can take photos through the windows.

Cuba has been increasing its share of tourism in the Caribbean, and now receives about 3 million visitors annually, mostly Canadians and Europeans. With further improvements in infrastructure it could capture an even larger share.

Because of widespread intermarriage between the various ethnic groups in Cuba, there does not seem to be much racial animosity. Several white Cubans mentioned to me that they were married to blacks and vice-versa. My impression is that Cubans of various shades work together very well.

This is a good example for the rest of the world. The United States, where some of the protests against Obamacare, let us be frank, are motivated by racism, should take special note.

The US and Cuba do not enjoy good relations. About two years after the overthrow of the Batista regime by Fidel Castro, the US imposed a commercial, economic and financial embargo on Cuba. This embargo is still in effect. In Cuba and Latin America this embargo is known as el bloqueo, even though the word embargo exists in Spanish. 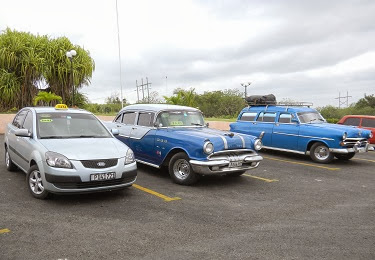 Some old cars, and a new one

This embargo hurts Cuba, especially ordinary Cubans. Many of the cars on Cuban roads date from the 50's and 60's, although newer cars can also be seen. How Cubans keep these old cars going is a miracle.

Despite the existence of the embargo, the US is the fifth largest exporter to Cuba, while 6.6% of Cuba's imports are from the US. However, Cuba must pay cash for all imports, as credit is not allowed. Much of these imports are food, but more would be available if the embargo were ended.

Cubans insist that the embargo is to blame for the shortages that exist in the country, although the US denies this, laying the blame on Cuban central planning. The US argument is no longer valid.

Changes are already taking place under Raul Castro. I expect that when Fidel Castro dies many more changes will take place. The embargo has been condemned by the United Nations General Assembly and many religious leaders all over the world. Even some American political leaders have spoken out against the embargo, which is largely kept in place by Cuban exiles in Miami who despise Fidel.

This embargo should be ended as soon as possible, not only because it violates international law but for humanitarian reasons. Put simply, it is the Christian thing to do. After more than sixty years, it is time that the US and Cuba have normal relations once more.

The travel ban that prevents most Americans from visiting Cuba should also end. Calls for this in Congress have been stymied by pro-embargo groups. Ending the travel ban and expanding food exports to Cuba would be good for human rights, for alleviating hunger, and for showing solidarity with the Cuban people.

It would finally allow ordinary Americans to travel to Cuba in great numbers, without having to fly first to Toronto or elsewhere, as well as contravening American law by spending money in Cuba. This would be great for the Cuban tourist industry. Unfortunately, then Canadians and Europeans would not have Cuban beaches to themselves. As a Canadian I am willing to share those beaches.

Ending the embargo and the travel ban will greatly benefit Cuba and the Cuban people. Maybe then I will want to travel to Cuba again. Next time I hope to see more improvements in a lovely country with many lovely people.