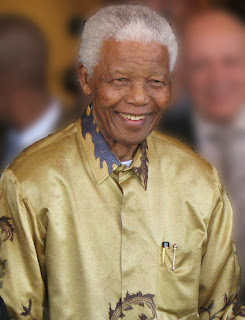 What counts in life is not the mere fact that we have lived. It is what difference we have made to the lives of others that will determine the significance of the life we lead. — Nelson Mandela
To summarize the career and legacy of Nelson Mandela is almost impossible. Newspapers and journals all over the world have tried without success. Mandela is such a rich and complex figure that I will not even try to do so, but rather offer a few personal reflections based on what I have been able to read about him over many tears of observing South Africa.
His funeral is already being described as the biggest funeral ever. That is no doubt a slight exaggeration, but it will be attended by the most world leaders in modern times. That alone gives some idea of the influence of this great man on the lives of others.

Mandela is held in deep respect within South Africa, where he was often referred to by his Xhosa clan name, Madiba. He was also called Tata, meaning "Father," since he has been described as "the father of the nation." Few people anywhere are as deserving of this title as Mandela. 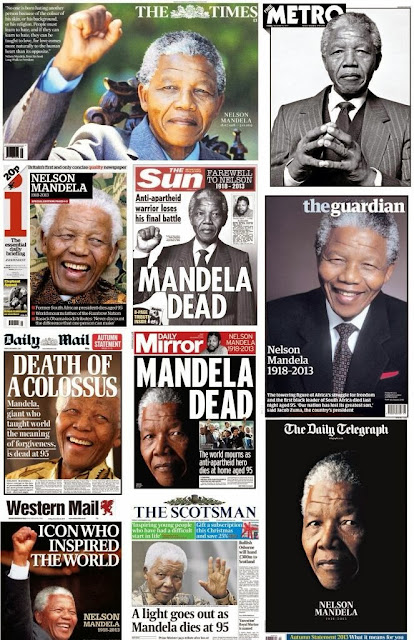 He has also been described as "Mr. Africa." Without him, the history not only of South Africa but indeed of all of Africa might have been very different. He demonstrated that whites and blacks can live together in peace.

That part of his story is well known and does not need to be repeated. But even so, there is too much to say. Much more will be said in the days and weeks ahead.

What I found especially interesting was Mandela's transition from the use of violence to non-violence in order to achieve his political goals. His long imprisonments (1964-90) may have contributed to the change, but there is more to this story than that.

Mandela had initially pursued nonviolent resistance, but he became the leader of  the armed wing of the African National Congress. Mandela and others at the time believed that this strategy would be more effective in their struggle against apartheid. It was that violent resistance that landed him in prison. In 1985, Mandela was offered a conditional release if he were to renounce violence, but he refused. 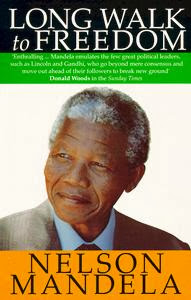 Afterward, Mandela continued to espouse his own version of non-violence. In Long Walk To Freedom, he explained the difference with Mahatma Gandhi's son, Manilal Gandhi, who was the editor of the newspaper Indian Opinion:

I saw nonviolence in the Gandhian model not as an inviolable principle but as a tactic to be used as the situation demanded. The principle was not so important that the strategy should be used even when it was self- defeating, as Gandhi himself believed. I called for nonviolent protest for as long as it was effective. This view prevailed, despite Manilal Gandhi's strong objections.

In the Sacred Warrior (2000), the book Madela wrote about Mahatma Gandhi, he explained his position on non-violence more fully. For Mandela the use of violence was a strategic decision, not a matter of principle:

Gandhi remained committed to nonviolence; I followed the Gandhian strategy for as long as I could, but then there came a point in our struggle when the brute force of the oppressor could no longer be countered through passive resistance alone. We founded Umkhonto we Sizwe and added a military dimension to our struggle. Even then, we chose sabotage because it did not involve the loss of life, and it offered the best hope for future race relations. Militant action became part of the African agenda officially supported by the Organization of African Unity (O.A.U.) following my address to the Pan-African Freedom Movement of East and Central Africa (PAFMECA) in 1962, in which I stated, "Force is the only language the imperialists can hear, and no country became free without some sort of violence." 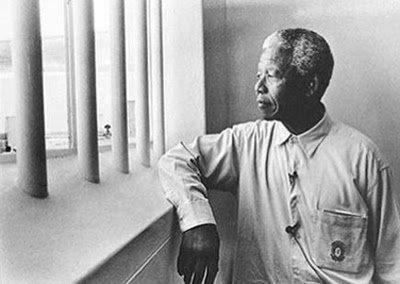 Nevertheless, the 27 years in prison had an enormous effect on Mandela.  According to Archbishop Desmond Tutu. it was a time of deep growth for him:

I think what happened to him in prison was something that you have to now accept my authority for it, that suffering can do one of two things to a person. It can make you bitter and hard and really resentful of things. Or as it seems to do with very many people--it is like fires of adversity that toughen someone. They make you strong but paradoxically also they make you compassionate, and gentle. I think that that is what happened to him.

Mandela did not merely grow, he was transformed. He became concerned about justice for all races as he explains in his autobiography bout the night of his election as President of South Africa:

From the moment the results were in and it was apparent that the ANC was to form the government, I saw my mission as one of preaching reconciliation, of binding the wounds of the country, of engendering trust and confidence. I knew that many people, particularly the minorities, whites, Coloureds, and Indians, would be feeling anxious about the future, and I wanted them to feel secure. I reminded people again and again that the liberation struggle was not a battle against any one group or color, but a fight against a system of repression. At every opportunity, I said all South Africans must now unite and join hands and say we are one country, one nation, one people, marching together into the future. 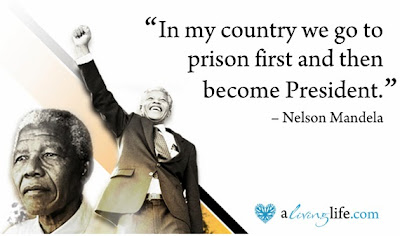 Therefore, it is not surprising that Mandela was unable to forgive the apartheid regime that had offered him a conditional release from prison, if he was prepared to renounce violence.  Mandela refused, insisting that black South Africans would not lay down their arms until the country’s white government did the same. He declared about President P.W. Botha in 1985: "Let him renounce violence. I cannot sell my birthright, nor am I prepared to sell the birthright of the people to be free." In fact, the African National Congress did not suspend the armed struggle until Mandela had been unconditionally released from prison and the ANC had been unbanned.

Mandela refused to grant legal absolution to the perpetrators of apartheid’s crimes until they had publicly confessed their guilt. The ANC, when it had won the fist fre elections in South Africa, overturned the action declaring amnesty to South Africa's police and security services. Instead Mandela created the Truth and Reconciliation Commission, which required detailed, public confessions by anyone seeking amnesty.

Mandela, whose mother was Methodist and whose father was a priest in the Xhosa religion, was unwilling to forgive the Dutch Reformed Church that had given theological sanction to apartheid. This is understandable, but it made him appear un-Christian. Mandela was never noted for his public display of faith, although he does espouse the African concept of Ubuntu, which stresses the idea of community.

There were many South Africans, who belonged to the Dutch Reformed Churches or to related churches, who had denounced apartheid. A good friend of mine in South Africa joined the ANC at the time in order to fight apartheid. Within the last few years, however, he has been disillusioned, since the ANC has rejected him and others like him. The ANC has become racist in turn and turned its back on its white supporters. 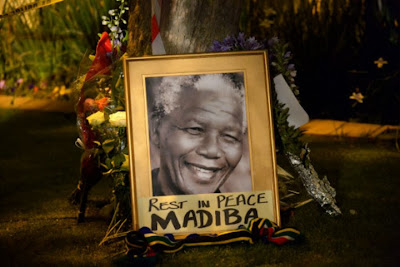 Mandela, indubitably, was a great man, but he had his weaknesses, as we all do. Yet he truly deserves the praise and honor that the world is according him. South Africa and the rest of the world is properly celebrating a life that has made a great difference in the lives of many people everywhere. This is why I too want to honor him with these personal observations.

Let me conclude on a very personal note. Many other people died on December 5, the same day as Mandela. Of course they will not be honored the same way, nor is that possible, but their lives have been significant within their own small circles. One was an aunt of mine, who was almost the last of her generation to die. Many other people that I know have also died since that day. And some friends are now on their deathbeds. By honoring Mandela I have not forgotten them. They will also be remembered.