Films about the Prophet Muhammad: an examination

This is the second of a two-part series on films about great religious leaders. Last time I looked at films about Jesus Christ. This time I examine films about the Prophet Muhammad. This series is prompted by the slated appearance in 2014 of two new films about these founders of the two largest religions in the world today. 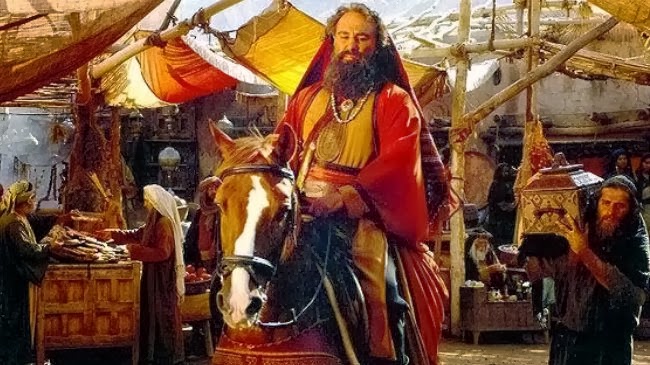 As I mentioned last time, 2014 will witness not only the appearance of the new film Son of God about Jesus Christ but also the premiere of Oscar-nominated Iranian filmmaker Majid Majidi’s expected blockbuster Prophet Muhammad. This movie will focus on prophet's life from childhood until he became a prophet.

Now, almost four decades after the famous Syrian film director Moustapha Akkad made a film about the life of the Prophet Muhammad (The Message). Majidi is bringing the prophet's life to the big screen. It already promises to be the most expensive film in Iranian history -- now an estimated US$50 million and still rising.

The film was expected to be ready by spring in 2013, but it now appears that it will not be ready even by the spring this year. Thus there is no certainty that it would be released in 2014. However, Majidi has promised that the film would be submitted to the 2015 Fajr International Film Festival, the most important film festival in Iran, so there is hope that it will appear by then at the latest. 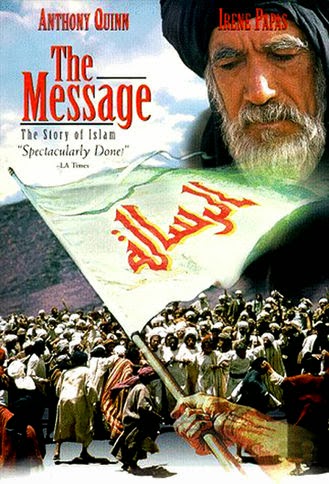 Early on the film makers decided that no image of the Prophet Muhammad’s face would be shown to reduce the potential for controversy in the Islamic world. Many Muslims regard any portrayal of the prophet as blasphemy. There are also conflicting reports that the film might be limited to the Prophet's childhood, with sequels to follow dealing with his later life.

The conservative clerics in Iran are very sensitive to the idea of any venerated religious figures being visually depicted. But Majidi has repeatedly denied that he would show the face of the Prophet, “Because of my own beliefs, I am not, and was never, planning to depict his holy image in my film. These rumors are completely unfounded.” 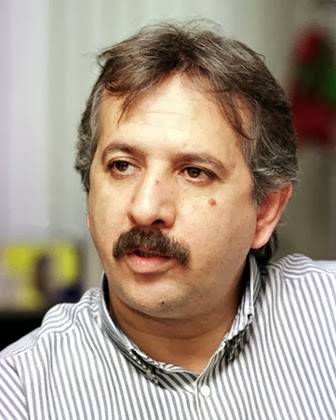 A cleric in Tehran explained that all Muslim clerics, whether Shiite or Sunni, agree that the Prophet's image should not be shown: "On the other hand, Shiites are more sensitive about this issue. For example, during the 1990s, when Davood Mirbagheri directed the series 'Imam Ali,' he did not show the imam’s face. Naturally, Majid Majidi wouldn’t dare to break such a great taboo either, particularly in a theocratic system and given the large budget that the establishment has provided him with."

How Majidi can produce a film on the Prophet Muhammad with showing his face will be difficult, but it has been done before, most recently in an animated film. Muhammad: The Last Prophet is a 2002 film that focuses on the early days of Islam and The Prophet Muhammad. He is not depicted in this film, but every scene where he is present is shot from his perspective or his words are paraphrased by the narrator. 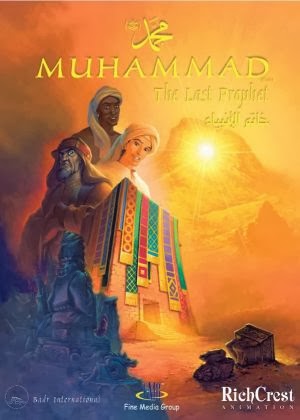 There are several other reasons that made Prophet Muhammad controversial even before its pending release. Chief among them is political. Majidi had earlier supported Mir-Hossein Mousavi, a former prime minster of Iran and Reformist leader, who according to official results lost the presidential election in 2009 against incumbent President Mahmoud Ahmadinejad. Musavi is now along with his wife under house arrest

Finances, because of the ballooning budget, are also crucial. The cost is already twenty times greater than that of any previous Iranian film. But even this cost is dwarfed by the news from Qatar, which in December 2012 announced that it would produce its own movie about the Prophet’s life. The budget for this film would be one billion dollars.

Muhammad: The Last Prophet is a 2002 animated film that  focuses on the early days of Islam and the Prophet Muhammad. In this film Muhammad is not depicted. Every scene where he is present is shot from his perspective, and his words are paraphrased by the narrator.

There have been many documentaries on the life of the Prophet Muhammad made by PBS and the BBC, as well as a few made for the History Channel, National Geographic and several other broadcasters. Muslims have also produced many introductions to the Prophet's life. None of them, however, have been controversial. 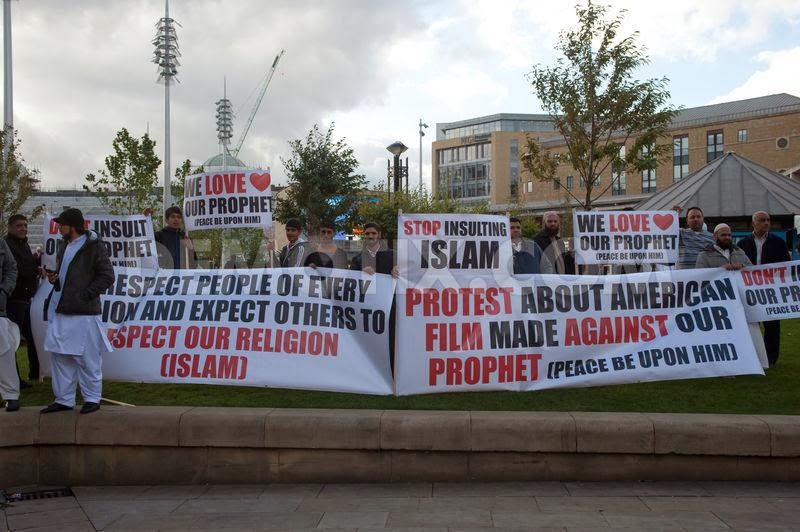 The most controversial film of all was Innocence of Muslims, which is the title attributed to an anti-Islamic movie "trailer" that was written and produced by Nakoula Basseley Nakoula, an Egyptian-born Coptic Christian and U.S. resident. This video was posted on the Internet in two versions (each between 13 and 14 minutes) in 2012, but it led to violent protests in which hundreds were injured and more than 50 deaths.

This film was originally titled "Desert Warrior." Any references to Islam were overdubbed and added after the filming over the original spoken lines. According to reports, the entire cast and crew were extremely upset and felt taken advantage of by the producer. It was clearly designed to offend Muslims, portraying the Prophet Muhammad as a bloodthirsty murderer and pedophile.

Depictions of Muhammad have caused a lot of disagreement within Islam. Although the Qur'an does not explicitly forbid images of Muhammad, there are a few hadith which have explicitly prohibited Muslims from creating visual depictions of the Prophet. Most Muslims reject depictions of all the prophets and especially the last one, Muhammad.

Muhammad receiving the submission of the Banu Nadir

Nevertheless, such depictions do occur in the long history of Islamic art. They were, however, rare. The key medium of public religious art in Islam was and is calligraphy.

If you visit a mosque today, you will never find a picture of Muhammad, but you may find calligraphy of his name. Hagia Sophia in Istanbul is no longer a mosque but it is now a museum that retains elements from the period when it was a church and included frescoes depicting Jesus Christ. However, there are no images of Muhammad. Instead one is confronted with huge shields that contain his name.

Judaism and Christianity have struggled for a long time about the propriety of making images of God. The second commandment strictly forbids making any "graven images." During the Iconoclastic controversies in the Christian church in the 8th and 9th centuries, the making of icons or images of any sacred figure was forbidden according to many believers. Even today, many Protestants reject any images or symbols of Christ in churches, except for a cross. 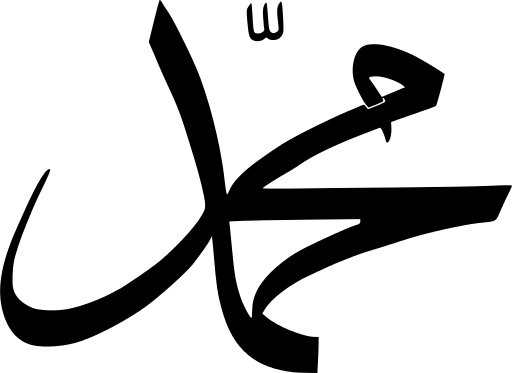 Calligraphy of the name Muhammad

How Muhammad will be portrayed in Prophet Muhammad remains to be seen when this film is actually released. So far there not even any trailers for it. The controversy surrounding any depictions of the Prophet will no doubt continue.

Most Muslims are extremely upset when such depictions do occur, as the world saw after the Danish cartoon controversy in 2005 and the Innocence of Muslims in 2012. The violence that ensued demonstrates how deeply rooted their feelings lie. That such violence may have been excessive does not negate the beliefs of many Muslims. Rather it illustrates how deep seated these beliefs are.

Christians and Jews should be careful not to reject the belief of Muslims when it comes to depictions of holy figures, especially Muhammad. Christians have had their own difficulties with the issue of icons.

The world eagerly awaits the release of this latest film about the Prophet Muhammad. I hope that it may not become as controversial as some such films have been. Time will tell.