This is the second in a series on religion and violence. I want to examine religious extremism and those who use religion to justify their extremism and use of violence to achieve their ends. 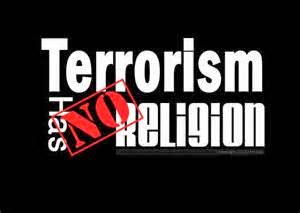 Other religions have given birth to it, either in the remote past or in the current era. The atrocities perpetrated by Christians during the Crusades can be matched by many extremist groups at present. No religion can claim that it has no extremists groups that practice violence. Even Buddhism is guilty of resorting to violence, as attacks on Muslims in Thailand demonstrate.

The Islamic State is arguably the prime example today, but it has lots of company not only in the Middle East but also elsewhere in the world. Yet whatever abbreviation is used, whether IS, ISIS or ISIL, this group is so extreme that even Al Qaeda has disowned it.

However it would be foolish to hold Islam responsible for all the violence that ISIS has perpetrated any more than blaming other religions for the violence done by some of their adherents. It is not the religion that is to blame but the people who have perverted that faith.

Nearly all religions preach peace, Islam included. In fact, a good case can be made for Islam as a peaceful religion since the name Islam, which means submission, also contains the root for peace. 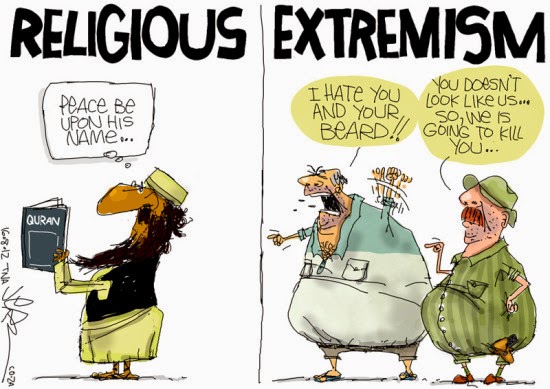 The jihadists of ISIS are a case in point. It is difficult to ascertain the exact number of westerners in ISIS. But the US State Department estimates that about 12,000 foreigners have traveled to Syria from at least 50 different countries to fight with a number of different groups, including ISIS. Many of these men from Britain, Germany, France and a few other European countries, as well as the US, Australia and Canada.

Women are still rare in ISIS, but that changed after the establishment of the caliphate, although ISIS still does not permit women on the battlefield. They are often married off to other jihadists, generally foreigners.

Many of the westerners are new converts to Islam, and very few know much about their new faith. Two British jihadists purchased Islam for Dummies and The Koran for Dummies before they left for Syria  The Islamic faith, it seems, has little to do with the modern jihadist movement.

What are the drivers of radicalization? There are many: moral outrage, disaffection, peer pressure, and the search for a new identity and for a sense of belonging and purpose. These wannabe jihadists have been described as "bored, underemployed, overqualified and underwhelmed" young men for whom "jihad is an egalitarian, equal-opportunity employer . . . thrilling, glorious and cool."

Many jihadists have led and continue to lead un-Islamic lives. They are pathetic figures. The best way to fight them is to deprive them of the publicity that they crave. The media should ignore them. 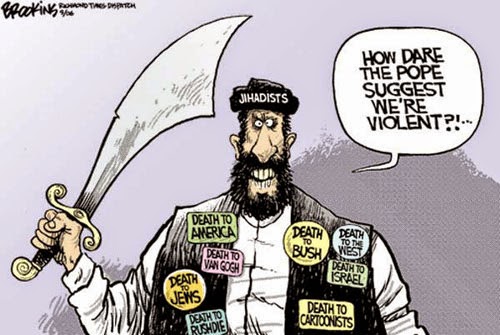 Religion, of course, does play a role. A politicized form of Islam has been very successful in focusing the anger of many Muslims and mobilizing the masses. The new caliphate is not recognized by all Muslims, but for some it represent a beacon of hope. These Muslims continue to form the bulk of the fighting forces of ISIS.

The message of ISIS is a perverted form of Islam. This message has been rejected by many Muslims, even in the heartland of Islam, Saudi Arabia.That country is supporting the US-led coalition that is fighting ISIS, although the Saudi government has not been able to win the support of the Saudi religious in confronting the ideology of ISIS.

The woldview of ISIS is apocalyptic, sectarian, and Salafist. It shares this extremist worldview with Boko Haram and al-Shabab, among others. It is not interested in democracy. On the contrary, it is committed to use violent means against all those, including Muslims, who reject their ideology.

This perverted form of Islam has become ascendant in the Middle East. This perversion is united with a misreading of the Qur'an in light of a fatwa that seems to endorse violence against non-Muslims. 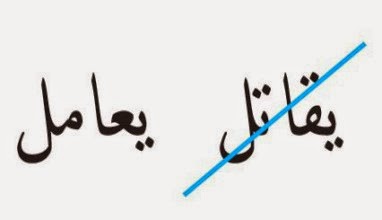 The typo in the Mardin fatwa that changes the meaning

The Mardin fatwa, written originally by Ibn Taymiyya (d 1328) who was from the Mardin area of Turkey at the time of the Mongol invasion, was, and is still used by many militant terrorist groups such as ISIS to support and justify their killings of countless numbers of innocent people.

This typo changed the meaning of the entire fatwa. It has become a mandate for some to kill anybody who they consider an unbeliever (takfir). ISIS is using this fatwa to justify its violent behavior. But if this fatwa has been changed through this typo, and later misused by jihadist groups, then the entire Muslim world needs to be taught about this egregious error.

Shayk Abdallah bin Bayyah, a distinguished Mauritanian scholar, first unearthed the Mardin fatwa error, He recently addressed the United Nations, where he stated that bombs do not change ideas. The only realistic course of action is to to teach the next generations that the pursuit of violence does not lead to paradise and is, in fact, contrary to the teaching of Qur'an and Prophet Muhammad. But this will take time. He proposes, in his own words, a war on war to create a peace upon peace. 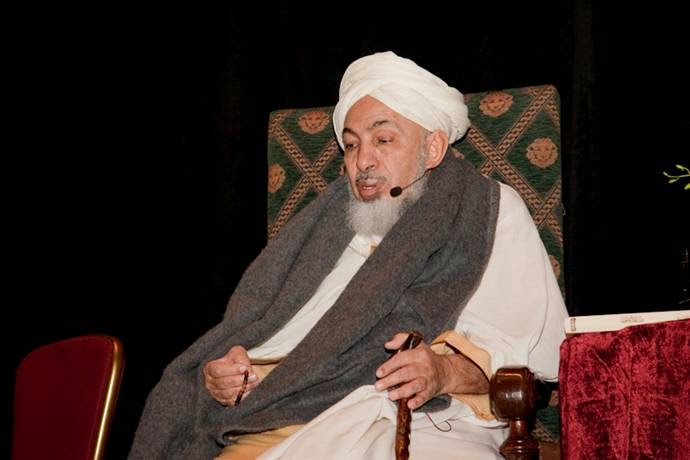 One of the problems in the contemporary Muslim world is that there us little recognition there for the role of authority. At one time, among Muslim scholars, the authority to teach and pass on knowledge was paramount. The tragedy of the modern Islam, however, is that any unqualified person who owns a hadith collection can today pronounce fatwas. The consequence of this has been disastrous.

ISIS cannot quickly be eliminated. Bombing alone is not going to achieve this. Even the use of ground troops -- who should only come from the Arab world -- will not get rid of ISIS. The pathology that gave birth to ISIS lies so deeply embedded that it cannot be removed in any other way than that proposed by bin Bayyah: education.

Violence only begets more violence. Education indeed takes time, but in the end it can produce good results. In contrast, the war that is currently being waged by Obama will end in failure as the previous wars in the Middle East involving the US have. Successive bombings of ISIS will only produce more recruits. It may help to protect some cities or groups, but it will not bring about peace.

As a Canadian, I am disappointed -- no make that outraged -- that the Conservative government has joined the US-led coalition against ISIS. This misguided action was one of the factors that prompted this series on religion and violence.

What is the proper response of religiously-motivated violence. The answer is surely not more violence. It must be peace.