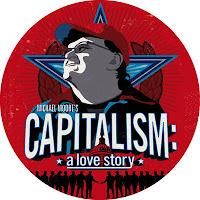 Is capitalism evil? Yes, contends US documentary maker Michael Moore in his latest movie, "Capitalism: A Love Story," where he proves that capitalism is evil. The idea for this post came as I was flying across the Atlantic and was able to watch this movie, which comes with a warning that it is not intended for children. I would add that it is not intended as entertainment either. Instead, it is a hard-hitting attack on capitalism, which blends his trademark humor with tragic individual stories, archive footage and publicity stunts.

Moore argues that capitalism benefits only the rich while condemning millions to poverty. He explains, "Capitalism is an evil, and you cannot regulate evil," he concludes. "You have to eliminate it and replace it with something that is good for all people and that something is democracy." 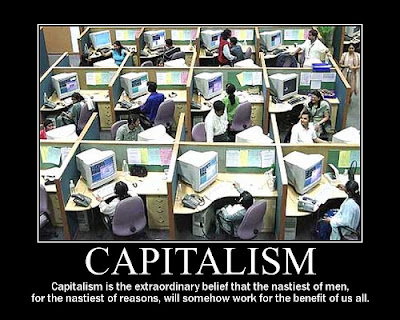 Big banks and hedge funds gambled with investors' money, using complex derivatives that few, if any, really understood. Meanwhile, large companies have had laid off thousands of staff despite boasting record profits. Moore also sees an uncomfortably close relationship between banks, politicians and U.S. Treasury officials. With official connivance, regulations were changed to favor the few on Wall Street rather than the many on Main Street.

Moore says that by encouraging Americans to borrow against the value of their homes, businesses created the conditions that led to the crisis, and with it homelessness and unemployment. The film features several priests, including a bishop, who say capitalism is anti-Christian by failing to protect the poor.

"Essentially we have a law which says gambling is illegal but we've allowed Wall Street to do this and they've played with people's money and taken it into these crazy areas of derivatives," Moore told an audience at the Venice Film Festival. "They need more than just regulation. We need to structure ourselves differently." 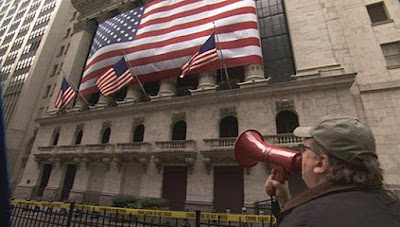 Moore on Wall Street trying to make a citizen's arrest

Moore is hardly the first person to preach this message, but he does so in a hard-hitting way that some, and not only the very rich, may regard as offensive. Even those who would stand to benefit most from him may not appreciate his in-your-face attack, such a when he goes to Wall Street and some corporate head offices to make a citizen's arrest.

Yet the story he tells is simple enough even for the most committed couch potato to understand: the rich are getting richer at the expense of the poor. This message was the one that motivated Occupy Wall Street and the other occupy movements all over the world. The 1 % through their manipulation of the political and economic levers of society are enriching themselves without any concern for the untold suffering that results for the rest, the 99%. Quite frankly, the rich don't care for what happens to the rest. Moreover, they blame everything, except the capitalistic system. 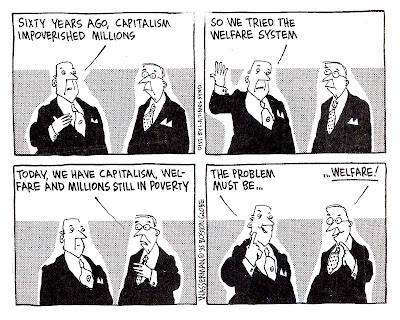 That the very rich critique Moore so bitterly is understandable, but that some of the 99% do so as well can only be explained by the successful media attacks prompted by the rich. Moore has been accused of being a hypocrite, since he is a multimillionaire--his net worth is reputedly $50 million. Such ad hominem arguments, however, miss the point that both Moore and the Occupy Movement are making: this is an issue of the heart.

Some critics (see http://4simpsons.wordpress.com/2009/10/07/fallacies-r-us-michael-moore-tells-us-about-jesus-and-economics/) charge that Moore takes verses out of context to match his view of the Bible and his version of God. They also charge him with making major errors in his understanding of capitalism. What these critics fail to grasp is that definitions, such as that of capitalism, are not neutral and objective, but are shaped by subjective attitudes which are matters of the heart.

These critics are also blind to the influence and power that capitalism already has, and that it is prepared to use whatever means are necessary in order to increase that influence and power. Today capitalism has become virtually unstoppable, unless enough people wake up and start protesting, as the Occupy Movement is doing. This movement is not dead, in spite of being evicted from parks and public places everywhere by the powers that be. That eviction illustrates the power of capitalism. 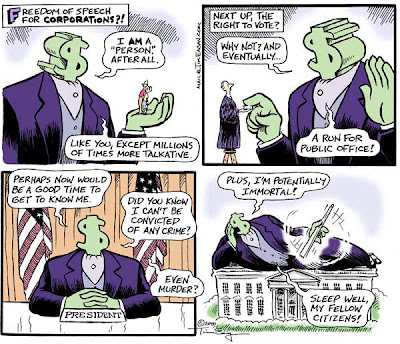 The Bible never condemns wealth as such. Abraham, for example, was a very wealthy man. Thus the Bible does not regard money as evil. Instead, as we read in 1 Tim. 6: 10: "For the love of money is at the root of all kinds of evil." Unfortunately, there are people who crave money. They are addicted to it. And thus to all and sundry they explain that the only purpose of doing business is to make money. Money! Money! That is all there is for them. What a sad existence for them, and even more so when this attitude is used to justify greed at both the individual and corporate level--a greed that blinds them to their extortionist practices.

Capitalism is evil, if by capitalism we mean more than the mere possession of capital; instead, it expresses an attitude to money that the Bible describes simply as greed. Capitalism is evil because it is marked by greed and does not concern itself with the poor. 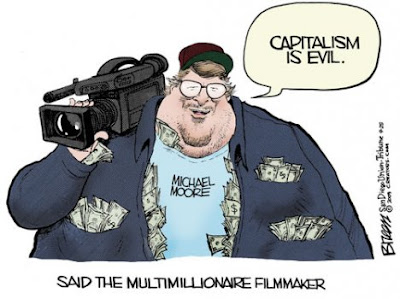 Moore may be rich, but that does not make him a capitalist, nor does this movie make him a hypocrite because he belongs to the 1%. On the contrary, his heart is with the 99%. That is why he has produced movies such as "Roger & Me" and now "Capitalism: A Love Story."

His gruff persona may put some people off, but it expresses his identification with the victims of capitalism. For that I want to thank him. It made my flight more enjoyable, even if it was somewhat disturbing. That, of course, is Moore's intention. I hope that more people will be disturbed and will join the protest, otherwise soon protest itself will be controlled. 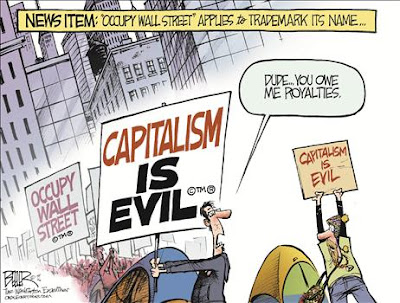