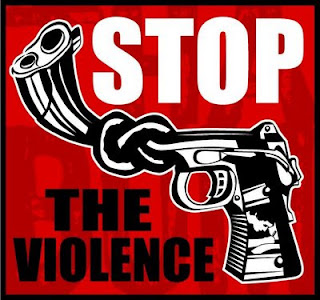 Our society glorifies violence. Although we all are horrified by what happened in Aurora, Colorado, life will soon return to normal again, except for those who were wounded or for families who lost loved ones. For them the scars will remain for many years to come. Most of us, however, will continue to glorify violence.

On July 20, 2012, a mass shooting occurred during a midnight screening of the movie The Dark Knight Rises at a movie theater in Aurora, a suburb of Denver. A gunman, dressed in dark clothing, set off smoke or gas canisters and shot into the audience with multiple firearms, killing 12 people and injuring 58 others.

The sole suspect is 24-year-old James Eagan Holmes, who was arrested outside the cinema minutes later. Afterward, when the police checked out his apartment, they discovered that it had been booby trapped with explosives. They also revealed that Holmes had planned this shooting for several months. Eventually, of course, the courts will have to determine his sanity. 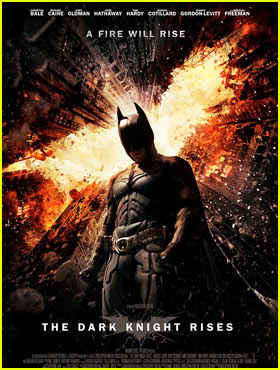 The Dark Knight Rises is a dark film, the third in the Batman trilogy, that extols violence, as do many films today. The irony of this shooting occurring during a screening of this film has escaped no one.

One person later tweeted that James Holmes might have have been influenced by the second film in the trilogy, The Dark Knight Returns. In this film a gunman opens fire on a theater killing several people.

The same week there was a shooting at a block party in Toronto, where two young people were killed and 23 people, including an infant, were sent to various hospitals with gunshot wounds. In this case, the violence was gang-related. For this reason, the perpetrators are still unknown, although one victim was arrested and charged with the reckless discharge of a firearm.

In Norway, July 22 marks the anniversary of an attack that ranks among the worst peace-time atrocities in modern history. Anders Behring Breivik, who is currently on trial for the calculated slaughter of 77 people, has admitted his crime, but the court has to rule yet on his sanity. 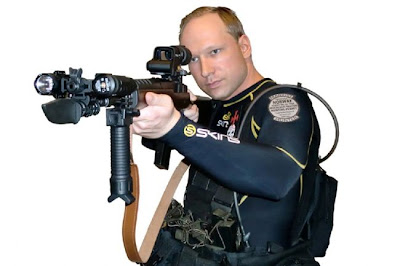 Taken from Breivik's own manifesto and video

Not far from Aurora is Columbine High School, where 12 students and one teacher were massacred 13 years ago. The two young men responsible, who we now know apparently had psychological problems, also killed themselves. The massacre sparked fierce debate over gun control laws, the availability of firearms in the United States, and gun violence involving young people.

If there is one common denominator connecting many of the killings, it seems that the perpetrators were mentally unbalanced. But all these killings were senseless acts of violence that should not be condoned by our society.

While there is little we can do ahead of time to stop psychopaths from perpetrating such violence, there are many steps we can take to minimize this and other forms of violence. 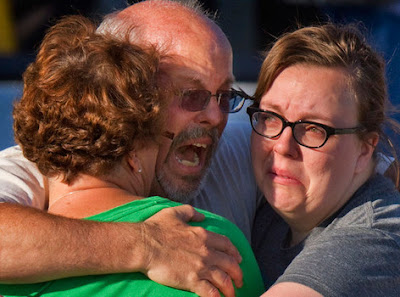 The anguish of the Aurora victims and their families

First, we must stop glorifying violence. We must regard violence the way we do child pornography. Violence in all its forms claims over 1.5 millions deaths ever year worldwide. To bring it closer to what happened last week, thirty people die every day in the US as the result of gun-related violence.

Why do we continue to extol violence in movies? It is often gratuitous, intended only to sell tickets. If we do not permit gratuitous sex scenes, why do we allow gratuitous violence? Rating films and disclosing sex and violence on TV is not enough. 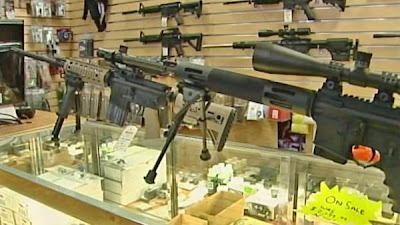 Will the Aurora shooting reopen the gun control debate?

Second, why do we allow people to possess automatic weapons with clips that fire up to a hundred rounds without reloading? Such weapons are not necessary for hunting. For that matter, why permit handguns, which were used in the shootings in Toronto? In fact, why permit guns on our streets at all?

The father of one of the victims of the Columbine massacre, who is now an advocate of gun control, admits ruefully that the situation is even worse today than it was 13 years ago. Colorado is probably no worse than other states when it comes to violence, but it has not acted to restrict such weapons after Columbine nor is it expected to do so now.

The National Rifle Association, which is consistently ranked the most powerful lobby in the US, makes sure of that. It uses the Second Amendment to the US Constitution to press for the right of people to possess, and even to carry weapons in public. Many scholars regard that as a misuse of the Second Amendment.


The situation in Canada is not much better. The Conservative government recently abolished the long gun registry, which required such weapons to be registered. That was stupid, in my opinion. I think the NRA is also stupid for its advocacy of weapons that many of us only consider appropriate on the battle field.

But because of my belief in active non-violence, I seriously question the use of such weapons even there. 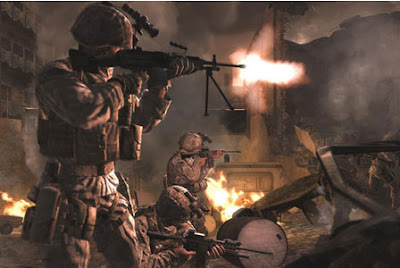 Third, we must try to deal with the causes of violence, in particular those that do not involve psychopaths. Gang-related violence, such as in Toronto, is rooted in poverty and joblessness. Unaware of this, the mayor of Toronto with a flagrant disregard for human rights stated that he wanted to expel the perpetrators from Canada, and even from the city, as if that were possible. 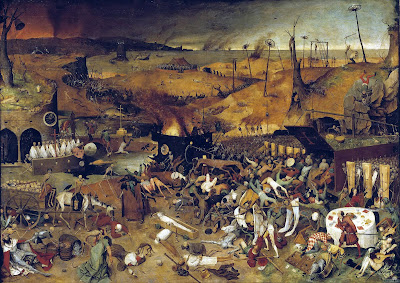 Fourth, we must become aware how pervasive violence is not only in our society but throughout history. Violence is nothing new. The Bible records many acts of violence, starting with the first murder, when Cain killed his brother Abel. History is replete with stories of violence. One wishes it were otherwise, but it is not.

Violence takes many different forms. It is found at home, at school, at work, and on the battle field. We find on our movie screens, and now even in the theaters. We cannot escape it anywhere. 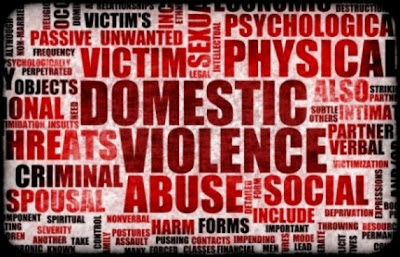 Fifth, we must stop glorifying violence and realize its horrific nature. Violence is rooted in sin, and is therefore inescapable. It affects everyone of us. None of us can escape  its impact, whether actively or passively. After Aurora, many people have become fearful of visiting a theater. Many theaters have augmented their security.

My wife abhors violence so much that she hardly ever watches TV, even for the evening news, since that has become a chronicle of violence. Many of us, in contrast to her, have become inured to violence. Some of us even extol it.

Is it any surprise that the psychopaths living among us should resort to violence? Are any of us totally immune to the use of violence? Who of us at some time or other has not resorted to violence in a moment of anger?

We may not charge into a theater and shoot everyone in sight, but in our hearts we have all wanted to hurt other people on occasion. That is sin.

What happened in Aurora is so terrible that we find it difficult to comprehend. So are the senseless killings that take place every day in Syria and other hot spots in the world. In the face of these horrendous realities, why do we continue to glorify violence? Let us pray that every form of violence stops soon. 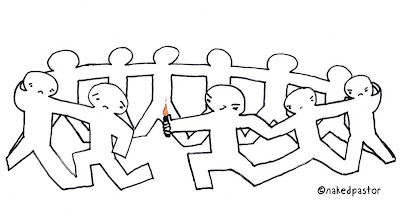