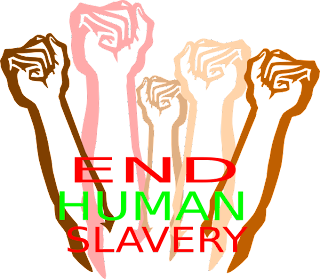 Slavery is as old as the human species. It has existed in every society and persists even today. Although it has been outlawed in every country of the world, it is estimated that there are now more slaves than at any time in history -- from 12 to 27 million, according to various sources, and possibly more.

Slavery is still practiced in many countries, especially in Africa and Asia. Many are debt slaves, often forced to pay off debts that sometimes go back several generations.

Human trafficking is widespread, with men, woman and children forced into manual labor and many also into prostitution. Because such trafficking is illegal, its extent is unknown. This contributes to the lack of precision about how many slaves there are today. 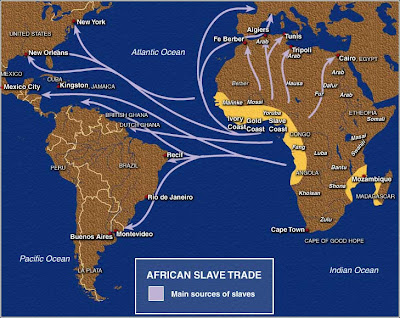 The most well-known form of slavery, at least to North Americans, is the transatlantic slave trade, although slavery was practiced already in Africa long before this. The slave market was supplied by well-established slave trade networks controlled by local African societies and individuals.

At first slaves were brought to Europe, but later they were transported directly to the Americas.  An estimated 12 million Africans arrived there from the 16th to the 19th centuries, when slavery was finally abolished in Europe and North America.

On a somewhat controversial note, it must be added that many historians argue that African merchants may have played a key role in the slave trade by determining the trade goods they wanted, and thus they should share some responsibility for it.

The topic of slavery, especially to the Americas, was vividly brought home to me a week or so before I left the Gambia. Together with friends from Canada, my wife and I did the "Roots" tour on the Gambia River. 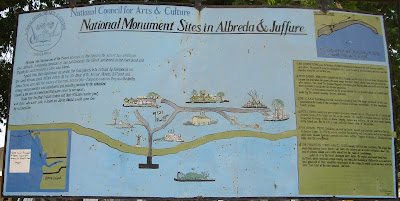 This tour visits the village of Juffure, about two hours by boat from Banjul, the capital of the Gambia. Juffure was immortalized in the novel Roots: The Saga of an American Family by American author Alex Haley, as well as the television miniseries Roots, which was based on the book.

Kunte Kinte (c. 1750-c. 1822) was the central character of the book. He was a Mandinka-speaking young Muslim when he was captured and shipped to Maryland, where he was sold to a Virginia plantation owner. The novel, which is really fictionalized history, traces his life as a slave. Haley had discovered that he was a seventh-generation descendant of Kunta Kinte.

Juffere today is a typical dusty African village, although it attract tourists because of its connection with Kunta Kinte. There is the inevitable market that caters to the tourists, but has little else to offer other than a museum that vividly describes the transatlantic slave trade. This museum makes the horror of slavery almost tangible.

The newly captured slaves were first brought to Juffere, from where they were brought to James Island (now called Kunte Kinte Island in the Gambia), about  three kilometers away, where they were imprisoned until they could be shipped to the American colonies. The slaves apparently could not swim from the island to the mainland.

This was a one-way voyage in many ways -- about 10% of the slaves did not survive the trip -- in tiny ships, where the slaves were packed like sardines without any provision of amenities. 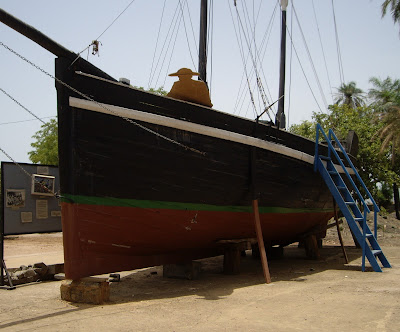 There are other museums elsewhere that also portray these horrors, but this museum helped to convince me, as if I needed any further convincing, that slavery needs to stop. I found it hard to imagine that the inhuman treatment of fellow human beings continues today in many parts of the world and that slavery is still tolerated. 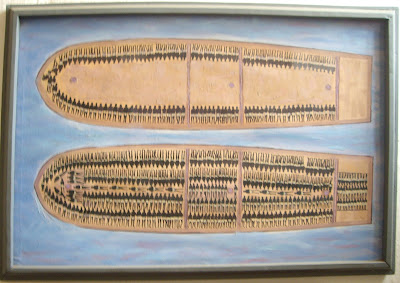 Slavery must be abolished totally. These men, women and children are all created in the image of God; they are our brothers and sisters who must be treated just as we would want to be -- justly and lovingly.

The world must no longer look the other way and pretend that slavery does not exist. Unfortunately, it does. We must stop it once and for all. If we don't do it now, someday there will have to be many new museums built all over the world to portray the horrors of contemporary slavery. 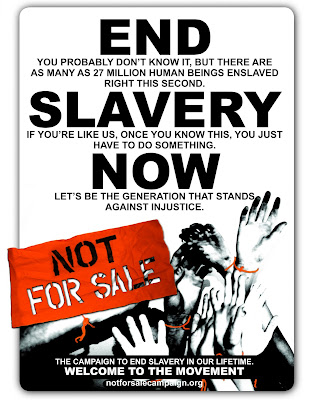