The Refugee and Migrant Crisis

Because of conflicts in the Middle East, there are more refugees today than in any time in the past few decades. They have been joined by thousands of migrants from northern Africa and elsewhere. As a result, there is a major crisis in many countries, especially in those to which people flee initially as well as those where they eventually settle.

According to the UN Refugee Agency, also known by its acronym, UNHCR, there were 19.5 million refugees worldwide at the end of 2014, 14.4 million under the mandate of UNHCR, about 2.9 million more than in 2013. All the following statistics are from the UNHCR.

During 2014, conflict and persecution forced an average of 42,500 persons per day to leave their homes and seek protection elsewhere, either within the borders of their countries or in other countries. Last year developing countries hosted over 86% of the world’s refugees, as compared to 70% ten years ago.

In 2014, the country hosting the largest number of refugees was Turkey, with 1.59 million. By the end of 2014, Syria had become the world’s top source country of refugees, overtaking Afghanistan, which had held this position for more than three decades. Today, almost one out of every four refugees is Syrian, with 95 per cent located in surrounding countries. 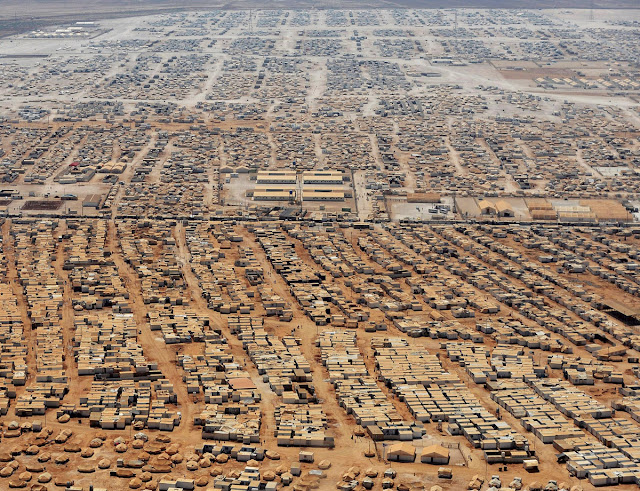 The UNHCR report explains that last year, 51% of refugees were under 18 years old which is the highest figure for child refugees in more than a decade. Imagine these children growing up in camps!

An estimated 13.9 million people were newly displaced due to conflict or persecution, including 2.9 million new refugees. By the end of 2014, the number of people assisted or protected by UNHCR had reached a record high of 46.7 million people.

In addition, about 38.2 million people were forcibly uprooted people and displaced within their own country and are known as internally displaced people (IDPs). In the Syrian Arab Republic, the number of IDPs increased to 7.6 million, the highest number anywhere in the world. Iraq has also witnessed massive new internal displacement as a result of the Islamic State offensive.

If these refugee statistics were not enough, Europe is now being flooded with refugees and other migrants, many of whom cannot find work at home and want to improve their living conditions. The latter are often called economic migrants in order to distinguish them from refugees. But this is a distinction without a difference. Many migrants are fleeing war, yet they are not labelled as refugees. 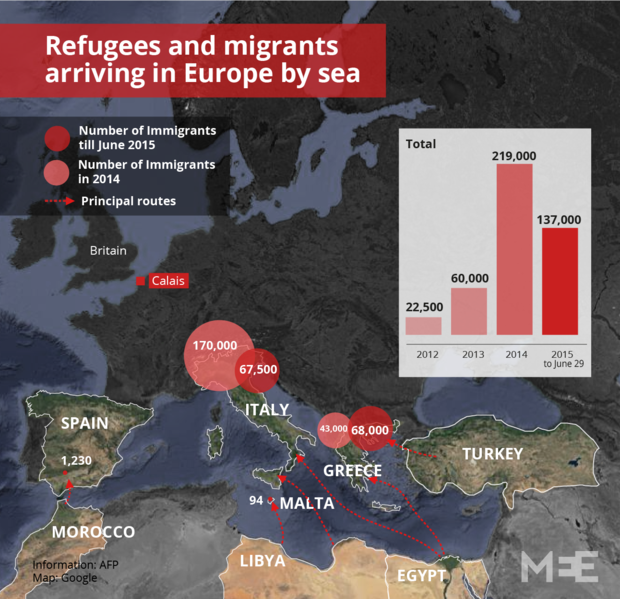 Germany expects to receive 800,000 migrants this year; that will be four times more than in 2014. More than 50,000 have already arrived in Italy thus far in 2015. Hundreds are believed to have died in leaky boats attempting to cross the Mediterranean.

Hundreds have tried to enter Macedonia from Greece, which has received 160,000 migrants in the first seven months so far this year and has now closed its border with Greece, Hungary has built a four-meter fence along its border with Serbia to curb immigration after more than 100,000 had already entered Hungary this year.

Thousands are camped out in Calais outside the Eurotunnel trying to get on trucks going to Britain. These are mostly men who have fled Africa and the Middle East and are desperately seeking a better life elsewhere. They risk life and limb by clambering onto the trucks.

Regardless of whether these people are called refugees or migrants, they pose a challenge to the countries where they are first received as well as tose where they eventually settle. By themselves, none of these countries is capable of handling the huge influx of migrants, who in some cases have literally washed up on their shores. They need to cooperate. 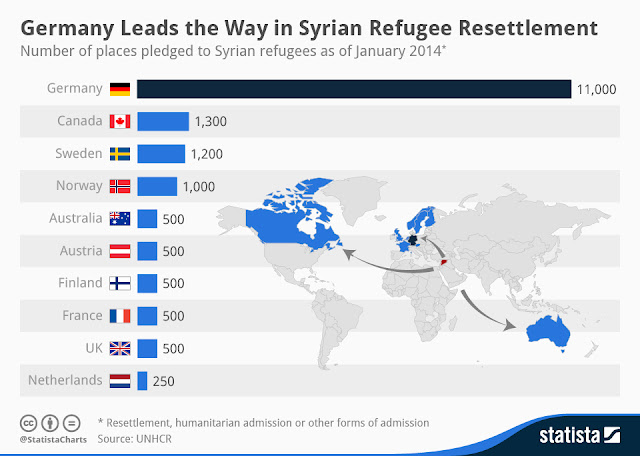 For years I have worked with an organization that helped to sponsor refugees. I also know what it means to be an economic migrant. My parents emigrated from the Netherlands shortly after World War II, primarily so that their children would have better educational and economic opportunities.

When they left, the economic situation in Europe was not as good as it would later become. Nevertheless, they never had any regrets about immigrating to Canada. This experience has given me a different vision than many native-born Canadians of the challenges of migration.

How should richer countries in the West deal with this influx? Is it fair to turn them away at the border, as some countries are doing? Other countries, because they are far away, do not have to process the migrants who are flooding into Europe, but that does not mean that they should not help them whether financially or by admitting them.

Canada, for one, could do much more, in particular by welcoming refugees. From 1975 to 1980, Canada accepted more than 55,000 Vietnamese, refugees. These became known as "Boat People." There were also thousands of Cambodians and Laotians in this group. Photos from that period are eerily similar to the ones who see today of those attempting to cross the Mediterranean. 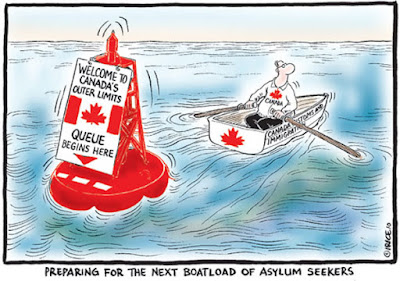 I know some of these people personally; most have been very successful and have integrated well into Canadian society. Whether they were refugees, migrants or immigrants, all those who have arrived in Canada during the last few centuries have made enormous contributions to their new country.

Why can Canada not welcome a similar number, or even double that, from Syria? That would hardly make a significant dent in the millions of Syrian refugees, but it would indicate the willingness of Canadians to open their doors and their hearts to these desperate men, women, and children.

Canada is a country that was built by immigrants from countries all over the world; many of them quite recently. In Toronto, more that 50% of the population was not born in Canada. Even the "First Nations," as they are called here, arrived from Asia thousands of years ago, although they might dispute being regarded as migrants or immigrants.

With the "Boat People," churches were in the forefront of sponsoring refugees. Today I would like to see not only churches but also synagogues, mosques, and temples do the same. Any faith worth its salt will seek to help those who are in desperate need. That is simply the right thing to do. 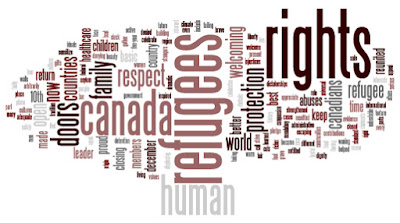 As Canadians, we can and must do more to help refugees and migrants! In fact, as people of faith, we are mandated to do so! So what are we waiting for?