To change, or not to change -- that is the question 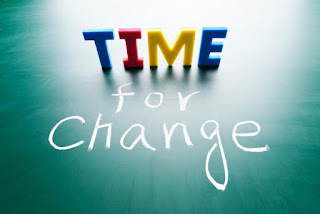 Like Hamlet, Canadians are faced with an enormous and potentially history-making choice in the October 19 election if the NDP were to win. People must choose whether to change or not to change. This is an existential question for Canadians as much as it was for this (fictional) Danish prince.

Succinctly, in the words of Thomas Mulcair, the leader of the NDP, "In this election, Canadians have a clear choice between four more years of Stephen Harper and the Conservatives or my plan for change."

The Liberals, NDP, and other opposition parties all agree on the need for change, as do a majority of Canadians. Both the NDP and the Liberals have election slogans that reflect this choice: for the NDP, it is "Ready for Change";  for the Liberals, it is "Real Change."  Clearly, everyone wants change!

For the Conservatives, in contrast, the message to voters is "to stay the course." Stephen Harper has warned that a non-Tory government could "wreck" the economy, and he has defended his party’s economic plan as the best way to weather the current economic downturn.

If Harper wants to win the election, he will have to convince enough voters that he is the best person to captain the ship called Canada. Many of his Conservative base no doubt will continue to support him, but he will also have to attract some who voted for him in the past but are now ready for change. 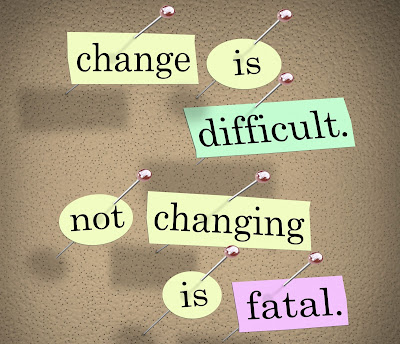 My motivation for writing about this is the result of my reflections on the topic of change. Change should not frighten us, yet often it does. My message is especially directed to those who are afraid of change and, therefore, intend to vote Conservative.

These election slogans were not chosen randomly, but they do get at the roots of what conservatism means. They refer to more than the need to replace Harper but also to the fear that many conservatives have of sudden changes. But change is necessary and inevitable!

The opposition parties are appealing to -- no, imploring -- voters that conservatives rise above their innate and deep-felt ideology this time and vote for change, while those who are not conservatives should vote for the parties that want to bring about change. Everyone should spring on the bandwagon.

Conservatism is generally associated with a fear of change, or at least sudden change. It emphasizes tradition, stability, and continuity, or even a return to the past when things were better. It is also associated with small government, balanced budgets, family values, traditional marriage, free markets, capitalism, and so on.

Change cannot be avoided. When we live, we are constantly changing. Cells die and are replaced, or they mutate aggressively -- then we have cancer, Identity remains, but changes happen, as we realize when we compare photos of ourselves from the past with the person we see in the mirror every day. 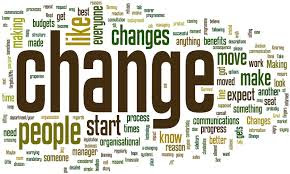 Heraclitus, an early Greek philosopher, famously said, "One cannot step into the same river twice." The river remains the same, but the water changes. So do we, so does society, so does everything. Thus why should we fear changes so much?

Harper not only believes in small government but he is also afraid of science, in particular, science that contradicts his worldview, whether that is climate change or sociology or whatever. His message is appealing to many, especially religious conservatives.

Religious and political conservatism are often equated, but this equation does not necessarily follow. The noted evangelical John Stott once said, "Every Christian should be both conservative and radical; conservative in preserving the faith and radical in applying it."

People of other faith have to deal with this issue as well, especially in the Canadian context. For example, does a conservative Muslim have to vote Conservative? The same question applies to Jews, Hindus, Buddhists, or any other religion. 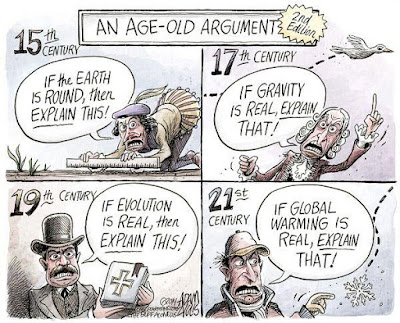 My intention is not to pick a fight with religious or political conservatives. I merely want to make some observations about change. None of us should fear change as such; while some changes are not good, many are good or, at least, necessary. Change is inevitable and cannot be avoided. We must always choose the good, if possible, and avoid the bad, but change is an inherent part of life.

While I prefer not to use terms such as conservative, liberal, or socialist, they are commonly resorted to in describing the worldviews that we see every day. I would like to construct alternatives to these prevailing views, but that is not easy nor is readily understandable by others. Thus, I will use them for the sake of this discussion.

In the context of the Canadian election in October, the choice is stark and obvious: either choose change or stick with the status quo. Unfortunately, the latter will mean more of the same that Canadians have experienced for almost a decade. Most Canadians prefer change.

I just read an article entitled, 100+ Reasons Not to Vote for Harper. I also read one with the title, 100 reasons to vote for Harper Conservatives on Oct. 19, 2015.  Personally, I find the first article much more convincing. You may disagree; that is your privilege. But don't do it because you are afraid of change. The Conservatives have played up the fear-factor too much already; don't play into their hands any further.

In this election, I am voting for change. I do not want another term of Harper and his Conservatives. In the past decade, he has managed to transform Canada in ways that I find dangerous for the future --of this country. When another -- very different -- government is formed, it will take a long time for the changes that Harper has made to be undone. I want to save the Canada I love; not the Canada that Harper has transformed according to his own ideology. 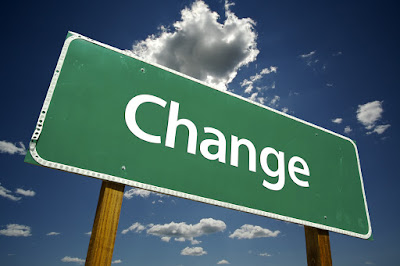 This election promises to be fateful for the future of Canada. The Conservatives do not deserve another mandate in the opinion of many Canadians; thus there are only two viable options: the Liberals or the NDP. In my opinion, the NDP is the best choice not only for my own riding but for the entire country.

In past elections, I preferred to vote for the best candidate locally. I will do the same this time, but now I want to make sure that Canada gets a new and hopefully better government. However, there is a real chance that the anti-Harper vote will be split three ways between the Liberals, NDP and Greens, and that the Conservatives would, therefore, receive a new mandate. That would be tragic!

Many people want to vote strategically in order to avoid this. One way to do this, if you are a Canadian and can vote in this election, is to go to Vote Together where "over 55,000 people have already pledged to select and support the best local candidates to defeat the Harper Conservatives and move Canada forward."

As they point out: "In 2011, a majority of people voted for a change in government, but our broken voting system gave the Harper Conservatives 100% of the power with just 39% of the vote. This time, if we vote together, we can stop the riding-by-riding vote splitting that lets Harper win."

Canadians, the choice is yours! Are you voting for change or for the status quo? As a voter, this may be one of the most important decisions you will ever make! Therefore, you must vote!