Tourism: a new form of colonialism? 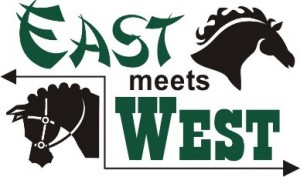 Instead of promoting a general discussion of this issue, which is too large for this blog, I want to restrict myself to the topic of tourism, and ask whether that has become a new form of colonialism. But tourism is still too much to discuss and thus I will focus on the all-inclusive vacation variant in the developing world. Even then, I will touch on only a few facets of what makes such tourism a type of colonialism.

All-inclusive vacations are very popular in Canada, but less so in the US, where the laws regulating them are different. In our experience most of the guests at all-inclusive resorts are Canadians and Europeans; there are very few Americans. Cuba, of course, is still out of bounds for most Americans.

Such vacations offer a package that includes airfare, transportation from the airport to the resort and return, accommodations, food and all the drinks one can consume. A wallet is not necessary; it can be left in the safe in one's room, opening it daily only for a few tips if one so desires.

These thought were prompted by a recent trip to a resort in La Romana in the Dominican Republic. In the past several years we have taken many such trips to many Caribbean countries, including Cuba. We often go with good friends, which doubles the fun. Such vacations often cost less than vacationing in North America. 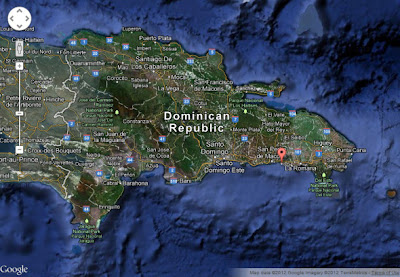 Moreover, people can often feel good about providing employment to many people and helping the local economy. But such help is limited, especially at all-inclusive resorts, which tend to be owned and operated by large overseas corporations.

Experts in the hospitality industry argue that in Europe or North America people eat in local restaurants, shop in local stores, and take taxis or city buses, and thus their money tends to go to the people who live there. But that is often not the case with sophisticated all-inclusive mega-resorts that provide their own labor, food and other supplies. Huge corporations manage the entire chain. The profits accrue to these corporations.

They also point out that in a small, locally owned Caribbean hotel, every dollar that is spent has the potential to recirculate six to eight times within the local economy. By contrast, a dollar spent at an all-inclusive resort will often only recirculate 1.4 times.

They concede, however, that this is not as much an issue when vacationers engage in excursions outside the resort. In addition, the arrival and departure taxes, which many countries charge tourists and often cost between $20 to $50 per person do benefit the country's economy.

Aside from the economics of these resorts, which express the new colonialism of our age, colonialism is also visible in a way that is easier to see, as we discovered when we arrived at a luxurious resort in the Dominican Republic. We could easily imagine ourselves to be aristocrats with hundreds of servants at our command. 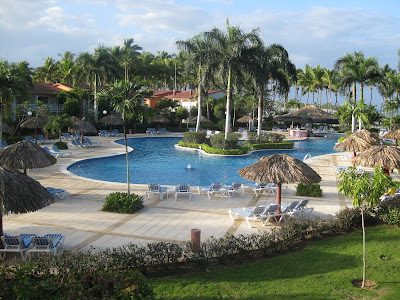 We were well aware of the poverty of those who work there. We have lived and worked in the tropics for much of our lives. The employees at this resort and many others like it are more fortunate than many people in such countries. They may not earn very much, but they do receive hard-currency tips that supplement their meager salaries. Therefore we always come prepared with a packet of dollar bills.

It is interesting to note that many Europeans are not used to the custom of tipping. They are also notorious smokers. Their attitude to tipping may seem uncaring, but it does very starkly expose the issue of colonialism.

Is tipping a way of appeasing our conscience for helping to perpetuate this new form of  colonialism? Deep down all of us suspect that something is not right about this type of tourism. We benefit greatly from it, but does it benefit the local people in a country as well, other than providing work for a handful of them?

Is this type of tourism any different from what Walmart does by farming out its manufacturing to China and other low-wage countries? Many of us shop at Walmart to enjoy their cheap prices, although sometimes we have qualms of conscience about this. My eldest daughter refuses to shop there.

At these resorts we are pampered like royalty. We enjoy luxurious surroundings where we are feted by the innumerable staff. Especially in the drab winter months we can soak in the Caribbean sun without a care in the world for a week or so. As we sip our cold drinks, we think, "This is the life!" 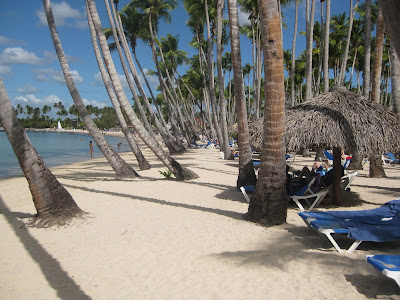 View of a small section of the beach at the resort,
Wendy and our friends are hidden behind a tree

Unfortunately, for the people who serve us life is not as good. Yes, they do get to work in such surroundings,
but they are treated little differently from the servants in Kipling's time, except perhaps for the tips they get.

Many years ago, when I taught in the Philippines and Ferdinand Marcos was still in power, his wife had huge barriers constructed on the roads leading from the airport to the five-star hotels. She did not want the tourists to see the massive slums along the way, particularly a nasty one called "Smokey Mountain," where Manila's garbage was dumped. Families living nearby would first scavenge for metal and plastic before it was burned.

This was in the days before all-inclusive vacations, but the same principle applies today. Tourists are still ferried to and from the resorts in air-conditioned buses, from which they only get glimpses of how the local people live.

I have lived in many countries, some of which were tourist-friendly, while others were not. Those that are tourist-friendly benefit in many ways, even if the population as a whole enjoys little of that newly brought in wealth, except perhaps for improvements in the infrastructure for the sake of the tourists.

I would encourage countries like Nigeria and Russia to change their visa policies, so that tourists would be able to come more easily than at present. There are benefits from tourism that these countries reject for their own reasons. 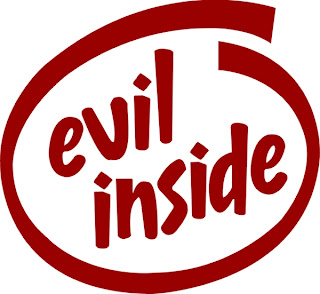 Tourism is not inherently evil, even if it sometimes smacks of colonialism. There many other examples of colonialism today such as domestic workers who are underpaid and vulnerable to abuse. There are also many migrant workers in Europe and North America.

I am not suggesting that all-inclusive vacations are totally wrong. We can still enjoy them, but we must realize that the blessing is not unmixed. The same principle applies when we shop at Walmart.

That is all I want to affirm in this post. We live in a broken world, where there are still many injustices. We cannot correct all of them, but we must be conscious of what we are doing. That is all I ask of myself and of each of you.

On your next visit to some of these countries, enjoy the sunshine, but keep that in mind as you sip your drink. Then maybe East and West will meet.