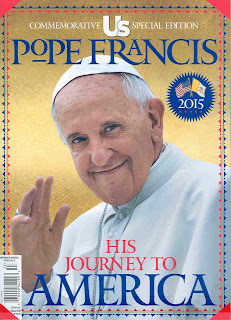 Pope Francis has received a warm welcome in the US. He has been treated like a rock star, with crowds lining up for hours to get even a glimpse of him. President Obama greeted him on the tarmac when his plane landed, a privilege that few foreign dignitaries receive.

He is the first pope to address a joint session of Congress where he was accorded standing ovations. He also addressed the General Assembly of the United Nations, and spoke as well to the UN staff, at least those who were lucky enough to win the lottery to hear him.

However, he ignored dinner invitations from Congressional leaders in order to dine with the homeless while in Washington. He also visited the site of the World Trade Center in NYC where he prayed for those who lost their lives on 9/11.

In his speeches in he US, Francis has spoken boldly about topics as diverse as climate change, peace, the danger of fundamentalism, religious freedom, the death penalty, refugees, poverty, and migrants. He has not been afraid to deal with these controversial issues.

What he said was music, no doubt, to those who support his stance on these issues. But those who disagree with him were appalled that a church leader would address issues that they regard as political. According to them, the pope should not meddle in politics. 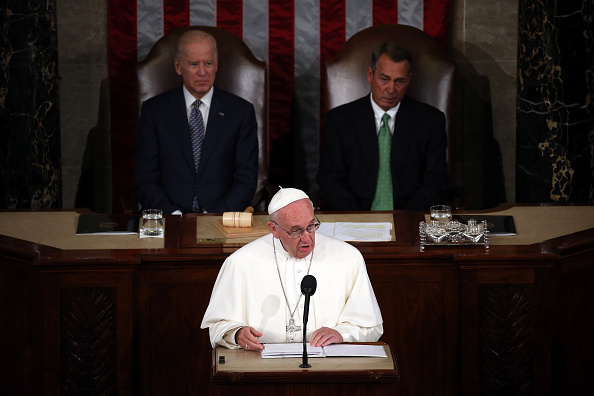 The pontiff indeed got political in the political capital of the world. But why not? I would respond to those who critique him for making political remarks. If the pope cannot do that, what religious leader can? The Dalai Lama? Billy Graham? Graham made political remarks in private. Francis does so publicly.

The papacy is different from other positions of religious leadership. Popes are not only spiritual leaders but also temporal rulers. At one time, the papal states were immense, but they were reduced in 1870 to what it is today.

The Vatican is still an independent country which has embassies in many countries of the world. Whether one agrees with this or not, that alone makes popes politicians in their own right and, thus, different from other religious leaders.

But there is a more fundamental reason why the pope should be allowed to speak out on political issues. People of faith can, and indeed, must speak out on such issues, especially when the fate of the world hangs in the balance, as is the case with climate change but at other times as well.

Charges that the pope should not comment on climate change because he is not a scientist, as some of his critics do, is spurious and unfair. Francis relied on the expertise of many scientists in order to write his recent encyclical Laudato Si'. His speeches in the US were based on that excellent document which is rooted in his faith and motivated by his conviction that the issue of climate change is an urgent one. 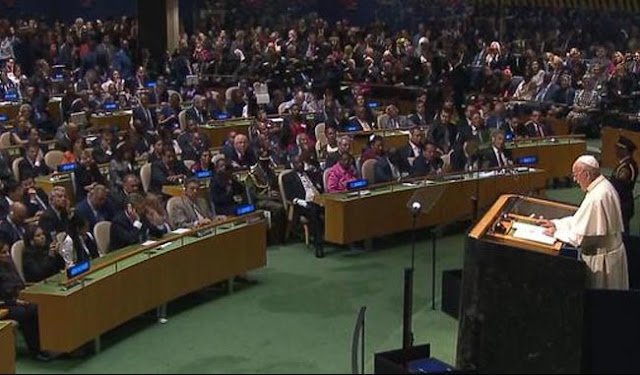 Should scientists alone have the prerogative to speak out on climate change? Certainly not! Everyone should be able to do so, as long as they respect the scientific evidence. Climate change deniers often do not; they tend to disparage science or to cherry-pick the data.

Most fundamentally, faith and politics are integrally united; they cannot be separated. Therefore, to be a person of faith does not disqualify anyone from talking about scientific issues as long as the relevant scientific evidence is properly consulted and evaluated.

There are major ethical questions that must also be dealt with. Should a person of faith be excluded from such conversations because politics is involved? Is the pope, therefore, excluded? Or any theologian for that matter? On the contrary, such questions are not abstract but involve faith and worldview and thus should be discussed by the pope and other leaders as well, whether clergy or not.

Some people also want to dismiss the papal address because, in their opinion, it is not Christian enough since the name of Christ was not mentioned in many of the pope's speeches. Yet that is not true of his address to Congress where it is apparent that Francis refers several times to God and the gospel (in particular, the Golden Rule from Matthew 7:12).

One moral theologian wrote this about the pope's speech in his blog: "No one, it would seem, cares much about the substance of the pope’s faith regarding Jesus. And why should they? The pope hasn’t mentioned Jesus, so Jesus must not be an important part of the pope’s message to America." 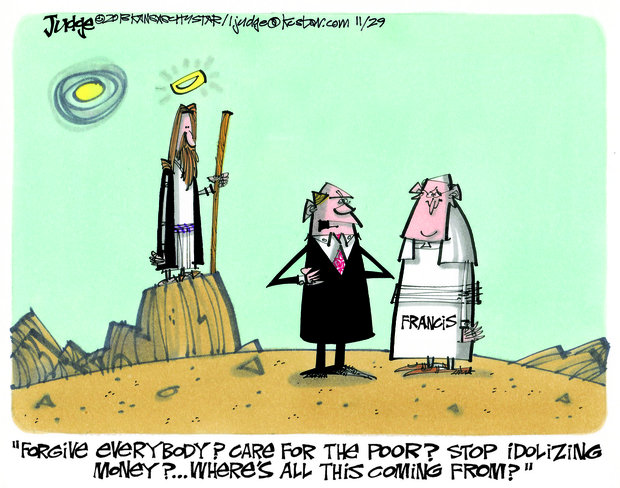 But Jesus is an important part of the pope's message, even if he did not mention Jesus by name. In his address to Congress, the pope repeatedly affirmed that he is a Christian. After that, does anyone still dare to cast aspersions on his faith and the nature of his message?

The professor concludes: "Now the whole country is talking about the pope and the pope’s politics, but no one is talking about Jesus or the gospel. What a sad day. What a wasted opportunity"

But was it a wasted opportunity?

Francis, like his namesake, has ministered to many people, but always doing so in Christ's name. Ask the! Not only migrants, refugees, prisoners, and poor people but also the wealthy whose greed contributes to many of the world's problems, including climate change, were all addressed by the pope; some with words of comfort and encouragement, others are reminded of their calling and urged to remember the Golden Rule.

That is the nature of the gospel: it brings both comfort and correction. Francis is reputed to be the Vicar of Christ, even if many do not accept this designation. The pope is both the Bishop of Rome and the Sovereign of the Vatican. As such, he is a pastor and a politician. His words are pastoral and, at the same time, political in nature.

Remember, in his address to Congress he was speaking to politicians who need both encouragement in the legislative task and warning about what urgently need to be done. He admonished them, but also blessd them. 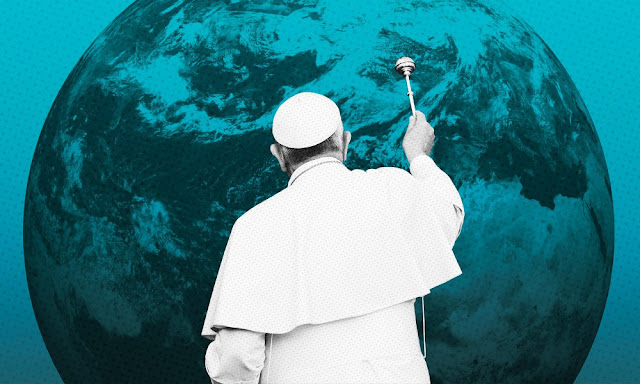 If the pope is not allowed to integrate faith and politics, then none of his listeners would be able to do so either. Invoking the separation of church and state is an egregious error and, moreover, displays an American-centric view of the world.

Pope Francis is unlike any pope that I can recall. I studied the papacy carefully for his dissertation, but I do not remember reading about anyone like him. Even though he has expressed his unwillingness to change many fundamental Roman Catholic doctrines, his lifestyle and his concern for social justice have made him a hero for many inside and outside the Catholic Church.

I would suggest that if Francis had been a pope during the time of the Reformation, that event might never have occurred in such a cataclysmic way and a major schism might have been avoided. This is pure speculation, of course, but it is indicative of what he has done to change the Catholic Church.

The end of his reforms is not yet in sight, nor will he stop speaking out on many controversial issues, in spite of scathing critique from many, whether Catholics or not. The adulation of the crowds that gathered to listen to him or even get a glimpse of him illustrates that many people support Francis.

Francis concluded his remarks at the UN with a blessing and a request: "May he [God] bless you all. I ask you, please, not to forget to pray for me." The pope needs our prayers!