Wanted in Canada: A Good Leader! 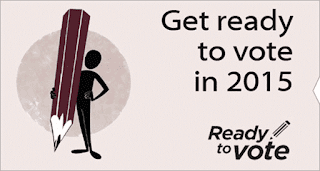 I want to apologize to my readers who do not live in Canada for the numerous times that I have dealt with the Canadian election in my blog. The election will be over by next week as I am writing this, so bear with me one more time as I ask Canadians (who constitute about 7% of my readership) to vote for good leadership.

On October 19th, Canadians are going to the polls. Everyone, not only the politicians, is worn out by a 78-day election campaign in which many issues were raised, but many other issues were ignored. However, there is one issue that is paramount because it lies behind all them, and that is the issue of leadership.

During this campaign, the leaders of the main political parties have revealed their leadership abilities or inabilities. In this election, Canadians will indicate their preference for who should lead Canada for the next term. They should vote for good leadership as well as the programs offered by each party.

What is good leadership? I am not an expert in this area; thus I rely on others who have variously defined leadership. I have added a few of additional traits. Some of the major traits of good leaders include the following list. Evaluate each of the leaders carefully using these traits as your criteria. 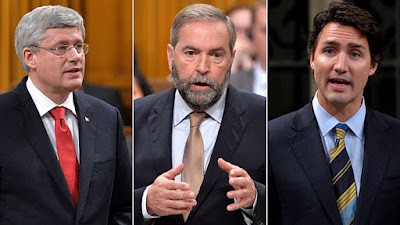 The leaders of the three major parties: Harper, Mulcair, Trudeau

These traits are not in any particular order, but all are important even though no one person will possess all of them or to the same degree. Neverthless, a good leader has many of these traits.

This list is not exhaustive nor is it intended to be, but I provide it not only as an example of what traits characterize good leadership but also as a standard to judge leaders, or those who aspire to become leaders.

Using this standard, I invite you to examine the leaders of the major parties and see how they measure up. Do not look only at their programs but also examine them as persons. Ask yourself this question: Who do you trust the most to lead Canada for the next few years?

We often select programs that benefit us personally or appeal to us because of our own world view. Programs are alright, but we must never forget the selfishness that motivates many of our choices. That, of course, is what politicians count on.

Good leaders are careful not to use programs, especially at election time, that appeal to our baser instincts but also in order to benefit the whole country. Selfishness must not drive leadership but rather the common good.

Good leaders also recognize that, while not everyone shares their world view, we live in a pluralistic country where many world views are operative. Thus they will not try to force one particular world view on everyone, but will respect other world views. The current government, under Stephen Harper, has not respected other world views sufficiently and practiced a politics of division instead. 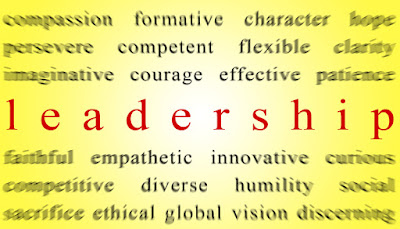 Similarly, as voters we must not just choose leaders just because their view is one very much like to our own, There are other considerations, such as leadership. that need to be considered.

Therefore, before you mark your ballot on the 19th, I invite you to think carefully about who would make the best leader for Canada, and then vote accordingly.

I am not going to encourage you to vote for any particular party. I have mine, as you probably know by now. My preference is still for Thomas Mulcair and the NDP. While he has his faults, as we all do, Mulcair is a man of integrity, which he demonstrated by his willingness to take a stance on issues such as the niqab which is unpopular in Quebec and may yet cost the NDP first place in the election.

Justin Trudeau and the Liberals come a close second. Trudeau has shown strong leadership skills, although Steven Harper and Mulcair have repeatedly dismissed him as "not yet ready." He too is not perfect, but he may yet become Canada's next prime minister, following in the footsteps of his late father from whom he, no doubt, learned a lot about leadership.

Elizabeth May, the leader of the Green party, would win the.leadership contest with flying colors except for the fact that her party currently has hardly any seats in Parliament and thus has little influence politically. Ethically, however, May provides an outstanding example to her opponents in this campaign, especially to Steven Harper who is ethically-challenged. 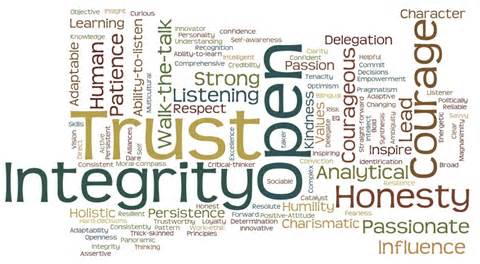 Harper has many more faults when it comes to leadership -- too many to enumerate. Just look at my list and you will see what I mean. That is why many Canadians will vote ABC (Anyone But the Conservatives). They have measured and found him wanting.

Harper has many negative traits when it comes to leadership. His message in this election has been to trust the Conservatives at the helm, but after almost a decade many Canadians feel that it is high time for a change.

I respect your right to choose whatever party and leader you want. But vote wisely. You are voting first of all for your local candidate, but remember that each one represents a party and a leader.

So, when you vote, make sure that this leader is indeed a good leader, and not only that, the best one of all! 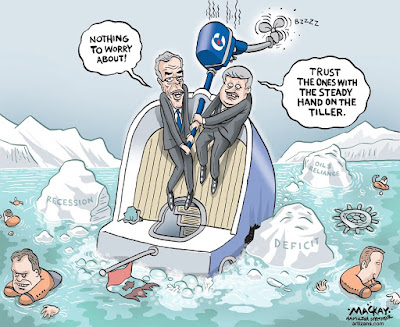