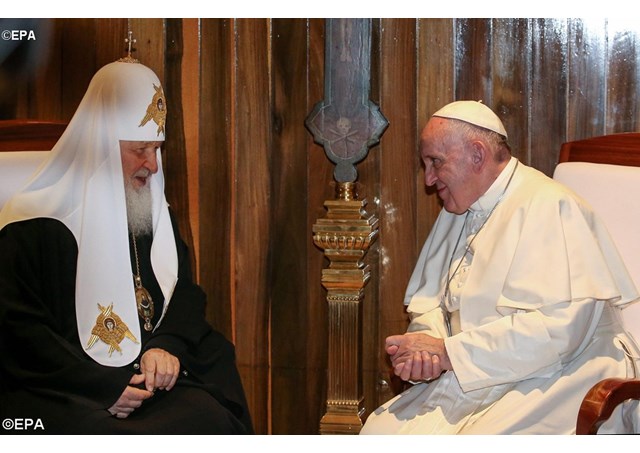 Historic meeting of Pope Francis and Patriarch Kirill in Cuba

The recent meeting of Pope Francis and Patriarch Kirill in Cuba was indeed a momentous and historic event. Yet this was not the first meeting of Catholic and Orthodox primates in nearly a thousand years as some headlines proclaimed.

However, it was the first meeting of a Roman Catholic pope and a patriarch of the Russian Orthodox Church in a millennium. Previously, Pope John-Paul II, who was Polish, and Pope Benedict XVI, who is German, had tried to arrange such a meeting with Kirill, but without success. It was left to Francis, who hails from Argentina, to finally do so in the neutral setting of Havana airport, from where they also issued a joint declaration.

As is apparent from this declaration, their meeting was prompted by the threat posed by ISIS in the Middle East and, specifically, the persecution of Christians in that region, as well as the tensions in the Ukrainian churches caused by the Russian annexation of Crimea and the Russian-supported rebellion in the eastern part of that country. These tensions existed previously but were intensified greatly as a result of the Russian aggression.

However, as the declaration makes clear, there is still much that divides the Catholic and Orthodox churches, yet there is also much that unites them. In addition to the Tradition which they share, they agree on many social issues, especially those concerning the family.

Earlier, Pope Francis and Ecumenical Patriarch Bartholomew, had met on several occasions, beginning with Bartholomew attending Francis’ inaugural Mass at St. Peter’s Basilica in 2013, which was the first time a Patriarch of Constantinople has done such a thing since the Great Schism of 1054. Since then, they have continued to meet since they share an interest in environmental issues, among other things. 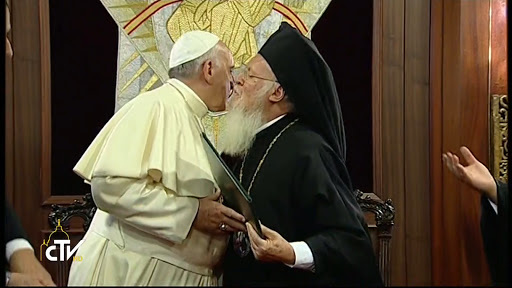 Francis and Bartholomew met again in Jerusalem in 2014 to commemorate the historic encounter of their predecessors, Pope Paul VI and Patriarch Athenagoras, 50 years earlier. Later, Francis hosted Bartholomew at the Vatican in a special prayer service for peace in the Middle East. There is, evidently, a growing bond between these two men. Whether the same chemistry will hold between Francis and Kirill remains to be seen. I remain dubious about such a development.

The effort to re-establish full communion between the ancient Churches of East and West has never been easy, but now there is widespread agreement that there are no major theological issues that should keep the two sides from reuniting. The major hurdle that still needs to be overcome is a common understanding of the role of the papacy in a reunited Church.

The Orthodox churches acknowledge the Bishop of Rome as one of the original patriarchs, but they deny that the pope has jurisdiction over other patriarchs, such as those of Constantinople, Antioch, Alexandria, and Moscow. The Orthodox have long feared that Rome wants to impose its authority over the bishops in the East.

Many in the Orthodox world noted that Cardinal Jorge Mario Bergoglio, when newly elected to the papacy, presented himself as the "Bishop of Rome." This is a phrase that he used often in subsequent appearances and addresses, which suggests to some observers that he is trying to return to an understanding of Rome as one church among several apostolic sees. In the Catholic Church, however, this is the title of the pope that identitifies him as the head of that church ever since Rome began enjoying such a primacy in the first centuries of the Christian era.

The issue of papal primacy in a united Christian Church still needs to be worked out by theologians, but nobody expects it to be solved anytime soon. Nevertheless, there are now a few positive signs of a growing rapprochement between Catholics and Orthodox on this contentious issue. Stay tuned, but don't hold your breath. 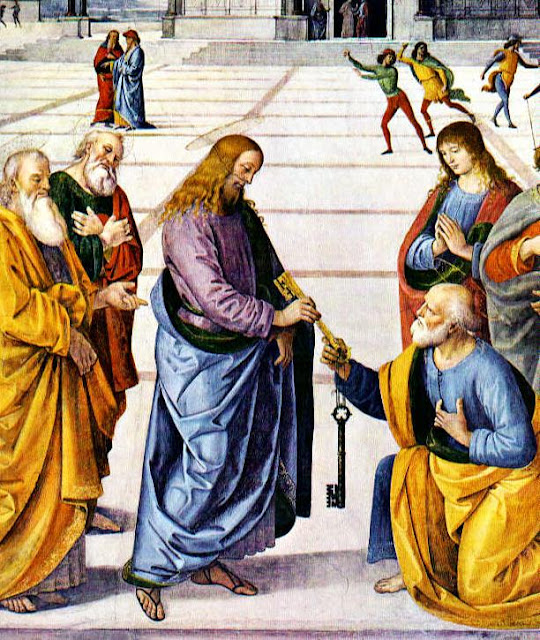 As an aside, I should mention that I wrote my doctoral dissertation on the issue of papal primacy, specifically Calvin's view of it. In that work, I suggest a few of the steps that need to be taken to make papal primacy acceptable for Protestants and other Christian churches. There are many reforms in the Catholic Church, Catholic scholars agree, that would be necessary before the Roman Bishop could become head of a united Church.

Within Orthodoxy, the question whether the Ecumenical Patriarch can represent the entire Orthodox Church is also a contentious issue. In response to Patriarch Bartholomew's promotion of closer relations with the Catholic Church, the Russian Orthodox Church released a public statement emphasizing that Batholomew represents only his own patriarchate, and not the whole of Eastern Orthodoxy, in his meetings with Pope Francis.

Yet the Ecumenical Patriarch has a unique role among Orthodox bishops. He is primus inter pares ("first among equals") and is regarded as senior among the Orthodox bishops. This primacy grants him the right to preside at pan-Orthodox synods and the right to hear appeals in cases of disputes between bishops, although this right is often disputed, especially by the Moscow Patriarch.

But the Ecumenical Patriarch has no direct jurisdiction outside his own Patriarchate. His primary function within the Orthodox Church is to deal with relations between all these autocephalous and autonomous churches. His main role is to promote and sustain Church unity.

His role as the so-called "spiritual leader" of the Orthodox Church does not make him an Orthodox pope. There is no Orthodox equivalent to the papacy. Orthodox churches operate with a synodical system. In these synods, each bishop has one vote and have no authority over other bishops. 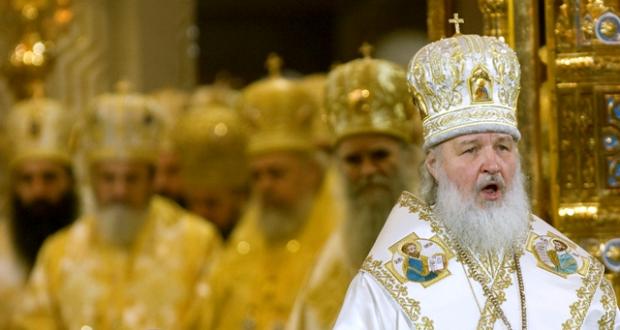 The patriarchs of the 15 autocephalous Orthodox churches  (Constantinople, Alexandria, Antioch, Jerusalem, Russia, Georgia, Serbia, Romania, Bulgaria, Cyprus, Greece, Albania, Poland, the Czech lands and Slovakia, and America} met in January this year to decide on an agenda for a proposed Orthodox Council, which would be the first to be held in over 1000 years. But differences between these churches have led many to question whether this council will be ever held.

It is evident that the differences between the Orthodox churches are perhaps as great as those that exist between Catholics, Orthodox, and Protestants. Ecumenical meetings, even brief ones such as the one between Francis and Kirill, illustrate the enormous gap between these churches.

Their meeting was motivated not just by the brotherly love between churches that the declaration mentions but also by more immediate concerns such as the situation of Christians in the Middle East and the rebellion in Ukraine. The latter may have been the primary factor in bringing these leaders to this meeting.

Similarly, the shared concern of Francis and Bartholomew for the environment has led to a friendship between the two men that will no doubt help to bring their churches closer together. Church schisms have often resulted from personality conflicts. Church unification, in contrast, can be the product of friendships developed through mutual concerns and interests.

Ecumenical relations are built not just on a theological foundation but they often begin with social concerns that lead to churches working together and developing the necessary mutual trust. That trust then reinforces the foundation and makes unity not only possible but desirable and even mandatory.

The meeting of Francis and Kirill is only one small step on the road to unity. This meeting may have been motivated largely by earthly concerns, but the French mathematician, physicist, and philosopher Blaise Pascal once sagely observed that God can use even the lesser motives of men to achieve his purpose..