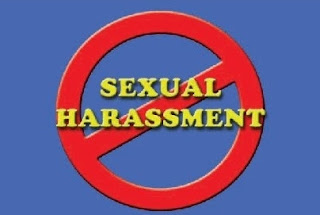 Sexual harassment must stop, whether at school, in the workplace, or wherever else it may occur. It is chronic today, if our newspaper headlines are an accurate indication.
It happens in every country of the world, every society, and among all classes of people. No one is entirely immune, whether as perpetrator or victim.
For many years sexual harassment was largely ignored, but now more and more victims are coming forward and accusing perpetrators of of long-ago deeds. Increasingly harassment is no longer acceptable.
This is a healthy development, but it is not enough. Sexual harassment has to stop, and each of us must do what we can to stop it.
But we first must answer this question: What constitutes sexual harassment? 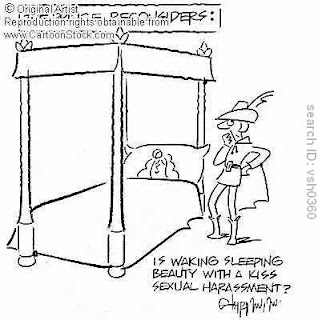 Although not everyone agrees on what sexual harassment includes, I find the explanation of the Ontario Human Rights Code helpful.
It defines sexual harassment as “engaging in a course of vexatious comment or conduct that is known or ought to be known to be unwelcome.” In some cases, one incident can be serious enough to be sexual harassment.

And it explains that sexual harassment can include any of the following:
The code adds that sexual harassment does not have to be sexual. It can also mean that someone is bothering you because they think that you do not act, look or dress in the way that a man (or boy) or woman (or girl) should. And people may also harass you because you are LGBT (gay, lesbian, bisexual, transgender). 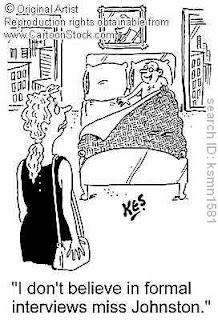 Sexual harassment can also be more subtle: for example, an employer who talks to an employee by discussing her physical appearance, saying things like “Oh, don’t you look pretty today." This often stems from sexism and is highly inappropriate. 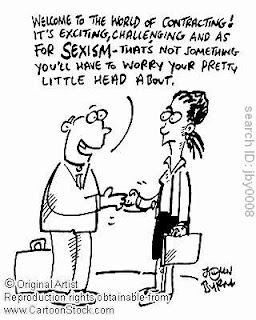 Sexual advances or comments often come from people in authority: for example, a teacher, using a false name, who harasses a student though email by describing what she had been wearing that day, what route she took to school, and making sexual suggestions.
Another example is a supervising police officer who makes sexual advances towards a younger female member of the force.
This is what made the news recently in Canada when a former high-profile Royal Canadian Mounted Police (RCMP) spokeswoman says she suffered from years of sexual harassment on the job, which resulted in post-traumatic stress disorder.
I will briefly describe this case for the sake of those who may not yet have heard about it. 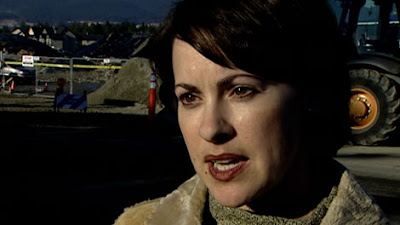 Cpl. Catherine Galliford was often the public face of the RCMP between 2001 and 2007. Galliford, who has been on sick leave for the past four years, said the sexual harassment took place during most of her 16-year career.
In a 115-page transcript, Galliford alleges that one supervisor told colleagues they were intimate, and he once exposed himself to her.
She also alleges that another supervisor took her on unnecessary trips on the pretext of sharing information with victims’ families. She said the trips were a ruse to get her out of town and attempt to have sex with her.
“[Some bosses] were using their position of authority to try to get in my pants,” Galliford said in an interview.“ I could not get away from harassment.”
She recounts how she was sexually harassed by an RCMP officer even before she entered the force. She alleges the officer told her he would prevent her from getting in if she did not have sex with him. So she did. “So, that was the start of my lovely career.”
The newly appointed commissioner of the RCMP, Bob Paulson, has initiated an investigation of allegations of sexual harassment in the RCMP, but its term of reference are limited to the last six years, and thus do not include the period when Galliford and some other women claim they were harassed.
The RCMP is a quasi-military police force that is notorious for its sexism and bullying, and more lately of ineptitude. Moreover, it is an "old boys club" that does brook dissent. Thus its sorely tarred reputation of late is not entirely undeserved. 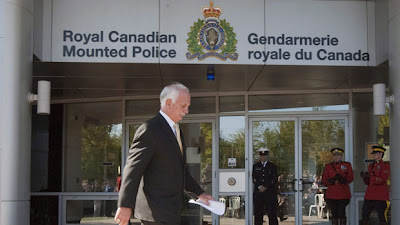 Public Safety Minister Vic Toews, who is responsible for the RCMP
In the US, everyone is probably aware by now that the political career of businessman Herman Cain ended very shortly after it began because of the accusations by several women that he sexually harassed them. Cain has denied these allegations; whether or not he did harass them, he is history.
He joins a long list of American politicians who have been accused of sexual harassment. Some, like President Bill Clinton, survived politically, but many did not. Herman Cain
The American sports and entertainment worlds are rife with similar allegations of sexual harassment. Just think of Gerald Sandusky at Penn State. While Hollywood for decades has been synonymous with sex in all its permutations, including harassment.

Pedophilia is an especially obnoxious form of harassment. The Boy Scouts in Canada are now dealing with such allegations, with new revelations coming out almost daily, of scout leaders who misused their authority and trust.
Sexual harassment is almost endemic in our world. There are many examples: the so far unproven charges of rape by a Guinian woman against Dominique Strauss-Kahn have nevertheless effectively terminated his career as head of the IMF and dashed any hope of him becoming the president of France.
Harassment can also take the form of bullying, in schools and in many other settings. Thus a girl may start a rumor that another girl is sexually promiscuous and performs sex acts on boys behind the school. Or, a  disgruntled employee may spread rumors about his female director, stating that she is having an affair with the company president and that she is only successful because she “slept her way to the top.”
Sexual harassment can take place not only between men and women but also between people of the same sex.
The key word in determining harassment is "unwelcome." Any activity that is unwelcome to someone else can be a form of sexual harassment: an off-color joke, for example, may be offensive to some people.
What can you and I can do? Educate ourselves, for one thing. Another is to become more empathetic by putting ourselves into the shoes of the other person: to imagine how he or she would feel.

There are some other things you and I can do: 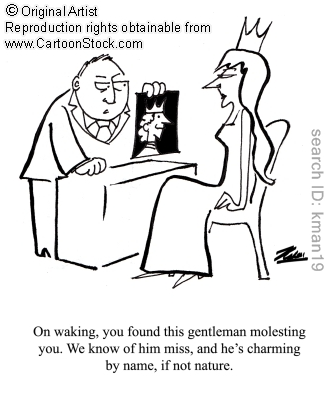 You and I must put a stop to sexual harassment. Sometimes I feel ashamed to be a man, since men are most often accused of harassment. Yet, deep down, all of us must recognize that we are capable of harassment, and we may even have engaged in it, even if unintentionally.
Sexual harassment is a crime and it must stop. That is also our job.