A global cry: I need a home! 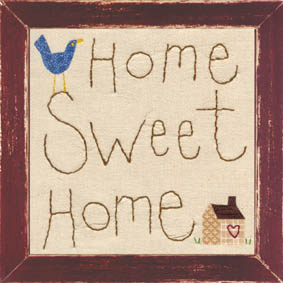 From the Philippines to Russia and from Nigeria to Canada, and many points in between, there is one cry that I have heard too often: I need a home! Many people have housing of a sort,often nothing more than a roof over their heads, but that cannot be called a home: a decent and affordable place to live, preferably within an easy commuting distance from their work place. 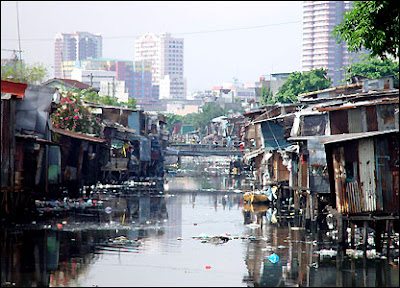 In Manila, I have seen whole families existing in a one-room shack perched precariously on stilts built over the water along a river, where the latest typhoon may wash it away. Pigs nose their way through the garbage, with raw sewage floating by. The monetary costs for such housing are minimal, but the costs in poor health and low self-esteem are astronomical. Do these people want better housing? Of course! Like all Filipinos, they long for a home to call their own, some decent place where they can find work and their children can receive a good education. But their income is often too low for them to afford anything than these shacks. 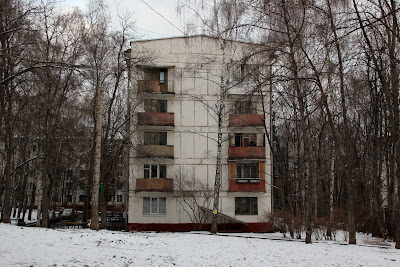 In Moscow, many families are relegated to small apartments in grey blocks known popularly as "Khrushchev trash," named after the era they were built and their condition.  These badly constructed apartments are still scattered all over the city. Those who were lucky enough got better apartments, but even these were often limited to two or three rooms, including the kitchen. Thus  husbands and wives were often forced to sleep in separate rooms and having children was very difficult. It effectively resulted in a one-child policy. Were they happy to live in these miserable apartments? Hardly. But that was all they could get until privatization made it possible for people to buy better apartments at phenomenal prices. The same situation prevails in other parts of Russia. Even today many Russians continue to live where they do; they cannot afford anything better. 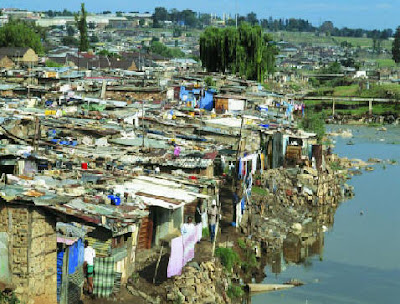 In many Nigerian villages, people live in mud huts much like their ancestors have done for centuries. When they move to big cities like Lagos or Abuja, they often move into tiny shacks that are as small as their former homes, but are now much more crowded and crammed together. These urbanized Nigerians probably enjoyed better living conditions in the villages, but the opportunity for work drove them to the cities. Thus it is no wonder that Nigerians, like most Africans, look with nostalgia at village life and even want to be buried there eventually. Yet in the cities work is often elusive and they must make do with housing that is far from adequate. Such housing is all they can afford. Clearly these are not the homes they are looking for, but they must do until their economic circumstances improve.

These are only a few examples from cities where I have worked. They could be multiplied many time over. Every country in the world has problems when it comes to good housing. In most countries many people cannot afford to buy or even rent a decent house. They must accept what is available. The prices of good homes are beyond their reach. They need more, but cannot get it. Obviously, they are not happy about this. 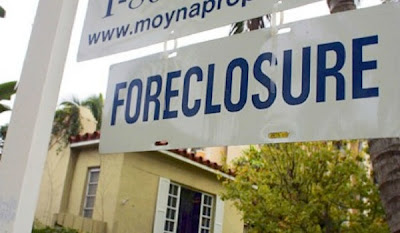 In the United States, the recession has devastated many cities leaving thousands of people evicted from their homes after foreclosure by banks that encouraged them to take out mortgages without any deposit. When the bubble burst, they were left homeless. Both the banks and the home buyers may have been greedy, but that does not solve the current problem: these people need a home, but they cannot afford one.

Even relatively well off cities like Toronto are experiencing problems when it comes to housing. The cost of the average home is beyond the means of many people, thus they are forced to find accommodation in the suburbs or even further away from the city core. Then they must spend hours commuting to work every day. But with the rising cost of fuel, increasing numbers of people are returning to the city, even though the cost of homes there has escalated enormously. Bidding wars between overly eager buyers are now very common. Recently one house sold for almost half a million above the asking price.

In the area where I live, which is hardly a prestigious part of Toronto but is easily accessible by subway, the cost of the average home increased 41% since last year, according to a recent survey. It is now approaching one million dollars. I am grateful that I have a good home, but many people in Toronto cannot afford the one they need. They are looking for homes near good transportation and top notch schools, but so is everyone else. My house is more than a hundred years old and is only two minutes walk from the subway, but I would not be able to afford it if I had to buy it today. 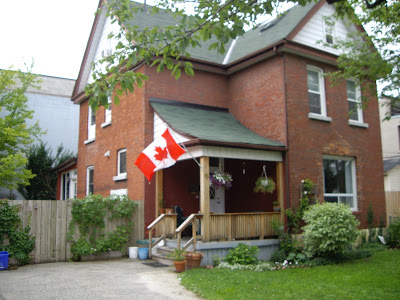 The right to housing is a basic human right that is acknowledged in Article 25 of the Universal Declaration of Human Rights:  “Everyone has the right to a standard of living adequate for the health and well-being of himself and of his family, including food, clothing, housing and medical care and necessary social services, and the right to security in the event of unemployment, sickness, disability, widowhood, old age or other lack of livelihood in circumstances beyond his control”

Article 11(1) of the International Covenant on Economic, Social and Cultural Rights also guarantees the right to housing, which it interprets as part of the right to an adequate standard of living. Many people are able to find some kind of roof over their heads, but this does yet meet the requirements set by these international accords. People need more than just basic housing; they need homes.

If even a rich city like Toronto finds it difficult to provide sufficient housing for everyone, there is indeed a major problem.  In 2010, there were 9,000 vacant rental units, but around 70,000 households were in the market for one. There are market forces at work that make it difficult for people even to find an adequate place to rent much less one to purchase. The chart below illustrates the housing price increases from 2101 to 2011 in various neighborhoods in Toronto. The figures for 2012 are very similar, although I have not been able to find a map yet. 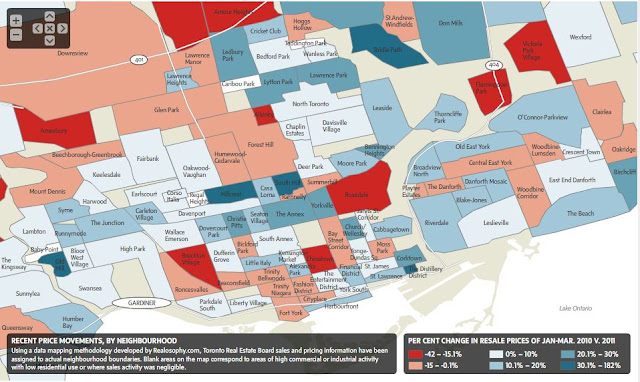 After being burned in the sub-prime crisis, banks are wary in investing in new housing, except for the most expensive. Governments too are very leery about committing public funds for housing; everywhere they are looking for ways to reduce their deficits. In some cases, they have resorted to severe austerity measures that drive even more people into poverty.

Salaries in most countries are insufficient to provide decent housing. In Beijing, average apartments now cost 27 times the average salary. I heard recently that the governor of the Bank of Kenya is not paid enough to buy a good home. Housing is a major problem in every country of world; unfortunately, it is one that will not be solved any time soon.

Market forces, it seems, are not sufficient to enable decent, affordable homes to be built in quantities large enough to solve the problem. Salaries will have to rise appreciably for that to happen. In the short term, new tax measures may be needed to reduce speculation and make more houses available at decent prices. Such measures are probably necessary in the long term as well until the supply of homes matches the demand. Prices will have to drop to make that possible. 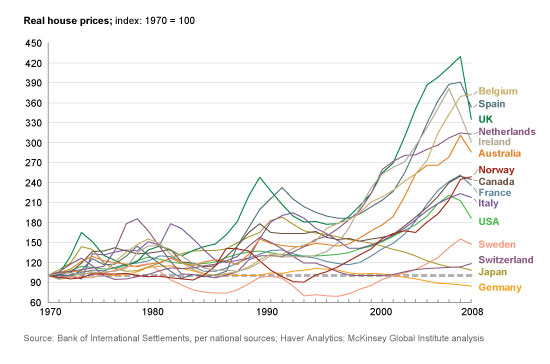 Some experts expect the housing bubble in Toronto to burst soon. A correction, at least, is necessary. The prices there are unrealistic, even though they have not risen as much as in many other rich countries. The problem is that incomes have not kept up with these rising prices, making home ownership or even rental much more difficult than before. The chart below shows how much housing prices have increased during the last three decades as compared to income during the same period. 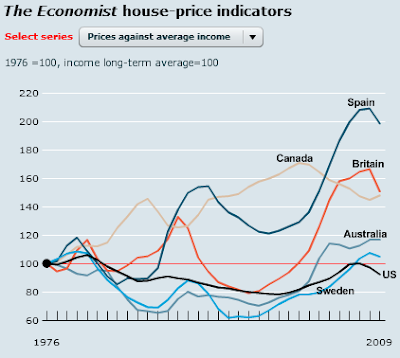 I am not worried about myself, since I am not planning to sell in the near future. Nor do I need to know how much my house is currently worth. That is largely paper money. But I do need a place to live. I am very thankful that God has provided me with one. It is my base when I am not travelling and engaged in my teaching ministry. Everyone needs a home.

I pray that all people everywhere may some day enjoy a decent home. That is their full right. As a Christian, I know that every person is created in the image of God and therefore deserves to be accorded every right and privilege that is affirmed in international law. That right includes an adequate salary so that a good home will be affordable to everyone everywhere. Then people will no longer have to cry: I need a home!

That day may still be a long way off, but this does not mean that we must stop promoting the right to decent housing. On the contrary, any delay must inspire us to double and redouble our efforts.