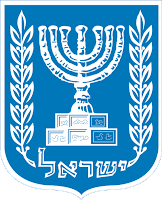 Israel is currently experiencing a flood of biblical proportions. Some 60,000 illegal African immigrants have arrived in Israel; most in the past few years. They claim to be refugees who face starvation at home.

The majority, about 35,000, are from Eritrea and Sudan and have been given collective protection from expulsion by the Israeli government. Most of these people have been given temporary but renewable permits to live in Israel but they have not been given the right to work nor the benefit of any social services other than schooling for their children.

Another 25,000 Africans come from countries such as Ethiopia and South Sudan, with which Israel has diplomatic relations and whose lives would not likely be at risk if returned. These people too have sought asylum, but the majority have been placed in holding tanks in southern Israel.

These thousands of people, who are fleeing violence and poverty in countries of Northeast Africa, find their way to Israel, mostly by infiltrating across the desert frontier from Sinai. 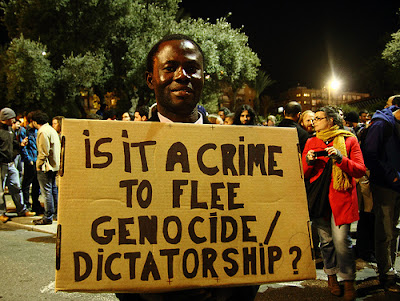 Now Israelis are facing a dilemma. Do they admit the asylum-seekers and consider each one’s case, even though they arrived illegally? Does it matter that many arrived by paying Bedouin smugglers hefty sums to transport them and that many have reportedly been abused and some even killed? Or do they deport them, even though may suffer by being returned? Do they lock them up? What should they do?

With few exceptions, Israel offers full legal status only to Jews and some Arabs, who have lived, or whose ancestors lived, in Israel when the state was born.

Out of the thousands of Africans that have applied for refugee status, only 450 Sudanese, all from Darfur, have been approved for permanent residency in Israel. The rest are living on temporary visas, but with all sorts of limitations. 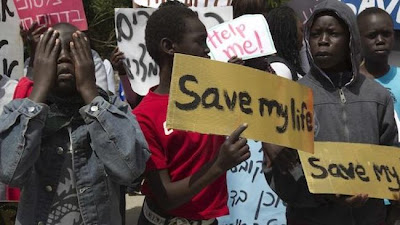 After a young Jewish woman was raped in Tel Aviv, allegedly by a group of African refugees, riots erupted. What followed was the spread of demonstrations and violent protests against all African infiltrators. Some homes were firebombed. The protesters were often joined and egged on by right-wing politicians.

"The Sudanese are a cancer in our body," Likud member of parliament Miri Regev told a veritable mob of hundreds of Tel Aviv protesters. "We will do everything to send them back where they came from."  She later apologized, but not to the Africans whom she had attacked but to cancer patients who might have taken umbrage and to Holocaust survivors who may have felt aggrieved at the comparison.

One politician urged that all the Africans be imprisoned on military bases. Another hard-right parliamentarian stated that infiltrators should be shot when they enter Israel.

At a time of economic stress and with great demands being made on Israel's housing and health facilities, many Israelis ask whether their country can afford the addition of so many needy people, especially since they’re not Jews.

Some Israeli media quoted an unnamed police official saying "asylum-seekers are involved in some 40 per cent of the crimes committed in the Tel Aviv area." The notion went viral, but days later when the Knesset's Research and Information Center checked the statistics, it discovered that less than 1 per cent of criminal files opened by police in Tel Aviv in 2010 were against Africans. 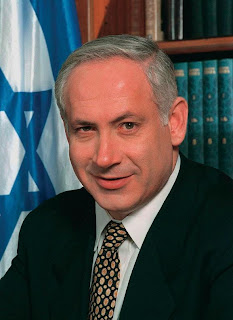 The damage was done, however. Prime Minister Binyamin Netanyahu ordered that the deportation of the 25,000 asylum seekers from Ethiopia and South Sudan be expedited and that holding facilities for the 35,000 other African migrants be built in the Negev desert as quickly as possible.

Refugees from Africa were arrested and ordered to leave Tel Aviv for the country’s periphery. Many of them did, leaving behind jobs, apartments and community.

Netanyahu declared these migrants a national security threat, endangering the country's Jewish majority. He also warned that without the ongoing construction of a steel wall along the Egyptian border, where migrants cross, as well as mass deportation, Israel would be swamped by a "continent" looking for work.

He also warned that the lack of any real separation between Egypt and Israel is being used for trafficking of drugs and people and presents a risk to national security. His government's policy is to minimize the chance of anybody infiltrating the country. Since there is no other way for asylum seekers to enter Israel, however, that basically means Israel's doors will be closed for them.

His government has passed a new law enabling the incarceration of asylum seekers for three years without trial or appeal, and the early deportation of Southern Sudanese. 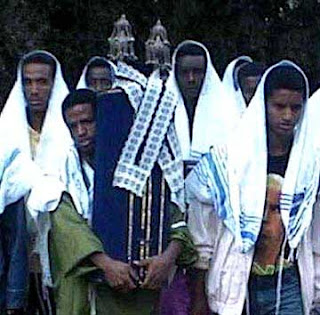 This is not the first time that there has been an influx of Africans to Israel. Some Ethiopian Jews, known as Beta Israel, about 120,000 people in total, reside in Israel under its Law of Return, which gives Jews and those with Jewish parents or grandparents, as well as their spouses, the right to settle in Israel and obtain citizenship. Today 81,000 Ethiopian Israelis were born in Ethiopia, while 38,500 or 32% of the community are native born Israelis.

But the Ethiopian Jewish community's integration into Israeli society has been complicated by racist attitudes on the part of some elements of Israeli society and even the official establishment. Intermarriage is the main issue. In a 2007 poll, more than half of Israeli Jews equated intermarriage with “national treason.”

Remarkably, Israel's foreign ministry headed by Avigdor Liebermann, who has been shunned internationally for his anti-Arab polemic, added a rare plea for tolerance. In a statement condemning the arson attack on Eritreans, the ministry declared, "Jewish history compels us to take exceptional caution on these matters of injury to the other, the guest and the foreigner." 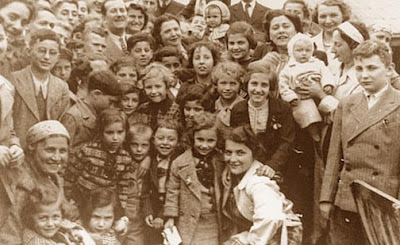 It is ironic that Israel, a nation born in 1948 as a consequence of the racist ideology of Adolf Hitler and the Nazis in Germany, with the resultant Holocaust, should now be charged by with racism. That may seem far fetched, but current attitudes in Israel suggest this.

Clearly, Israeli Arabs have experienced racism, and there also has been discrimination against Ethiopian Jews. Yet, as some scholars point out, the answer to the question of whether racism exists in Israel depends on the definition of racism adopted. If racism is restricted to beliefs that a given biological race is superior, then one can argue that racism does not prevail in Israel, but ethnocentrism is extensive.

In spite of this clarification, racist views are present in portions of the Israeli population. This may be the best explanation for the recent protests about the arrival of the African immigrants. Not everyone in Israel is a racist, but segments of the population evidently are. Some political parties in Israel cater to these people. Hence the extreme voices of certain politicians.

Israel, the Jewish nation-state, is the only country in which Jews make up a majority of the citizens. Just over three quarters, or 75.5%, of the population are Jews from a diversity of Jewish backgrounds. Approximately 68% of Israeli Jewsare Israeli-born, 22% are immigrants from Europe and the Americas, and 10% are immigrants from Asia and Africa, including the Arab world.

Large-scale immigration, whether from Africa or elsewhere of substantial numbers of non-Jews, could upset the careful balance that insures that this Jewish majority persists.

This Jewishness is also maintained through the laws governing marriage that, among other things, marriages must always be carried out by the religious authorities of an approved faith, but couples who come from different religions, or none at all, cannot legally marry in Israel, whether citizens or not.

All branches of Orthodox Judaism refuse to accept any validity or legitimacy of intermarriages. Conservative Judaism does not sanction intermarriage, although Reform and Reconstructionist Judaism both permit it.

These ultra-Orthodox or Haredim are a very fast growing group and are expected to represent more than one-fifth of Israel's Jewish population by 2028.  Most secular Jews view their Jewish identity as a matter of culture, heritage, nationality, or ethnicity, rather than of religion. 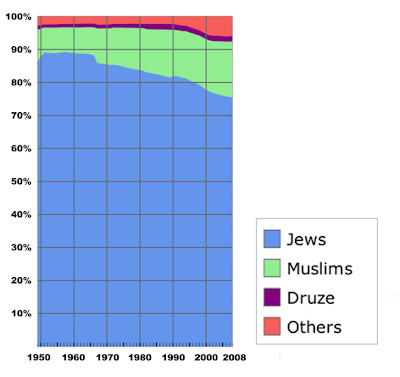 Israel needs to recognize its obligations under international law to provide refugee status to those who have legitimate claims. It must not stuff them into camps without trial or appeal, nor should it deport these people without providing them with a proper hearing.

To the outside world what is happening in Israel smacks of racism. I heard on the radio some Israelis who work with refugees use the term. Again, it is a matter of definition, but there does seem to be elements in Israel who are racists and who should be condemned for their racism. 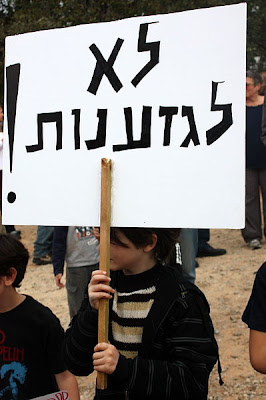 The onus is now on the Israeli government to demonstrate that racism is not officially sanctioned but is the work of a minority of Israelis. It must put into practice the human rights code that it has adopted, as well as all the international obligations that has approved, including the 1951 UN Refugee Treaty, which states that those who have escaped their homes because their lives were in danger -- due to their race, religion, nationality or political opinion -- should not be deported back to their country.

Israeli Jews should learn from history the importance of making these Africans feel welcome in Israel. If the world had only accepted boatloads of Jewish refugees fleeing Europe during the 1930s, the Holocaust might never have happened. And, for that matter, the history of the Middle East might have been entirely different.