What is the cost of war? 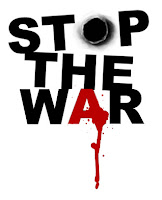 "God blesses those who work for peace, for they will be called the children of God" (Matthew 5:9).

What is the cost of war? The Economist in a recent book review of two recent historical studies on World War II provides some disturbing statistics.

Although estimates differ, according to the review, between 1939 and 1945 as many as 70m people died as a direct consequence of fighting, with two-thirds of them non-combatants. Nearly 10% of all Germans died, and 30% of their army. In addition, about 15m Chinese perished and 27m Soviets. Poland lost 16% of its population, about half of them Jews. On average, nearly 30,000 people were killed every day.

Yet even these statistics, as horrific as they are, cannot begin to express the real cost of war. Nor do any figures that try to express the cost in terms of dollars and cents. One study came up with the following table, after converting the 1945 figures into what they would cost in 2005 dollars:

Compare these figures with new revelations about the cost of the wars in Iraq, Afghanistan and Pakistan.
It is estimated that the final bill will be at least $3.7 trillion and could reach as high as $4.4 trillion, according to the research project "Costs of War" by Brown University's Watson Institute for International Studies (www.costsofwar.org).

The total amount appropriated for war-related activities of the Department of Defense, intelligence and State Department since 2001 was about $1.3 trillion, and that would rise to nearly $1.4 trillion sometime in 2012. This amount is rising by the second (http://costofwar.com/en/).

But those numbers will increase since they overlook costs such as long-term obligations to wounded veterans and projected war spending from 2012 through 2020. The estimates do not include at least $1 trillion more in interest payments coming due and many billions more in expenses that cannot be counted, according to the study.

The same study concluded that, in human terms, 224,000 to 258,000 people died directly from warfare, including 125,000 civilians in Iraq. Many more have died indirectly, from the loss of clean drinking water, healthcare, and nutrition. And an additional 365,000 were wounded and 7.8 million people displaced.

Another way of expressing the financial cost is by calculating what all that money might have bought. A study has calculated that one day of the Iraq War cost 720 million dollars and asked how it could have been spent:

Since money can only be spent once, these alternatives represent a cost of the war that is easily overlooked. Imagine what would be possible if war, any war or better even all war, were eliminated.

In addition to the human casualties in terms of deaths and disabled veterans and the financial costs, we must include many costs that are difficult to determine or are not quantifiable. These include the suffering caused to the spouses and children of the dead and injured.

The indirect deaths and wounded must also be included, not only because of the suffering that has been incurred on them and their families but also because such casualties have proven to be a fruitful breading ground for future "terrorists." This has been an unintended yet serious consequence of these wars.


As with former US wars, the costs of paying for veterans’ care into the future will be a sizable portion of the full costs of the war. Meanwhile, the debt increases.


The ripple effects on the U.S. economy have also been significant, including job loss and interest rate increases, and those effects have been under-appreciated and thus not counted.

There are more consequences, many more more. The wars have been accompanied by an erosion of civil liberties at home and an increase in human rights violations abroad.

Serious and compelling alternatives to war were scarcely considered in the aftermath of 9/11 or in the discussion about war against Iraq. Some of those alternatives are still available to the US.

Let's try to measure the cost yet another way by asking: What did the United States gain for its trillions?

Strategically, the results for the US are mixed. Although Osama bin Laden and Saddam Hussein are dead, Iraq and Afghanistan are far from stable democracies.

It was expected that the US invasions would bring democracy to both, but the two countries continue to rank low in global rankings of political freedom, with warlords continuing to hold power in Afghanistan with US support, and Iraqi communities more segregated today than before by gender and ethnicity as a result of the war.

The wars in Iraq and Afghanistan are only the latest in a series of wars going back millennia. While we lack records of the number of casualties of many conflicts, when we go back that far the Bible is an exception.

If we add together the number of people, both combatants and non-combatants, who were killed in battles in the Bible, then the total comes to about 1,283,000. But the casualties in the battle recorded in 2 Chronicles 13 -- 500,00 --are so much larger than all the others that this figure should probably be adjusted.

Nevertheless, these figures from the Bible are mind-boggling. If in recent history 50,000 people had been killed in one battle, that war would quickly have come to an end. The public, at least in western countries, would never accept that many casualties.

Yet, as the casualty figures for WWII reveal, the loss of life was already mind-boggling during that war -- an average of 30,000 people were killed each day. 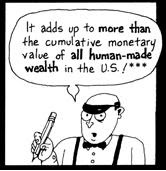 Is war necessary? Can the world afford these stupendous costs? No matter how we measure the cost, wars are too expensive. The price of getting rid of Adolf Hitler, Saddam Hussain, and Osama bin Laden was very high. Was it justified? Were there perhaps ways that these particular wars could have been averted? No, and yes.
Are there alternatives to war? In the case of Iraq and Afghanistan, many people disagreed with the decision to go to war after 9/11. Diplomacy might have been a better option.

War is the failure of diplomacy. War is rooted in violence. Instead, we must seek non-violent ways to solve the world's problems. This may seem idealistic and even naive. Yet, if this brief survey of the cost of war can teach us anything, it is that war is one alternative that the world can no longer afford. The cost is simply too great for the world to bear any longer.

The world needs peacemakers, not warmongers. War will not disappear until violence finally ends. That will not happen until Jesus Christ, the Prince of Peace, returns.

Unfortunately, there are still too many Christians today who use the Bible to justify war. In the 21st century, however, there is no just war and no justification for it. 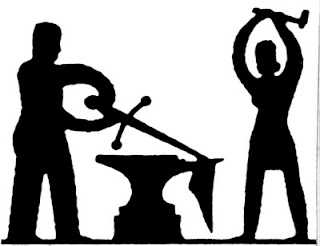 Wars will one day cease, as Isaiah prophecies: "The LORD will mediate between nations and will settle international disputes. They will hammer their swords into plowshares and their spears into pruning hooks. Nation will no longer fight against nation, nor train for war anymore" (2:4).

For me, that day cannot come soon enough!
.