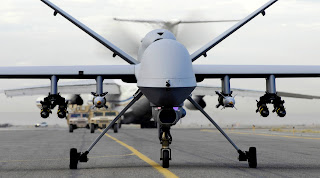 Sometimes one reads items that one would rather not read. Such is a recent exposé in the New York Times that has pulled back the curtain on one of the US administration’s darker secrets. It reveals that President Barack Obama personally pores over “kill lists” in America’s shadowy drone war on Al Qaeda and its ilk, and signs off personally on the major hits.

This extensive report chronicles in great detail how the president insists on approving every new name on an expanding “kill list,” poring over terrorist suspects’ biographies on what one official has called the macabre “baseball cards” of an unconventional war. Obama reserves for himself the final moral calculation of what to do when, for example, a rare opportunity for a drone strike at a top terrorist presents itself -- but his family is with him.

Aides say Obama has several reasons for becoming so immersed in lethal counterterrorism operations. As a student of the "just war" theory of Augustine and Thomas Aquinas, the president believes that he should take moral responsibility for such actions. Obama is applying this theory to a brutal modern conflict. He knows that bad strikes can tarnish America’s image and derail diplomacy.

Obama has displayed striking self-confidence in these drone attacks. He believes, according to several people who have worked closely with him, that his own judgment should be brought to bear on strikes. Thomas Donilon, his national security adviser, explains that he is "a president who is quite comfortable with the use of force on behalf of the United States."

The procedure for the kill lists is this: every week or so, more than 100 members of the sprawling national security apparatus of the government gather, by secure video teleconference, to pore over terrorist suspects’ biographies and to recommend to the president who should be the next one to die.

These nominations then go to the White House, where at his own insistence the president must approve any name. He signs off on every strike in Yemen and Somalia, and also on the more complex and risky strikes in Pakistan -- about a third of the total.

“Their policy is to take out high-value targets, versus capturing high-value targets,” the New York Times quotes Senator Saxby Chambliss of Georgia, the top Republican on the intelligence committee, as saying. “They are not going to advertise that, but that’s what they are doing.”

But Obama’s aides deny such a policy, arguing that capture is often impossible in the rugged tribal areas of Pakistan and Yemen and that many terrorist suspects are in foreign prisons because of American tips. They add that great care is taken in choosing targets and through reliance on the drone as a precision weapon. 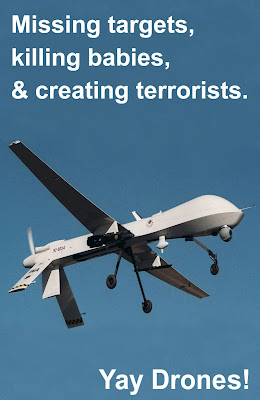 Yet there have been many civilian casualties. The president has embraced a highly disputed method for counting civilian casualties. It counts all military-age males in a strike zone as combatants, according to several administration officials, unless there is explicit intelligence posthumously proving them innocent.   This new counting method helps to explain the official claims of extraordinarily low collateral deaths.


Missile strikes by drone aircraft have killed as many as 2,300 Al Qaeda, Taliban and “associated forces” since Sept. 11, 2001, and as many as 500 civilians. Fighters in Pakistan, Afghanistan, Iraq, Libya, Somalia and Yemen have been targeted. Most of the attacks have been on Obama’s watch, as was the killing of Osama bin Laden.

Obama's focus on strikes has made it impossible to forge, for now, the new relationship with the Muslim world that he envisioned at the start of his presidency. Both Pakistan and Yemen are arguably less stable and more hostile to the United States than when he became president.

Justly or not, drones have become a provocative symbol of American power by running roughshod over national sovereignty and killing innocents. With China and Russia watching, the United States has set an international precedent for sending drones over borders to kill enemies. 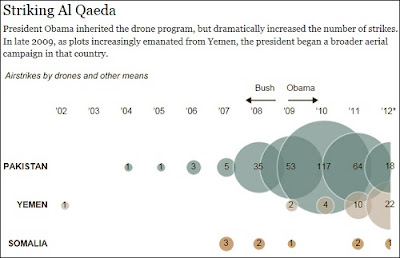 The New York Times interviewed three dozen of his current and former advisers, who describe Obama's personal supervision of the shadow war with Al Qaeda as being without precedent in presidential history. It has also provided excerpts from some of these interviews.

The White House insists that its targeted killings policy is legal, careful and limited, but the American Civil Liberties Union, UN experts, and academics all disagree. They point to an absence of accountability, a lack of legal safeguards and a surfeit of secrecy. They charge that currently the president can function as judge, jury and executioner.

Many people argue that the expanding drone war raises profoundly troubling questions about the limits of American presidential power, a concern that was heightened by the George W. Bush years, in particular the lawfulness of the “targeted killings” policy.

The Obama administration has an obligation to disclose when and where it has authorized targeted killings, UN expert Philip Alston noted in a report in 2010. It should justify its action under international law and spell out its criteria for putting a person on a kill list. It should also explain why the killing is legal and what follow-up there is when civilians are killed. 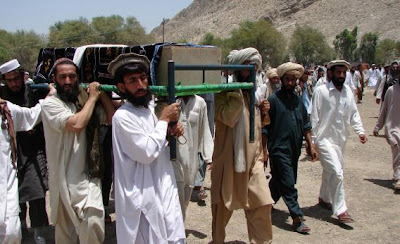 Others have proposed that specialized US national security judges should review and approve decisions to target individuals, and review any strikes after the fact. Military actions must necessarily be covert. But the president’s actions ought to be accountable, and the entire process must be transparent and lawful.

They add that a drone war raises the specter of anarchy if other nations claim a similar blanket right to target enemies wherever and whenever they see fit. If Americans can do it, why not the Chinese, or anyone else?

They conclude that a US president who managed to win the Nobel Peace Prize, has wound down wars in Iraq and Afghanistan, taken out bin Laden, helped liberate Libya, and has put a stop to military torture should be up to the task of reassuring the world that the war on terror is being waged in a way that will not encourage global anarchy.

In addition to all that has been been said thus far about these "kill lists," I question the propriety of any state-sanctioned killings, whether authorized by the president or anyone else. As a longtime advocate of active non-violence, I do not accept the argument that such killings are necessary for reasons of national security. 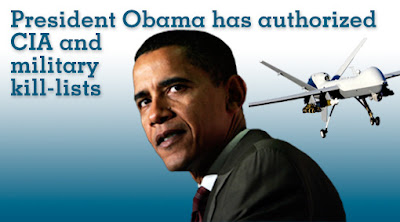 Who gives the president that right? Certainly not the God who commanded, "You shall not kill." Such killings cannot be justified. The war on terror does not trump ethics. Even if Al Qaeda resorts to unethical behavior, that does not justify the US resorting to actions that are dubious under international law and, more important, are contrary to God's law.

What makes the US different from Al Qaeda when both kill people? The US argues that it does so in order to stop terrorism by killing terrorists before they can kill more people. Such an action is in direct violation of several principles of the "just war" theory, even if the war on terror is undeclared.

I do not mean to condone terrorist activities; nevertheless, I do want to state that the secret "kill lists" are an important test of Obama's principles. Many foreigners were shocked by these revelations about Obama. Muslims especially have become disillusioned with the president. They expected more from him, especially after his speech in Cairo in which he sought a common ground between Muslims and the US. But that hope has now been dashed to pieces. The intended victims of many of the drone attacks have been Muslims.

Some Americans have also been taken aback by Obama’s up-close-and-personal involvement in these attacks, but that is not likely to hurt his bid for re-election in November. His counter-terrorism policies have eroded the widely-held political perception that the Democrats are weak on national security. 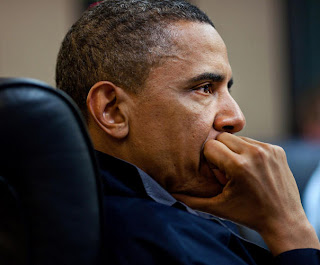 In an election year, therefore, it does not hurt Obama to be viewed as as a flinty commander-in-chief who can make the tough calls after consulting a small circle of advisers. After the New York Times article, Mitt Romney, who just became the Republican candidate for the presidency, will no longer be able to portray the president as "failing to lead" on the world stage.

But the price Obama has to pay is enormous. He is widely acknowledged as a man of great principle, but he has capitulated to the urgent demands of national security. That is regrettable. No doubt, he believes that he can maintain his principles even in the context of approving the drone attacks. But increasingly people are questioning the president's actions.

Sometimes one reads items that one would rather not read. Many people probably wish they had never read these revelations. Yet denial now does not make them disappear. What is needed are even more revelations and much more transparency so that the whole world may know what really happens in the White House.