Extremists and the rejection of education, especially for women

Why do extremists, particularly Islamic extremists, despise education? One sees this in country after country. From the arid plains of northern Nigeria to the mountain valleys of Pakistan, they display their disdain, if not outright hatred, for Western education, which they regard as evil and even refer to as an "obscenity."

In Nigeria, Boko Haram, whose name means "Western education is forbidden," wants to ensure that all of northern Nigeria is ruled according to sharia (Islamic law).  Its opposition to anything western is so strong that it is intent on driving all Christians out of the North, unless they convert to Islam.

The founder and former leader, Mohanmed Yusuf, was apparently a highly educated man, but he strongly opposed all man-made laws and modern science. In an interview with the BBC, he rejected the concept of a round earth, Darwinian evolution, and the idea that rain is water that has been evaporated by sunlight.

Boko Haram has attacked and bombed churches, partly for historical reasons. Christian missionaries in the past, it claims, used Western education as a tool for evangelism. This may help to explain its rejection of everything associated with the West. But it has also killed Muslims who have criticized it.

Many Muslim leaders, both in Nigeria and abroad, have condemned Boko Haram for its use of violence. There is also a suspicion that it has expanded to include criminals and others who are using it to cover up their own nefarious activities. 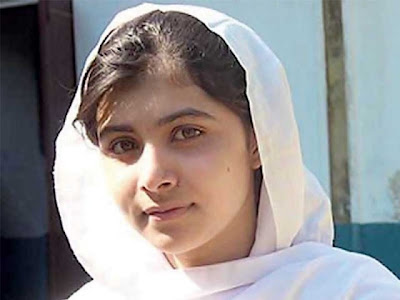 In Pakistan, the Taliban made headlines by attempting to assassinate Malala Yousafzai, a 14 year-old girl who became famous in her country for promoting the education of girls. The Taliban claimed responsibility for the attack. They have bombed hundreds of schools, mostly for girls, in the area where this brave girl lived. Her father owned and ran a girls school and is a crusader for female education.

She continued to speak out for the right of girls to study even after her school was closed. The Taliban has targeted her because, as a Taliban spokesman expressed it, "She was pro-West, she was speaking against Taliban and she was calling President Obama her idea leader. She was young but she was promoting Western culture in Pashtun areas."

Political and religious leaders not only in Pakistan but throughout the world have condemned this cowardly attack on a female high school student. The Foreign Minister of Pakistan, Hina Rabbani Khar, has said this attack represents the "clash of two mindsets; the one striving for peace, development, education and peaceful coexistence and the other desiring to keep the nation in the dark and in the cruel clutches of ignorance and barbarianism."

But the international organization Human Rights Watch has criticized Pakistan for its failure to act. It has not put a stop to the public intimidation of women and girls in Pakistan by religious extremists, the organization charges.

The Taliban are notorious for their rejection of female education. This attack shows how far they will go to achieve their goal. This time they may have shot themselves in the foot, especially if the condemnation of this attacks continues. 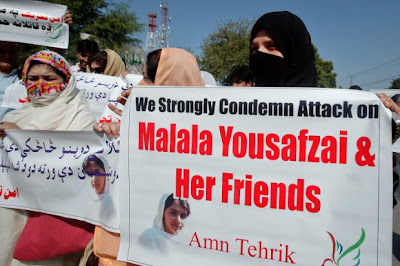 Both Boko Haram and the Taliban have given Islam a bad name. Their rejection of education, especially Western education and the education of women, makes many people think that all Muslims are opposed to education. That is not true.

During the Middle Ages, Muslim political leaders were able to debate the finer points of philosophy and theology while their counterparts in the Christian West were struggling just to write their own names. Muslim scholars have preserved many Greek writings, including much of the corpus of Aristotle, which had been lost in the West. Without them Thomas Aquinas might never have become famous.

Even today, Muslims value education. It is only a handful of extremists that have given Islam a reputation that this religion does not deserve.

Extremists of many faiths have demonstrated how much they too despise education, thus this is not unique to Islam. All extremists want to keep people ignorant, so that they can continue to attack what they perceive as Western or secular or whatever, and thus must be rejected.

They also want the freedom to perpetuate their misogyny. They hate women who do not acknowledge their place in society. But this misogynous thinking is found in many parts of the world, not just among extremists. 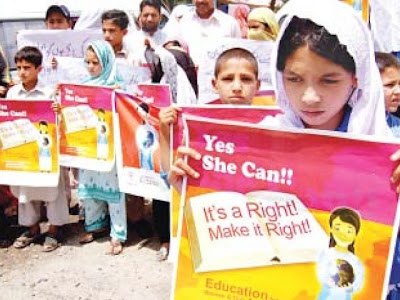 Those who deny the priesthood to women are generally not considered extremists, but they are relatives to those who bar women from getting the education they deserve and severely curtail their role in society. This is only one example of how, even in Western societies, women are discriminated against because of their gender.

Therefore it is wise for people in the West to be cautious in casting stones at extremists in other parts of the world for their rejection of education, especially for women. There are many complex cultural and historical factors that lie behind their behavior.

This is not to excuse such behavior. On the contrary, it must be condemned. Those who try to assassinate a teenage girl must be brought to trial. But many people in Pakistan share their sentiment, and thus Pakistani society as a whole must also be held responsible.

In Nigeria, the northern part of the country, what are called the sharia states, has not shared fully in the oil riches that Nigeria has blessed with, although some Nigerians might call it a curse. In these states students often do not enjoy a modern educational system, but instead attend madrasas, Islamic schools where the Qur'an is taught. 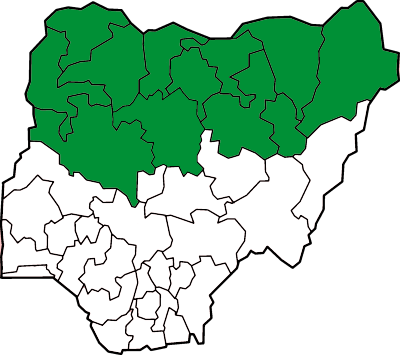 Universal basic education, which was promulgated many decades ago, has failed miserably to provide a proper education to millions of Nigerians because the necessary resources were never provided. Not only the North but the entire country has suffered as a result.

I have taught in Nigerian universities and seminaries and have witnessed first hand how poorly prepared many students are. In the North, for historical and other reasons, the preparation is even worse than in the rest of Nigeria.

Education in many parts of the world has become secularized. In addition, it is associated with a West that is widely condemned for its immorality and hypocrisy. Thus it should hardly surprise the rest of the world when extremists in Nigeria condemn Western education.

Yet education is important. Thus the world should encourage the people of Nigeria to get a good education and not to let extremists in the North deprive them of this basic human right.

The world should also ensure that all women, not only in Pakistan but elsewhere as well, are able to go to school. The attack by the Taliban on Malala Yousafzai may yet prove to be a crucial step in making that possible. As Muslims always respond when they make statements like this, Insh'Allah (God willing).