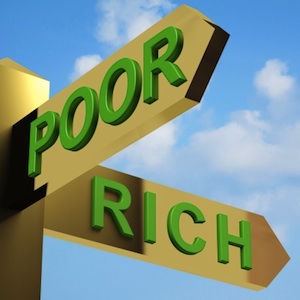 "But there is another form of poverty! It is the spiritual poverty of our time, which afflicts the so-called richer countries particularly seriously" (Pope Francis).

“The spiritual poverty of the West is greater than ours… You, in the West, have millions of people who suffer such terrible loneliness and emptiness…They feel unloved and unwanted. These people are not hungry in the physical sense, but they are in another way. They know they need something more than money, yet they don’t know what it is. What they are missing, really, is a living relationship with God” (Mother Teresa). 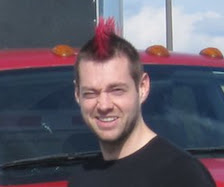 The abduction and killing of Tim Bosma and the video of Toronto Mayor Rob Ford allegedly smoking crack cocaine has shocked people not only in the Toronto area but throughout Canada, and indeed all over the world. Add to this, the drama in the Canadian Senate, where some senators have been accused of making false claims on their expense accounts, and one is left wondering why this has happened, all in the space of  a single week.


In the Bosma case, Dellen Millard, a 27 year-old, has been charged with first-degree murder as well as forcible confinement and theft over $5,000. What would motivate a millionaire like Millard allegedly to kill this young father and burn his body beyond recognition? The media has surmised that it could have been simply for the thrill. Two other men are implicated, one of whom was just arrested and charged.

Ford has not yet officially responded to the accusations made against him, in spite of repeated calls for his resignation. This is the latest in a long series of embarrassing episodes, which includes public drunkenness. There are at least 42 items on that list. Thus far Ford has not denied these allegations, except to say that it is "ridiculous."

The Senate of late has witnessed a series of resignations from the Conservative caucus, but so far not from the Senate. The issue is questionable expense claims, and in the case of Mike Duffy, a possibly illegal payment from the Chief of Staff in the Office of the Prime Minister, so that Duffy could repay the expenses he had improperly claimed and thus avoid further investigation by a Senate committee. 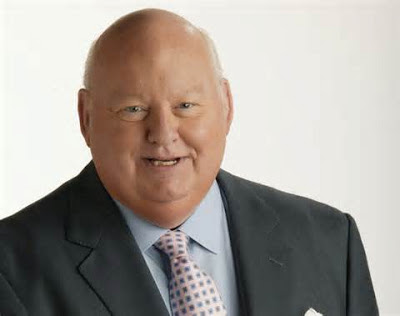 What is happening in the Senate is highly politicized, but the story boils down to greed by people who were appointed to their august positions as a reward for services to the governing party at the time. This scandal has now led to renewed calls for its abolition.

The thread that connects Millard, Ford and Duffy is what I like to call "spiritual poverty." Admittedly, this term is ambiguous, but what I mean by it manifests itself as pride, selfishness and addictive behavior, and is the result ultimately of a lack of a living relationship with God, as Mother Teresa puts it. This is a common illness in our society. It is not found in any medical diagnostic manual, but it exists nevertheless.

Like Millard, one can be materially well off, but spiritually poor. How else can one explain someone, who it is alleged, killed Bosma for his truck. The killing, it seems, occurred on the evening that Bosma disappeared. Millard, perhaps with the help of accomplices, then disposed of the body by burning it in an incinerator.

As the media repeatedly reported, Bosma was a "church-going" young man. Bosma's family and friends later thanked the media for their reporting, something which apparently had never happened before. My sister and her husband have very close connections with the Bosma family. And I share their denominational affiliation. Hence I have followed the case closely. I was shocked that this murder took place in our church community. 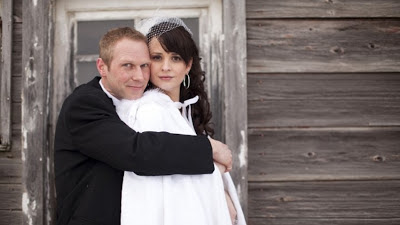 Tim and Sharlene Bosma on their wedding day

In 1978 Rabbi Harold Kushner wrote the bestseller, When Bad Things Happen to Good People, in response to the death of his son at the age of 14. It deals with the problem of evil. How can a good and loving God permit so much suffering? This is indeed one of the most difficult problems in theology.

Why did God permit Tim Bosma to die? As humans, there is no answer to that question. I am not suggesting that attributing "spiritual poverty" to Millard and his accomplices will provide the answer either. It will not. God only knows why this tragic event occurred, and why a family and community had to suffer such grief. Yet even in their grief, their faith gives them hope. This hope was expressed again several times during Bosma's memorial service.

Millard too has family. Whether they have any hope, I do not know. What I see is a very sick young man, who was apparently spoiled rotten as a kid. At age 14, he set a record for being the youngest person to fly a helicopter and a fixed-wing plane solo on the same day. He inherited the family airline business, and owns various properties in Ontario. Such a person does not have to steal a truck, unless he is very, very sick.

Rob Ford is also very sick. He is seriously flawed man, who may not even be aware of his problems, since every week he provides another example of his egregious behavior. His problems are so serious that he should resign, but he may not do that as long as he is unable or unwilling to address his illness. Unfortunately, he is not very smart. 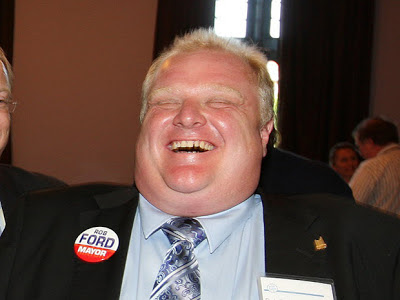 Mike Duffy and his associates in the Senate are smart people, but they are equally sick. Their greed drives them to do things that their intelligence tells them are inappropriate. Their behavior borders on the illegal, and in some cases may have crossed that boundary, but that is ultimately for the courts to determine.

The Senate story has since then become even more political. So much so that the moral failings of several senators has drifted into the background. The focus is now on the controlling personality of Prime Minister Stephen Harper. But that is another issue for another time.

All these people are, in my opinion, "spiritually poor." Nature, as we know, abhors a vacuum. In the spiritual world the same truth applies. When one is spiritually poor, then a vacuum arises and one's behavior becomes inappropriate. This affliction can affect everyone. These people are only a few examples of a more general problem that pervades our society. Many people today have a sense of entitlement -- the world owes them a living -- with all the accompaniments, a mansion, several cars, and so on.

Everyone needs to become spiritually richer. One does not have to become a member of any particular faith in order to do so. The resources for spiritual growth can be found in any faith, and even among humanists who claim to have no faith at all. One needs only to stop being self-centered and focus instead on others. 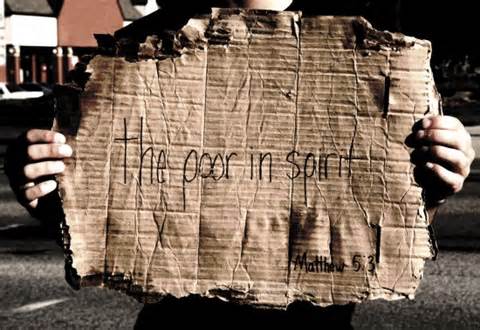 This is what Jesus taught when he said, "Blessed are the poor in spirit" (Matthew 5:3). The poor in spirit are those whose pride and sense of independence has been broken so that they are open to God, or at least something or someone outside of themselves. Then they no longer are as selfish as they were before. As we all realize, this is part of a long process that does not happen overnight, but happen it does.

Jesus does not promise that the poor in spirit will become materially rich, enjoy endless pleasure and constant laughter. But he does promise hope and joy that does not depend on outward circumstances. "For theirs is the kingdom of heaven," he promises. This is an upside-down kingdom because it is diametrically opposed to what this world values and praises.

God's blessing rests on those who humble themselves and come to him with broken and contrite hearts. As were reminded at the memorial service for Tim Bosma, he was not a "plaster saint." He was not perfect, anymore than anyone of us is perfect. But we can all experience communion with God. 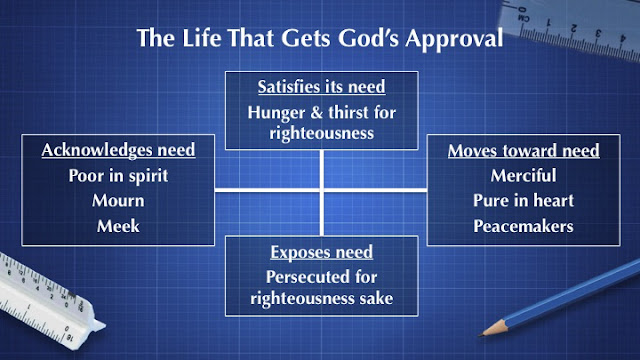 Sadly, that communion seems to be lacking in the lives of people such as Millard, Ford, and Duffy. I have selected these three, which all occurred in the same week, merely as examples, but I could have chosen many others. There is more than enough evil in the world to cite, but that should not be necessary.

Being poor is spirit is not the same as being spiritually poor. The latter is widespread today. It can be found everywhere. While it does not explain evil, recognition of this poverty is a prerequisite to providing a cure. People like those I have mentioned need to look into their hearts and repent of their behavior. Yet that is something that I suspect not one of them will do. All that we can do for them is pray for a change of heart.

Whether you are Jewish, Christian or Muslim, pray that those who are spiritually poor may become poor in spirit and live as God wants them to live. Many other religions agree. I invite them to pray as well. And even if you do not profess any religion, you too can live this way. Many atheists and humanists already do.