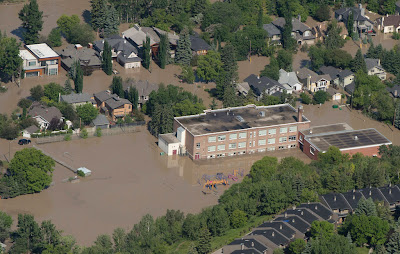 The recent floods in Canada and India have provided more evidence -- if more were still needed! -- of the consequences of global warming. If I restrict myself now to the floods in Alberta, the flooding there has been described as the worst that was ever recorded.

The preliminary estimate of the cost of repairs has been put at between $3 to 5 billion, not counting the hit to the Albertan economy, which has been estimated at $1.5 billion. About 120,000 people were forced out of their homes due to the flooding. The floods in Alberta have set a record for flood damage in Canada.

Immigration Minister Jason Kenney, a Conservative MP, who represents a Calgary riding, has dismissed suggestions that climate change has anything to do with the magnitude of flooding in southern Alberta. He has dismissed the flooding as “a once-in-a-century event.”

Yet others have noted that the 2005 floods in Alberta, which seems like a trickle of water in comparison was described as a once-in-a-century event. That would make this the second once-in-a-century flood in less than a decade. 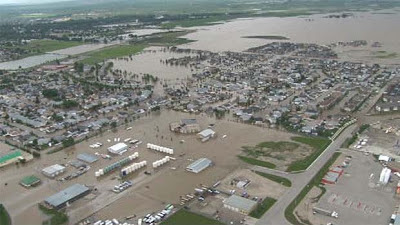 According to polls, Albertans tend to be the most skeptical among Canadians that climate change is a real problem. Prime Minister Stephen Harper, who as MP also represents a Calgary riding, and his government have tended to reinforce that skepticism.

However, now the enormous price tag of this flood may finally force skeptics to come to terms with reality. One can debate the causes of climate change, but it is indisputable that the planet is warming. This is setting off more frequent and more extreme weather events: floods, tornadoes, drought, freezing rain, prolonged heat waves or cold snaps. Often people hardly notice the effects of global warming until these incredible events take place. The southern Alberta floods may change all this, but I still have some lingering doubts.

While it is difficult to connect any particular weather event to global warming, David Suzuki, the noted Canadian environmentalist, explains how burning fossil fuels and pumping carbon dioxide and other heat-trapping gases into the atmosphere causes the surface temperature of the Earth to rise. That warming leads to climate change, which generates increased extreme weather-related events.

Those events, according to the World Meteorological Organisation's "Statement on the Status of the Global Climate in 2012," include "major heatwaves and extreme high temperatures, drought and wildfires, extreme precipitation and floods, snow and extreme cold, and tropical cyclones."

"Natural climate variability has always resulted in such extremes," the report adds, "but the physical characteristics of extreme weather and climate events are being increasingly shaped by climate change." 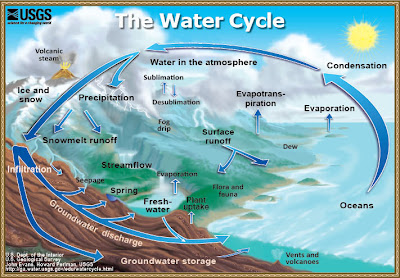 Scientists agree that climate change is especially about water. For every one degree increase in temperature, the atmosphere's ability to hold water increases seven per cent. They note that massive amounts of water from melting ice sheets are being liberated while evaporation increases from oceans that cover 70 per cent of Earth's surface.

In the meantime, greater turbulence and instability of the atmosphere and jet stream dump heavier loads of water and increase the frequency of extreme events like tornadoes and hurricanes. I read recently that wild shifting of the jet stream has resulted in record-high temperatures in Alaska lately.

In spite what we currently know about climate change, and even though less than one per cent of climate scientists dispute the prevailing research behind human-caused warming, news outlets, industry and others continue trying to convince us that it is not happening or that it is not a big deal. Governments are complicit in this cover-up by their refusal to act in any meaningful way.

Suzuki concludes by asking whether the recent flooding and extreme weather in southern Alberta were caused by global warming? Maybe not, he carefully notes, but he warns that we should expect more of the same, and worse, if we do not do something to get our emissions under control. 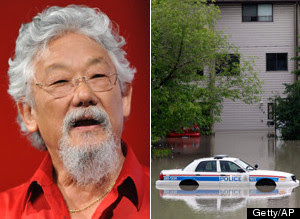 As many scientists warn, climate change is not just coming; it is already here. We may be able to adapt to and cope with some of its current effects, but it will become increasingly difficult if we continue to ignore the need to wean ourselves off fossil fuels, through conservation and switching to cleaner energy.

Global warming did not cause these floods, at least not directly. But man-made climate change is intensifying flooding, and our land use and development practices are worsening its impact. It is irresponsible to diminish the factors that contribute to climate change at enormous economic cost and disruption of people's lives.

Suzuki reminds us that air, water and land are intimately and complexly interconnected in ways that we still barely comprehend. He notes that for years the insurance industry has warned us that exploding costs of climate-related claims must be met with greenhouse gas emissions reductions.

Thus he adds: "it's shocking, after so many years of denial that human-induced climate change is real, to hear some pundits now calling for adaptation rather than demanding a massive program to slow climate change." 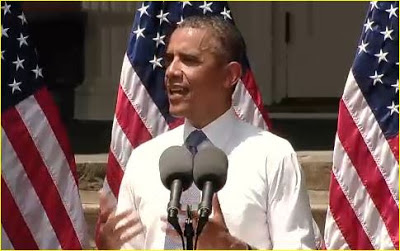 President Obama in a speech at Georgetown University went further than any previous US president in outlining a comprehensive strategy for dealing with climate change. He also said he would continue to make the issue a priority in his second term even in the face of implacable opposition from Republicans in Congress.

"I refuse to condemn your generation and future generations to a planet that's beyond fixing,"  he told a gathering of students. He outlined a broad range of measures to cut greenhouse gas emissions and promote the development of renewable energy, protect coastlines and cities from flooding and sea-level rise, and encourage efforts to reach a global climate deal.

Canadian governments have thus far been skeptical about climate change and thus been reluctant to speak out on it in the the forthright manner that Obama has. The consequences of global warming are now readily apparent for all to see -- except for those who keep their heads stuck in the sandbags. 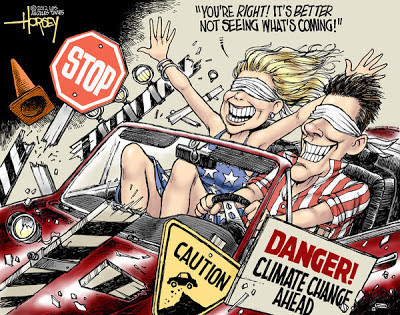 I am thankful that Obama has the courage to speak out on climate change, but I am disillusioned by the political conniving by many governments in Canada that deny the reality of it and prevent them from taking the necessary measures to alleviate the effects of global warming.

The Alberta government must find ways to stop drilling for more oil and gas and, instead, leave fossil fuels in the ground as much as possible. Not likely, perhaps, but this would be a much needed measure to reduce the consequences of climate change. Does Alberta need two "once-in-a century floods" in less than a decade?

How many more floods in his own backyard will it take before Prime Minister Harper recognizes the reality of global warming and addresses this issue in a similar manner to what Obama just did? The flood in 2005 did not change his mind, but will the flood of 2013 do so? I doubt it. Too bad for the people of Alberta! Too bad for all Canadians! Too bad for the whole world! 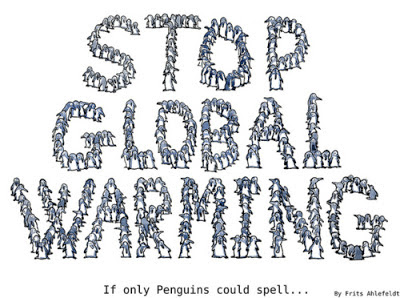