Canada's Office of Religious Freedom: An assessment after the first year

Canada's Office of Religious Freedom is now one year old. Thus an assessment on this anniversary is appropriate. That is what I want to do in this post. 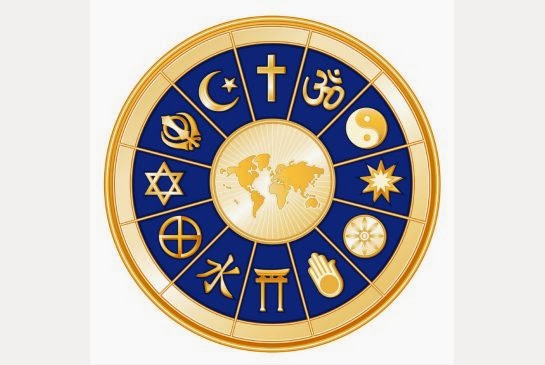 Two years ago I raised the question: Does Canada need an Office of Religious Freedom? Then I asked whether Canada needed such an office or whether this was just a political ploy. In my opinion, the proposal by the Canadian government to establish this office was politically motivated. It fulfilled a promise made in the 2011 federal election that helped them win a majority in the election.

I concluded that post by warning that the government should be very careful in what it does with the new office. It was a good idea, I explained, but it could be abused in many ways. There is now evidence that such abuse has indeed happened.

A year ago the Office of Religious Freedom was unveiled, along with its first Ambassador, Andrew Bennett. The new office has an impressive name and a huge mandate, but the staff is minimal, only five people, and the funding is minuscule, only C$5 million, which amounts to 0.002 per cent of the budget of C$2.5 billion for the entire Department of Foreign Affairs and International Trade, of which it is a part. C$4.2 is earmarked for a Religious Freedom Fund that is intended to support religious communities that face persecution in their home country.

According to the Foreign Affairs and International Trade website, the office's mandate is three-fold: 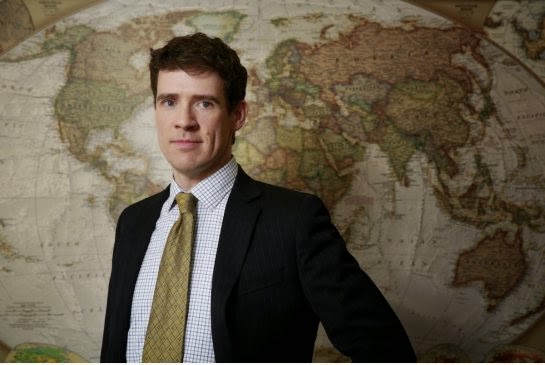 Andrew Bennett is a sub-deacon in the Ukrainian Catholic Church. This church is Orthodox in liturgy, but recognizes the Bishop of Rome. Because he is a Christian, some have accused him of bias in focusing on the persecution of Christians and that his office is being used for political purposes.

The first accusations is not entirely fair.  As the Toronto Star reports, in the last few years there has been a significant rise in religious hostilities around the globe. From 2007 to 2012, the proportion of of countries where abuse of religious minorities occurs almost doubled from 24% to 47%, while the use or threat of violence to enforce religious norms has more than doubled from 18% to 39%.

Bennett quotes the Pew Research Center when he states that about one third of all the countries in  the world place high restrictions on religious practices and experience some social hostilities. In total numbers that takes in roughly 75% of the world's population. There are several countries where his office is not permitted to visit.

Interestingly enough, both Christians and Muslims are harassed in roughly an equal number of countries. Thus neither religion can claim that it is being persecuted more than the other. Yet it must be noted that Christians today are persecuted primarily by Muslims and the adherents of other faiths, while Muslims also experience a lot of persecution from their fellow Muslims.

But the use of the Office of Religious Freedom for political purposes is a much more difficult accusation to fend off. Bennett accompanied Prime Minister Stephen Harper on his recent trip to Israel, where Harper took a strong pro-Israel stance, clearly in order to curry favor with Jewish voters. Bennett's involvement in such a highly political trip is questionable, since it put the neutrality of his office in jeopardy.

The office was already jeopardized through its use by the Conservatives to appeal to the ethnic vote that they will need in the 2015 election. Bennett has traveled extensively and made contacts with the leaders of many religious groups, but none of these groups are represented in the office. That will not be possible as long as it has such a minimal staffing, but there ought to be some indications that it is moving in that direction. So far there are none.

Some groups have been positive about the office, but that may only be out of politeness. Most Canadians are unaware of the Office of Religious Freedom, which is hardly surprising since it has a minuscule budget. However, in fairness to Bennett, he will need more time to give it more credibility. Perhaps, by this time next year, it will become a little clearer whether it is indeed credible or it will be exposed as a political tool that is intended to win the next federal election.

Much remains to be done. The Religious Freedom Fund, which has funded several programs already, is now slated to fund a project in Nigeria that will bring Muslim and Christian women together for dialogue. But how much that will achieve is debatable. There are many local initiatives there that also need funding. But when funding is extremely limited, how many of them could be funded, even if Bennett was aware of them?

The office looks good on paper, and Bennett's intentions are no doubt noble, but the office is limited in what it can accomplish. Some issues that have been neglected thus far, or were totally ignored, are atheism and
freedom from religion.

Atheists would like Bennett's office to investigate the persecution of atheists. They would also like the Office of Religious Freedom to concern itself with freedom from religion. Whether that is possible is dubious.

Bennett emphasized a year ago at the opening that his office would defend everyone, even those who have no religion: "All people of faith and, again, those who choose not to have faith, need to be protected, their rights need to be respected. That's what this office is about." That would seem to include atheists and humanists. 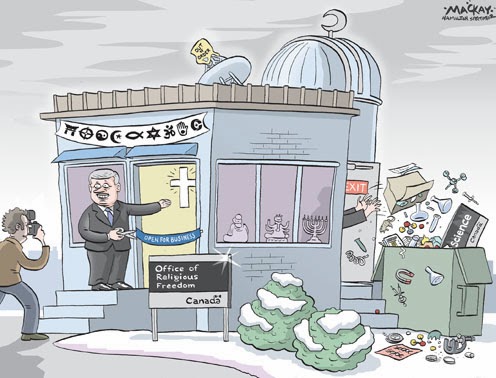 But, as I have argued in an earlier post, freedom from religion, as some atheists and humanists present it, is impossible. The influence of religion is pervasive. Sometimes it is healthy and productive, sometimes it is not. Yet when atheists and humanists want to avoid the influence of religion entirely, they are throwing the baby out with the bath water. They see religion as entirely evil, but I do not. That is a fundamental difference. and that is why, in my opinion, the issue of freedom from religion probably does not belong on Bennett's agenda.

That does not mean that atheists do not deserve protection, if they are indeed being persecuted. However, I do not see many examples today of atheists being persecuted. On the contrary, believers are too often held up to ridicule by atheists, as I can testify form my own experience over the years. I admit that may not qualify yet as persecution, but it too is objectionable. If freedom of religion means anything, it means that I, and many others too, should be able to practice our respective faiths without any form of persecution, however subtle, from those who claim to have no religion.

The effectiveness of what Bennett has accomplished during the last year is debatable. For one thing, it is hard to measure. The mandate of the office is huge, but the minimal staff and funding preclude him from doing very much. If his office is simply to inform, then there are private organizations that are already doing that.

But if it is indeed to protect and be an advocate for religious minorities either in Canada or elsewhere in the world, as per its mandate, then it will not be able to accomplish much more than it has already done, which is very little. It is too small and too underfunded to do anything meaningful. 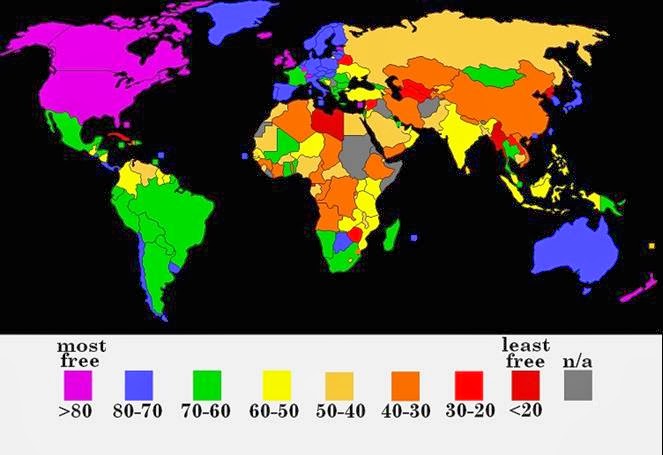 A global map of religious freedom

If Bennett's office really wants to wants to oppose religious hatred and intolerance, then it will have its hands full indeed. Unfortunately, it will be unable to accomplish little more than issue meaningless platitudes from its small rooms in Ottawa. There is simply too much hatred and intolerance in the world today. They cannot be eradicated, or even mitigated in any substantial way, by this small office, or any other office for that matter.

If it truly desires to promote pluralism and tolerance as Canadian values, then I wonder if this office is the best vehicle for this. Its hands are tied by a Conservative government that does not really respect pluralism as long as minorities are largely excluded from the decision making process. They have, as I have already noted, been excluded from this office.

My suspicion that the Office of Religious Freedom is political creature of the current government is increasing all the time. This office is needed, but I am not sure that with its present mandate, staffing, and funding it can do very much except as a token that pleases the Conservative base and will be another building block that will contribute to yet another majority government for Harper.

In conclusion, my assessment of this office after its first year is one of great disappointment. Much of what has happened I had already anticipated. Yet I had high hopes that it would transcend its limitations and thus become a true voice for religious freedom everywhere. That may yet happen, but not under this government, I add with deep regret.

Canada needs much more than this office, and the world also needs and deserves something much better.