A Holy Week and an unholy world

I had hoped to publish this post before the end of Holy Week, but that is no longer possible with the arrival of my daughter, together with her four children, from Massachusetts. They are here for a week to celebrate Easter with us and enjoy Toronto. I thank God for both my descendants and the miracle of Easter. 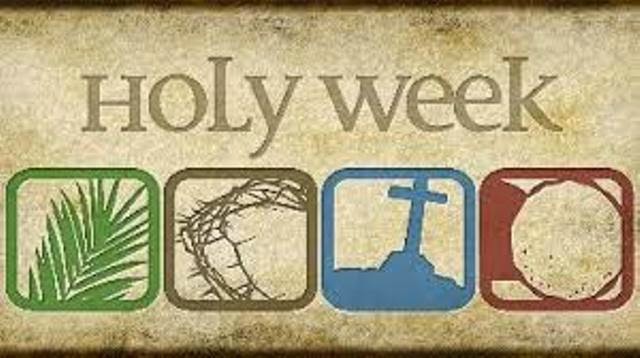 That we live in an unholy world is apparent to all of us. One only needs to read newspapers or watch TV to be rudely reminded of this reality. The massacres by Boko Haram in Nigeria, the dissection of Ukraine by Russia, the disappearance of a Malaysian airliner, the sinking of a South Korean ferry, and the senseless killing of five students by a fellow student in Calgary, are only a few recent examples that occur to me.

There are many more. Just think of the Boston Marathon bombings last year or the ongoing turmoil in Syria, where millions of refugees have fled the country because of the long-lasting civil war. I was reminded of these refugees when I witnessed a Syrian family begging in Istanbul. Later I saw other Syrian refugees in that city. There are an estimated million refugees in Turkey. There are as many as well in other neighboring countries, like Lebanon. What is is the rest of the world of the world doing to help end the strife in Syria? Very little, sad to say.

The world is also standing on the sidelines as Ukraine is being dismembered. Sanctions are of little value when countries like Britain, France, and Germany are all reluctant for various reasons to put real teeth into such punitive measures. We can only pray that diplomacy may yet stop the Russian advance, but the early signs already point to a negative  response on the part of those who are occupying building in eastern Ukraine to the agreement signed in Geneva by Russia. The protesters have said that Russian foreign minister "did not sign anything for us."

Thus it is good to learn that appearances can be deceiving, and that reality is not as it seems. That is what Holy Week teaches us. The Christian world has again celebrated Holy Week. One of the lessons of Holy Week is that Christians are forced to focus their attention, at least temporarily, on on another reality -- a reality that faith alone allows them to see.

Technically, every day of every week is holy. Holy Week is, therefore, no more holy than any other. But this week is traditionally called Holy Week. Also, the world is not always unholy, but here I am using the word "world" as a short form for the evil that exists in the world. I admit that I am a news-nut. I pay more attention to current events than is perhaps good for me. Such a diet serves only to depress people, as my wife often reminds me. Holy Week, however, has the potential to drag people away from a depressing reality and provide them with a glimpse of a new and better world, one where sin no longer reigns and death has been conquered. I need that glimpse, as do all Christian believers.

Holy Week, which culminates with Easter, drags me away from TV and radio for a while. For a few brief hours every day I could live in a new world, one that will become a full reality for me after my death, when I too will experience the resurrection that Christ has made possible. That is what Holy Week does for me and countless other Christians. Weekly church services can do that too, but Holy Week does it in an especially profound and poignant way.

This year all Christians in the world celebrated Easter on the same date. That happens only rarely. The dating of Easter is a complex subject. Briefly, the early church fathers wished to keep the observance of Easter as soon as possible after the Jewish Passover, because Christ`s death, burial, and resurrection had happened after that event. But the Passover is movable, and thus Easter is also movable.

The Western and Eastern churches tend to use different calendars and have different ways of calculating the date of Easter. Thus the dates rarely coincide. Last year they were five weeks apart and next year they will be separated by a week. But this year they coincide, as they did in 2007, 2010 and 2011, and will again in 2017. Thus Holy Week also coincides for the two traditions. The church services during Holy Week all focus on Christ`s passion and death, ending with his burial. These are somber days, illustrated vividly by Tenebrae services where lights in the church are slowly dimmed until only one candle signifying Christ is left. I attended several such services during this Holy Week. That has been my custom ever since I lived in Moscow. Every night, in fact, was marked by worship.
.
Christ`s resurrection marks a new beginning for humanity and indeed all of creation. It is thus a joyous event -- the most joyous one in the ecclesiastical calendar. Easter is the highlight of the Christian year, for me; I am sure most adult Christians would agree. Children, for obvious reasons, may vote for Christmas, but the older generation prefers Easter.

From the somberness of Holy Week to the joyfulness of Easter Christians everywhere can participate in a drama that dispels, however, briefly, the cruel reality of the unholy world in which all of us exist. I say this not to proselytize anyone but only to testify to my own experience and that of other Christians all over the globe.

Those who do not participate in this drama, even if they are Christian believers, may never experience that feeling, since it is only through faith and actual participation that a new and better reality becomes apparent. The unholy world disappears for a while, and it is replaced by a vision of a transcendent reality. That this unholy world reappears repeatedly is an indication of the already and not yet nature of that transcendent reality: it is here, but not fully yet. One day all of us will experience that reality. 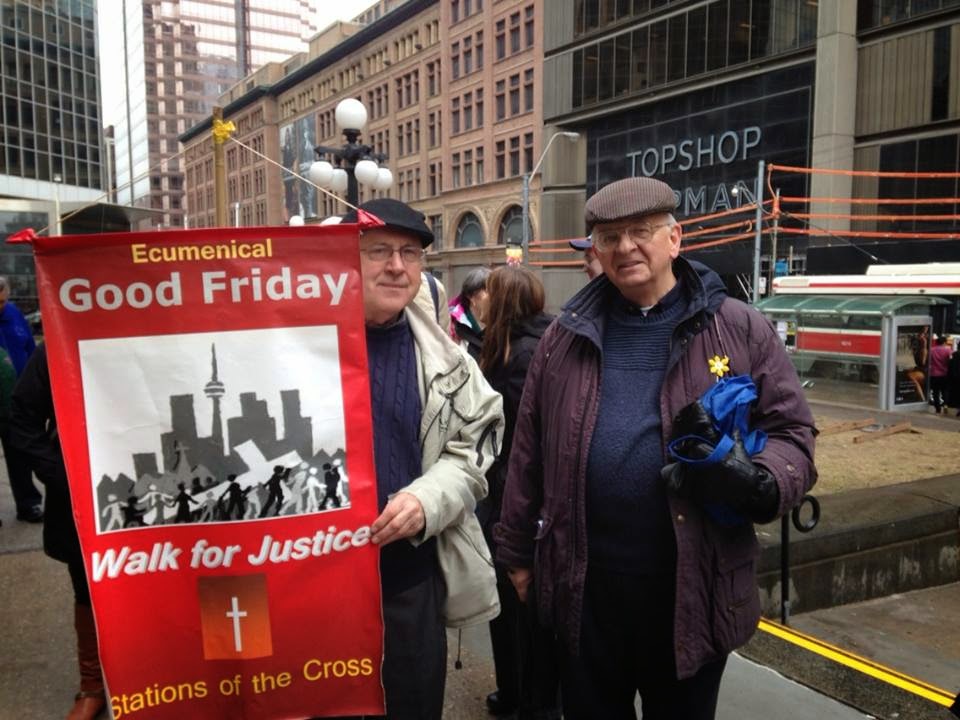 I am holding a poster for the Good Friday walk

On Good Friday I participated in this drama in an unusual way. I joined the Ecumenical Good Friday Walk for Justice. At the various stations of the cross the walkers were confronted with various injustices. We heard stories about about how an unholy world treats the environment and other humans. A reading of Matthew`s account of the passion of Christ put this misuse of the creation into sharp relief. We felt we were indeed walking with Jesus, as we sang lustily on the streets of Toronto. It concluded with a simple meal of bread and vegetarian soup served in Holy Trinity Anglican Church, which abuts the Eaton Centre.

This event too provided a glimpse of that new transcendent reality when we stood shoulder-to-shoulder with our aboriginal brothers and sisters, as well as those from countries like the Philippines, who bear the brunt of these injustices.

My commemoration of Good Friday concluded with Duruflé`s Requiem, performed by the Toronto Mendelssohn Choir. This year I could compare that work with Fauré s version that I heard on Palm Sunday. Both pieces are beautiful; both usher the listener briefly into another reality, yet I admit that I prefer Fauré. That is the power of music, especially the music of Holy Week and Easter. 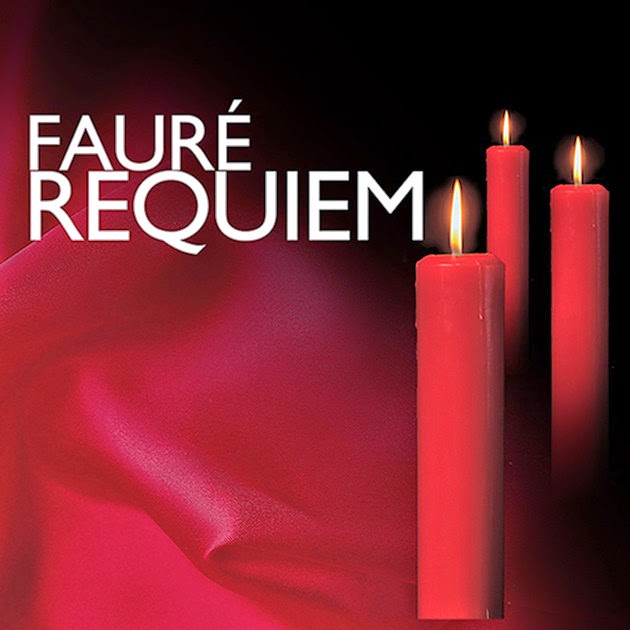 This post has become more personal than I had intended when I began. I had hoped to send it off before Easter, but that was impossible, with four small children running around the house. In addition, I received word that my mother is dying, so I had to travel to Ottawa to be with her.

I have five siblings, and we are sharing the burden of providing round-the-clock care for her. We started doing taking turns on Easter Sunday. Together with my youngest brother, I have taken the midnight through 4 am shift. But this is the least we can for our mother.

I say all this to illustrate how an unholy world keeps impinging itself on us. Death is the last enemy, and it is especially cruel. Yet the joy of Easter provides us with a renewed hope. Christ's resurrection is the promise of our own resurrection and that of those whom we love.

As the culmination of Holy Week, Easter reminds us that the reality that an unholy world presents us is not lasting, but it is transitory. There is another, better reality, one that is intended for every Christian. People like my mother can experience that immediately; others of us may have to wait a while. But the promise is there. God is faithful. He always keeps his promises.