The Secularization of a Saint: How St. Nicholas Became Santa Claus 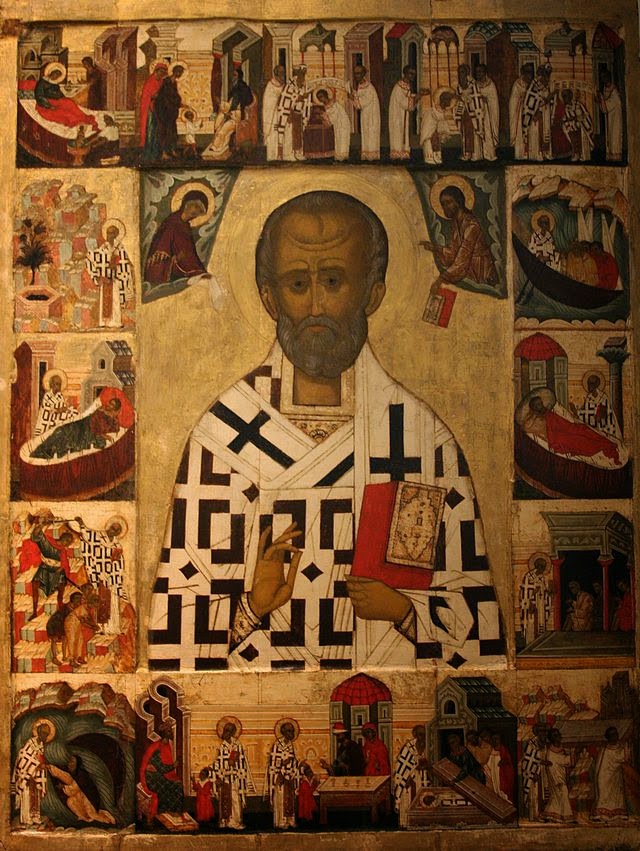 December 6 is the feast day of St. Nicholas, but in the Netherlands he is celebrated on the previous evening and is known as Sinterklaas. This is one step in the secularization process that turned a saint into the commercialized figure we know today as Santa Claus.

Sinterklaas, when moved to the new world, became Santa Claus, who later has become confused, at least in the minds of children, with Christmas. That association is unfortunate, but it is the result of a long secularization process.

Although some people question the specifics, the broad lines of how this 4th century saint became an over-weight, red-suited man are well known. For me in particular, having spent my early childhood in the Netherlands, this story has a special fascination.

Saint Nicholas is a real historical figure. He was born on March 15, 270, in what is today Turkey  and died on December 6, 343, in Myra, where he was bishop for many years. He attended the First Ecumenical Council in Nicaea and was one of the bishops who signed the Nicene Creed.

He is reputed to have performed many miracles. He also had a reputation for secret gift-giving, such as putting coins in shoes. Stories of him rescuing some poor girls and helping sailors likely have an historical basis. Thus he has become the patron saint of sailor, merchants, (repentant) thieves, students, and children, especially the last. 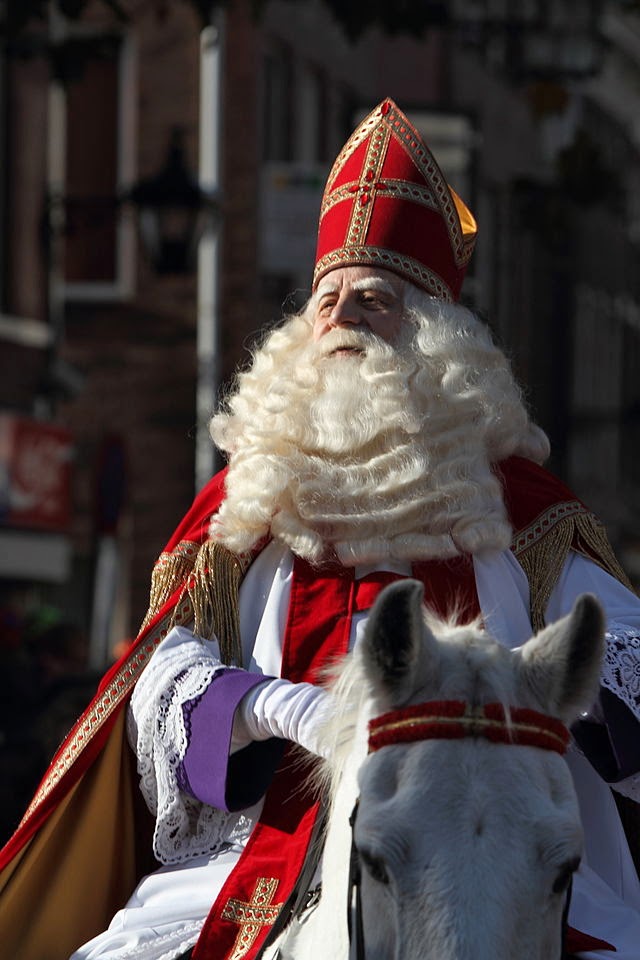 In the Netherlands Sinterklaas is celebrated with gift givng. Sinterklaas arrives carrying a bag with many gifts. I still remember one celebration when I was very young, My grandfather had disappeard for a while; when he returned he brought in a bag of gifts, pretending that Sinterklaas had keft them, but I immediately recognized the deception. That was my first lesson in demythologization.

Traditionally, Sinterklaas arrives on a boat from Spain, and then rides a white-grey horse into town, visiting schools and shopping centers,. He is an elderly man, with whiter hair and full beard, dressed as a bishop in white alb and red stole. He carries a book which records whether children have been well-behaved or not, and rides over the rooftops from house to house to distribute gifts.

He is accompanied by  a servant, Zwarte Piet (Black Peter), who actually climbs down the chimneys, like Santa Claus in North America. Treats are left in children's shoes, but Zwarte Piet also carries a birch rod to punish those who have been naughty. He throws some treats as well, much like St. Nicholas threw coins to save some girls. Children, in turn. leave treats for Sinterklaas and Zwarte Piet. 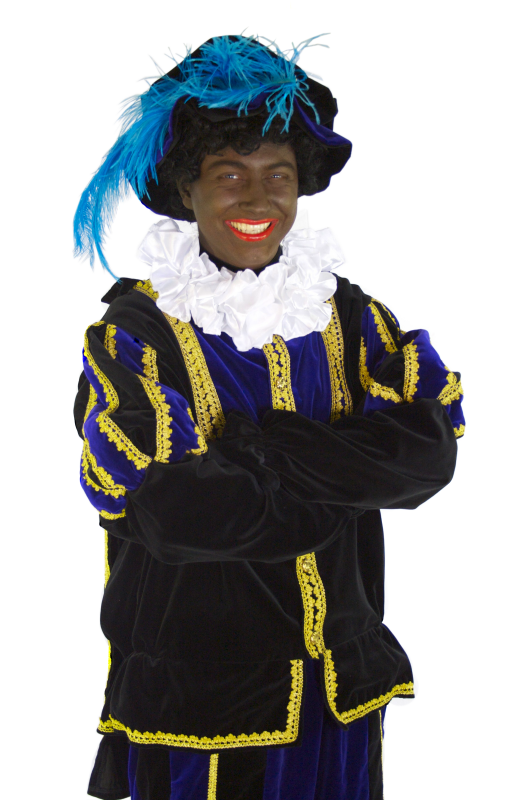 The main gifts are often left in a sack outside the door, brought perhaps by a neighbor or relative, as my grandfather did. Eventually children outgrow Sinterklaas, as I did, and tafter that some parents in the Netherlands started giving gifts at Christmas time.

My parents, however, distributed presents at Sinterklaas. They continued to do so even after we emigrated to Canada in the early 50's. Only later did we join our Canadian neighbors in giving gifts later in the month, although like many people of Dutch descent we did so on Christmas eve rather than on the 25th. We continued that practice with our own children while they were growing up.

Similar customs are observed in Belgium and some other countries, but then on the morning of December 6, the actual feast day of St. Nicholas. This is probably because these countries are predominantly Roman Catholic. Protestants in the Netherlands have always had a problem with saints.

The celebration of Sinterklaas was brought by the Dutch to New Amsterdam (which later became New York). For many years the Dutch customs fell into abeyance, but Washington Irving is often held responsible for reviving them, although Irving did make some changes, such as introducing a wagon, which later became a sleigh. Thus Sinterklaas became Santa Claus.

This, in brief, is how a saint was secularized. However, today very few people realize that Santa Claus was originally St. Nicholas. Unfortunately, not only was a  saint secularized but also Christmas. 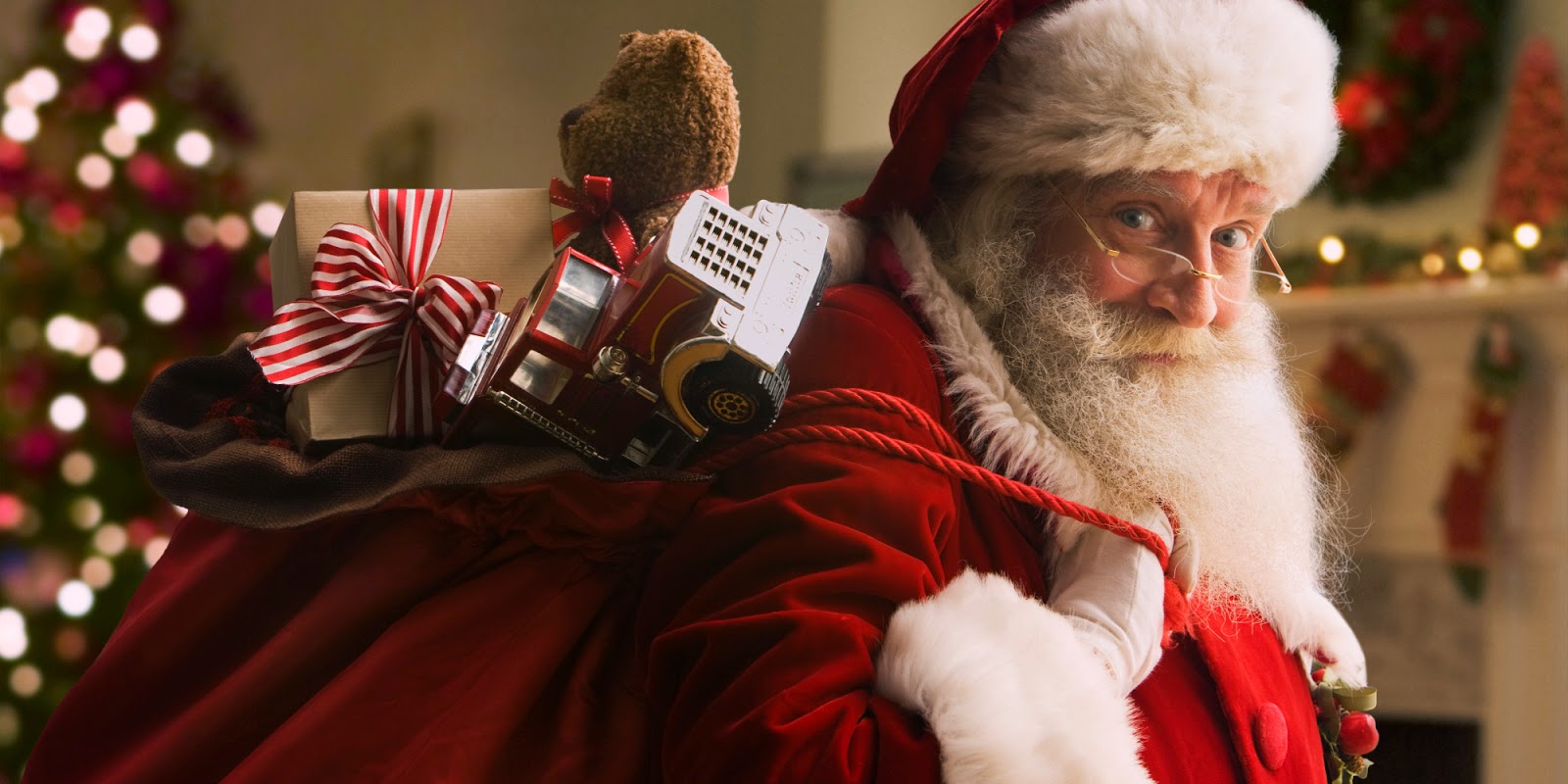 Especially in a multi-cultural city like Toronto, but now also throughout much of North America, it is no longer fashionable to wish people a "Merry Christmas." Instead, one must be inclusive and wish them a "Merry Holiday." As a result, Christ has been taken out of Christmas.

In the past many have said that ever since Christmas became Xmas, Christians should give that day back to the pagans. Some of the customs associated with Sinterklaas are probably pagan anyway, so then Christians no longer have to be embarrassed by the commercialization associated with that day.

Santa Claus has nothing to do with the real Christmas, so Christians should take a page from the Dutch and celebrate Sinterklaas. Gift-giving can be done on that day and not at Christmas.

That way Christmas can once again become a celebration of the birth of Christ. Santa Claus might share that day, but Christians can ignore many of the pagan rituals associated with that fat guy and instead can concentrate on the real meaning of Christmas.

If that sounds too difficult, let me make an even more radical proposal: Christians should move their celebration of Christ's birth to some other day. The likelihood that Christ was actually born on December 25 is minimal. My own preference is for an October date, since that seems much more probable, at least according to the biblical and historical evidence. 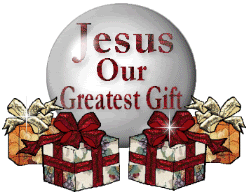 Moreover, December 25 has pagan connections, thus it may be wise to reject that date entirely and opt instead for an alternate date. Yet this may be too much for many Christians to accept. It is one thing to witness the secularization of a saint, but it is quite another to shift one of the major feasts in the Christian calendar to another date because of this secularization.

One final note yet about Zwarte Piet: Is the tradition of Zwarte Piet racist? A large majority of Dutch people have no problem with this figure, who for centuries was understood to be a black Moor. But others contend that this is racism and can no longer be tolerated in Dutch society.

The majority might respond that Zwarte Piet is dark only because he is covered with soot from climbing chimneys, but that story does not satisfy the protesters. There are already many ethnic tensions in the Netherlands, Is this yet another example of Dutch prejudice?

Turkey's foreign minister was recently concerned about the rise of racism in the Netherlands, directed especially against Turks. It is ironic that a saint who was born in what is now Turkey would be associated with such racism.

Yet it aptly illustrates the confusing world in which we live, where secularization has run rampant and charges of racism are heard everywhere: from Amsterdam, to Ferguson to New York City, as well as many other cities all over the globe. 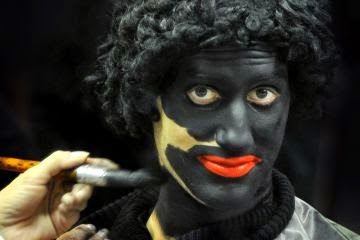 Maybe it is time for people in the Netherlands to modify Zwarte Piet and make him more acceptable in the modern world. Many people, not only in the Netherlands but elsewhere as well, are not disturbed by secularization, but racism does concern them.

I am concerned about both. The secularization of St. Nicholas cannot be undone. Santa Claus is here to stay, as much as many of us, might bemoan that fact. But racism, even if unintended, must be uprooted wherever it pops up.

So must sexism, since December 6 also marks the 25th anniversary of the massacre of 14 women in Montreal by a deranged killer who hated feminists.

Clearly, we live in a broken world that cries out for healing. December 6 is indeed a day for reflection -- on secularization, racism and sexism.