Torture and Deception by the CIA 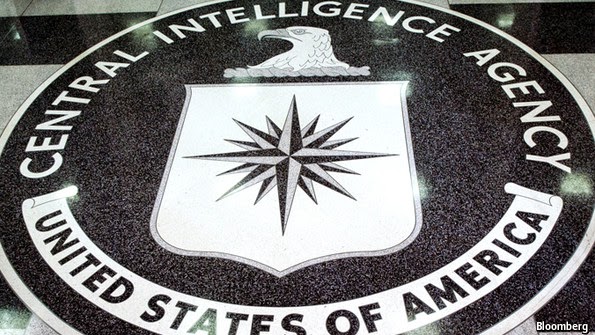 The Central Intelligence Agency should get a new new name: The Central Deception Agency, after the release of the 500-page US Senate intelligence committee report that accused the agency of torturing detainees and then lied about the results of the interrogations.

John Brennan, the agency director at a news conference defended the interrogation program by claiming that it had saved lives after the September 11, 2001 attacks. However, he declined to describe the interrogation techniques as torture. In fact, he did not use that word at all in his remarks.

According to the report, agency officials for years told the White House, the Justice Department and Congress that the techniques had elicited crucial information that thwarted dangerous plots, but the report notes that none of the agency's "enhanced interrogations" yielded any crucial information. These officials practiced this deception for a long time.

Yet there is evidence that some politicians were duly informed and raised no objections. A former CIA director, Michel Hayden, claims that President Bush personally approved the interrogation techniques. Nevertheless, there was deception: the American people were never properly informed.

The report cites the CIA's own records to document how waterboarding and other techniques were regularly used to interrogate at least 39 detainees from 2002 to 2007, although the practices may have continued longer.

Needless to say, these detainees were not white middle-class Americans, otherwise such methods would never have been tolerated. They were Middle-Eastern "ragheads," as some have called them. Clearly, post 9/11 Islamophobia is involved. 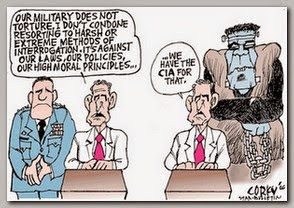 Last year I reviewed Zero Dark Thirty in this blog. This film shows some of the torture techniques, such as waterboarding, that were used to extract information that according to the film led to the death of Osma bin Laden. Whether that was the case is doubtful.

Waterboarding was first used by the mass media in an article in the New York Times (13 May 2004) dealing with Khalid Shaikh Mohammed, who was believed to have helped plan the attacks of September 11. CIA interrogators used this technique in which a prisoner is strapped down, forcibly pushed under water and made to believe he might drown. Alternatively, water is poured over a cloth that covers the face and the breathing passages of an immobilized prisoner. Unlike most other torture techniques, waterboarding produces no marks on the body and has therefore been favored, but it is widely considered to be torture.

Senator John McCain, who himself was tortured during his five and a half years as a prisoner of war in North Vietnam, has unequivocally rejected waterboarding. He states that it is a mock execution, and thus an exquisite form of torture. Therefore it is not surprising that condemned the CIA for its interrogation methods.

Waterboarding causes severe physical and/or mental suffering, which is the central element in the definition of torture of the 1984 UN Convention Against Torture (which came into force in June 1987). In addition, it clearly fulfills the three additional definition criteria of the Convention for a deed to be labeled torture: that it is 1) done intentionally, 2) for a specific purpose and 3) by a representative of a state, in this case the US. 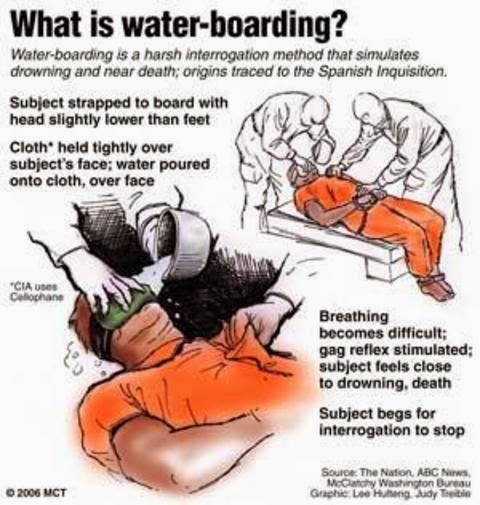 Both houses of the US Congress approved a bill on February 2008 that would have banned waterboarding and other harsh interrogation method, but it was vetoed by President George W. Bush. On 22 January 2009 President Barack Obama moved away from the position of the previous administration through an executive order that prohibits the use of waterboarding by US personnel.

In 1973 Amnesty International had adopted a very simple, broad definition of torture: "Torture is the systematic and deliberate infliction of acute pain by one person on another, or on a third person, in order to accomplish the purpose of the former against the will of the latter."

Even if there is no torture, at least not in the legal sense under the narrow definitions that the US prefers to use in order to justify the CIA actions, there is still an ethical issue that will not disappear. The Amnesty International definition places the morality of torture front and center, but other narrower definitions cannot dismiss the ethics of torture.

From an ethical perspective, torture is not justifiable under any circumstances, as I have argued previously. The war on terror was used for a decade to justify torture with arguments that would never have been accepted before 9/11. The need for information, according to the CIA director, outweighs the ethical arguments against it. But that is blatantly false. 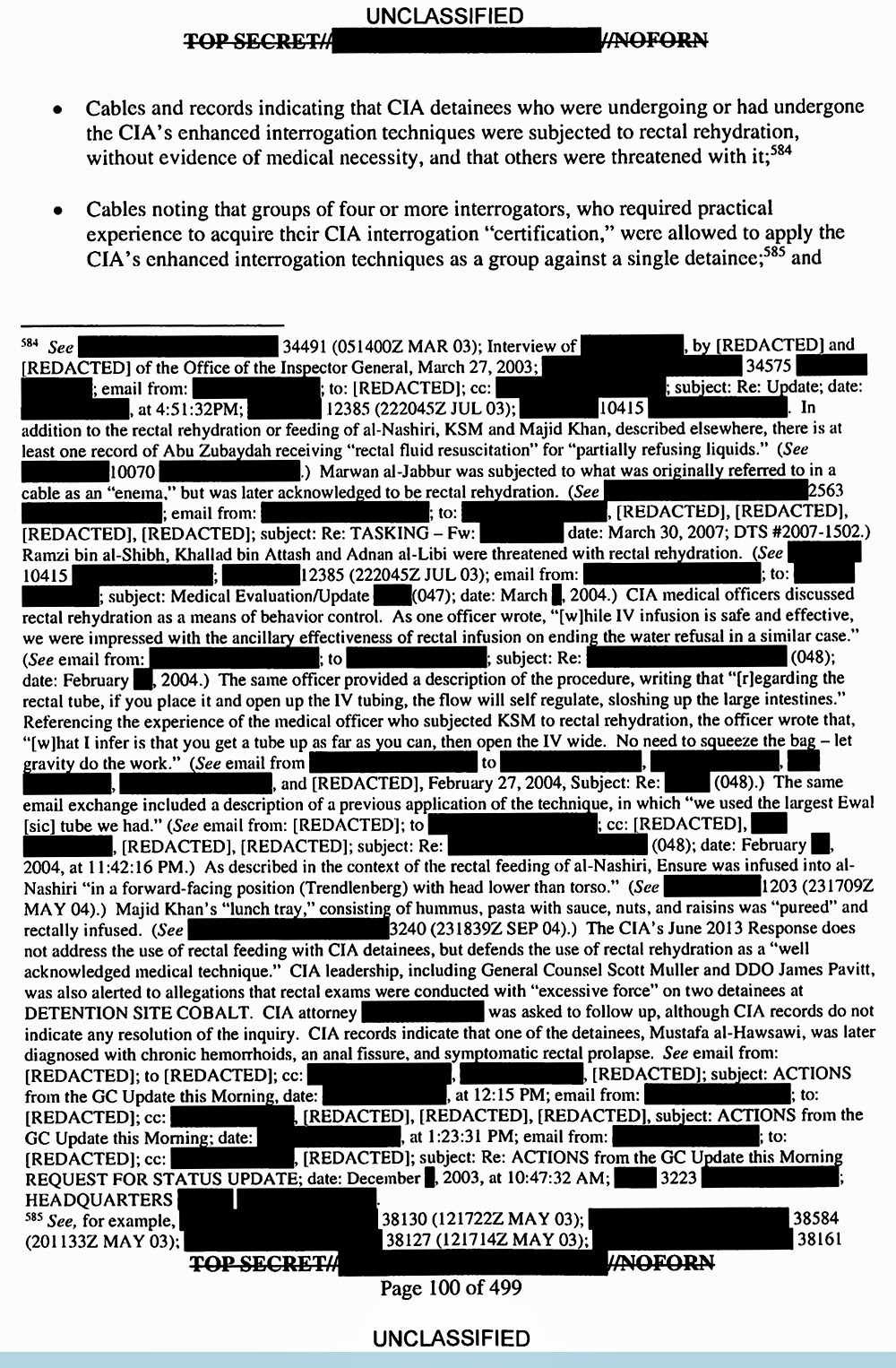 A heavily redacted page from the CIA report

Brennan in the news conference did draw a distinction between interrogation methods such as waterboarding, which according to him were approved by the Justice Department at the time, and those which were not, such as "rectal feeding," a method that is so abhorrent that it does not need to be described further, death threats and beatings. If they were illegal, why was they used at all by the CIA?

He conceded that CIA officers at times exceeded the policy guidelines and the authorized techniques that had been approved as lawful. "They went outside of the bounds . . . I will leave it to others how they might want to label these activities. But for me, it was certainly regrettable."

"Regrettable" does not cut it. These acts are reprehensible and must be forcefully condemned in the court of world opinion. However, it is highly unlikely that any of those who perpetrated these acts, much less those who authorized them, which may reach as high as the president, will ever be brought to justice. Former Vice-President Dick Cheney has dismissed the CIA report out of hand.

These acts cannot be dismissed merely as an aberration, and thus out of character for Americans. Nor can they be explained as just isolated events. They are closely connected and, moreover, are symptomatic of a much deeper problem. 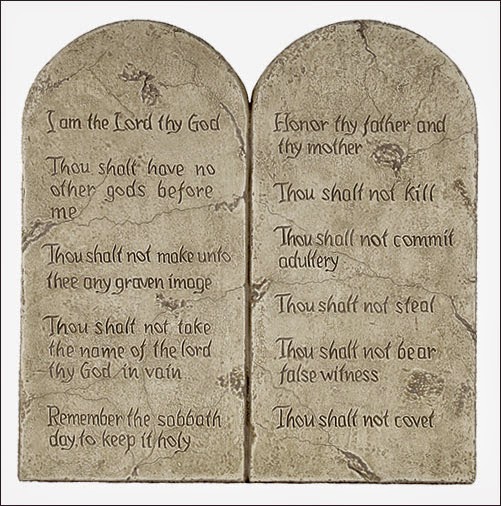 Ignorance on the part of government officials is not enough to justify these acts. Ignorance can be excused, but the type of behavior exemplified in the incidents cannot. It demonstrates a total disregard for the humanity of others, specifically those that the US was fighting against. The perpetrators and the higher ups all seemed to think that the enemy were sub-humans or even non-humans and could thus be treated any way they  wanted.

Atrocities take place in every war, of course, but that cannot be an excuse either. War is reprehensible and, in this nuclear age, can no longer be justified. There is no "just war anymore."

The war on terror is morally ambiguous. It represents an unjustifiable and inappropriate response to 9/11, even if not everyone is prepared to admit this. This ambiguity may help to explain some of the atrocities that have been committed by Americans since then. If the American public is so divided on this issue, as it is on many others, it is no wonder that some people in the CIA were confused and thus perpetrated these unconscionable acts.

This ambiguity does not excuse their behavior, but it is at least a partial explanation for what happened. Yet the ambiguity of the "War on Terror" does not provide a full explanation.

Perhaps a  full explanation is impossible. War does terrible things to people. It is evil, and makes people commit acts they would not do otherwise.

Americans are no more evil than the citizens of other nations. In fact, no country has the patent on either evil or good. Evil is endemic in the world today. Atrocities have been reported in every country. Thus no nation can self-righteously sit in judgment of the US. Other countries, were complicit in what the CIA did.  But, let me be clear, no nation should permit such atrocities to occur or be involved in them in any way.

The US needs to face the reality of these atrocities. Americans must not wait for other nations to judge them, but they need to ask themselves if they have lost their moral compass., especially in connection with the war on terror.  Americans must loudly condemn what the CIA did in the name of that war.

Muslims have repeatedly condemned the US for waging war on Islam. But I do not say this in order to exonerate Muslims who have their own share of horrible acts to live down. It is no wonder that religion is blamed for so many evil deeds.

Neither the atrocities perpetrated by supposed Christians in the West nor those committed by supposed Muslims in the name of the Islamic State or Boko Haram can be excused in any way. They must be punished, but sometimes that punishment must wait for a Higher Judge who is able to meet out justice with perfect impartiality. We must all wait until then.

All faiths have a moral compass. Unfortunately, not everyone in those faiths follows that compass they way they should. Thus no faith should claim moral superiority over all other faiths. 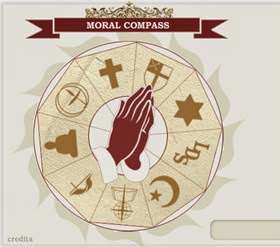