Let's Demand Integrity from Our Politicians 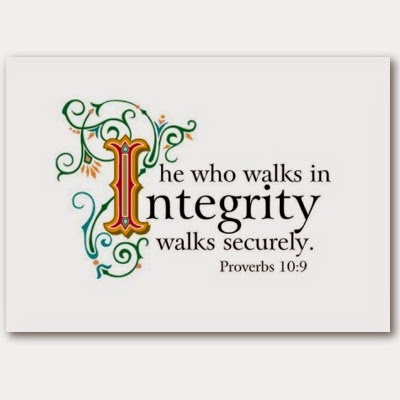 It is high time to demand integrity from our politicians. Integrity can be defined as "the quality of being honest and having strong moral principles; moral uprightness." The Bible affirms the importance of integrity in many passages. In fact, it demands integrity.

Unfortunately, this character trait often seems to be lacking in politicians. While I I do not mean to suggest that all politicians are challenged in this way, some are, and they are the ones who give all politicians a bad name.

Admittedly, only a few politicians seem to totally lacking in integrity. One such politician is the
Israeli Prime Minister Benjamin Netanyahu who recently revealed his lack of integrity to the whole world. And, as he is discovering, there is an enormous price to pay.

Barely three days after Netanyahu had told Israeli voters that there would not be a Palestinian state if he were to be reelected as prime minister, and only two days after the Israeli election, he reversed his pre-election promise..

"I think that anyone who is going to establish a Palestinian state today and evacuate lands, is giving attack grounds to the radical Islam against the state of Israel," Netanyahu had told an Israeli news website only a day before the election.

But Netanyahu made a 180 degree turn when he said on an American network, "I don't want a one-state solution. I want a sustainable, peaceful two-state solution," while insisting, "I haven't changed my policy."

Some voices in Israel and elsewhere later tried to soften these remarks by suggesting that Netanyahu only rejected a Palestinian state at present but not forever. However, I do not find their evidence convincing when they charge that left-wing papers in Israel had lied about these remarks, and the world press picked up the lie and broadcast it. 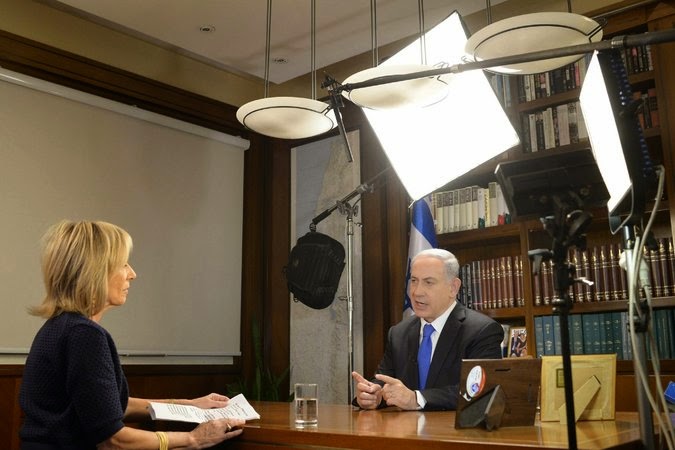 Netanyahu being interviewed on American television

Netanyahu's vow was instrumental in helping the embattled prime minister surge ahead of his opponents to an unexpected victory in the election, His statement on election day itself, when he raised the fear of Israeli Arab voters flocking to the polls, also contributed to his victory.

After the election, the Obama administration issued a statement that it would "reevaluate its policy on how to best achieve a two-state solution." The US has now threatened to no longer defend Israel from motions directed against that country at the United Nations.Many other nations are also reevaluating their attitude to Israel in the light of Netanyahu's flip-flop.

Many in the international community openly wonder which policy represents the real Netanyahu: the Netanyahu who famously endorsed a two-state solution at Bar-Ilan University in 2009, or the man who veered far to the right in order to win reelection in 2015?

Is Netanyahu representative of many politicians who speak out of both sides of their mouths, by saying one during an election campaign and trumpeting a very different message afterwards?

Politicians are proverbially assumed to be liars. In poll after poll all over the world, they come near the bottom of the list in terms of trustworthiness. This negative trait is especially prevalent during elections, but is not unknown at other times.

The main issue, as I have already suggested, is integrity. Politicians often seem to be ethically challenged. Not only are they assumed to be liars but they are also infamous for financial irregularities and other examples of malfeasance. The latter are crimes for which they can possibly be indicted, but rarely are politicians sent to jail or even fined for lying.

Integrity and some of its synonyms

While perjury -- lying while under oath -- is a crime, election promises that are made but not kept is not. If such promises were crimes, our prisons would be packed with politicians. Examples of lying politicians abound from many countries.

When I lived in the Philippine, during one election the Communist party of the Philippines (Maoist) threatened to kill any politicians on our island who did not keep their election promises. That is one way to deal with lying politicians, but I do not recommend it.

The example of Netanyahu ought to suffice to prove my point regarding politicians who during election campaigns speak out of both sides of their mouths. Few, however, do that as brazenly as him.

Permit  me to  point to another instance of lying that is perhaps not as easily identified as such. Is fear-mongering a form of lying? It is, especially if politicians know that the fears are not legitimate, and if those fears are used to generate votes during elections.

Again, Netanyahu is a master in the art of fear-mongering. He did this during the latest election campaign when he warned on election day that Israeli Arabs were flocking to the polls. In the past he had similarly used the threat of Iran developing nuclear weapons. to win the support of Israelis.

Netanyahu did that most notably in a landmark speech to the United Nations in 2012. He brandished a cartoon drawing of a bomb and claimed that Iran was moving ahead with plans that would allow it to potentially build a nuclear bomb within a year or so. 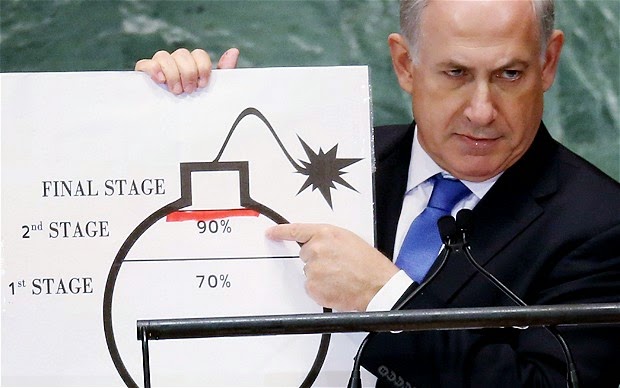 Netanyahu addressing the UN about Iran and its bomb threat

The following month, Mossad, the Israeli spy agency revealed in a leaked secret cable that his claim was false, it said,"Iran at this stage is not performing the activity necessary to produce weapons."

Not only was Netanyahu lying, but he used fear-mongering to manipulate not only Israelis but the whole world. This man has revealed himself as duplicitous and lacking in integrity. Lest Americans feel smug about this, former President Richard Nixon earned the nickname "Tricky Dick" for his behavior. Netanyahu has plenty of company from other politicians worldwide who are also ethically challenged.

Netanyahu has probably learned by now that he may have won the election through his duplicitous remarks, but that his victory came at an enormous cost not only for himself but for many others as well.

For one thing, Netanyahu totally alienated the Israeli Arabs, who constitute 20% of the population. They have always been suspicious of his commitment to the two-state solution but they now despair entirely of achieving a Palestinian state through negotiations. The only route open to statehood by the Palestinians seems to be by means of a unilateral declaration. Netanyahu also earned their ire by branding them the way he did it, which borders on racism.

Netanyahu won by diverting votes from other right-wing partied to his Likud, but these other parties are by now suspicious of him and his duplicity. They may yet form part of his coalition, but they will not entirely trust a man who has a long history of flip-flopping. 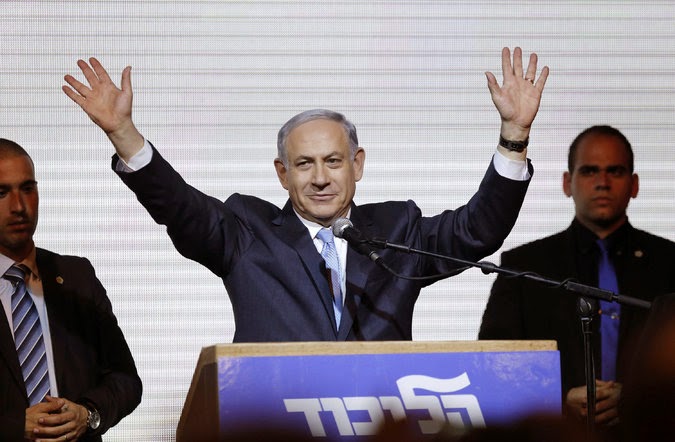 Netanyahu damaged his reputation as well among the other political parties in the Knesset, as well as with many Jews both at home and in the Diaspora. He has thus added yet another nail to his political coffin. Their distrust of him has been confirmed again.

The relationship with the US has also been seriously damaged. There was already bad blood between Obama and Netanyahu, but this has escalated to the point that Israel can no longer count automatically on American support at the UN. This is serious, since Israel depends on US support.

In other world capitals many leaders now feel that Netanyahu's credibility is shot and that they will no longer work with him, even though they voiced the traditional platitudes after his election victory.

The greatest cost, unfortunately, will be borne by Israelis and Palestinians, They will suffer the most for Netanyahu's scandalous attempt to save his own political skin.

There is a warning here for all politicians who make a similar attempt to save their own skins in elections. People should no longer tolerate the lack of integrity. If politicians do display such duplicity, they should be replaced. While they may win in the short term, as Netanyahu did, in the long run they and their country will have much to lose.

Prime Minister Harper, you have been warned! Do not attempt any further fear-mongering. You may yet win the election, but it will come at the expense of your integrity.