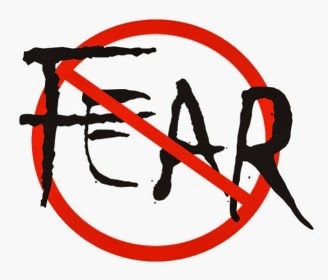 We must learn how to overcome fear. When I talk about fear in this instance, I am not referring to the fears that many of us have about death, heights, spiders, and so on. What I am talking about is the number one fear of many people today, according to polls, the fear of terrorist attacks.

The fear of such attacks is an induced fear. It comes from the outside, in contrast to many other fears that are internal and self-generated. This fear can be generated both by the terrorists themselves or by governments that use fear for their own political ends, as I have written about previously,

Ever since 9/11 and the "war on terror" that followed, many governments have played the fear card, Fear is useful in order to persuade voters to support their new measures, including war, or to distract people from the failures of the government by focusing their attention elsewhere.

Without 9/11, the US would not have plunged itself into the Middle Eastern swamp, where it still unable to extricate itself. In the process, the US created Al-Qaeda and the other denizens of this swamp.

The Canadian government is now playing the same card with the introduction of Bill C-51, which grants new powers to Canada's spy agency, CSIS, but does so at the expense of the rights and freedoms that the Constitution guarantees all Canadians. 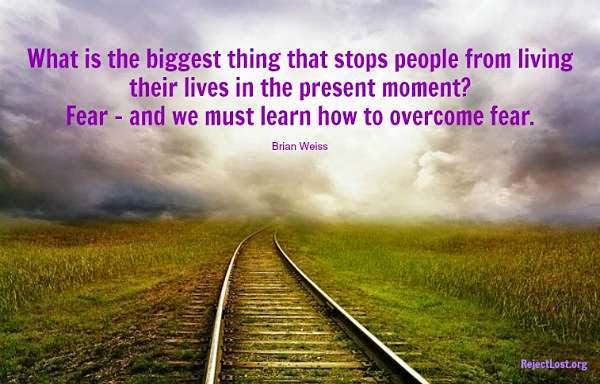 The Conservative government also extended the term of reference of the forces that it sent to Iraq to fight the Islamic State. Not only will another year be added but it also mandates these forces to bomb Syria, even though international law does not permit this. The justification the government offers was that ISIS has declared war on Canada,and thus Canada needs to defend itself.

According to a Conservative party email, all these measures are necessary to protect Canadians from morphing into Islamic State North. But the tool that it uses is fear, in this case the fear of terrorists.

The government is using this tool for political reasons: in order to distract voters in the election that is scheduled for the fall from the economy, which is dismal because of the drop in the price of oil, as well as the potentially embarrassing trials of several former Conservative senators.

What can Canadians do in response to this induced fear? Thomas Carlyle taught, "The first duty of man is to conquer fear; he must get rid of it, he cannot act till then." Fear has been aptly described as a prison. 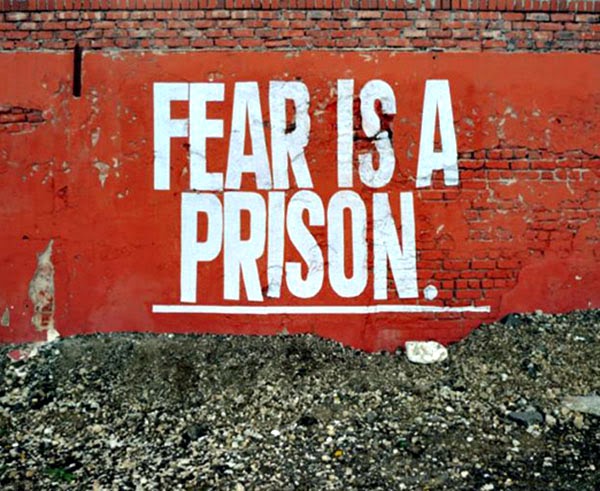 Governments varnish their lies with a thin coating of truth, since lies always need a smidgen of truth to be believed. When it comes to terrorism, fear drives people to seek protection. And, if governments cannot provide real protection, they offer a surrogate, something that makes people feel good.

Sadly, many people prefer the false comfort that the lie provides to the harsh reality of the truth. Or, as Nietzsche puts it, "Sometimes people don't want to hear the truth because they don't want their illusions destroyed." Lao Tsu explains, "There is illusion greater than fear."

The lies have to be exposed, so that the truth can become visible again, even if the truth comes at the expense of having a false sense of security kicked out from under people. They need the truth which alone will set them free.

Is ISIS going to invade Canada? Not likely? But does the Canadian presence in Iraq and Syria place Canadians troops there under a greater threat? Probably, but that will not increase the threat to Canadians at home, where the main threat continues to come from "lone wolves." Those people act independently from ISIS, even if they do share some of the beefs that many jihadists do. 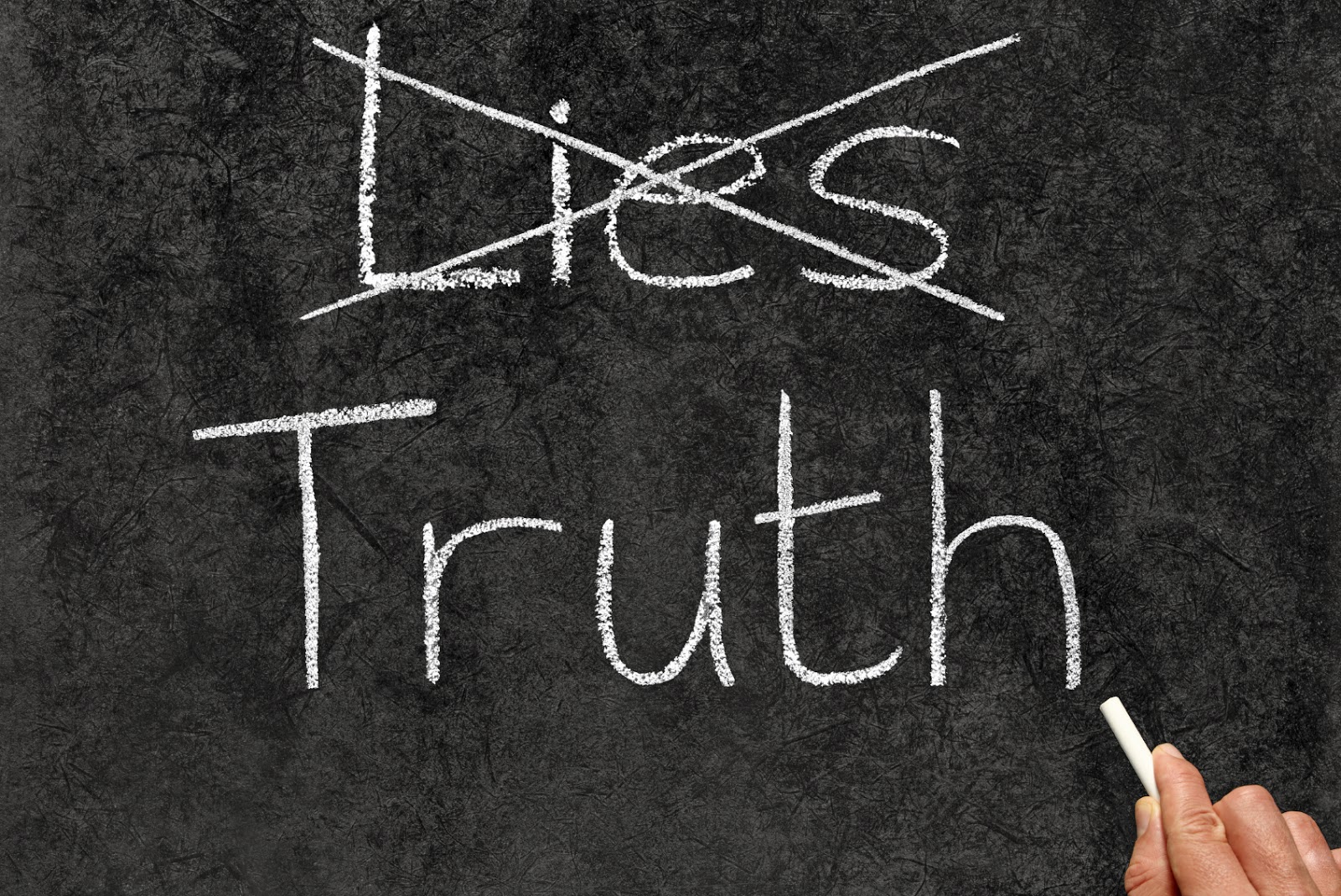 In addition to invoking the truth, we must behave according to that famous triad of faith, hope and love in 1 Corinthians. And we must encourage others to be similarly motivated. Then, and only then, will they leave the lies behind and boldly accept the truth.

On his death bed, Jack Layton, who led the NDP in the previous federal election to second place and thus became the Leader of the Opposition, penned these now famous words, "My friends, love is better than anger. Hope is better than fear. Optimism is better than despair. So let us be loving, hopeful and optimistic. And we'll change the world." This is the same triad, with optimism substituting for faith.

Another way of expressing faith is found in these words: "Have no fear. God is near." Fear and faith are similar; the difference is that fear is faith in the wrong direction. As St. Augustine teaches, "Faith is to believe what we do not see; the reward of this faith is to see what we believe."

When people trust in God, they do not have to fear those who want to terrorize them or who spread such fears for political gain. Faith inoculates them against fear. Or to use another image, it drives fear away so that people are no longer fearful. 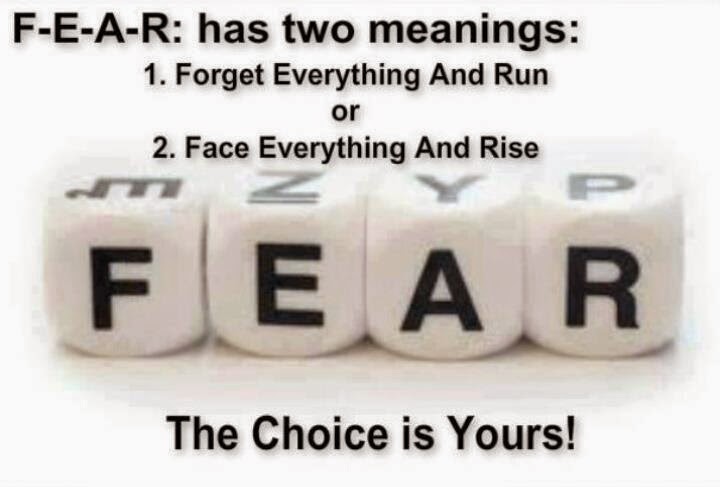 When people trust in God, they are also able to trust in one another. When that trust is reciprocated, there is mutual trust, an idea that Dwight D. Eisenhower has encapsulated in this warning: "This world of ours... must avoid becoming a community of dreadful fear and hate, and be, instead, a proud confederation of mutual trust and respect."

Hope follows faith just as despair is the product of fear. Goethe once observed, "In all things it is better to hope than to despair." To get rid of despair, people must first examine their souls and discover the hope that resides there.

Alexander Pope stressed that hope is always present: "Hope springs eternal in the human breast. Man never is, but always to be blessed."  Somewhere hope has been described as "the thing with feathers that perches in the soul and sings the tune without the words and never stops at all."

Hope makes it possible for people to see past all the smoke and mirrors of all the induced fears and to see everything as it really is. Hope restores 20/20 vision to everyone by eliminating fear. Then people can no longer be misled by their leaders whose only concern is themselves, not those whom they were elected to serve. 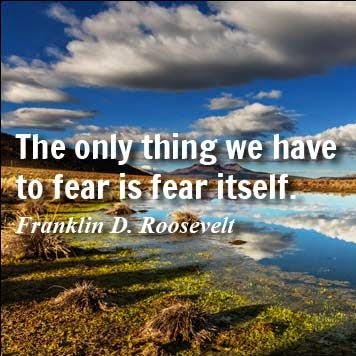 1 Corinthians 13:13 records these immortal words: "Now these three remain: faith, hope, and love. But the greatest of these is love."  Love is the most important tool in fighting fear, as 1 John 4: 18 explains: "There is no fear in love; instead, perfect love drives out fear."

In war, people are incapable of killing others until they have been demonized. Love rejects this demonization. Love is incapable of Islamophobia. Love accepts everyone unconditionally. Where there is love there is no room anymore for fear. Fear is gone forever. 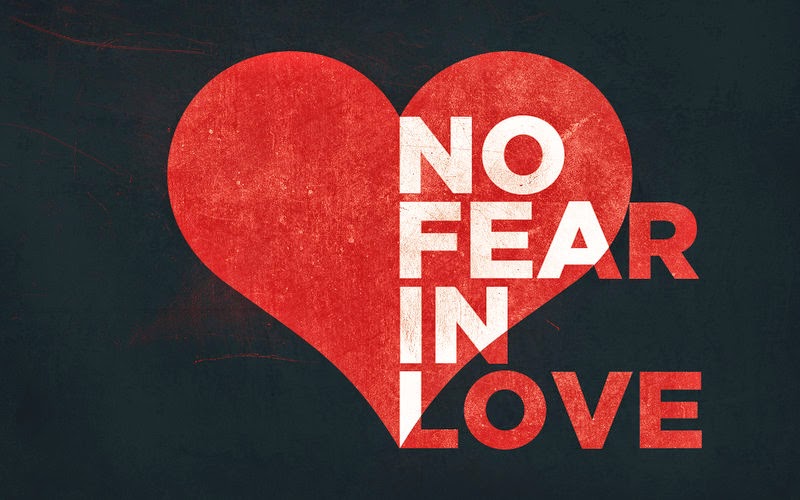 We can escape the prison of fear, specifically the induced fear of terrorist attacks, Here are my four suggestions. You can add your own. Fear can overcome using these four tools. Spread the message, so that all those who are still in prison can be released as well.