What is the difference between Canadians and Americans? 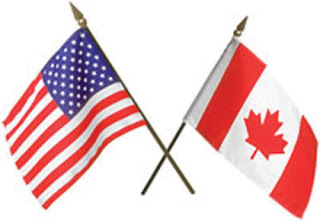 In my travels through many countries, over the years, many people there have mistaken me for an American. I politely explain that I am a Canadian (politeness is very Canadian, eh?). I understand that many foreigners don't know the difference. For example, in Latin America 'norteamericanos' means North Americans, although it typically refers only to Americans, not Canadians.

Even many Canadians, who often pride themselves as being different from Americans, still find it difficult to explain how they do differ. Canadians and Americans have much in common. After all, these countries share the famed 'longest undefended border in the world' and are each other’s best ally and largest trading partner. Because of this, the differences are not always apparent.

Yet differences there are! Differences not only in population and size of the two economies but also in many other ways, some readily apparent and others less so. Canadians are rightfully proud of their system of universal health care while Americans have been brainwashed otherwise and have only reluctantly accepted a highly diluted system that pleases no one, regardless of political stripe.

Unlike Americans, Canadians tend to be more formal and more polite, but not all of them say "eh" or take off their shoes when they enter a house (although many do because it is the polite thing to do in order not to track mud into the house). But these are relatively minor differences that do not apply to everyone in both countries.

Canada is not a melting pot, unlike the US. Canada is a multicultural society. It is officially bilingual, but every language on earth can be heard on the subway in Toronto. It is possible to spend much of one's life in parts of Toronto without speaking a word of English. The second language in the province of Saskatchewan is not French but Ukrainian. 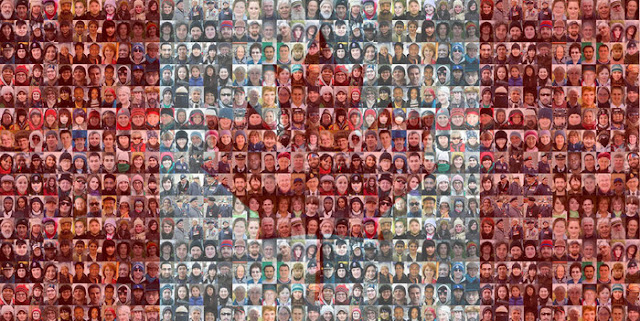 Canadians are proud of their diversity. Vive la différence! Long live the difference! is sometimes used to express an appreciation of diversity (although that phrase can also be used in a humorous way). The French fact in Canada can be celebrated by using the phrase. Yet it can also be used to describe (although not necessarily celebrate) the difference between Canadians and Americans.

America has many Hispanic people, but English is the only official tongue. There is less appreciation for diversity than in Canada (although cities like New York are the exceptions that prove the rule). Some Americans, prodded on by certain politicians, would like to build a wall to keep more Hispanics out.

Some Americans would also like to exclude Muslims and, if possible, deport those who are  already in the US, in contrast to Canadians who recently welcomed 25,000 Syrian refugees. Their reception has not been without problems, but large numbers of ordinary Canadians enthusiastically stepped in to provide the necessary help. Thankfully, Islamophobia is not as prevalent in Canada as in the US.

Even Prime Minister Justin Trudeau was present at the airport to welcome the first planeload of refugees. Many politicians in the US would commit political suicide if they did the same thing in the current partisan atmosphere. Trudeau has been labeled the anti-Trump. These two men are certainly a study in contrasts. 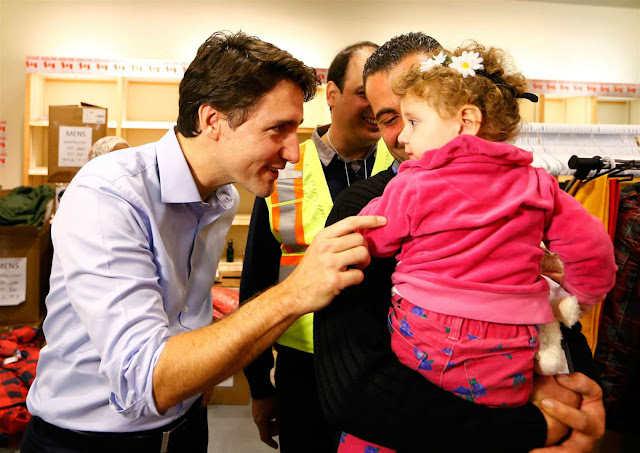 Canadians are more socially conscious than Americans. In part, this consciousness is the result of Canada's adoption of multiculturalism and diversity rather than the American 'melting pot' idea. This difference is especially noticeable when you compare urban and rural areas in both countries. Cities score much higher on the scale of social concerns, which is understandable, but assimilation has produced a different result in the US than what has happened in Canada.

When your next door neighbors are Muslims and your children play with theirs every day, it is difficult not to be aware of their needs and concerns. They are fellow human beings who deserve your respect. Thus, you want them to enjoy the same privileges that you do. They and all other individuals and groups ought to be the recipients of the same justice that you claim for yourself. Justice must be the pursued for the sake of everyone in society, not just ourselves.

This social consciousness was expressed by Trudeau who won the last federal election in Canada largely because he countered the fear that the Conservatives generated as part of their campaign strategy. This fear of others, whether Hispanics or Muslims, which Donald Trump is capitalizing on, was evident in the Canadian election but was rejected emphatically by a majority of Canadians.

In the US, this fear has received substantial support, especially among Republicans. Together with attacks on free trade, the political and economic elite, women, and whatever else the bombastic, vitriolic, misogynistic Trump can marshal in his attempt to secure the Republican nomination, and ultimately the presidency. How sad!

The fear of others is a powerful weapon. In Canada, it failed; in the US, it seems to be succeeding. The Us against Them mentality is a necessary condition for conflict and war. For this reason, Canadians look aghast at the US election campaign with the possibility of Trump's finger on the nuclear button. Someone who demonizes other Americans can as easily do the same with any other group in the world with catastrophic consequences. 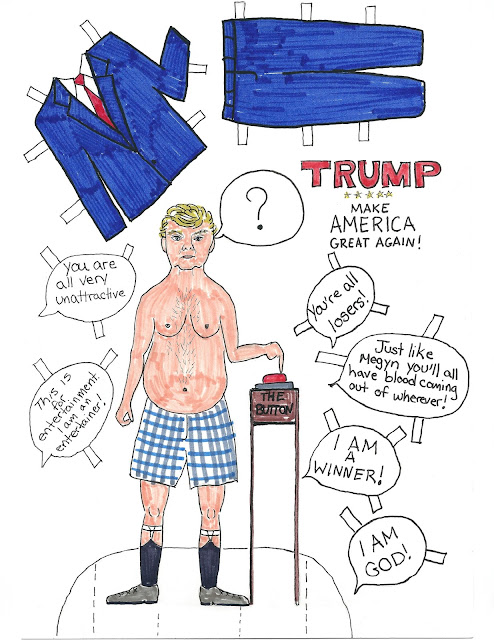 Western societies are noted for breeding individualism, and nowhere is this more evident that in the US. Individualism has to do with whether people´s self-image is defined in terms of “I” or “We”. On this scale, Canada measures 80, which still makes it a highly individualistic culture, but the US tops Canada by a wide margin with a score of 91. Both countries rate a high score for the acceptance of economic inequality, especially if this is based on merit or effort.

Canadians and Americans differ also on religion. Studies suggest that these differences are shrinking as both societies become more secular. Americans score higher on belief in God and on attendance at places of worship, but this difference is slowly diminishing.

Canada as a whole is more left-of-center than the US, largely because of Quebec which tends to vote that way and often determines federal elections. The American South, which tends to be conservative, plays a similarly crucial role in the US. This difference has affected attitudes in both countries on a variety of topics, including levels of government spending and taxation, unionization rates, support for gay rights and interracial marriage, beliefs about the death penalty and criminal justice, and support for the military.

It has also influenced attitudes on the issue of guns, which has also been controversial in Canada, but nowhere to the same extent as in the US, where the possession of guns is deemed a constitutional right. Many Canadians feel distinctly uncomfortable to visit the US where deaths as a result of firearms are astronomical as compared to most countries of the world, as the following chart shows. 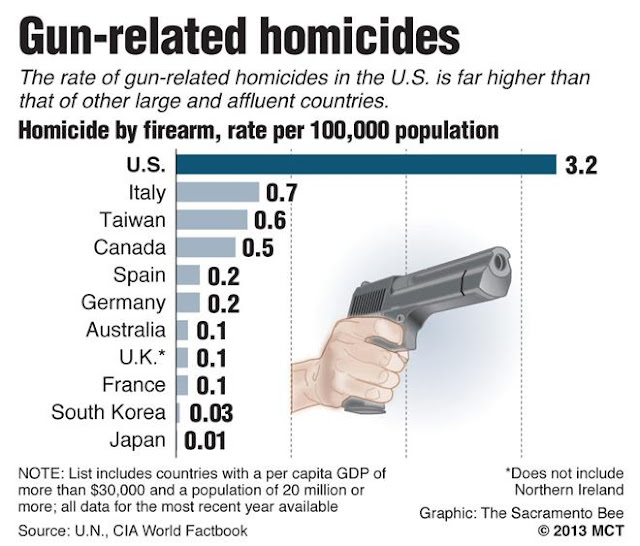 According to a Statistics Canada report from 2012, which is the most recent year available, the US suffered a total of 8,813 murders involving the use of firearms that year. Canada, in the same year, recorded just 172 firearms-related homicides. In 2015, about 13,000 such death were reported in the US, with more than 300 deaths as the result of mass shootings. No wonder may Canadians conclude that they would prefer not to reside in such a violent society.

There are many differences between Canadians and Americans where all of us, regardless of nationality, can exclaim, Vive la différence!  But there are others where the difference is profoundly disturbing, especially from a Canadian perspective.

The differences between the two countries have been homogenized by proximity. Most Canadians live within 500 km (300 miles, as a concession to Americans) of the border. They watch American TV and movies, read American books, and attend American schools. Therefore, it is not surprising that Canadians are up on American politics, whereas Americans are typically ignorant of Canada and the rest of the world.

Not surprisingly, Americans don’t really care much about Canada, except when they intend to immigrate there as happened during the reign of Bush Jr and may happen again if Trump is elected. Cape Breton, a part of Nova Scotia, is already welcoming Americans on its websites. Some Americans are so disgusted with the current slate of presidential candidates that they approached Trudeau on a recent visit to New York City and implored him on bended knee to become president.

Canadians look anxiously at the US, which some regard as a self-centered, imperialistic, gun-toting country, and where politicians who would be considered certifiable in Canada are allowed to run for the highest office in the land. Many ask, is this the best the US can produce? Toronto had Rob Ford, its crack-smoking mayor, but even he is not as unsuitable to hold public office as Donald Trump. Sad, but true!