Celebrating the fifth anniversary of this blog 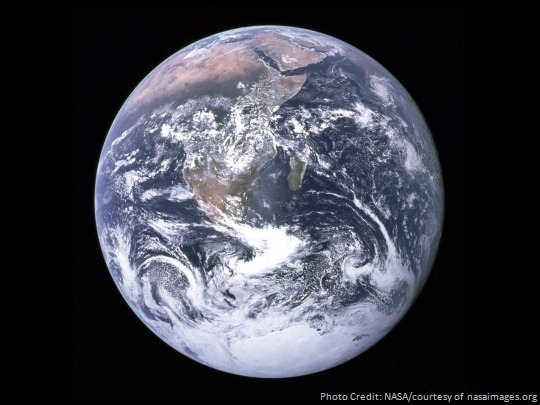 What in the World?

Happy anniversary! Admittedly, this is self-congratulatory, but who else is going to do it for me?

I am celebrating the fifth anniversary of this blog. Five enjoyable years of blogging on many topics -- too many to list now. Five years of sharing my thoughts about the interface between religion and the public square. I admit that I have digressed several times only to return to what continues to be the main focus of this blog.

On Wednesday, April 13, 2011, I wrote my first post in this blog. It was entitled, "The Middle East and the role of religion." It dealt with the need to accept Muslims as a result of developments in the Middle East. At the outset, I clearly stated my standpoint on interfaith relations, a topic to which I have returned many times:


I, for one, firmly believe that Christians and Muslims (as well as Jews) worship the same God. Thus all of us must seek to build bridges rather than destroying each other with all kinds of weapons, including the most deadly one of all: words. Love must replace hatred. Then and only then will we be able to live together in peace and harmony, as God intended. Please comment, therefore, with these remarks in mind.

In the second post, called "The world in which we live" where I explained a little more about who I was and what I intended to do with this blog:


I am writing this blog as a Christian to Christians, but not only for them. Thus I invite those who are not Christians to look over my shoulder and to respond as well to what I am saying here. Yet I want to issue the standard disclaimer that these are my personal remarks and thus should not be attributed to other Christians, especially those who do not agree with everything that I am writing.

In my profile, I mention my family. I thought it interesting and worthwhile to introduce my family. Unfortunately, a current photo is not available largely because my family is too spread out (David in Istanbul and Pauline near Boston), but here is one that includes most of the adults (from left to right), Adrian, David, Wendy, Sharon, and Pauline. Two grandchildren, Grace and Chris (standing in front). Missing are Manolya (David's wife), Greg (Pauline's husband), and three (yet) unborn grandchildren (James, Tessa, and Ibo). 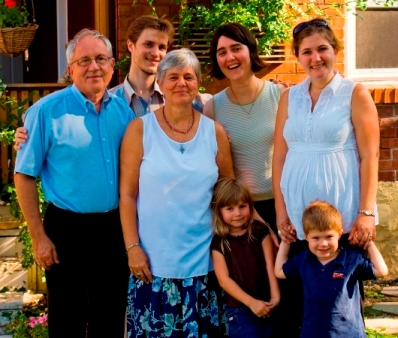 I am not going to quote from every post. That would take too long since this is the 294th  post, which works out to an average of almost 60 per year. During each of the first two years I penned 64 posts, the following year 61, last year 49, and this year I hope to complete one per week on average. Much of the time it is easy to find something to write about, although occasionally that has been a challenge.

At the beginning of July 2011, I started illustrating my posts which I hope has livened up this blog. As people say, a picture is worth a thousand words. At first, I used only one picture, but soon I added more. In my profile, I describe it as an illustrated blog. The intention of the illustrations is to add something meaningful and lively.

If you want to see all the posts, please consult the blog archive where all the posts are listed by year and by month. There are many posts on very diverse topics. Occasionally I have dealt with the same topic in a series of posts, but I am surprised by how many topics I covered during these five years.

Let me share a little bit about the process of writing a post. After I have drafted the text, I then look for suitable images. But there have also been times when an illustration provides ideas that I can incorporate in the post. Sometimes I can write it in only a few hours, but at other times, it can take me days because the inspiration didn't come quickly enough.

In five years, this blog has attracted more than a half-million pageviews. For this reason, I am providing a breakdown of the number of pageviews of the ten most popular posts. Clearly many people are reading these posts. Sometimes I wish I had more comments, but I prefer to referee them ever since I received a number of spam messages with pornographic content. These I can eliminate this way before they offend anyone. Here is the list:


Readers come from all over the world. Although many readers may return on a regular basis, it constantly amazes me how many countries are represented as well as the size of the audience in each country. Here is the cumulative audience by country to date (note that only the top ten countries are listed):

I have purposely refrained from using this blog to earn money. People have suggested several times that I use it to generate a small income, But I loathe to commercialize it, in part, because of the theme of religion which I don't want to demean in any way.

Notice that the most popular post by far deals with climate change: "Global warming is real." I wrote this back in November 2011. On a regular basis, people continue to read this particular post. I have returned to the topic of climate change many times since then. I am not afraid of stirring up controversy on important issues.

The second most popular post was "Inside a Cuban hospital." It describes what happened to me when I broke my armThis post, obviously, does not fit the theme of the blog, but many people have written since to inform me that have had similar experiences.

Whenever I write about Islam, there is a large audience. From my posts, Muslims know that I abhor Islamophobia and that I want to build bridges between faith communities. My PhD is in ecumenism, which deals with the unity of the Christian church. But I am currently concentrating on interfaith relations because of the way Islam is treated by people in the West. There are too many Western politicians who play on the fear factor in order to win elections. That fearmongering must stop.

When I examine the pageview list carefully, I notice that the audience is smallest whenever I deal overtly with the Christian faith. I know many readers are Christians, but those who are not may possibly be turned off by my faith or any mention of the Bible in this blog. If so, I deeply regret this, but that will not keep me from doing so in the future. Some of those who preach toleration the loudest can when it comes to non-Christian faiths be intolerant of Christians. Such intolerance is inexcusable. 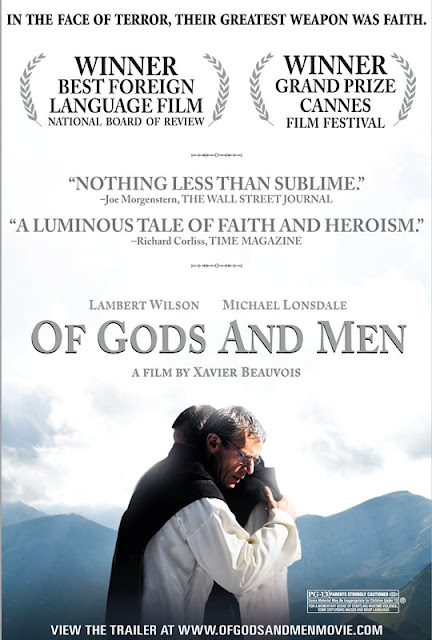 An order of Trappist monks who live among Muslims in Algeria during the civil war. These men must decide whether to stay with their neighbors or flee the encroaching terrorists. This story based on actual events.

Occasionally, I have reviewed books and films, especially if they refer to faith. There were many readers for these posts, so I intend to continue with the reviews when suitable books and films are available.

I invite all my readers to provide feedback on issues and the types of material that you enjoy reading. Writing can become very lonely affair if there is no feedback. It is always heartwarming when people tell me how much they enjoy this blog. Please feel free to add your comments whether in person or in writing. That would be very helpful and enlightening, not to mention alleviating my loneliness.

Thanks for being part of this journey for the last five years. I pray that God will give me the strength and the wisdom I need to continue for many more years. I enjoyed doing the writing and I hope you enjoyed the reading.

Many centuries ago, authors or musicians would conclude the manuscript with these words: Soli Deo Gratia (Glory to God Alone). This was to signify that the work had been produced for the sake of praising God. That is also the sentiment with which I want to conclude this anniversary post: S.D.G. 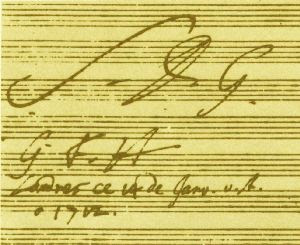 This is was what G. F. Handel wrote at the end of a manuscript