A Modern-day Parable: Three Children of Abraham and Peace

(The characters in this parable are fictitious but the names have been adapted from the Bible and other sources. The three sons function as representatives of three major faiths. This parable is intended to show how peace might be possible in a world where many religions and ideologies are fighting for supremacy.) 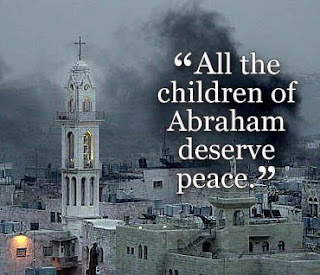 You never really understand a person until you consider things from his point of view, until you climb into his skin and walk around in it. -- Harper Lee (1926-2016), To Kill a Mockingbird

Abraham was a modern day king whose children were scattered all over the world, but to their father's dismay, they loved fighting. Three of his sons, in particular, had been waging war with each other for decades' Not only did they show no sign of stopping, but their wars had intensified so much that thousands were dying every year and millions had to flee their homes and were now flooding into other countries.

These sons had huge armies with millions of soldiers. They fought with each other since each was convinced that their father loved him more than he loved the others and that he would receive their father's blessing. It was all very childish, but none of the sons saw that. They were interested only in world supremacy and the power and the glory that would one day be theirs. 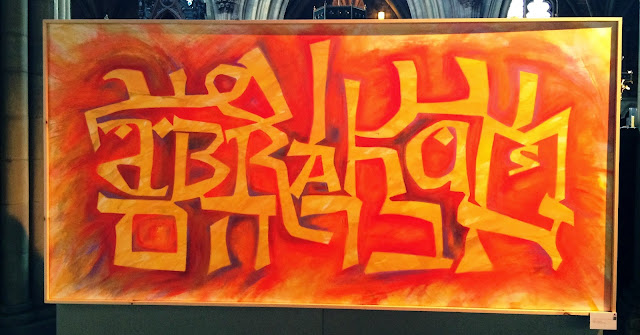 "Abraham" in Arabic, English, and Hebrew

One day, Abraham invited these three warring sons to his palace. Moses, Jesus, and Muhammed came, but they wondered why he had called them. Abraham was a wise father who did not like to order his children around.

Each of the sons was convinced that he alone deserved their father's blessing because he thought that Abraham loved him more than the other sons. "Who do you love the most?" each insisted. Their constant warring was the product of this struggle for their father's love and blessing.

"I love each of you," their father reassured them. "But this fighting has to stop. Through the years, thousands of your followers have lost their lives. This carnage had to end immediately. You are my eldest sons, and you are destroying this beautiful world that God made."

"But you seem to love him" -- each brother was pointing to one of the others -- "more than me." Abraham knew that each of them wanted, but he was not upset. He loved each of them very much and so he asked them to do something for him without explaining why: "Go home, and go to bed. Then go to sleep. We will discuss this further in the morning." 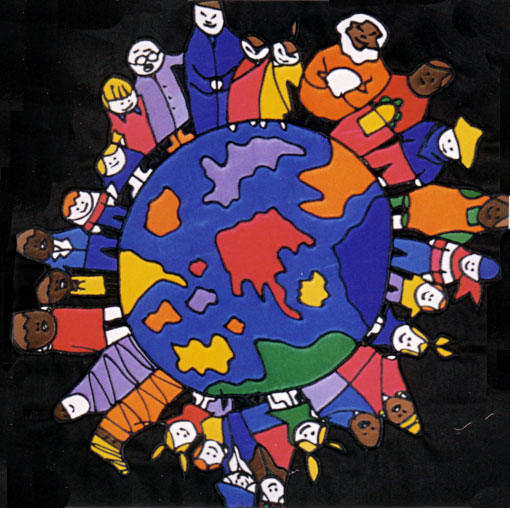 Dutifully, each of them went home and went to bed. During the night, each of them had a dream. The next morning, they came to their father again and told him what they had dreamt about. Each had had a similar dream.

Moses, the eldest, began: "Father," he said, "I dreamt that I was a Palestinian living in the Gaza Strip. I couldn't get a job because there is no work there. But I also can't leave my ghetto in order to find work in Israel. If you are a Palestinian, the crossing is almost impossible. One day, when I got close to the border, the Israelis soldiers tried to shoot me. I was almost killed!" He admitted to his father that he had never had such a dream before and that it troubled him very much.

Jesus, the next oldest, told a very similar story, although his was set almost seventy years earlier. "I dreamt that I was a Jew during the Holocaust. My parents had died immediately after we arrived at Auschwitz. I survived only because I was young and strong enough to work. My job was to carry the dead bodies to the furnaces. I woke up when I realized that it would be my turn to die the next day." Jesus told his father that he had the same reaction as Moses.

What Muhammed, the youngest of the three, said differed only in the details. "I dreamt that I was a monk in a Christian monastery in Syria. ISIS came and killed all my brother monks. I managed to hide for a few days until I had to come out to find food. Unfortunately, an ISIS soldier discovered me. I woke up when he wanted to cut my throat." Muhammed too was clearly shaken by his dream. 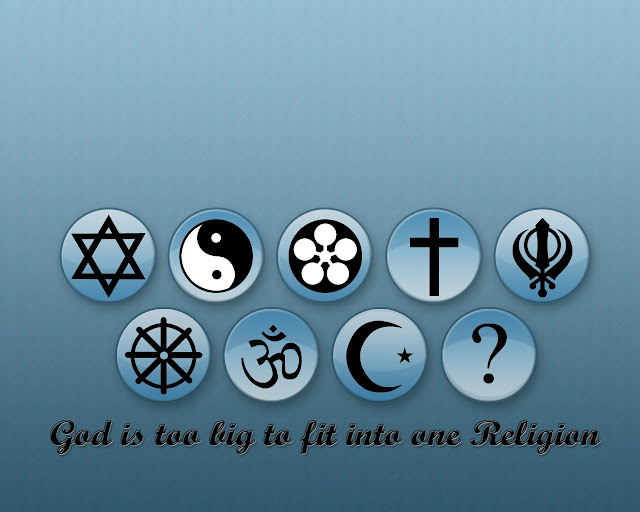 "Father, why did we have these strange dreams?" they all asked. Their dreams had  upset each of them. "Very simple," Abraham replied, "I prayed that God would give each of you a dream in which he would allow you to live in the skin of those that you perceive as your enemies for a while."

"Why did you ask God to do that?" all three demanded. "Because the people whose skins you lived in briefly are not enemies," their father responded. "They are your brothers." The best way to convince you of this was to let you experience what they experience every day."

"I know what each one of you want," Abraham said. He  saw clearly what motivated them and he was not afraid to speak bluntly to them. "When you look at the world from their perspective, you will be able to see the world with new eyes and no longer view them as enemies," their father explained. "Then you will no longer continue to fight each other."

"And then," continued Abraham, "you will no longer ask silly questions such as whether I love one of you more than the others. When you experience how the others whom you despise live, then you will grow to love them too, the way God loves all of us."

"The love of the God whom we all worship is infinite," Abraham elaborated. "God's love is not a zero-sum commodity, in which when one wins another loses. His love does not diminish in the least when it is divided among everyone. Love is like a big tent that can be extended to cover every person. God's love is big enough to cover everyone in the world."

"So then, why do you treat each other as enemies?" their father asked. "You are brothers whom God loves equally. There is more than enough of God's love to go around for all of you. In fact, God loves the whole world. I have experienced his love for as long as I have been alive, and I have tried to share that love equally with each of you. My love for each one of you is not diminished in any way by being spread to all of you."

By this time, after telling the stories of their dreams and listening to their father, each son was ashamed of himself, and each of them was reluctant to look at him and each other. They had learned an important lesson, but there were many more lessons yet to follow, as their father quickly informed them.

Peace had not yet been achieved, but each of the sons had started on the road to peace. Now that they had experienced living in someone else's skin they found it difficult to continue fighting each other. The next lessons would bring them even further on the road to peace. 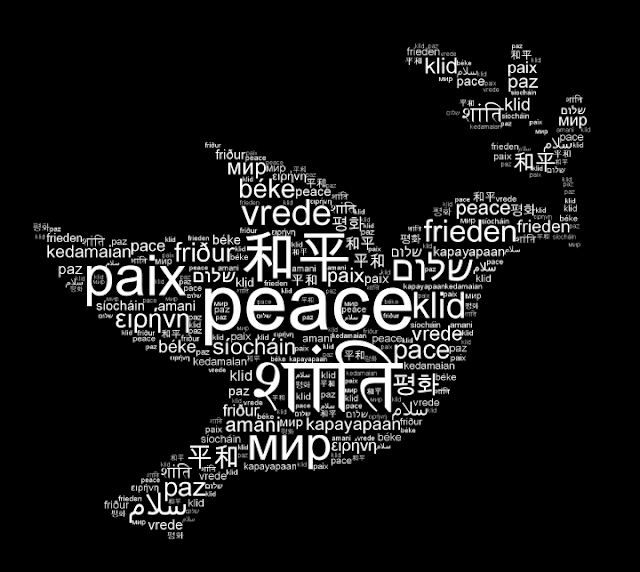