Call for a moratorium on Alberta oil sands

In this post, I don't intend in any way to disparage the extent of the tragedy in Fort McMurray nor the courage of those who fought the wildfire, much less the plight of those who lost their homes or are now unemployed for an extended period of time. What I do want to do is raise the crucial question about the future of the nearby oil sands. This is the elephant in the room that people prefer not to talk about. 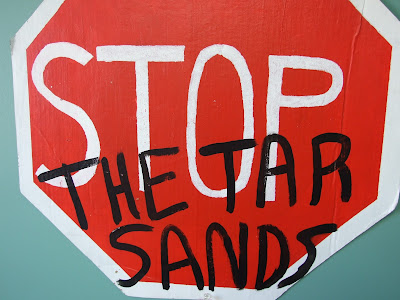 It's now time to discuss further a moratorium on the Alberta oil sands. The ecological cost has been well documented, but thus far the oil companies that tap this resource have touted the economic benefits -- the thousands of jobs that the oil sands provide and the royalties that flow into government coffer. We all know who has won this battle. Even the new NDP government in Alberta has capitulated.

Is such a moratorium feasible? Probably not, since the forces opposed to it far outweigh the supporters, if not in numbers, certainly in economic and political influence. Therein lies the problem. How can this inequality be dealt with?

Now is indeed the time to do it. The wildfire that threatened to destroy this urban service area (to give its official title) of about 90,000 before the fire started has lost 16% of its homes. Many people have lost everything. Not only their homes but all their belongings are gone and hard to replace.

For some of the people of Fort McMurray, there is little incentive to rebuild their homes when the memory of seeing the destruction the fire wrought remains fresh in their memories. For others, their homes may have been spared, but they are afraid that next time another fire will sweep across Fort McMurray and consume theirs too. 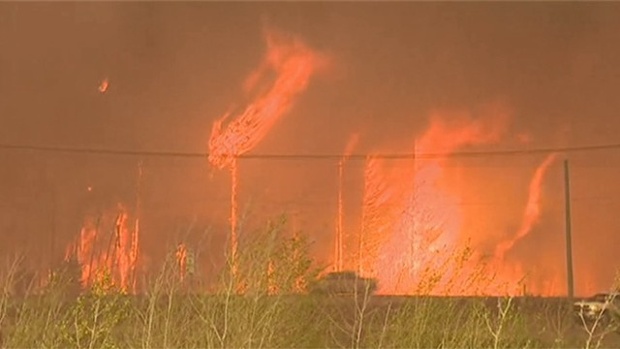 Many experts agree that the exceptionally strong El Nino this past year led to this tragic fire. The unusually warm weather and the paucity of rain that resulted have made wildfires inevitable. In British Columbia and Manitoba The tragedy was this fire started so close to an urban center and winds brought it inside the city boundaries.

Humans have also contributed to climate change, in spite of protests to the contrary. Through fragmentation, as it is called, which is something humans did, fires are able to spread much faster. The number and severity of major so-called natural events such as fires and floods indicate this. These events take place whether there are El Nino years or not, As humans, therefore, we deserve at least some of the blame.

Now is the time to challenge the oil companies and their enablers to stop their misuse of the environment by exploiting the oil or tar -- as many prefer to call them -- sands. There are a number of actions that we as Canadians can take both to signal our disagreement and to punish the companies involved.

One way to do this is by divestment. Many churches and other groups are selling off all investments in companies that extract non-renewable resources. Instead, they invest in green companies, those that are concerned with the environment. Now is the time to do this, since oil prices are so low that companies are more sensitive to such sell-offs.

Another is to demand increased royalties from extraction industries. While this is not a propitious time to ask governments to do so with the oil companies, for example, crying poverty, nevertheless, the people that own the land -- that's us! -- ought to demand more money that can benefit the entire population rather than the shareholders of these companies. More money is also needed to restore the damage that has already been done to the environment as well as further damage in the future.

We should urge governments to pass more stringent regulations, in particular, those that relate to the environment. We are the owners and, thus, we have the right to regulate how our land is used.

First Nations people are already making such demands. The principles they use should be used more generally. The land is the central issue for them. It ought to be the same for all of us, especially for those who are Christians or Jews, since land plays such a central role in the Bible. For Muslims too, the land is important. Once a land has come under the rule of Islam it must not be ceded to non-Muslims.

The growing inequity in Canada and elsewhere will be addressed in part when these royalties are divided in a way that recognizes the right of citizens to the land and, therefore, to what that land provides. The concept of usufruct is basic to many cultures, including Canada's first nations. The Bible also accents this concept.

The call for a moratorium is not intended to punish the people of Fort McMurray after what they have already suffered. These people need help, and Canadians everywhere have contributed generously to help them through the next few weeks until they can return to their homes if the homes are still standing. Even if some leave the community for good, others will want to stay and pick up the pieces of their lives before the fire.

Nevertheless, now is the opportune time to ask the oil industry to stop extracting this precious resource. It is precious to the oil companies, but it is even more precious to those who own the land -- us ordinary Canadians.

The oil should stay in the ground, where it belongs. Maybe one day it can be extracted in a way that does not damage the environment. But that day has not yet arrived, Stop desecrating the land! That must be our cry.

What the oil companies are doing is not just theft but it is also rape. These crimes cannot be justified by pleading the jobs that the oil sands provide. That argument is a specious as arguing that prostitution is necessary in order to provide employment. 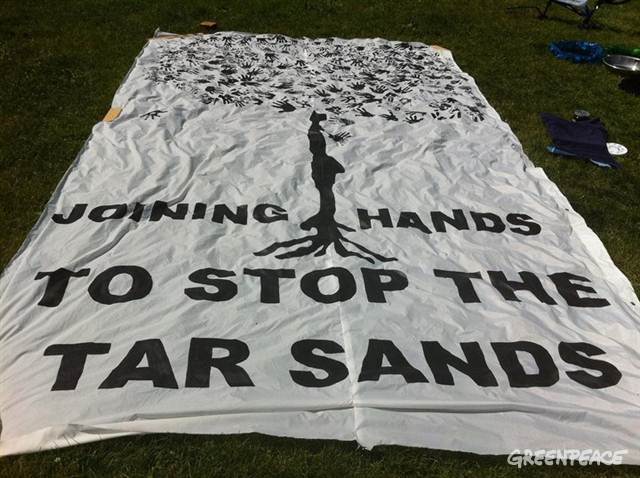 Now that many workers are contemplating their future after this devastating wildfire, it is time to urge the government of Canada to mandate a moratorium on oil sands extraction. Even if oil prices are stabilizing and the glut of oil is over, as seems to be happening at the moment, this is hardly an occasion for celebration. The tar sands are some of the most expensive sources of oil. Thus, the proposal of many is to leave it in the ground.

With the threat of another wildfire an ever-present reality, many people in Fort McMurray are no doubt fearful of what the future holds for them. While I do not want to add to their worries, it may be best for all of them to consider moving back to New Foundland or wherever they came from.

Other sources of employment should be sought for these workers. I and many other Canadians are concerned for their welfare but are jobs in the oil sands the best way to solve regional unemployment problems? Probably not. The cost is simply too high. Jobs for a few must not go at the expense of the rest of the Canadian population.

A moratorium is needed now! Now is the time to act! I don't want to sound heartless after this great tragedy, but now is the time. In a few months, everything will be more or less back to normal. But is this the normal that Canadians want?  I doubt it! Canadians are very generous, as this tragedy proves, but generosity alone will not solve the problem of the oil sands. But action will -- a moratorium.

While we are discussing the oil sands, we must not forget the new pipelines that the oil industry is asking for. If there is a moratorium, then these pipelines may no longer be necessary. There are already expert voices citing the lessening demand for oil in the near future and, therefore, calling for an end to future pipelines. 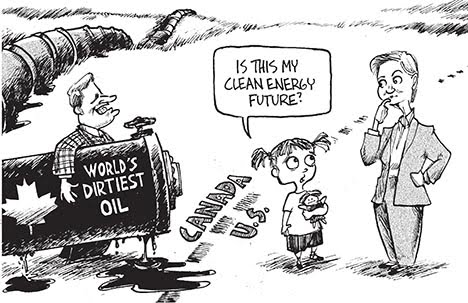