The prelude to 9/11: A few as yet unanswered questions 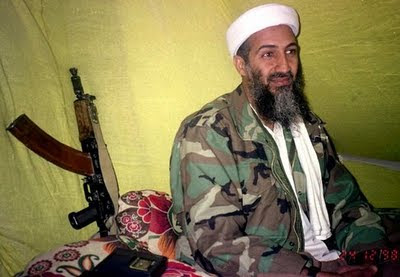 September 11, 2001, abbreviated most often as 9/11, did not occur in a vacuum. It has a history going back at least two decades. We are all familiar with much of that history, but we have forgotten some of the details.
The devil, as the saying goes, is in the details. It is these details and their interconnections that raise many questions, particularly as I began reviewing them when I did the research for this series of posts on 9/11.
The key person both before and after 9/11 is Osama bin Laden. My questions, which remain unanswered, relate especially to bin Laden and al Qaeda and their role in 9/11 and what the US knew about them.
If anyone can answer the questions I will raise, I will be very thankful. But I doubt that any answers will be forthcoming soon, even now after bin Laden's death.
The American government has not been transparent either in the period leading up to 9/11 or afterward, especially with regard to bin Laden and al Qaeda. The main question is: Why? What is it trying to hide, even now, a decade after that infamous day? Why has it not been more open about the events leading up to 9/11?
Let me be perfectly clear, I am not someone who by nature is suspicious and sees conspiracies everywhere. But not all the facts as we currently have them seem to add up. In this case, two plus two does not equal four. Hence my questions.
Here are some facts to consider:
In the 1980's, Osama bin Laden ran a front organization for the mujaheddin, who were fighting against the Soviet occupation of Afghanistan. The CIA at the time secretly supported the mujaheddin, in spite of warnings from Pakistan's Prime Minister Benazhir Bhutto to then President George Bush that the US was creating a Frankenstein.
In the 90's, the Saudi Arabian government also supported bin Laden and al Qaeda. Yet after 9/11, the Bush administration did not criticize the Saudi's for their support for terrorist organizations and their refusal to assist in the investigation of 9/11.
The first World Trade Center attack on February 26, 1993, was probably not linked to al Qaeda (but it did lead to the establishment of procedures that helped to evacuate many people from the World Trade Center on 9/11).
During the same decade, there were repeated reports of suspected terrorists with links to bin Laden receiving flight training in schools in the US and abroad. In 1998, the FBI issued a warning to this effect. The CIA, in a separate report, added that Arab terrorists were planning to fly a plane into the WTC.
In August the same year, truck bombs, only minutes apart, blew up the US embassies in Dar es Salaam and Nairobi. These bombings, however, were linked directly to al Qaeda, according to US intelligence, which had tapped their phones.

The bombings in Nairobi and Dar es Salaam
Time magazine, in December 1998, reported that bin Laden was preparing to strike Washington or possibly New York City.
Late the next year, a US intelligence report stated that Al Qaeda could crash an airplane into the Pentagon, but the Bush administration claimed that it did not hear that report until 2002.
During this entire period bin laden could have been arrested. The Taliban was willing to turn him over to the US, but the government refused their conditions. The Taliban wanted to transfer him to a third country first, while the US preferred a direct transfer.
On at least three occasions, the US knew where bin Laden was. Each time the President approved an attack, but the CIA director decided not to carryout those orders, on the grounds of insufficient evidence.
Former President Bush met with the bin Laden family as late as January 2000. In July 2001, bin Laden received a kidney treatment in Dubai, and while there was visited by two CIA agents.
Immediately after 9/11, the bin laden family was allowed to fly home, in spite of a ban on air traffic throughout North America.
Then there is evidence that suggests that the US government was aware of several of the hijackers of 9/11 receiving flight training in the US, and on one occasion a FAA official helped one of them pass by providing a translator.
During the summer of 2001, the US is informed repeatedly about suicide pilots training for attacks on the US by President Putin of Russia and by Jordan and Israel.
Similar warnings were issued by US intelligence during August. On the 24th, the FBI in Minnesota notified the CIA about their suspicions of a possible airplane attack on the WTC.
On the eve of 9/11 some Pentagon officials canceled flights after a final warning. It is too bad that the 266 people who died on the hijacked aircraft did not get that warning as well. Former President Bush met with a brother of bin Laden that same evening.
To top it all off, an exercise was planned for 9 am on September 11 in which an aircraft would crash into the Pentagon. Several other war games were scheduled to the same day.
None of this evidence is sufficient by itself to accuse the US government of conspiracy, but it does raise many questions. I am not alone in asking these questions. Many of the details that I list here are available in a lengthy report on 9/11, although I am reluctant to call it a cover-up as the report does:
http://www.wanttoknow.info/9-11cover-up10pg.
Whatever did happen that day and in the prelude to it, we still do not know entirely. Today there are still many questions that remain. To call it a cover-up is perhaps too strong, but an accusation of a lack of transparency is warranted.
Surely after a decade the US government owes it to the American public and especially to the families of those who lost loved ones on 9/11 to be more open about what happened that day and in the lead-up to it. 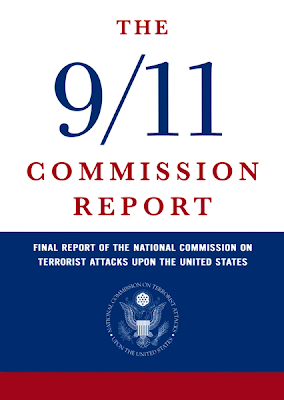 Five separate reports were issued about 9/11, but none of them present the full story. Why the lack of transparency? How does one explain all these facts? Even the 9/11 Commission Report has been questioned not only by those living outside the US but also by those within its borders.
In a 2008 poll of 17 countries, 15% of those surveyed believed the US government was responsible for the attacks, 7% believed Israel was and another 7% believed some other perpetrator, other than al Qaeda was responsible. The poll also found that respondents in the Middle East were more likely to name a perpetrator other than al Qaeda.
I will not discuss the various conspiracy theories that have been adduced, some already very soon after 9/11. For more information, consult: http://en.wikipedia.org/wiki/9/11_conspiracy_theories.
What these theories do indicate is a lack of trust in the US government. This lack of trust is serious, and needs to be addressed. It is one thing for foreigners to be suspicious, it is something else entirely for US citizens to do so.
Even if one does not buy into to these conspiracy theories, suspicions such as the ones I have presented do make one pause and wonder what really happened.
I am not an American, but I am trying nevertheless to be as sympathetic as possible to a nation in which the wounds left by 9/11 are opened again this week. I don't want add to the pain of those who are still suffering and will continue to suffer, especially on this anniversary.
In the next few postings I want to examine the aftermath of 9/11. I do not want to add merely another item to the increasingly long list of reports in the media during the week leading up the the tenth anniversary.
What I do want to do is open a forum for discussion of the issues that 9/11 raises--not only the questions that I presented today but also the issues that I will examine next when I discuss the aftermath.
Please stay tuned.