Does one have to pretend to be stupid to become president of the United States?

"There are good, decent men and women who work hard every day and put their skills to the test that aren't taught by some liberal college professor," Rick Santorum said recently during a gathering organised by Americans for Prosperity, a political action group. "That's why he wants you to go to college. He wants to remake you in his image."

This anti-intellectualism comes from the lips of one of the leading Republican candidates for the presidency of the United States. But it is pure hypocrisy. Santorum has three diplomas (including a JD degree) and is not from the working class. His parents were well educated medical professionals who raised their family in the suburbs. In fact, he has never had a working-class job; before he entered politics, he was a lobbyist.

To judge by Santorum's comments, as well as those his fellow candidates, it would seem that one has to be stupid in order to become president of the United States, or at least put on a good act. 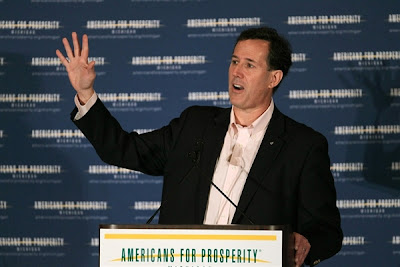 This rally was paid for by Americans for Prosperity, a lobbying firm funded by the billionaire libertarian brothers Charles and David Koch, who have built a vast network of propagandists over the past 30 years whose aim is to convince Americans that corporate interests are their interests -- small government, low taxes, deregulation. They are also exceedingly hostile toward organised labor.

George W Bush was a master of the populist style of anti-intellectualism. Though his real base was the ruling class, he built a coalition using the folksy rhetoric of the common man. But Bush's anti-intellectualism was genuine -- the president mistrusted ideas and expertise, despite being educated at Yale; Santorum's is not.

Santorum has a lot of company in the hypocrisy department. Mitt Romney is another leading candidate for the Republicans who has been accused of anti-intellectualism. He also has three diplomas, including a joint MBA/JD degree from Harvard  and is reputedly worth a quarter of a billion dollars. He has several homes, and thus is hardly an ordinary Joe.

Romney has gotten pretty good at playing dumb as he demonstrated in the debates thus far. He is slippery, but he manages to get away with it. Yet his answers to questions are an insult to the intelligence of viewers. Either that or he seems to think that the American people are stupid. He and his fellow candidates are all playing the anti-intellectual card. 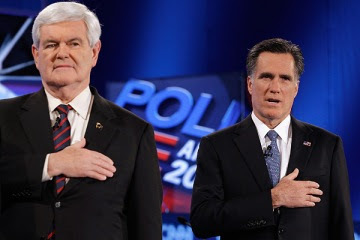 The instant resurrection of Republican anti-intellectualism is remarkable, especially on the heels of a crushing electoral humiliation contributed by the aggressively ignorant Sarah Palin. However, anti-intellectualism has long been in the GOP arsenal, going back to the name-calling of the original egghead, Adlai Stevenson II. An ideal voter must be ill informed, it seems. The leaders of the GOP not only think voters are stupid; they are doing everything possible to keep them that way.

Let us not forget Newt Gingrich, Ph.D., who makes an even more unlikely anti-intellectual. His ego is so huge that he cannot play that role. Even though Gingrich has led a consistent and aggressive attack on scholars and intellectuals, as he did with his attack in the 1990's on the federal agency in charge of medical effectiveness research and the elimination of Congress’s Office of Technology Assessment, and more recently when he announced his intention to eliminate the Congressional Budget Office, he is no enemy of ideas. Instead, he is a “true believer” in the far right-wing ideology, which makes him even more dangerous.

What makes Gingrich attractive to the far right is not his hostility to ideas, but his utter adherence to them and the perception that he would follow them no matter the cost or the countervailing evidence. The far right seems to recognize only one capital offense -- flip-flopping, that is changing your mind in the face of new information. In this regard, Newt is pristine. He is a true believer and willing to simply ignore or stifle any information that is contrary to his confident ideology.

The far-right forces that dominate Republican politics do not seem to accept the legitimacy of scholars and intellectual authorities. This is especially true of Gingrich, who fancies himself as his own scholar and intellectual authority. Indeed, the disgraced former House Speaker has a bad habit of destroying important institutions that provide credible scholarship, but which interfere with his larger agenda. Also, he does not know when to quit, which explains his sudden rise but makes him so thoroughly dangerous. 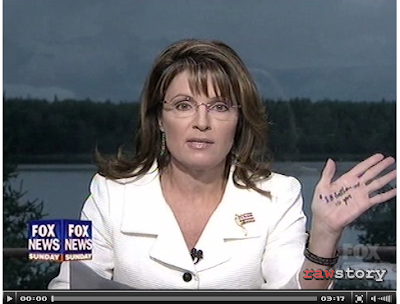 Fox News is the main news source for many conservatives. Fox News is noted for the rampant anti-intellectualism of many of its personalities. Since the US is currently in the midst of a contentious and toxic political campaign, and as November draws coser, it is in the best interest of conservatives to cease the pervasive anti-intellectualism that seems to dominate the Right today, and which has taken over a large part of the Republican party.

The GOP should stop exploiting Christianity. Many conservatives use religion, especially Christianity, to pander to people, sometimes the wrong people. Fundamentalism and blind faith are dangerous no matter what religion one subscribes to, but to misuse religion in order to curry votes is inexcusable.

Unfortunately, many Christians allow themselves to be misused. Nearly every denomination that I know in North America has large segments that endorse anti-intellectualism, whether unwittingly or otherwise. The Mormon Church of Mitt Romney has been publicly berated for its anti-intellectualism.

Many of these church people and nearly all right-wing politicians are now in a marriage made in hell. Bush misused them for his own political ends. This time Santorum and Romney are doing the same.

When will these church people get out of this abusive relationship? They have become codependents, thus probably not any time soon.

And when will these politicians wake up to the fact that one does not have to pretend to be stupid to become president of the United States. Obama has proved it. QED.

Unfortunately, many Republicans still refuse to believe that he is the legitimate president, which is a prime example of anti-intellectualism. 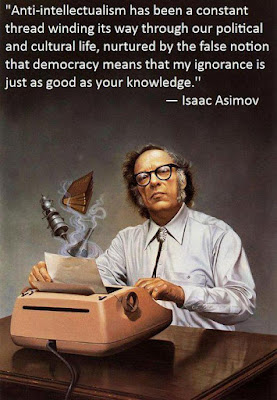