Why do 7000 children have to die of malnutrition every day? 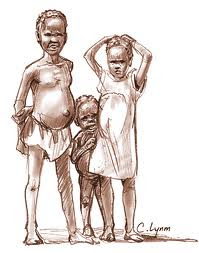 Hunger is the world’s No. 1 health risk. Here are a few sobering facts about hunger: It kills more people every year than AIDS, malaria and tuberculosis combined. One in seven people in the world will go to bed hungry tonight. There are more hungry people in the world than the combined populations of USA, Canada and the European Union (quoted from the World Food Program). 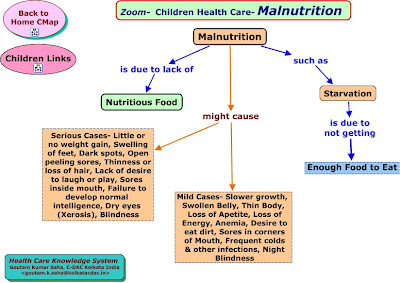 Many children die because of the quality, rather than the quantity, of the food they eat; malnutrition leaves them dangerously weakened and unable to ward off a host of ailments. Where children do not die of hunger, the effects on their health can be fatal. Deficiencies in the first two years of life are often irreversible. Thus food aid should be a top priority in international efforts to tackle the consequences of poverty -- not only in a time where an officially declared famine makes headlines.

Maybe this fact will drive the issue home; it did for me: Every day more than 7,000 children from all over the world will die for lack of nutritious food. There are many other cause of death of children as well, of course; most of which will appear on death certificates rather than malnutrition. Yet malnutrition is preventable.


The World Health Organization (WHO) defines malnutrition as "the cellular imbalance between supply of nutrients and energy and the body's demand for them to ensure growth, maintenance, and specific functions." Women and young children are the most adversely affected groups; one quarter to one half of women of child-bearing age in Africa and south Asia are underweight, which contributes to the number of low birth weight infants born annually. 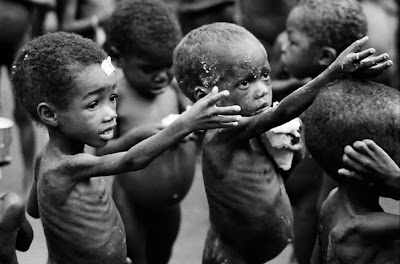 All of us regularly see images on TV or ads in journals that show such children and ask us to help support them. Sometimes we even see pitiful pictures of children and adults struggling with severe malnutrition, but then we may choose to ignore them. It hurts to see children suffer; thus we tune out these painful images.

I do not have to watch TV to see such suffering, however. I only have to walk down almost any unpaved street in the Gambia, where I am teaching for a semester, to see the effects of poverty. Although the children may not always appear to be malnourished, many are underweight. I can witness how their parents try to eke out a living.

In the middle of the tourist area where I live, many families still have barely enough to survive on. It is not surprising that some women resort to prostitution. Fortunately, there is no famine here, unlike neighboring Mali that is in the midst of a major famine. It is estimated that more than 13 million people in Western Africa will face starvation in the coming months. Nevertheless, it is tragic that poverty and relative affluence exist side by side in one of the wealthiest areas in the Gambia.

Even in a good year, the poorest families in much of the developing world cannot grow all the food that they need to survive. But now with food prices rising, a significant proportion of them cannot even afford to buy enough to make up the shortfall. The rising price of food, which is merely an irritant for many in well-to-do countries, becomes a tragedy for nearly every one in poorer nations. 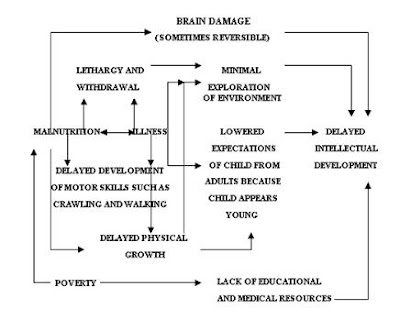 There the lack of food leaves children especially with a weakened immune system and thus vulnerable to many diseases and, potentially, death. Malnutrition lurks in the long shadow of poverty, and as the essentials of life become more expensive, children are the foremost victims.

Even those that survive long bouts of malnutrition will suffer its consequences for the rest of their lives. Some children become physically and mentally stunted, unable to keep up at school. Others are condemned to a lifetime of ill-health and associated poverty. The cost of malnutrition is clear; if it does not take children's lives, it robs them of many opportunities in life. This tragic waste of human potential is felt most keenly in the developing world, in the very countries whose future depends on a young, healthy and dynamic population.

But two-thirds of children's deaths are preventable. According to the WHO, malnutrition and the lack of safe water and sanitation contribute to half of all these deaths. Research and experience show that most of the children who die each year could be saved by low-tech, evidence-based, cost-effective measures such as vaccines, antibiotics, micronutrient supplementation, insecticide-treated bed nets, improved family care and breastfeeding practices, and oral rehydration therapy.

In addition to providing vaccines and antibiotics to children, education should also be provided to mothers about how they can make simple changes to living conditions such as improving hygiene in order to increase the health of their children. Mothers who are educated will also have increased confidence in their ability to take care of their children, therefore providing a healthier relationship and environment for them.
Many of these solutions are clear, proven and cheap. Making sure that babies are breastfed properly and ensuring that children's foods are fortified with basic vitamins and minerals can have an instant and dramatic impact on their health. Targeting the poorest with special help and ensuring they have access to health-care has equally dramatic positive results. 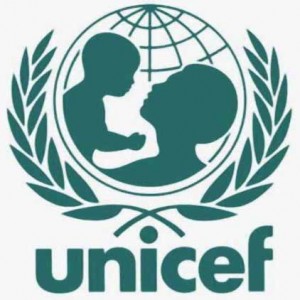 The news is not all bad. The world has made dramatic progress in reducing children's deaths, cutting the number that die by more than a third since 1990 by investing in vaccines and health workers. This investment has saved millions of lives by preventing and treating deadly diseases. Now is therefore the time for the next breakthrough: tackling the scourge of chronic malnutrition.

None of this will happen on its own, according to experts in nutritional assistance. Without the political will to stamp out chronic malnutrition, such knowledge will not benefit those who need it most: the children. Once again the worlds poorest and weakest members will be left behind.

We know what people can do if the momentum is there. Experts note that the four million children a year whose lives have already been saved by international efforts to stamp out child mortality are living, breathing testaments to what can be achieved if the issue is confronted head-on.

But to date, experts agree, malnutrition has not yet had the same benefit of high-profile campaigning and investment as the other major drivers of child mortality, like HIV/AIDS, lack of access to vaccines and malaria. We cannot allow this imbalance to continue. The time for action has come.

Experts agree that we can stop malnutrition in its tracks. We know what works, and we know how to deliver it. What is lacking, however, is the political will to tackle this silent crisis. If world leaders make a commitment to stamp out hunger in 2012, forcing the issue onto the political agenda, the battle would be half-way won. Previous efforts to stop children dying show that every giant leap begins with a small step. We need to take that small step now. 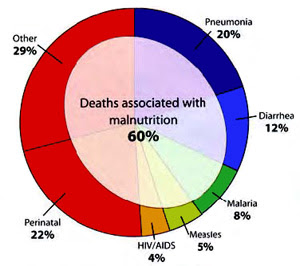