Do liberals and conservatives live on different planets? 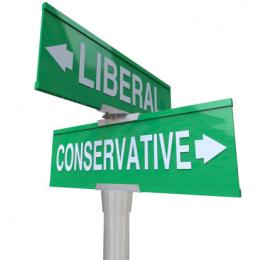 In 1992 John Gray wrote the best-seller, Men Are from Mars, Women Are from Venus. He used a metaphor that men and women are from distinct planets that has now become part of popular culture.

When I look at the political landscape today, I wonder if a similar observation can be made about people at each end of the political spectrum. The same thing can be said about the religious scene, as I will explain later.

First, politics. Whether we talk about Democrats and Republicans in the US, or those who vote NDP or Conservative in Canada, or for corresponding parties elsewhere in the world, it seems that the gulf between these groups is so great that one wonders whether they are living on different planets. They seem inherently incapable of communicating with each other. Each speaks a language that only they can understand.

This thought occurred to me when I compared the reactions of President Barack Obama and Governor Mitt Romney to the riots in Cairo as a result of the video Innocence of Muslims (which is a piece of trash that I regret having watched after all the furor it has provoked throughout the Muslim world). 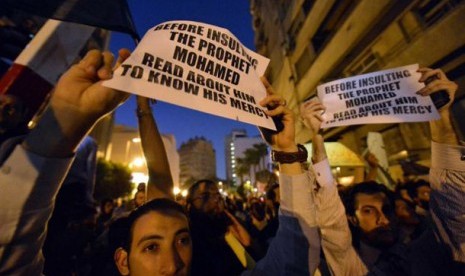 Protests in Indonesia against the video

Romney interpreted the US embassy statement out of Cairo, soon after the riots began, as siding with anti-American protesters instead of standing up for American values of free speech. Romney blamed Obama for what he called an "apology." "It’s a terrible course for America to stand in apology for our values," Romney added afterwards to reporters.

"Never before in American history has its president gone before so many foreign audiences to apologize for so many American misdeeds, both real and imagined," Romney wrote about Obama in the first chapter of his 2010 book No Apology.

"It is his way of signaling to foreign countries and foreign leaders that their dislike for America is something he understands and that is, at least in part, understandable. There are anti-American fires burning all across the globe; President Obama’s words are like kindling to them," Romney explained.

This is not merely campaign rhetoric. For Romney and the Republican base, free speech is paramount. Thus apologies are never necessary. Free speech trumps all other rights, even the rights of Muslims and others who may be offended by a particular statement or some other form of expression. Only child pornography can be curtailed, and some people would even exempt that.

Even Democrats who immediately condemned this video had to acknowledge how important this right is. Secretary of State, Hilary Clinton said as much when she dismissed it as "disgusting and reprehensible," but at the same time had to extol the right of free speech. Clinton explained that in the US, "We do not stop individual citizens from expressing their views no matter how distasteful they may be."

What the Republicans especially have to realize is that no right is absolute. My freedom stops when it meets the freedom of others. Thus there are limits to any freedom. 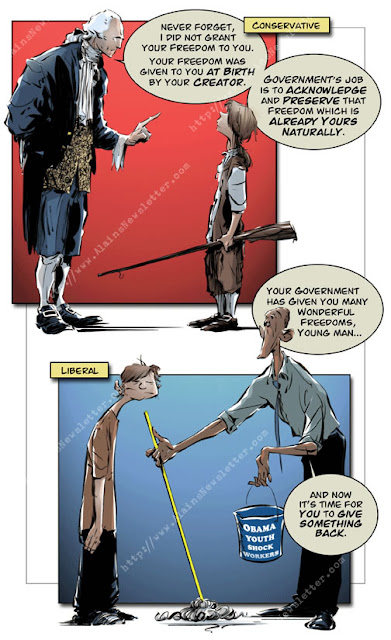 For every freedom there are also corresponding duties and responsibilities. The rest of the world is aware of this when they talk about human rights, but many Americans seem oblivious to this fundamental truth.

The gulf between Democrats and Republicans is vast. The two recent nominating conventions illustrate that very clearly. I watched both (or at least the important parts), but I wondered if the speakers at each were talking about the same country. The US has become so polarized that it is sometimes difficult to have a civil conversation between ardent Democrats and Republicans.

This vast gulf carries over into what news network people prefer to watch. Some years ago, I stayed at someone's place in Florida, where only Fox was allowed to be viewed. No wonder the gap is growing.

In Canada a similar polarization is taking place, encouraged by a Conservative government. At the other end of the political spectrum, the NDP is experiencing a phenomenal rise in popularity, since it represents a viable alternative to the moribund Liberals. The NDP, by the way, is not socialist as many Americans have been led to believe, but they are moving to a more centrist position. 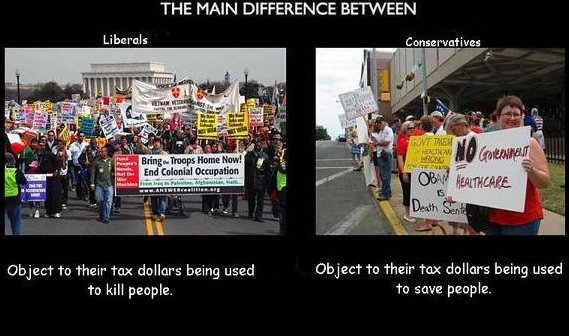 A parody of the difference between liberals and conservatives, yet here too there is a moment of truth

The difference between Democrats and Republicans, or between their counterparts elsewhere in the world, may be described as a liberal/conservative split. Yet neither of these terms should be interpreted exclusively in the classical sense, but rather as a shorthand to indicate the two political poles.

For example, some Republicans evidence a hatred of President Obama that borders on the irrational. Other politicians elsewhere have become victims of similar hatred. How can one explain such a visceral dislike?

Aside from some swing voters, most people are firmly committed to one or another party. They form the base of those parties. The terms open and closed, in my opinion, help to explain that commitment. As a result, various political groups find it difficult to communicate with each other. They seem to be living on different planets.

Similar attitudes prevails in churches, mosques, and synagogues. The differences between various religious factions are often intractable, and sometimes result in the formation of new denominations.

Similarly, those denominations that are the most traditional often find it very difficult to be truly ecumenical. Unity is only possible when others return to the traditional fold or accept that tradition unreservedly.

I do not want to disparage tradition, but I simply want to point out the relation that I see between a more traditional attitude, whether in politics or in other spheres, and a more open attitude that accepts changes.

This may be an oversimplification on my part, but I am trying to come to grips with the inability of groups that are at the two poles to communicate with each other. 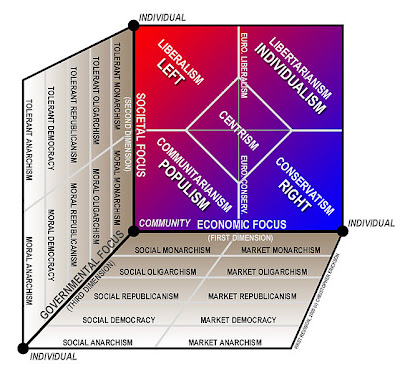 Another complex chart illustrating the political differences in three dimensions

Tell me what you think about my comments. Am I being one-sided or reductionistic in my characterization? Are liberals and conservatives really so different, or do they indeed live on different planets?