What Christians can learn from Muslims 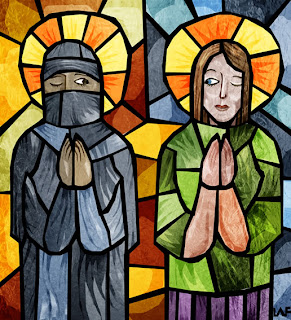 It never seems to end. The furor around Innocence of Muslims, the trashy video that lampoons the Prophet Muhammad, has not abated in spite of numerous pleas by saner Christian and Muslim elements to those who are rioting, or promoting it, to stop the violence. Extremists on both sides refuse to listen to reason. Instead, they continue to display their hatred and foment violence by brazen attacks on others.

Fortunately their numbers are small, and those killed as a direct result of the riots have been few. Many more protesters of the video expressed themselves in a non-violent way, although the media have largely ignored them, and focused on the violence. That is what sells.

I had hoped to leave this issue and continue with my new series on the role of faith in the public square. Yet the issue faith and politics arises here too. Now I will anticipate some of what I will say in future posts.

I want to make what (hopefully) are my final comments on a video that is so bad that it should never have been made and ought never have been disseminated. Both Christian and Muslim extremists are responsible for that. 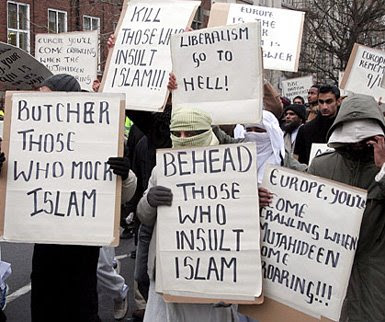 These protesters do not represent all Muslims

Many people, especially in the West but not only there, have used this furor to sharpen their criticism of the intrusion of religion into politics. Blasphemy laws in many countries, especially Pakistan but also others that are now considering such legislation, deserve to be condemned for their sledgehammer approach, but that is no reason to condemn religion as such and to exclude it from the public square.

This film should cause us to reflect on many issues: the nature of blasphemy is one. There is a huge cultural gap between Christians and Muslims in their understanding of freedom of expression and what constitutes blasphemy. This is related to their differing understandings of the role of religion in politics.

The question I want to raise today is this: What can Christians learn from Muslims? Much, in my opinion, but I will only select one or two closely related things.

Christians can learn nothing from Muslims, I can already hear many Christians scream. Islam only practices warfare, they claim. Muslims are all terrorists. We, they explain defiantly, can teach Muslims a thing or two about peace and love! 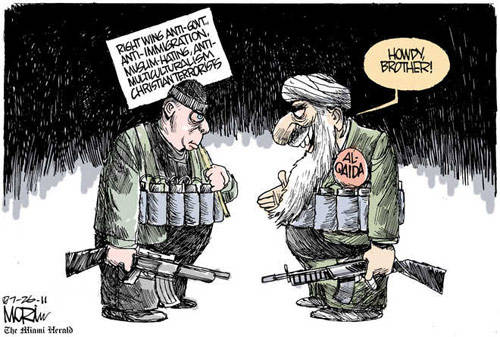 Really? Now is not the proper moment to explain that the Qur'an teaches peace and that Islam, as the word implies, is a peaceful religion. Nor will I spend any time outlining how real the Crusades still are for many Muslims today. I could also point out that Muslims too adhere to the commandments to love both God and neighbor (even though the Qur'an does not use precisely this language).

My intention is not to teach Muslims. No doubt, there are things they could learn from Christians, but that is not my job right now. My purpose today is to teach Christians, especially those who are critical of Islam.

There are many differences, of course, between Christians and Muslims. One, that I have mentioned several times in previous post, concerns the public/private distinction in religion. Under this understanding, religion should be restricted to the private sphere and thus has no role in the public square. This is based on the Muslim idea of community.

While some Christians reject the public/private distinction, many accept it uncritically. It is used to justify the separation of church and state. In a later post I will explain this relationship further. The consequences of this rejection are enormous. It gives a distorted picture of the Christian faith. Muslims can thus help Christians recapture a neglected aspect of their faith.

Muslims emphatically deny the distinction. Not only do they reject it but also the individualism that it presupposes. Instead, they see themselves as part of a community. The rejection of individualism, moreover, is expressed in the Islamic understanding of human rights, which are commonly interpreted as communal rights not individual rights.

Ummah (Arabic: أمة‎) is an Arabic word that means "nation" or "community." The word can mean nation in the modern sense, but it generally refers to the entire Muslim people or community. In modern Hebrew, the cognate word Ummah (אוּמָה), from the root ʿam (עַם), means "nation" or "people." The full implications of this lie beyond the scope of this post, but I will make a few suggestions. 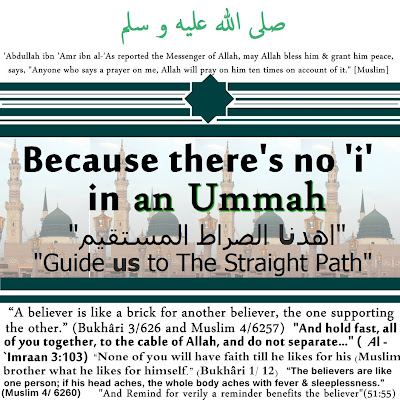 Christians today urgently need recapture the idea of community or koinonia, which is intrinsic to the biblical understanding of the church.

Koinonia (koinwnia) is the Greek word that is translated into English variously as communion, association, fellowship, sharing, common, contribution, and partnership. But none of these words adequately captures what the early Christians meant when they spoke of the koinonia they had with one another and with Christ.

Christianity from the very beginning existed as a corporate reality, as a community. To be Christian meant to belong to the community of believers. One could not be a Christian by oneself, as a isolated individual.

If the idea of community is understood properly, it will help to break down the individualism that has infected the Christian faith for several centuries already. Then, for example, there will no longer be an undue emphasis on the importance of making individual decisions for Christ, as is almost universal today. 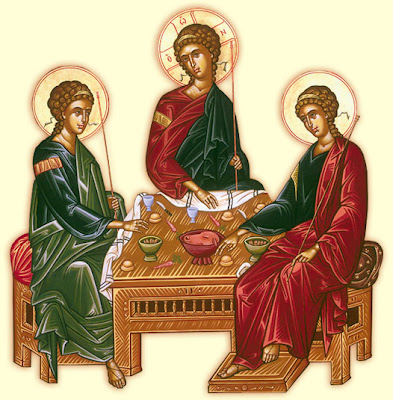 Among other things, it will make the practice of infant baptism more understandable to many Christians who have been shaped by Baptist modes of thought. At baptism, children are incorporated into the church not because of a decision that they have made personally, but through the covenantal promise (to use Reformed terminology) that God makes.

The idea of community will also help Christians to understand better how they can involve themselves in politics without falling into the theocratic trap that Muslims have too often been victims of. Muslims have misconstrued the role of their faith by trying to apply the Qur'an directly to political affairs, but so have some Christians who have suggested that the Old Testament should be normative in the state.

Thus I am not suggesting that Muslims are right in everything, but their rejection of the public/ private distinction, at least in religion, and the related emphasis on community is very helpful for Christians.

Everyone, including secularists, should try to learn more about Islam and Muslims. Then they will see that many of the differences between them and Muslims cannot be written of as merely a "clash of civilizations." 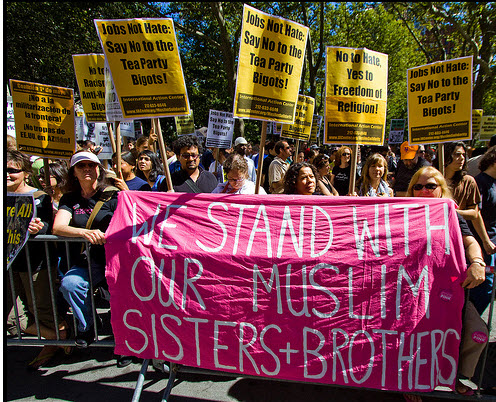 They go far beyond cultural differences, because Muslims live in many cultures, but are basically religious and rooted in totally different understandings of the world and the place of humans in society.

Only then will people outside of the Muslim world fathom better why Muslims have reacted the way they have to this video and all the other highly offensive actions that they perceive as an attack on their faith.

Christians can indeed learn much from Muslims, but only if they are willing to learn. In addition to what I have already mentioned, I would add the importance of faithfulness and regularity in prayer, and an absolute submission to God (which is what islam means).

Some of this learning may take the form of reminders of what is inherently and originally biblical, but has been neglected for a long time. Muslims may indeed have learned some of these things from Christians. Be that as it may, now Muslims can return the favor. For that we should all be thankful.