Murder in the Middle East 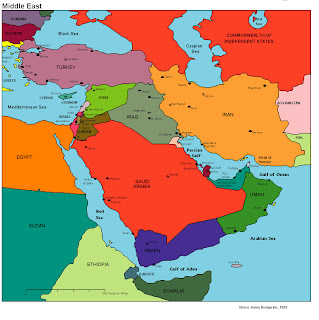 This title does not refer to a murder mystery. The culprits are well-known, thus there is no mystery involved. Murder is not unknown in the Middle East. According to the biblical story recorded in Genesis, the very first murder may have taken place in what we refer to today as the Middle East.

The Syrian civil war, which started on 15 March 2011, already accounts for about 50,000 deaths, half of which were civilians. By October 2012, as many as 28,000 people were reported missing including civilians forcibly abducted by government troops or security forces. According to the UN, about 1.2 million Syrians have been displaced within the country.

While anti-government rebels have been accused of human rights abuses as well, the vast majority of abuses have been committed by the Syrian government's forces. The civilian deaths should be classified as murder.

But the Syrian government would reject this label. They would regard most of the deaths as state-sanctioned killings, except when perpetrated by the rebels, in which case it is murder in the government's eyes. 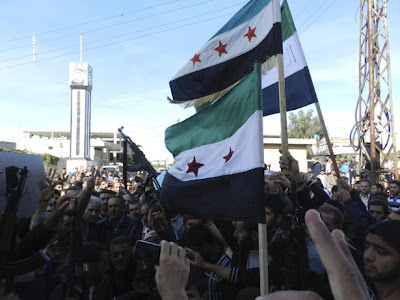 Yet why should the rest of the world not call all these killings what they really are: murder? Since they are not soldiers, the killings of civilians are unlawful. As far as that goes, what the rebels do is murder as well.

In the struggle in the Gaza Strip this week more than 130 Palestinians have been killed, including at least 54 civilians. In addition, whole families have been exterminated by Israeli missile strikes.

Yet the Western media continue to claim that these killings by Israel are in retaliation for the rockets that Hamas is firing into Israel every day, accusing the civilians as being members of Hamas, or, when all else fails, dismiss them as accidents.

According to one report, the patriarch of one family that had just lost eleven members in an Israeli missile attack retorted, "Does a 9-month-old baby feeding at his mother's breast have a gun in his hands?" 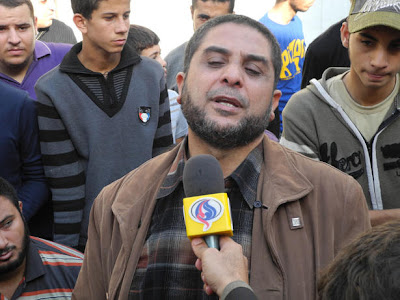 I repeat, why should we not call all these killings what they really are: murder? Since these civilians are not soldiers, these killings are therefore unlawful. The actions of the Israeli soldiers are clearly murder, although they will never be charged must less tried for them.

That is not to excuse the atrocities committed by Hamas. However, the rockets that Hamas uses are not very accurate, and thus the destruction that is caused is accidental, even if the attacks are premeditated. This too is murder and must be condemned.

The Guardian reports that the way western politicians and media have pontificated about Israel's onslaught on Gaza, you would think it was facing an unprovoked attack from a well-armed foreign power.

Israel had every "right to defend itself," President Barack Obama declared. "No country on earth would tolerate missiles raining down on its citizens from outside its borders."

He was echoed by Britain's foreign secretary, William Hague, who declared that the Palestinian Islamists of Hamas bore "principal responsibility" for Israel's bombardment of the Gaza Strip. But that is blaming the prime victim.

Israel has the fourth largest military force in world. How can the Palestinians with their puny rockets possibly be portrayed as posing a real threat to the existence of Israel? The losses between the Palestinians and Israel thus far have been 25-1 in favor of the Palestinians. Who needs protection the most? 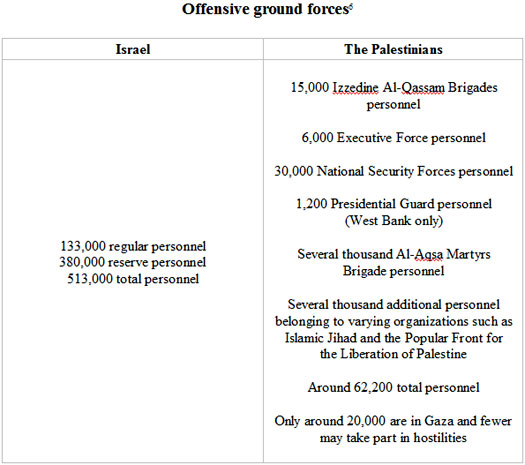 Aside even from shifting the blame, western politicians and media have refused to label the killings as murder. If this would happen, then people in the West might become aware of what is really happening in the Gaza Strip. Then Israel will be seen as guilty as Hamas in perpetrating violent actions that should be called murder.

Such violence must stop. Whether the cheap, inaccurate missiles used by Hamas or the much superior Israeli missiles, they rain from the sky with murderous effect. Both sides must be openly condemned for their use of such violent, murderous means. Murder should never be sanctioned by the state.

States, of course, can defend their soldiers from the charge of murder, but that is legal dressing. Murder is still murder, even when it is done with the blessing of the state. These soldiers may be legally protected, but this does exonerate them entirely from being accused of murder. We must not play antics with semantics when it comes to God's commandments.

Note that I am not referring to the actions of soldiers when fighting other soldiers, even though, as someone who believes in active non-violence, I have serious reservations about that. But I am concerned especially about the killing of civilians, which is often described euphemistically as "collateral damage." Such killings are murder and must be universally condemned.

The opposition in Syria and the Palestinians in Gaza are not innocent either. The killing of six "collaborators" on the streets of Gaza is murder perpetrated under the guise of vigilante justice. Hamas must be condemned as well for these brutal murders. 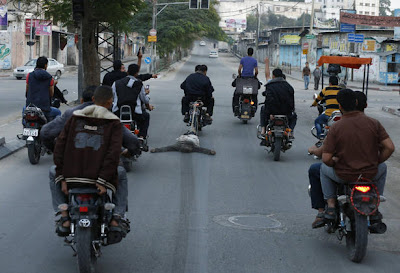 There are many culprits in these struggles in the Middle East. As I mentioned already, there is no mystery about who is responsible for these murders. None of the culprits, however, will ever be brought to justice. These killings are obscured by the haze of war. That these wars are undeclared only increases the culpability of the perpetrators.

These killings must stop. In Syria the civil war must end soon for the good of the Syrian people. While in the Gaza a ceasefire is urgently needed before Israel commits ground troops and the entire Middle East possibly goes up in flames.

There have been many ceasefires in the past. None have been able to stop the fighting between Israel and Palestine. The bombing of a bus in Jerusalem may well delay any ceasefire. It will certainly enrage Israelis and their western supporters even more.

Only a peace agreement that resolves the myriad issues that divide these two states can end the fighting. Unfortunately, such an agreement is a long way off, if the current rhetoric on both sides is any indication.

The whole world must pray for peace in this troubled region. If Israel does attack Iran, as some suspect, then another world war may lie on the horizon. God forbid!