The deification of dictators

Kim Jong-il was a dictator. His death was unexpected, although he had a history of health problems, and was not announced until two days later. In the first reports that I heard, sorrowful cries could be discerned in the background.

Kim was 69, although there is some dispute about the year of his birth. It is expected that his youngest son, Kim Jong-un will succeed him. He has already been labeled the "Great Successor."

This mournful reaction was not surprising, since Kim Jong-il had been treated as a demigod immediately after taking over as supreme leader of North Korea upon the death of his father, Kim Il-sung, on 8 July 1994.

Kim Jong-il was revered. He was called the "Supreme Leader" in the constitution. He was also referred to as the "Dear Leader," "our Father," "the General" and "Generalissimo." The cult of personality that he inherited from his father involved their deification. It is claimed that through his moods he could control the weather, and that through his distinctive style of clothing he set world-wide fashion trends.

His cult, however, was probably attributable more to the respect that the nation had for his father and for fear of punishment than for any genuine hero worship, as government officials claim. They point to a song, "No Motherland Without You," that was specially created for him. 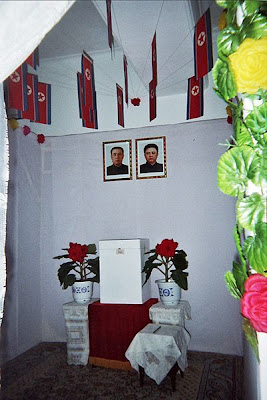 His photo, along with that of his father, who was revered even more, was omnipresent, also during elections. It is expected that after the funeral service on 28 December Kim Jong-il will be buried beside his father in the enormous palace that serves as a mausoleum. 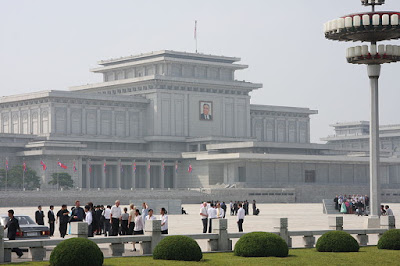 My purpose in this posting is not to dwell too long on the details of the lives of Kim Jong-il or his father. Rather I want to reflect on how political leaders have been deified, especially during the 20th century. 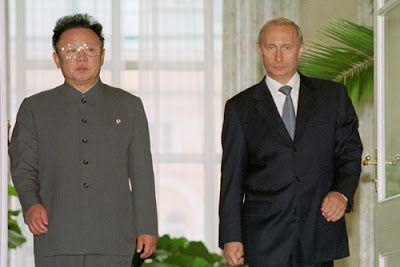 Kim often appeared with other political leaders who enjoyed a cult of personality. Vladimir Putin is one example. While Putin's star is diminishing lately, for many years he projected a style of leadership that accented his machismo. 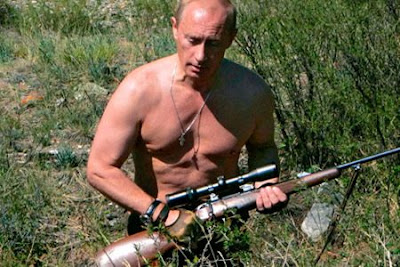 Putin, however, was never able to achieve the deification that some other Communist leaders have enjoyed, especially Mao Zedong and Joseph Stalin. The reason for this, as will become apparent in a moment, is the resurgence of organized religion, specifically the Russian Orthodox Church, since the collapse of the Soviet Union. The cult of personality in his case has not been as successful. 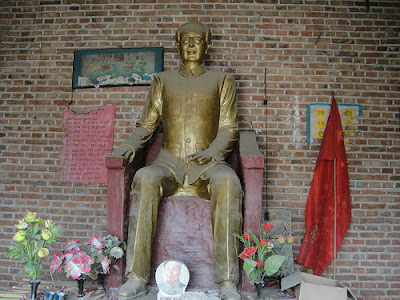 Chairman Mao was treated as larger than life even before his death. The forged photo of him swimming the Yellow river is classic. After death he was deified, just as Lenin, Hitler, Stalin, and many others before him. 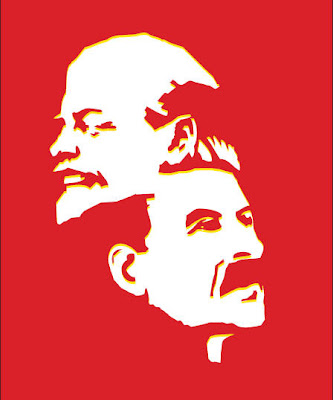 Lenin merited a mausoleum in Red Square, which I have visited several times. Unfortunately, his corpse encased in its glass coffin does not make him very god-like. In fact, it is rather pathetic. The debate about whether his body should be moved to St.Petersburg to lie beside that of his mother has still not been resolved. Maybe there is a bit of supposed deity left in the old man. 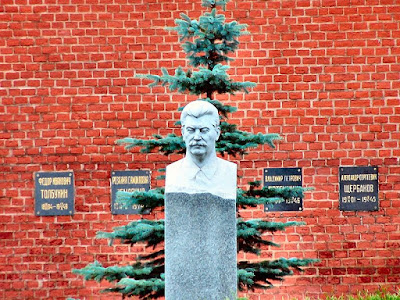 Stalin when he died in 1953 was briefly buried beside Lenin, but his body was moved to a grave in the wall of the Kremlin. But during his life he wanted to be deified. The propaganda machinery complied, although not everyone accepted his deification.

An elderly Jewish couple in Moscow, whom my wife and I knew very well, told us that on the day Stalin died they practiced in front of a mirror putting on a sad face rather than the joyful one they preferred, otherwise they would have been arrested. They were not the only ones who were happy that day.

George Orwell, in Animal Farm, satirizes Stalin's deification in his description of "our Leader, Comrade Napoleon." In the officially atheistic state, the leader replaced Czar and Patriarch. Huge portraits of Stalin were hung on walls and banners throughout the Soviet Union, much like those for Lenin before him, and after him for Mao in China.

In Animal Farm, Moses, who represents religion, is driven out, just as Stalin had done. Stalin promoted atheism. Like Lenin, he regarded religion as the opiate of the people. In 1939, he could have abolished the Russian Orthodox Church, when only four bishops were left. But he relented, and later in order to get ROC support for the war effort he made an agreement that spared it and led to its official recognition of the government. 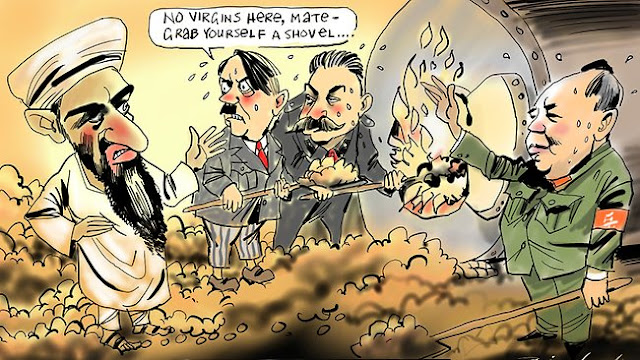 Why do dictators want to be deified? They realize that people need to worship something or someone. When an official religion is oppressed or even abolished, a substitute is needed. Nature abhors a vacuum and so does religion. God created human beings to be religious. We are thus inherently religious.

Not everyone will agree with the positive role that I assign to religion. It assumes a much wider definition than is often used. For me, religion is as wide as all of life. This will resonate with many Africans and Asians. Religion is not restricted to only the organized forms thereof but it also includes the motivation for everything we do. Sometimes we may not be aware of our motivation, yet it functions as part of our world view and can thus be described as religious. Even secularism is a religion. 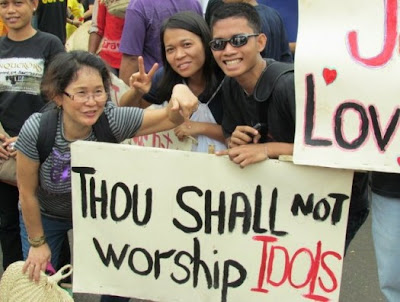 When political leaders want to be deified, that process of deification can proceed much faster if organized religion is weak or non-functioning. Our innate religious nature makes us search for something to worship. As Augustine expressed, "Our hearts are restless until they find their rest in thee [God]."

Dictators may try to drive out our religion, but their efforts are less successful when organized religion is strong and even stronger when that is matched with an awareness of the extensive nature of religion. Then we are most sensitive to these efforts to displace the true God with false gods.

Deification is idolatry and needs to be exposed as such. But only those who worship the true God will be fully conscious of the pernicious nature of idolatry and will be able to expose it.

Kin Il-sung, the father of Kim Jong-il, was raised in a Presbyterian home. This makes the idolatrous nature of deification that much more evil. He turned against the true God and put an idol, himself, in God's place. That sin has carried over to the next generation, and future generations as well, if the past is any indication.

Tertullian (AD 150-220), the North African theologian and philosopher, described idolatry as the chief sin from which all other sins stem. This is how serious he regarded idolatry. So should we.

That is why we must always be ready to expose and condemn deification, whether intended by politicians or others. As Christians we must not tolerate it, even in distant countries like North Korea. The sins of the Kim's, both father and son, extend far beyond starving their own people and other heinous crimes. They have committed idolatry and for that they stand condemned.

I am not so naive as to think that accusing the Kims of idolatry is enough to stop this practice in North Korea, now that the third generation of that family has been appointed as successor. I am only doing this to indicate the source of the enormous crimes this family has committed over the years. By exposing the source, we are much better prepared to understand their behavior and the awful consequences that resulted. 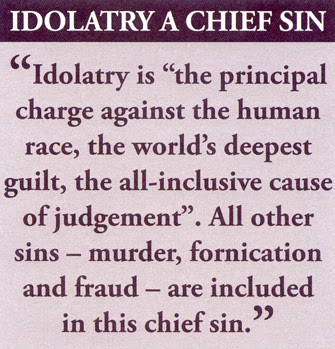