A new agenda for the Catholic Church? 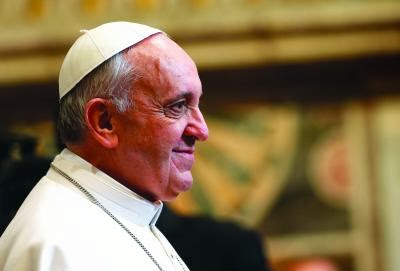 Ever since his election, Pope Francis has made a reputation for himself as outspoken. Since then, the secular media have been in a frenzy trying to interpret his comments and present him as the pope who is going to secularize the Roman Catholic Church. But nothing could be further from the truth.

As many have observed, Francis is delightfully frank and even provocative, in the good sense of the word. He seeks to challenge the Catholic Church, but he has no intention whatsoever of secularizing it, turning it upside down and inside out. Yet during his pontificate he will probably shake it up a bit. Something that is urgently needed. He has already started.

Many of his comments have been taken out of context, often by journalists who are atheists, or agnostics at best, and sometimes by progressives in the Church who identify him as a kindred spirit and reformer. Yet still others see regard him as a very traditional pope, much like his predecessor, Benedict XVI, in spite of a penchant for speaking out on controversial issues..

Although I have never met the man, and only know what the media have written about him, my intuition is that he is neither the secularizer that many journalists see, nor the wild-eyed reformer of the progressives, much less the rigid traditionalist that the hierarchy prefers. Francis is his own man. He has been that for many decades already. His lifestyle is very different from that of his predecessors. 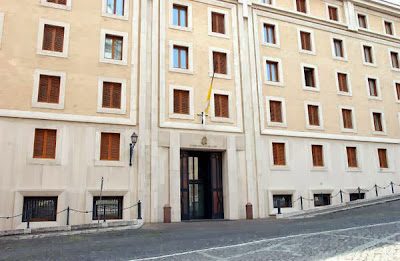 The pope's most recent comments were made in an interview published in La Civilta Cattolica, a Rome-based Jesuit journal. This interview was conducted by the Italian journalist Father Spadaro over the course of three days in the pope's room in Casa Santa Marta, where he has chosen to live instead of in the papal palace. After his election, Francis had heard a distinct "no" about living in the papal apartment, which he claims would have kept him far from the people to whom he was ministering. A slightly edited translated transcript is available in America: The National Catholic Review.

I have chosen to read this interview carefully, which I suspect many of the journalists or their editors who came up with sensational headlines neglected to do. This 12,000 word interview is well worth the time.

It begins with Father Spadaro's description of that room. The room conveys both the simplicity of Francis and his complexity:

The setting is simple, austere. The work space occupied by the desk is small. I am impressed not only by the simplicity of the furniture, but also by the objects in the room. There are only a few. These include an icon of St. Francis, a statue of Our Lady of Luján, patron saint of Argentina, a crucifix and a statue of St. Joseph sleeping. The spirituality of Jorge Mario Bergoglio is not made of "harmonized energies,"  as he would call them, but of human faces: Christ, St. Francis, St. Joseph and Mary. 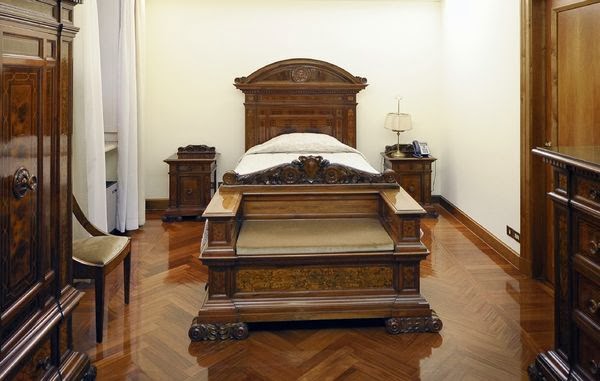 The papal bedroom, which may still be a bit too much for Francis

Francis cites three Jesuits whom he considers his models. Ignatius Loyola, the founder of the Jesuits, Francis Xavier, and a figure who is not as well known, Peter Faber, whom the pope calls, “the reformed priest,” someone for whom interior experience, dogmatic expression and structural reform were inseparable, as by implication for Francis himself. All three men were roommates at the University of Paris. Incidentally, all three were contemporaries of John Calvin, although the pope does not mention him. Nor does he mention Francis of Assisi, whose lifestyle is very much a model for the pope.

For Francis the church is the people of God, in the spirit of Vatican II, and not just the hierarchy. He sees the church as a "field hospital" where serious wounds must be treated first. "The church sometimes has locked itself up in small things, in small-minded rules," he explains. "The most important thing is the first proclamation: Jesus Christ has saved you. And the ministers of the church must be ministers of mercy above all."

When it comes to the controversial issues of abortion, gay marriage and the use of contraceptives, for which he has been widely quoted as urging change, Francis warns that they have to be talked about them in the context of the teachings of the church. There has to a balance between the dogmatic and moral teachings of the church, but for him the message of the saving love of God must be paramount.

When prodded about the hot-button issue of homosexuality, Francis responded, "A person once asked me, in a provocative manner, if I approved of homosexuality. I replied with another question: ‘Tell me: when God looks at a gay person, does he endorse the existence of this person with love, or reject and condemn this person?’ We must always consider the person." 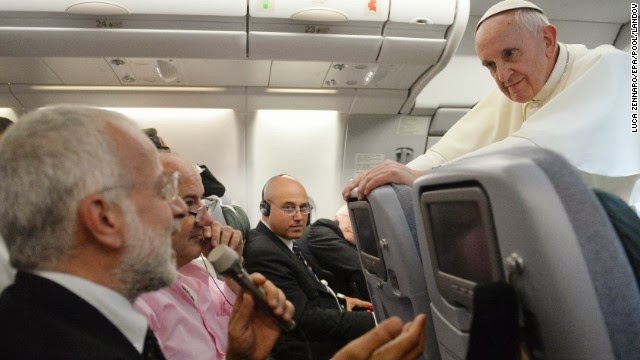 Has Francis rejected the church's teachings on abortion and gay marriage? Hardly! But he is saying that the church should not emphasize these teachings at the expense of showing mercy to those who contravene the rules. The love of God must be proclaimed in a simple yet profound way.

On the role of women in the church, Francis asserts that women are essential for the church."The challenge today is this: to think about the specific place of women also in those places where the authority of the church is exercised for various areas of the church.” This statement can hardly be construed as advocating that women become priests.

On all these contentious issues, Francis is not Martin Luther dressed up in Jesuit robes. He is a reformer not in the sense of turning the church upside down but but rather in pleading for the church to stop focusing on minor issues and emphasize the Gospel instead. This is a profound but needed remark. He always speaks from the heart. That is the source of all his pronouncements.

Francis knows what the Gospel is and, most important, he is willing to live in accordance with it. The Gospel for him is the message of Jesus Christ. And anything that stands in the way of that message must be rejected. If that makes him a revolutionary, so be it. This is what the New Testament teaches. 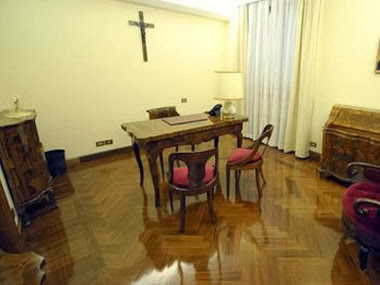 His refusal to live in the papal apartment is a recent example. As Archbishop of Buenos Aires he had already set a style of life that was marked by simplicity. He used public transit instead of a limousine.

On a recent trip inside Italy he condemned "the idolatry of money." In the interview he claims that he is not a right-winger, but it is unclear whether he means in the political or ecclesiastical sense. Yet he would not have been elected if his fellow-cardinals had suspected that he would overthrow everything in the church.

Has Francis set a new agenda for the church? I doubt it! What he has done in a few carefully chosen words, is remind the church and anyone else who is interested what the real agenda of the church is. That agenda was set already about 2000 years ago by Jesus Christ. Unfortunately, that agenda has sometimes been neglected. If Francis only keeps on reminding the world of this, he will already have transformed the church more than many of his predecessors put together.

Other churches could learn something from Francis. Have they also concentrated on minor matters at the expense of the Gospel? It is easy to deny this, but it takes someone like the pope to open other eyes as well. Thank you, Pope Francis!