Why are Christians fleeing the Middle East?

I took a short break from blogging because of family events. This week I return to my favorite haunt, the Middle East, where faith and politics often meet with tragic consequences for all involved. 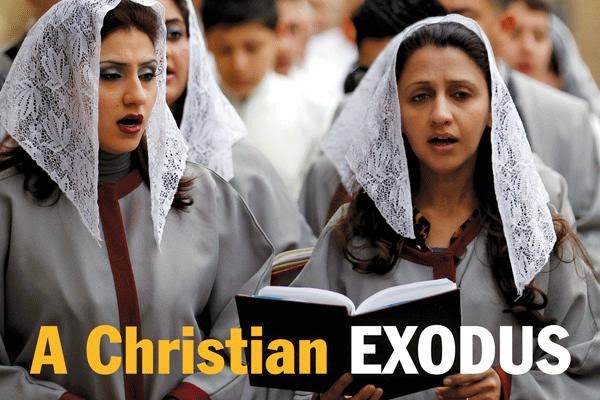 Why are Christians fleeing the Middle East? The answer is complex, but it is not just because of persecution, as bad as that is. Persecution may be the main driving factor, but it is by no means the only one.

Recently terrorists, who call themselves the Islamic State of Iraq and Al-Sham (ISIS), beheaded hundreds of innocent people, crucified former Muslims who freely choose to follow Jesus Christ, destroyed dozens of churches, taken over monasteries and evicted the monks, burned sacred manuscripts and art, and sent thousands of Christians and other religious minorities fleeing for their lives in a reign of bloodshed and terror.

Nearly all Christians have deserted Mosul -- the ancient Nineveh, and where according the apostle Thomas, according to tradition, established churches in the first century of the Christian era -- soon after Abu Bakr Al-Baghdadi, the self-proclaimed Caliph of ISIS delivered this terrifying ultimatum: "We offer them three choices: Islam; the dhimma contract -- involving payment of jizya; if they refuse this they will have nothing but the sword."

The atrocities that ISIS has committed thus far are so extreme that Al Qaeda has condemned them. Thus it is understandable that Christians are fleeing Iraq and Syria. But Christians are not the only religious group that ISIS has persecuted. Other minorities, such as Yezidis, ShabaIts, and Kurd,. are victims as well. Even other Muslims have been killed by ISIS.

Nor is Iraq the only country from which Christians have been forcibly evicted. Syria, parts of which are now, as in Iraq, under the sway of ISIS, has persecuted Christian clerics and forced an exodus of many Christians. Christians have also fled many other Middle Eastern countries, where they have been persecuted. 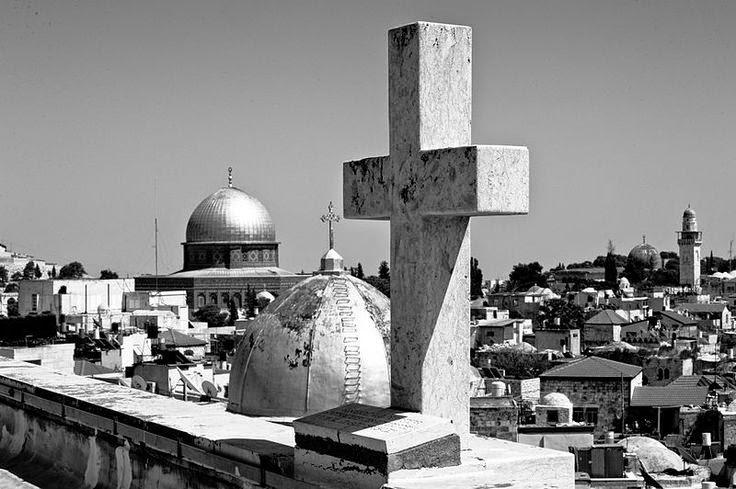 Today, the religious ecology of the Middle East looks increasingly fragile, but the exodus of Christians is the result of more than persecution.

Yet this exodus is not a new phenomenon. Persecution of Christians has a long history. It began already during the Roman period and continues to the present day.

Yet for centuries after the rise of Islam, Christians and Muslims were able to live peaceably together, with the notable exception of the Crusades, for which Christians are fully to blame. The Crusades have led not only to past atrocities but also to the poisoned legacy that has been left in the Muslim world ever since. Christians are still described by some Muslims today in derogatory terms such as "illegitimate children of the crusaders" or "slaves of western colonialists."

Even the current persecution of Christians by ISIS in Iraq and Syria must be viewed through the historical lens of the Crusades.

Discrimination and persecution predates the colonial period, but it has been exacerbated by the unqualified support of Israel by Western nations. Some Muslims in the Middle East harbor a hatred of Christians, even of the indigenous Christians who predate the arrival of Islam.

If persecution is not the only reason, what are some other reasons for the Christian exodus?

One of the primary reasons is economic. The Christian diaspora that stems from the Middle East is very large. Many Christians have been successful in business and the professions. Due to the repressive political climate in many Middle Eastern countries, Christians have emigrated to the West in large numbers, with the result that the Christian population of many countries in the region have declined drastically.

Unfortunately, precise figures for this exodus are not always available, but most countries do show a steady decline in the number of Christians. In addition to the exodus, one factor in the decline is the low birth rate of Christians. Many Christians are better educated and enjoy a high standard of living, and thus they have fewer children than Muslims. Just look at the decline in a sample of Middle Eastern countries in the last century. 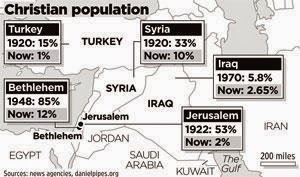 Citing these additional reasons for the decline in the numbers of Christians should not be interpreted as an excuse for ignoring the genocide of religious minorities by ISIS. There is no reason for the West to ignore the plight of Christians and other minority religious groups. ISIS must be condemned by the whole world.

ISIS is better financed than most jihadists. It not only controls oil fields but has robbed banks and extorted taxes in the territory that it controls. It has proclaimed itself as the new center for the whole Islamic world. Even foreigners are flocking to join it. A British man is alleged to be the person who beheaded the American journalist James Foley. ISIS has a total disregard for human rights, whether of individuals or communities. Now even Al Qaeda has disowned ISIS for its extremism.

Thankfully, ISIS does not enjoy the support of all Muslims. On the contrary, some Muslim leaders have spoken out against ISIS, but their voices have been drowned out by the noise that extremists make. Too often the media ignore the voices of moderation and disseminate only that of the extremists. And even if these voices are heard, extremists will not listen. They are deaf to any voices except their own.

Recently, in Bagdad local Muslims joined Christians at a service to show their solidarity The New York Times reported that a Muslim woman who was siting next to a Christian woman at the service who happened to be in tears, whispered to the Christian: "You are the true original people here, and we are sorry for what has been done in the name of Islam." 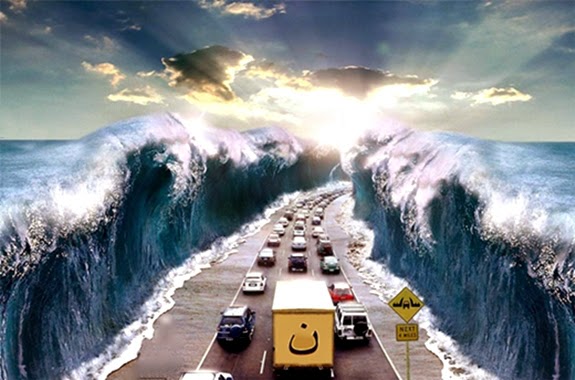 Such a confession will not bring Christians back to Mosul, or anywhere else in the Middle East for that matter any time soon. Too much blood has been spilled for too many centuries for that to happen. Christians will continue to flee the Middle East, at least for the foreseeable future. One day, perhaps, some Christians will return to the region where their ancestors have lived since the beginning of the Christian era.

And one day, perhaps, there will even be peace in the Middle East. But don't hold your breath. Even if ISIS does disappear, which seems unlikely at the moment, other extremist groups that could possibly be even more extreme may arise to replace it. That is the nature of the region.

Until that day arrives, some Christians will always be found in the Middle East. The God who four millennia ago made a covenant with Abraham (and by extension with his descendants) is faithful to his promises. God will preserve the Christians of the Middle East, just as he has preserved the Jews and brought them back to their ancestral land. Nor does he ignore Muslims who now dominate the region. He has many children there.

In spite of all the bloodshed, I believe that God watches over all the peoples of the Middle East and one day that long-awaited peace will arrive. Then Christians will no longer have to flee the region. Insha'Allah!