Giving up politics for Lent and doing something for the Earth

My blogging will continue, even if intermittently. You may notice the absence of politics for the next while. Here is why. It is Lent. During Lent I also want to give up something else for the sake of the Earth. Read on. 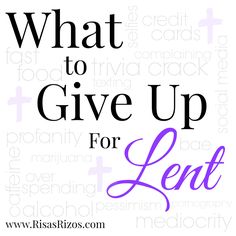 I have decided to give up politics for Lent. This means that I don't want to discuss politics during the entire period, especially not on FB nor on this blog. In a previous post, I already announced that I would stop posting on FB for a while. That moratorium involves more than politics. How long I will stay off FB remains to be seen, but Lent gives me an opportunity to test my resolve to temporarily leave politics alone in this blog.

There are thousands who have made the same decision not to discuss politics during Lent. The chief political lightning rod for many, especially in the USA, is President Trump. My decision goes further than not discussing Trump. I am extending it to include all politicians and all forms of political talk. This is hard for me.
I have to admit that that I have already broken this self-imposed rule once or twice since Lent started and I will probably do so again. Lord, have mercy!  I confess that I am addicted to politics or at least political discussion.  By temperament, I would never have made a good politician, but politics is in my blood. My family has always enjoyed political debate, as my children will readily testify.

Lent, as celebrated in many Christian churches, is a season of forty days, not counting Sundays, which begins on Ash Wednesday and ends on Holy Saturday. Lent comes from the Anglo Saxon word "len(c)ten", which means "spring." The Dutch word for spring" is "lente."

The forty days represents the length of time that Jesus spent in the wilderness, where he endured the temptations of Satan and prepared to begin his ministry. But there are many other references to forty in the Bible that indicate such a period of preparation. 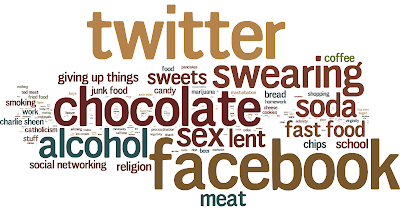 Lent is a time of repentance, fasting and preparation for the coming of Easter. This involves self-examination and reflection. In the early church, Lent was a time to prepare new converts for baptism.

Today, many Christians focus on their relationship with God, often choosing to give up something or to volunteer and give of themselves for others. This is what I am also doing during Lent this year, as I will mention in a moment.

Let me begin with something to give up: politics or, at least, the discussion thereof. Why politics in general? The answer is spelled: TRUMP. He has given politics and many politicians all over the world a bad name. I had hoped not to use his name at all, but that is unavoidable in the context of explaining why I don't want to discuss politics for a while during Lent.

I have friends, some of whom are dual American and Canadian citizens, all of whom get livid when his name is mentioned. If only out of respect for them, I would refrain from any discussions in which his name might come up. But it is almost impossible to engage in any political discussion at present or discuss any politician without referring to him.

For the sake of my friends, my own mental health, and indeed the sake of my soul, I have decided to stop such discussions until Lent is over. Addictions can make many forms. It seems that our whole society is addicted to discussing this man. Hardly a day goes by without an organized protest taking place somewhere either for or against him. 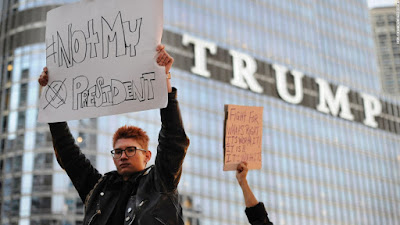 Rarely has anyone so polarized people as much as this man. You either love him or hate him. However, since I am not allowed to hate anyone, it is difficult for me as a Christian to engage in any political discussions without transgressing the commandment to love my neighbor. The feelings he generates in me are that strong.

Of course, this will not change after Lent. But, at least during these few weeks, I can try to do what God commands me to do: to love others as myself. This commandment is difficult at the best of times, but these are not those times.

So, what can I do? My decision stems from my faith obligation to love even those who are largely unlovable. Even if I do keep my resolution during Lent as much as I can, this does not eliminate the problem I will face afterwards. It remains just as the obsessions or whatever we resolve to give up for Lent do.

Nevertheless, the attempt to control our obsessions is spiritually enriching. It may never stop them entirely, but it does strengthen our resolve to do more in the future. It signifies this as well to ourselves and to others.That is why we should not be afraid to mention our resolutions to those around us.

Such a public pronouncement can help us to keep our resolutions. That is what I am doing in this post. Yet this too is not enough. It is negative: it something I want to avoid. I also want to do something positive,

This Lent, Citizens for Public Justice is encouraging Canadian Christians to Give it up for the Earth! I am on the board of this faith-based organization. Give it up for the Earth! is a campaign that challenges us to see Lent as an opportunity to promote the well-being of the global community as we work to mitigate climate change. (Please use the links for more information.

Let me quote from the webpage of Give it up for the Earth!

I have my ideas and you have yours. Send them to CPJ, and they will forward them the federal Minister of the Environment and Climate Change, Catherine McKenna. These ideas will be presented to her at a campaign closing event on/around Earth Day (April 22).

You don't have to order cards from CPJ in order to participate in this campaign. Just decide to make a change in your life for the sake of the Earth. That is a small sacrifice to make. That is what I am also doing during Lent. Your decision is vital to help reduce the effects of climate change and to save the Earth. 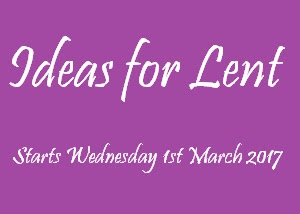 Give it up for the Earth! goes beyond changing personal habits like driving or eating meat everyday, taking long-haul flights or making money from investments in fossil fuel companies. as important as these are to show our commitment to God’s call to care for the well-being of people and the planet. For Canadians, it is imperative that our governments also change their priorities on climate change. We can do so by presenting our ideas to them as vigorously as we can.

This message of speaking up for stronger government action on climate is not only for Canadians. In every nation Christians are called to care for the earth. The OT prophet Jeremiah addressed the misuse that God's people had made of the land he had given them: "And I brought you into a plentiful land to enjoy its fruits and its good things. But when you came in, you defiled my land and made my heritage an abomination" (2:7).

This message has never been more relevant as humanity faces the devastating consequences of climate change around the world, while those with the power to act do so little. As citizens of wealthy, developed countries, we have both the ability and responsibility to take action to protect creation. All faith communities increasingly recognize this.

So, this Lent I am doing something negative in givng up politics, at least for a little while. I am also doing something positive by giving up something for the sake of the Earth by making changes in our personal lives and urging our governments to do what they can to limit climate change.

I am not suggesting that you need to follow me to stop discussing politics for Lent. But I do invite you to join me in doing what we can for the sake of the Earth. I have written many times about climate change. In my opinion, climate change is the biggest threat to human existence today. Let's all do what we can to save our planet! That is the best way to observe Lent 2017.