Whitelash, coming soon to where you live 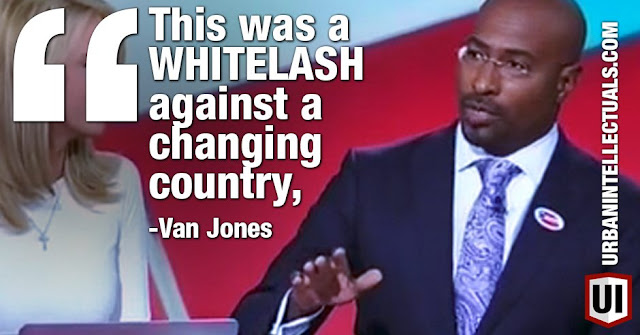 "Whitelash" is a new word coined by CNN commentator Van Jones to describe, in part, why he felt Americans elected Donald Trump as president. But the term describes an old reality: Dramatic racial progress in America is inevitably followed by a white backlash, or "whitelash." Reconstruction in the 19th century was followed by a century of Jim Crow. The civil rights movement of the 1950s and '60s was followed by President Ronald Reagan and the rise of the religious right.

Four years ago, on the eve of President Barack Obama's re-election, I warned that his presidency could spark such a backlash. In my November 1, 2012, story headlined, "Parallels to country's racist past haunt age of Obama" . . .  I examined another time when white Americans nostalgic for an old social order transformed the country. This is what happened -- and could happen again in the years ahead.


This quotation is from the preface to an article by John Blake for CNN on the role of racism in the US in Donald Trump's election. He traces the racist backlash that has followed many events in US history, and points especially to Reconstruction in the 1870's Ronald Reagan's and Obama's elections as triggering backlashes. He attributes Trump's election in part to Obama's victory in 2008.

"Whitelash" is a contraction of "white backlash." "Backlash" itself dates back to 1815, originally used for a jarring movement caused by a machine’s parts being put into action. It is very noticeable and potentially dangerous. 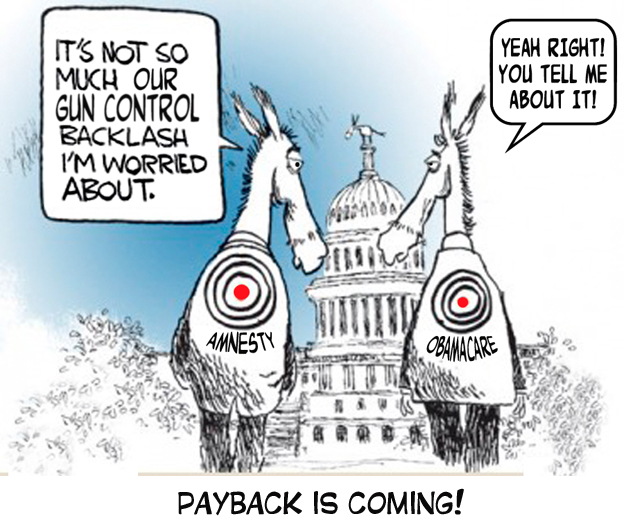 Whitelash entered American political debates decades before this election. It was used as early as the 1964 presidential campaign, when President Lyndon Johnson and Arizona Sen. Barry Goldwater squared off over the Civil Rights Act. Thus Jones's use of this term merely revives this old term.

Others have disputed the effect of whitelash on the election of Trump. Be that as it may, the reasons for Trump's victory are not of immediate interest to me. Rather, I am concerned with the storm that Trump unleashed during his campaign. The hatred that he inspired has affected many whites to say and do things that they otherwise might never have done or said.

It is undeniable that there was an underlying racial dynamic at play in the election which represented white disenfranchisement and resentment of an America that has increasingly become unrecognizable to them. This is why Mr. Trump’s slogan “Make America Great Again” resonated with so many people. It resonated especially with racists who form a small yet significant part of the current whitelash.

I am thinking particularly of the racist remarks and graffiti that has appeared in many cities in North America. This is one example of whitelash. Trump has enabled people who feel powerless to express themselves in these crude ways. Trump's hate-filled language has authorized them do and say these awful things. This whitelash is coming soon to where you live, if it is not already there.

Such speech and actions have always happened, but the current rash of these incidents which are racially motivated and directed at various racial as well as religious groups. In this campaign Trump managed to malign groups as diverse as Mexicans and Muslims. He put his imprimatur on such vicious attacks, and consequently some of the alt-right followed his example. 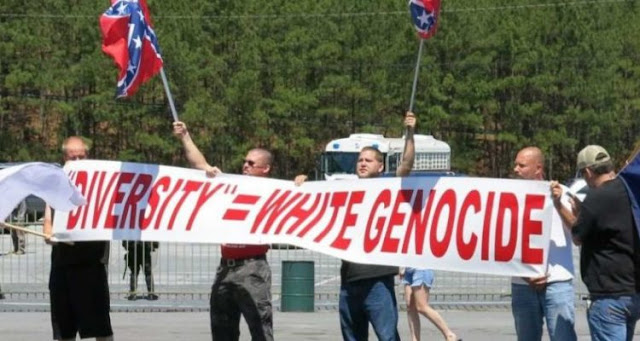 Those who do follow his example are perhaps the most extreme instances of the whitelash. There are, no doubt, many others who will not desecrate mosques, synagogues, and even churches, but they tacitly approve what these extremists.

Nevertheless, whether extremists or not, all can be identified as part of the whitelash. After Trump's campaign they feel empowered to at least think racists thoughts and some even to say the N-word or paint swastikas.

I do not mean to imply that Trump himself is a racist or that all his supporters are. Unfortunately, there are enough racists among them to warrant some of these charges. Those who can legitimately be called racists are a small yet extremely vocal group who,like their brothers and sisters that are part of the whitelash have resorted to illegal methods to express themselves.

Trump's crude speech and inflammatory language is like red meat to them. It feeds their anger and licences their further activities. While their methods are widely condemned, many who might never perform such reprehensible deeds themselves, do entertain similar thoughts. Racism is deeply rooted in the human psyche. It is often imbibed with a mother's milk.

Canada is not immune to whitelash. Kellie Leitch has centered her campaign for the leadership of the Conservative party around the call for immigrants to Canada for "anti-Canadian values." Canadians are not all like that. Some of her constituents have responded by creating a "Not my MP" movement. 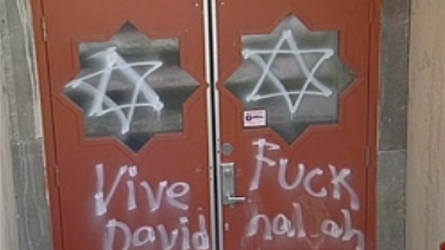 North America is not the only venue for this type of whitelash. It is prevalent in Europe too, where populist or nationalist political parties are gaining influence and even coming to power, as has already happened in Hungary. How Muslim women dress has become a bone of contention, most recently in the Netherlands where the government there has banned the burka and the niqab.

God did not create human beings that way, but we are socialized to separate ourselves from others who are different. It becomes "Us" vs "Them." It does not matter if the differences are racial, ethnic, or religious. The result is alienation instead of reconciliation.

But reconciliation is what is needed. The way to counteract whitelash is through reconciling people with each other, not fomenting hatred. As I wrote in a previous post, love is the best response. Even those who desecrate houses of worship still deserve our love even when they make us angry.

Reconciliation is the task of churches. Churches are not the only agents of reconciliation, of course, but this is the raison d'être of the Christian Church. God sent his Son into the world to reconcile himself and humanity. At the same time, God through Christ is reconciling human beings with each other and, indeed, with the entire creation.

Whitelash may be spreading also to where you live, but the best way to counter it is to deny them the publicity they seek. That will suck out the oxygen they need, but not be confrontational. Your actions must be motivated by love. Never forget that love is stronger than hate.