Judaism and the public square 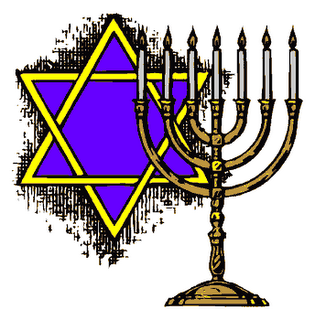 A series on the role of religion in the public square, and specifically how various faiths see their role

Judaism is the eldest of the Abrahamic religions, and thus I want to begin with it. Judaism can be traced back to the time of Abraham, more than 3,000 years ago, even though he lived before the revelation of the Torah to Moses. Similarly, both Christians and Muslims regard Abraham as their forefather.

What is indisputable is the diversity that exists withing Judaism today. To attempt to describe the Jewish position on the role of this faith in the public square is difficult, if not impossible, my research revealed.

In fact, Jews cannot even agree on who is a Jew, and thus the number of Jews in the world today is much in dispute. It is estimated that there are approximately 16 million Jews in the world, or a little more than 0.2% of the world population. About 30% of Jews are found in Israel, and another 38% in the US and Canada, with most of the rest living in Europe. 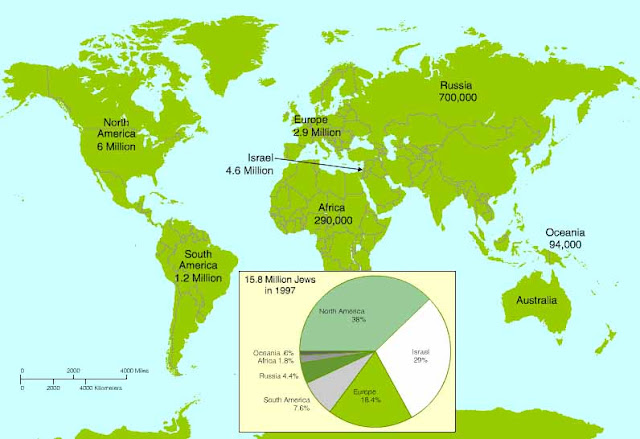 The divisions within Judaism run very deep, both within Israel and elsewhere in the world, and shape the diverse attitudes to their faith and the world at large. The largest Jewish religious movements are Orthodox Judaism, Conservative Judaism, and Reform Judaism. A major source of difference between these groups or denominations is their approach to Jewish law. All of them have further divisions.

In Israel, the divisions are slightly different. Most Jews there classify themselves as "secular" (hiloni), "traditional" (masorti), "religious" (dati), or Haredi. What would be called "Orthodox" in the diaspora includes what is commonly called dati (religious) or Haredi (ultra-Orthodox) in Israel.  The term "ultra-Orthodox" should be avoided, however, since it implies extremism. In Israel too, there are many further divisions.

For about two millennia Jews did not have a homeland. In addition, they were persecuted and their political involvement extremely curtailed. Since 1948, they do have a country of their own, where they are very active politically. Israeli Jews belong to many political parties.

Even the Haredim, who have traditionally shunned involvement in many aspects of Israeli society, including the workforce, are active in Israeli politics. In the Knesset, the Haredi parties have held the balance of power between the country's major political powers and have exerted an influence far beyond what their numbers warrant.

In contrast, Modern Orthodoxy, which is a movement within Orthodox Judaism, has tried to synthesize Jewish values and observance of the law with the secular, modern world. Religious Zionism, a movement that  supports building a Jewish state in the land of Israel, is similar in many ways, although they are not identical.

These are only a few of the many movements within contemporary Judaism that play a role, to a greater or lesser degree, in the public sphere within Israel. Outside Israel, Jews also play a significant role, but now as individuals, not as movements or parties.

In the US, Jews were initially denied the vote, although they were granted equality and were active in community affairs. By the beginning of the 20th century, Jews were integrated into American life to a large degree, although they remained conscious of their ethnic identity.

Towards the end of the 20th century, Jews had become relatively wealthy. Although their wealth has become a stereotype, of the 400 richest Americans, over 100 were Jewish, as were more than 30% of American billionaires. Today Jews earn more money than any other religious group in the US.

In the last century, the more secular Jews tended toward liberal or even leftist political views, while more religious Jews were politically more conservative. Modern Orthodox Jews have been less active in political movements than Reform Jews. The Orthodox vote Republican more often than less traditional Jews. But the vast majority of Jews in the US have been aligned with the Democratic Party

In contemporary political debate, strong Orthodox support for school voucher initiatives undermines the belief that the Jewish community seeks a high and impenetrable barrier between church and state. Other Jews, however, do not support school vouchers.

Jews have been highly visible as leaders of movements for civil rights for all Americans, including themselves and African Americans. The historic struggle against prejudice faced by Jewish people, some argue, has led to a natural sympathy for any group confronting discrimination.

Until the first half of 20th century. Jews were discriminated against in some forms of employment, not allowed into some social clubs and resort areas, given a quota on enrollment at colleges, and not permitted to buy certain types of property. Numerous polls indicate that Jews are no longer the focus of hostility, and that antisemitism is at a low point in the US today. 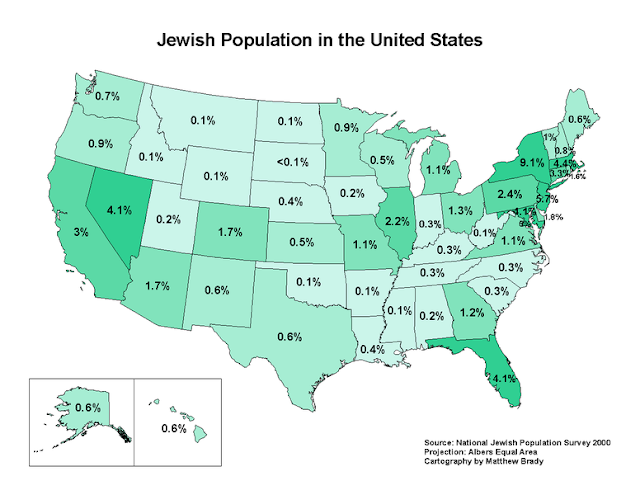 Although Jews constitute only 2.2% of the American population, 12 of the 100 members of the Senate are Jewish, as are 24 of the House of Representatives. Three of the justices of the Supreme Court are Jewish. The list of Jews involved in activism is also very long.

In Canada, the list of Jewish politicians, jurists, public servants, and activists is equally impressive. Similar lists can be compiled of Jews who are active in political life in Europe and elsewhere.

Jewish ideas of the relationship between Judaism and politics has developed in many different directions. In Europe, many Jews favored various forms of liberalism and saw them as connected with Jewish principles. Some Jews allied themselves with a range of Jewish political movements.

Many religious supporters of the Jewish left have argued that left-wing values vis-à-vis social justice can be traced to Jewish religious texts, including the Tanakh (Hebrew Bible)  and later texts, which include a strong endorsement of hospitality to "the stranger" and the principle of redistribution of wealth in the Biblical idea of Jubilee, as well as a tradition of challenging authority, as exemplified by the Biblical prophets.

While Jews in the diaspora have also been represented in the conservative side of the political spectrum, even politically conservative Jews have tended to support pluralism more consistently than many other elements of the political right. This pluralist tendency may be due to the fact that Jews, unlike Christians and Muslims, are not expected to proselytize. 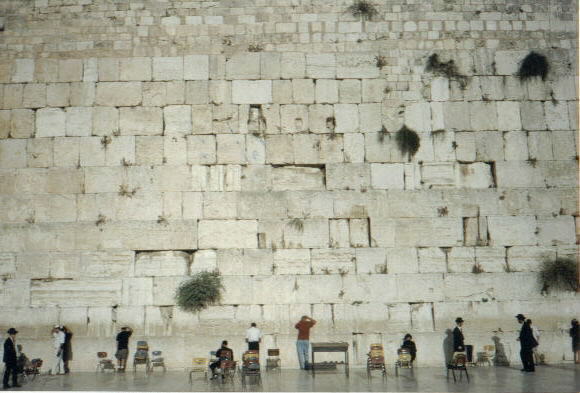 The wailing wall in Jerusalem -- the holiest place in Judaism

Outside of Israel, Jews have not organized Jewish political parties. This is hardly surprising, since Jews have historically always been a minority in the countries where they resided. They have thus aligned themselves with existing parties, as is especially noticeable in the US, as I have already noted.

I have tried introduce Judaism as fairly as I could. Some Jews, no doubt, may object to my comments, as may some Christians. My purpose is simply to encourage discussion of the role of faith in the public sphere.

In future posts, I hope to discuss Christianity, in its various traditions, and Islam, which is not as monolithic as  many people suppose. You can help me through your comments. This is a learning experience for all of us.