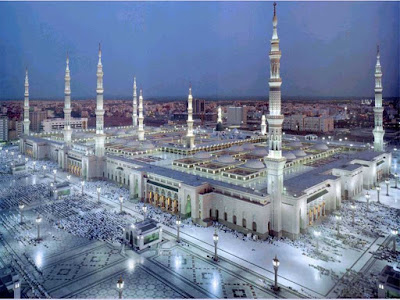 Although about 1/4 of the population of the world is Muslim, very few non-Muslims know much about Ramadan or why this month is so important for Muslims. Christians especially are unaware of what their Muslim neighbors are doing during Ramadan, yet there is much that Christians can learn from them.

Ramadan is the ninth month of the Islamic lunar calendar. It is an important month marked by fasting for all capable adults who have no valid exemptions. Fasting during Ramadan means abstaining from food, drink, smoking, and intimate marital relations from dawn to sunset everyday for the whole month.

Muslims believe Ramadan was the month in which the first verses of the Qur'an were revealed to the Prophet Muhammad.


Nevertheless, there are many disagreements each year. This stems from the tradition to sight the moon with the naked eye and thus there are differences for countries on opposite sides of the globe. More recently some Muslims are leaning towards using astronomical calculations to avoid this confusion.

For the year of 1432 Hijri, the first day of Ramadan was determined to be August 1, 2011. Because of the lunar calendar, Ramadan starts eleven days earlier than in the previous (solar) year. 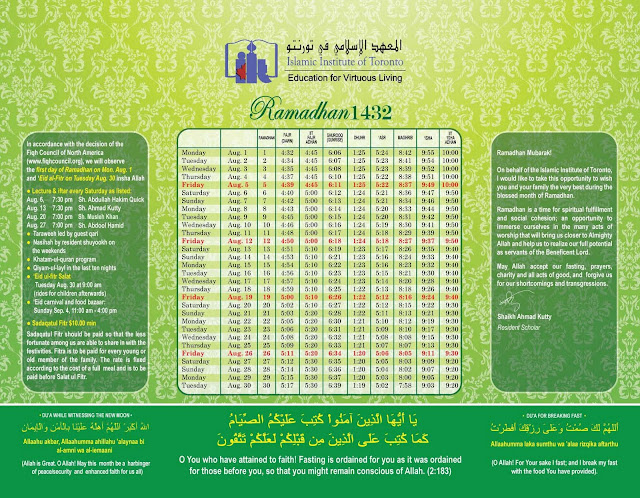 The timetable for Ramadan for Toronto (extra large, so you can read it. Click to make even larger.)

The daily fasts begin at dawn and end with sunset. These times can be calculated locally as are the times for the daily prayers. Special nightly prayers called Taraweeh are held. The entire Qur'an (divided into 30 more or less equal sections) is recited during the month in these prayers in mosques all over the world. This month thus provides an opportunity for Muslims to get closer to God. 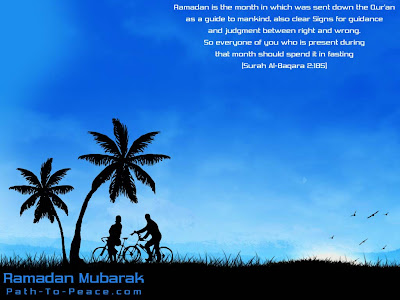 It is compulsory for Muslims to start fasting when they reach puberty, as long as they are healthy, sane and have no serious disabilities or illnesses. The elderly, chronically ill, and mentally ill are exempt from fasting, although the first two groups must endeavor to feed the poor in place of fasting. Also exempt are pregnant women, if they believe it would be harmful to them or the unborn baby, women during menstruation, and women nursing their newborns. 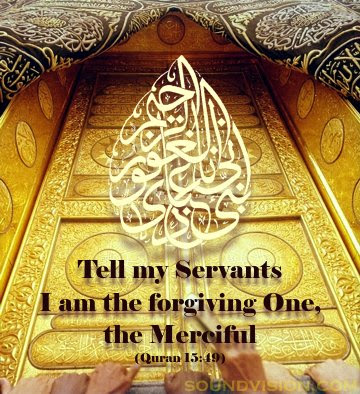 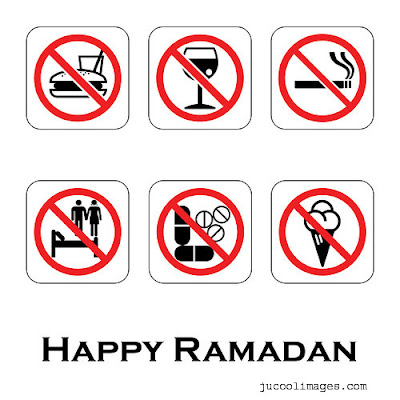 What should Muslims not do during Ramadan? Here is a list of commandments that some Muslims have prepared (and I have edited). These may sound negative, but so are the Ten Commandments. Compare them with what Jesus taught. Do you see any similarities?
1. Do not argue or debate over when the month should begin (based upon the sighting of the crescent moon).
2. Do not overeat or overindulge in food and drinks, but eat in moderation. Fasting is intended to teach self-control over one's body and what one consumes.
3. Avoid everything that is haram (forbidden).
4. Do not cheat, lie, backbite, gossip, slander, or spread rumors.
5. Do not overspend on food and drink. Feed the poor and invite relatives and friends, but do not show off or compete by overspending.
6. Do not sleep too much. Instead, pray more at night and read the Quran, but work during the day.
7. Do not waste time by watching TV. Instead, read a book, which is much more rewarding. And spend more time in worship.
8. Do not invite wealthy people to your feast; instead, invite the poor.
9. Do not become angry because one is fasting and hungry. Instead, one should control one's emotions all the time (and not only during Ramadan).

Ramadan is also a time when Muslims turn away from worldly affairs and focus on self-improvement, spiritual cleansing and enlightenment. Muslims focus on God through prayer, charity, good deeds, and helping others.

Ramadan is an occasion for giving and sharing, Muslims prepare special foods and buy gifts for their family and friends as well as for giving to the poor and needy. The social aspect involving the preparation of special foods and inviting people for Iftar (the feast that ends the daily fast) is important during this month.

This feast begins with eating three dates, but often becomes a banquet. In Nigeria, for example, we discovered that when we organized workshops during Ramadan, the budget for food would have to be doubled if Muslims were present. 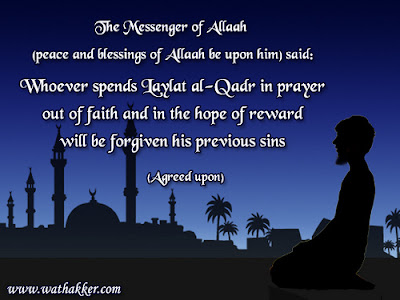 Laylat al-Qadr is considered the most holy night of the year. This is when Muslims believe that the Qur'an was first revealed to Muhammad. This is believed to have occurred on an odd-numbered night during the last 10 days of Ramadan, either the night of the 21st, 23rd, 25th, 27th or 29th. 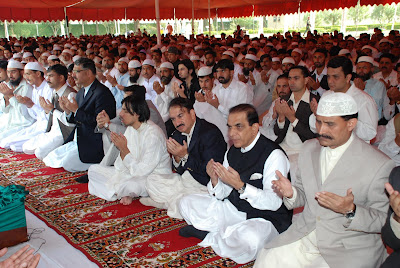 The month of Ramadan ends with a day long celebration known as Eid al-Fitr. This day begins with a special morning prayer in mosques all over the world that is attended by men, women and children, who are all dressed in their new or best clothes. A special charity, known as Zakat al-Fitr (which here refers especially to food for the poor), is distributed prior to the prayer. The rest of the day is spent in visiting relatives and friends, giving gifts to children, and eating, of course. 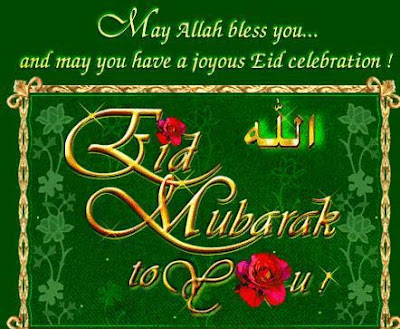 Ramadan with its closing feast are for Muslims what Christmas, Lent, and Easter (all wrapped up together) are for Christians.  The cards that Muslims distribute during Ramadan are very similar to Christmas cards. This is not surprising, since Ramadan is associated with the giving of the Qur'an, while Christmas celebrates the coming of Jesus Christ.

Christians and Muslims have much in common. That is what needs to be accented. There are enormous differences, of course, that we must not neglect. Yet we worship the same God, albeit in differing ways. The same is true of Jews.

Ramadan is an appropriate time for Christians to join their Muslim neighbors when they celebrate during this month. Their desire to get closer to God through fasting and prayer is one important lesson that Christians can learn from Muslims and even emulate.

And when you invite Muslims to your house, please respect that they may be fasting during this month. Do not offer food or drink to them until the sun has set, and refrain from eating or drinking in their presence. Remember, they are your friends. 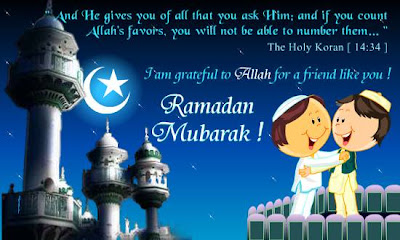