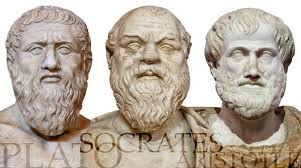 “The complaints of Plato and Aristotle concerning the character of democracy are as relevant today as they were in their time.”--Unknown 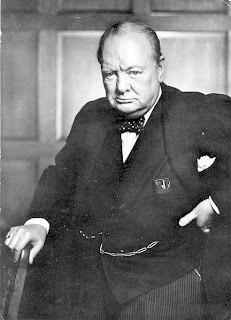 “It has been said that democracy is the worst form of government except all the others that have been tried.”--Winston Churchill
Democracy is under attack today without many people being aware of the problem. Unlike the last century, when it was attacked from outside by National Socialism and Communism, today it is under attack from within, both in the U.S. and in other countries that call themselves democracies.
The U.S. claims to have the best form of democracy, but that claim is increasingly being called into question by the citizens of other democratic countries. Now the "Arab Spring" has raised hopes for many living under authoritarian regimes in northern Africa and the Middle East that they too may taste the fruits of democracy, but they are not sure that the American model is what they want.
Plato and Aristotle questioned the nature of democracy more than two thousand years ago already. Admittedly, they did not understand it the way we do today. For them democracy meant "mob rule," and thus they criticized it vociferously. They feared the tyranny of the majority. Their preference was for something aristocratic or, as for Aristotle, of a mixed nature.
My allusion to them is not to point to specific criticisms they might have of today's democratic institutions, but rather to the questions they raise about the very nature of democracy. If democracy is indeed "mob rule," why would anyone want it? But the questions they raise are still pertinent today.
Plato, when he mapped out the constitution of his utopian society, assigned the role of ruling society to the "philosopher kings." These were the best and most well-informed minds who could best direct the ship of state.
A state also requires a competent citizenry who have received a good education. Unfortumately, the demos, or people, are incapable of ruling themselves, since they cannot make rational decisions. Thus the need for "philosophers," those who love only wisdom and have no great desire to rule.
Aristotle, who made a study of different constitutions, classifies democracy as a deviant form of constitution.
He did not reject it entirely, but wanted the best minds to rule the state. They would come from a middle class that included both the rich and the poor.
This mixed constitution would share features of democracy, oligarchy, and aristocracy. In his ideal constitution, the citizens would be fully virtuous. Aristotle's vision is broader than that of Plato, his teacher, but it still treats democracy as a second-best.
These brief sketches cannot begin to do justice to the thought of these great philosophers, but they do reveal the difficulties that both had with democracy. It is their questioning spirit that is important to me at this moment rather than the details of their political thought, which are still disputed by contemporary scholars.
Today we have made an idol of democracy. We assume it to be the best form of government, which in many ways it is, certainly as compared to other forms of polity. But there can be problems with democracy, particularly as it manifests itself in the American and British forms that many of us enjoy.
Winston Churchill was more matter-of-fact about democracy. He would have recognized many of the problems that afflict us today, yet he preferred it to other forms. I do too, but that doesn't mean that I am blind to these problems. Such a blindness is what I mean by idolatry: we idolize our system of government, and no longer recognize its limitations and weaknesses. 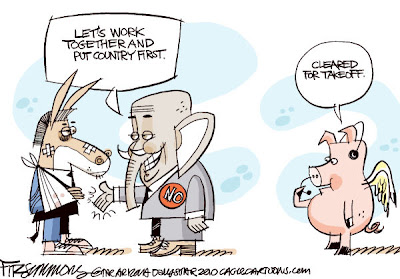 Pigs will fly when Republicans and Democrats are able to compromise
You would think that Americans would ask some serious questions after the drama surrounding the debt limit crisis in Washington. Many Americans are intent on blaming the president, or either the Republicans or the Democrats. But they do not seem to raise any questions about the system itself.
There is a polarization in the U.S. that far exceeds that in any other democracy. This polarization finds its roots in a political system that recognizes only two parties. This creates an "us vs. them" mentality, where "us" is good, and "them" is bad. The U.S. has become a "fifty-fifty" country, with very few Americans sitting on the fence. This is not healthy.
The resolution of the recent debt limit crisis was not really a compromise. It was a sellout to the Tea Party wing of the Republican party.
If Plato and Aristotle were worried about the tyranny of the majority, the U.S. problem is a tyranny of the minority--the tail is wagging the dog.
Moreover, the U.S. has a system in which congressmen and -women, who are elected for only two years at a time, are so concerned with being re-elected that they live in their districts much of the time and see their role largely as bringing home the "bacon."
I am not trying to denigrate the American system, but rather raising some pertinent questions. No doubt there are Americans who do raise these questions as well, but their voices are drowned out by politicians on both the left and the right and their ideological supporters.
In the U.S., don't forget that even the most conservative Democrat is still to the left of the most liberal Republican. Don't forget either that the money President Obama raised for his own election would have paid for the entire election in the U.K. 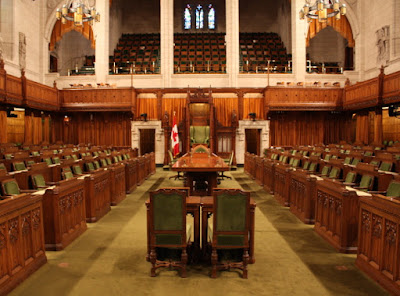 Canadian House of Commons
A similar polarization is taking place in Canada. The recent federal election witnessed some of the worst in negative advertising that was ever seen. Even though Canada currently has three major political parties, the division between the right and the left is beginning to resemble that in the U.S. This is an unhealthy development.
In the parliamentary system, the different parties sit on two sides of the aisle, but they have traditionally been able to get along with each other. For one thing, they take turns governing or sitting in opposition, and sometimes, even having to form a coalition. Somehow they were, until quite recently, able to attack each other on the floor of the House of Commons, but soon after they get together for a coffee or a beer.
In Canada today this polarization resulted in the election of a Conservative government at the federal level as well as that of a new mayor in Toronto.
Rob Ford is a divisive figure whom people either love or hate. He has managed to polarize the city council, in which there are officially no parties, but councilors are labelled as either right or left. Only the right get positions in Ford's administration.
The polarization in the U.S. thus has spilled across the border and infected large parts of Canadian society.

CCTV surveillance cameras
The "mother of parliaments" in the U.K. has its problems as well. The recent riots there illustrate that. The current government is a coalition between the Conservatives and the Liberal-Democrats. The British parliament system operates with a similar camaraderie that existed in Canada until recently.
The riots, however, have led to the erosion of civil rights in the U.K. David Cameron, he prime minister, announced that people who were involved in the riots have been threatened with eviction from social housing units, while CCTV kept a "big brother" eye on everyone, especially in London and other major cities. People are being arrested and charged on the basis of this video evidence. Many in the U.K. applaud these measures.
Thankfully, Nick Clegg, who is the deputy prime minister and leader of the Liberal-Democrats, has injected a note of sanity into the debate by announcing a "riot payback" scheme to make looters and rioters face their victims and carryout community service rather than going to jail.
This restitution is an example of the restorative justice for which I have pleaded for in an earlier post.
Just when it seemed that the British parliament would succumb totally to such anti-democratic measures, we read about Clegg's proposal. Maybe democracy is still working in the U.K.
Democracy still functions in America and Canada as well, but it is under attack in all these countries and many more that identify themselves as democracies. It has many problems.
My purpose is just to raise some important questions. You don't have to agree with me, but please think carefully about the issues that I have raised. I have barely begun to scratch the surface, but I do hope that I have awakened a few people and alerted them to these problems.
If you can improve my arguments, please feel free to do so. And then pass on the message.
I intend to use this blog not only to inform but also to provoke serious thinking about some topics.
For further reading about democracy and the problems facing it today you should consult  http://www.globalissues.org/article/761/democracy.