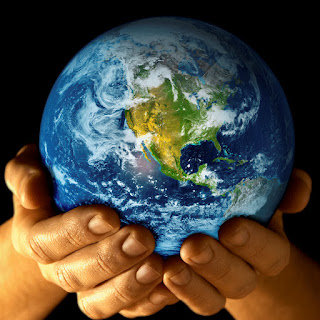 Sustainable tourism is the goal of many countries, but a good example of such sustainability can be found already in Huatulco, Mexico, as I discovered recently when I visited the area. I have written several times in this blog about sustainable development, but I was surprised to find it in this small corner of Mexico.

Huatulco (wha-TOOL-ko) is located on the Pacific coast in the state of Oaxaca which is renowned for its biodiversity and ranks first in Mexico for its concentration of species. Oaxaca also contains 23 of the 30 types of vegetation zones.

Huatulco's tourism industry is centered on its nine bays. The area is officially called Bahias de Huatulco, but this has been shortened simply to Huatulco. In the Mixtec language, Huatulco literally translates as "the place where the wood is adored," which is an appropriate name for it today. Huatulco has a population of 50,000 and is located on the southern Pacific coast approximately 500 km southeast of Acapulco. It also boasts a university.

I discovered Huatulco by accident. My wife and I needed a vacation after she finished her new book. We love Mexico, but we did not want to return to Cancun or the Riviera Maya which are flooded with foreigners. The only Mexicans one sees there are those who work at the resorts. Thus, we were ready for something different. What we did not expect was the ecological focus of the area. 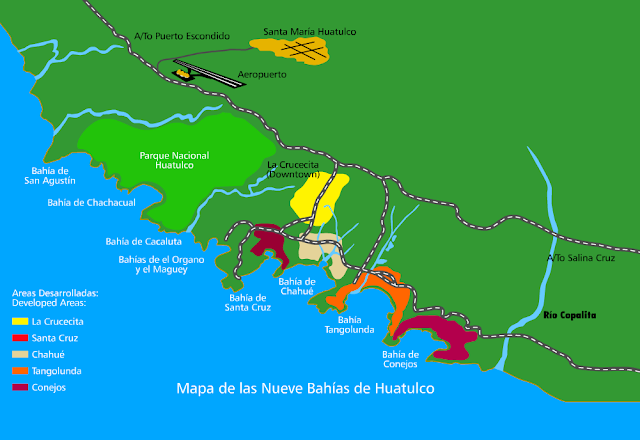 About 80% of all tourism in Huatulco is domestic and only about 20% of Huatulco's tourism is foreign (it may have been as few as 5% when we were there). This is mainly because international air access is still limited, although there are frequent flights to Mexico City. There is a small international airport which has increased tourism in the area. Access by road is difficult since the highways have many speed bumps.

While searching for an affordable resort, I found out about Huatulco and was immediately intrigued. It was not difficult to invite two friends to go with us. All four of us thoroughly enjoyed the area We decided that it was the best place we had been in our travels all over the Caribbean.

The weather in Huatulco is gorgeous. Annually, it enjoys about 330 days of sunshine. Only when we got on the plane to return to Toronto did we see any dark clouds. The dry season extends from December to May and the rainy season is from June to November. It can get very hot -- an average of 28 degrees year round -- but we have lived in many tropical countries and know how to deal with the heat.

Huatulco is divided into four main districts. Tangolunda is the area where the large upscale resorts are located; Santa Cruz is a small town with the main marina which  is where cruise ships regularly dock. Our hotel was located not far from Santa Cruz beach. La Crucecita is a small town just inland from the beach areas.

Chahué, the fourth district, is the area between Santa Cruz and Tangolunda. The Chahué Beach Club is part of our hotel; this is where we had lunch every day and tried to swim in the Pacific. Unfortunately, we were unable to do so because of the undertow. However, our hotel had several pools to make up for this. Thus, we were able to keep cool. 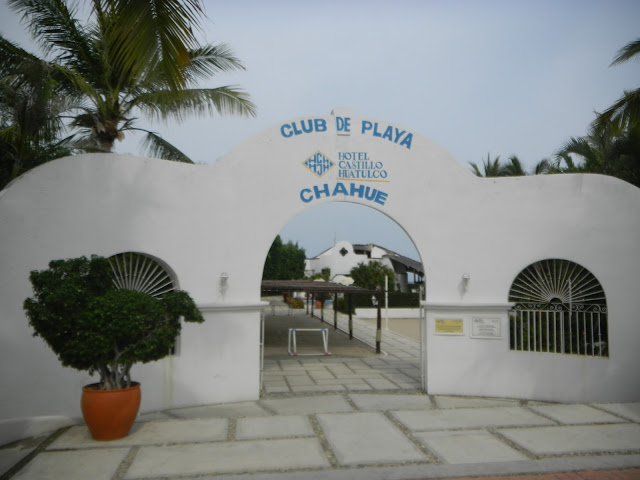 To the west of Santa Cruz, the beaches are less developed. Most of this area belongs to the Parque Nacional Huatulco. This is a protected area that contains 6,375 hectares of lowland jungle and 5,516 hectares of marine areas, encompassing five more bays.  In these bays, the most important coral communities of the Mexican Pacific can be found. More than 700 species of animals live in the park, as well as a number of species of colorful fish, and it is open to scuba-diving, bird-watching, and hiking.

In 2005, Huatulco was awarded the Green Globe International Certification as a sustainable tourist area. Huatulco was the first sustainable tourist community in the Americas and the third worldwide, after Bali in Indonesia and Kaikoura in New Zealand, to receive this prestigious award because of its development programs for a culture that is environmentally friendly and wants to conserve its natural resources.

It is the only resort area in Mexico to receive this prestigious award. Green Globe is the worldwide benchmarking and certification system for the travel and tourism industry, focussing  on economic, social and environmental management. For many years, Huatulco has also received the Earth Check Gold Certification for complying to and exceeding the highest levels in environmental stewardship.

Large portions of the Huatulco resort area are located within this ecological zone. Much of the area is protected from future development; it is serviced by modern water and sewage treatment plants so that no waste goes into its pristine bays. There are  a few restaurants on these bays, but no one is allowed to stay overnight in this area. Instead, the workers live in neighboring towns.

There is still much work required to implement water monitoring campaigns, construction of toilets and ramps for the disabled, placing information signs and environmental recommendations, and locating containers for solid waste collection along the beach, among other tasks. However, there have been numerous strides made already and there are great things to come. We were impressed with how clean the beaches and resorts are. The towns are equally clean.

Huatulco Airport -- the thatched buildings reminded me of the Philippines

In 2010, Chahué Beach was awarded the “Playa Limpia” (Clean Beach) award by the Federal Attorney for the Protection of the Environment (PROFEPA). This was the first beach certified with such an honor in the State of Oaxaca.

The "environmental footprint" of Huatulco has been determined, by taking into account all economic, tourist, travel, and supply activities related to the area. A proposal was drafted and presented to neutralize carbon emissions, and an application was made for a voluntary green bonus program with the United Nations with the aim  of becoming the first tourism destination on the American continent, and possibly the world to become carbon neutral.

This ambitious project is part of the Equipo Verde Huatulco. Its main goal is to contribute to the mitigation of global warming by neutralizing emissions of all economic activities of this tourist destination and at the same time strengthen the sustainability of the tourism community through local programs that guarantee a better quality of life for the population of the region.

Some noteworthy results are that 100% of Huatulco’s electricity is clean, coming from a nearby wind electricity plant. Together with the low levels of fossil energy use, it is claimed that this places the energy emissions indicator at 61% above best practice elsewhere, and waste generation at less than 500gr daily per capita, which is well below the national and global average and weighs in at 7% above best practice. 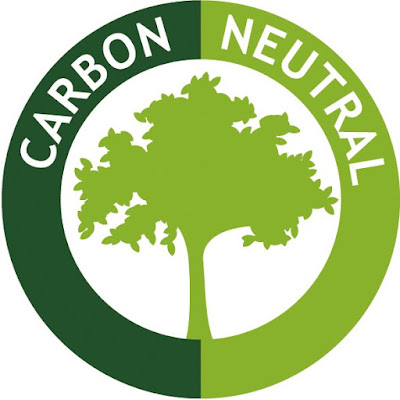 These figures are astounding. The evident concern for the environment is totally unexpected, especially in this small corner of Mexico. Serendipity describes how I feel about my discovery of Huatulco. I don't often write about my vacations, but now I am compelled to do this.

Some years ago, I wrote about my experiences of a Cuban hospital which was the result of a nasty fall only half an hour after arriving at a resort there. I have also written numerous times about environmental issues and sustainable development. But never before have I been able to combine tourism and a concern for the environment.

If you are looking for a vacation that is different, I suggest you visit Huatulco. If you want a change from the Caribbean resorts, visit this Mexican jewel and enjoy an area that is noted for its concern for the environment. Sustainable development and tourism do mix: Huatulco is living proof!