Why Only Study Muslims? 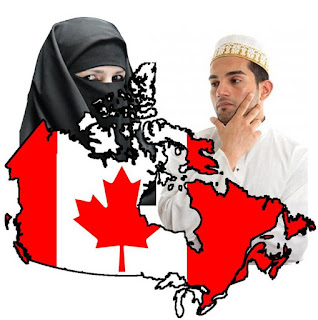 The Environics Institute just published a new report entitled Survey of Muslims in Canada 2016. This report, that was made together with five other Muslim and non-Muslim organizations, is an update of an earlier report made a decade ago.

The report is based on a survey done through telephone interviews conducted between November 19, 2015, and January 23, 2016, with a representative sample of 600 individuals18 years and older across Canada who self-identified as Muslim. The Institute also conducted a complementary survey of the non-Muslim public. This was also conducted by telephone with a representative sample of 987 non-Muslim Canadians between February 6 and 15, 2016.

The survey covers a large number of topics, including, Personal connections to Canada, Muslim identity and practice, Muslim community issues, Integration into Canadian society, Treatment of Muslims in broader society, and Extremism and domestic terrorism. I cannot review all of them in this post; instead, I suggest that you read the entire report for the results. The last theme, however, is worth looking at closely. 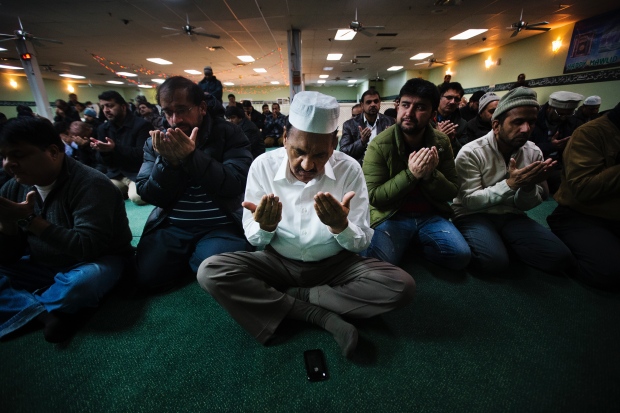 The question that immediately arose in my mind after I read the report was: Why did this report only study Muslims? Why not study other religious groups? The rationale for the report, in its own words, is:

Muslims represent the fastest growing religious minority in Canada today, but their emerging presence has been contentious, fuelled in part by security concerns (in the long wake of 9/11) and some religious practices (e.g., Sharia law). While Canada has yet to experience the type of ethnic violence and terrorist attacks that have taken place elsewhere, Muslims in this country do not enjoy the acceptance of other religious minorities, and are a focal point for discomfort about immigrants not fitting into Canadian society. By global standards, Canada is a welcoming multicultural society but the Muslim community faces unique challenges with respect to religious freedom, national security profiling and the threat of security detentions abroad.

The research also includes "a complementary survey of Canada's non-Muslim population, to understand current mainstream opinions about the country's Muslim community." But this concession is not enough to answer my main question: Why only study Muslims. 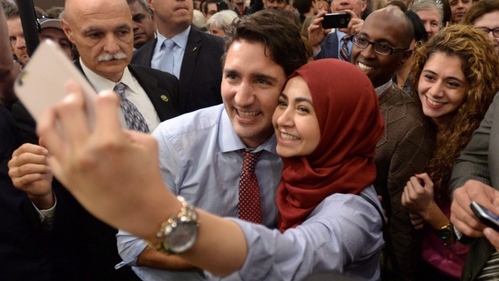 However, is this fair to Muslims? Why pick on them? Is this report a response to Islamophobia? In order to answer these further questions, let us first look at the relevant section of the report.

I want to quote from the introduction to the topic of extremism and domestic terrorism:

Public concern about domestic terrorism stemming from the Muslim community stretches back to the September 11, 2001 attacks, and continues to this day. There have been no major terrorist events in Canada to date, but the two high profile shootings in Ottawa and Quebec in fall 2015 were carried out by individuals with apparent connections to Islamist extremism. Major incidents in western countries (most recently in Paris and Brussels) have kept terrorism on the front pages, along with the ongoing violent conflict in the Middle East and the recruitment of westerners (including some Canadians) to the struggle.

September 11, 2001, is cited as the day when the fear of Islamic terrorism which is now endemic in many parts of the world began, a fear that continues to this day. I can understand why this report includes a section on domestic terrorism, but why are only Muslims the focus of this investigation? Surely adherents of other religions have been involved in terrorist activities: think of the Sikhs and the Air India bombings. Jews, Christians, Hindus, and even Buddhists have committed terrorist acts.

Surprisingly, the report is very positive about the limited extent of Muslim involvement in terrorism. The survey concludes that very few Muslims believe there is much if any support within their community for violent extremist activities whether at home or abroad, and that no more than a handful of followers of their faith support violent extremists like Daesh, and that this proportion has declined since 2006. 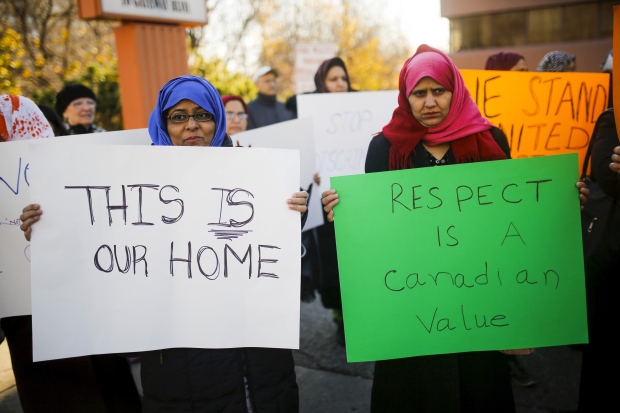 According to the report, "only one percent now believe that 'many' or 'most' Muslims in Canada support violent extremism, and the vast majority estimate that this sentiment is shared by 'very few' or 'none' in their community."

In contrast, as the report states, "the non-Muslim population-at-large is more likely to believe there is domestic support for violent extremism abroad. Fewer than one in ten (7%) non-Muslim Canadians now believes that many or most Canadian Muslims support violent extremism, compared with more than six in ten (63%) who believe it is very few or none."

While most Muslims believe that there is little if any domestic support within their community for violent extremist causes, few are complacent about the seriousness of such activity. As the report makes clear, "Almost nine in ten say it is very (79%) or somewhat (9%) important for Canadian Muslim communities to work actively with government agencies to address radicalization activities that may lead to violent extremism either in Canada or abroad. "

'To be a Muslim in Canada today is to be a person of scrutiny," claims Katherine Bullock, a Muslim and research director at the Tessellate Institute, one of the study partners, as well as a political science lecturer at the University of Toronto. She praises the report: "This survey allows Muslims’ own perspectives to be registered through proper research, rather than hypothesized—sometimes hysterically—by others . . . this updated version will continue to inform politicians, academics, journalists, community activists, and all concerned about the place of Muslims in society."

This survey is an excellent snapshot of the Muslim community in Canada in 2016. As such, it is indeed a useful tool for many people, as Bullock says. Therefore, I hope that similar reports on other faiths will appear in due time. The focus on Muslims has resulted in a valuable study, but I cannot avoid feeling that the fear of Islamic terrorism was one of the motivating factors in its production. 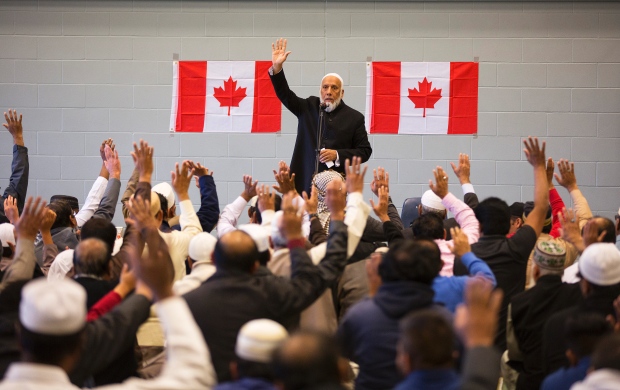 Among its many findings, the survey reveals how young Muslims identify more with their faith than older Muslim Canadians. One reason for this is because young Muslim Canadians feel a strong societal pressure to have to answer for violence perpetrated by extremists in the name of Islam and, thus, they are struggling to reclaim their Muslim identity for themselves.

Without the prevalence of Islamophobia in Canada, young Muslim Canadians might not have had to face this identity crisis.  For the same reason, I would contend, this report might never have seen the light of day.

Thus, these findings help to explain why we see so little conflict between Muslims and other Canadians and also why Canadians, in contrast to Americans, have recently accepted so many Syrian refugees to Canada through both government or private sponsorships.

This report shows that Muslims are proud to be Canadian and that they appreciate the same things about Canada that other Canadians do. The more non-Muslims learn about Muslims the more that the fear of extremism and domestic terrorism will diminish. Islamophobia may yet disappear from Canada. I pray that it does disappear soon!