The Panama Papers: So, what else is new? 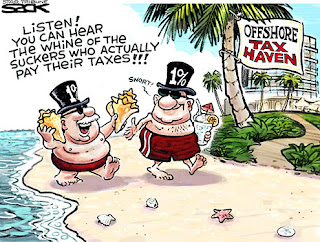 So, what else is new? That was my first reaction to the revelations made in the so-called Panama Papers.

The Panama Papers are nothing new. The 11.5 million files that were leaked from the Panama-based law firm Mossack Fonseca offer a rare insight into how the world's financial elite have secretly and anonymously stashed their loot in tax havens scattered all over the globe. But this is not the first such revelation. There have been others before, but never on such a scale and never have so many names been revealed.

Yet this latest exposé of blatant greed is merely the tip of the iceberg of the wealth that has been stashed away for years by those who want to hide their assets from the taxman. The Guardian claims that Mossack Fonseca is the world's fourth biggest provider of offshore services. There are more such firms with many more clients who use tax havens to evade them. Tax evasion is, properly, considered a crime in many jurisdictions.

This activity has been going on for a long time. Rulers from times immemorial have spirited their wealth away and hidden it elsewhere. Their modern counterparts whether rulers of countries or captains of industry have continued this nefarious practice. So, I repeat, what else is new? 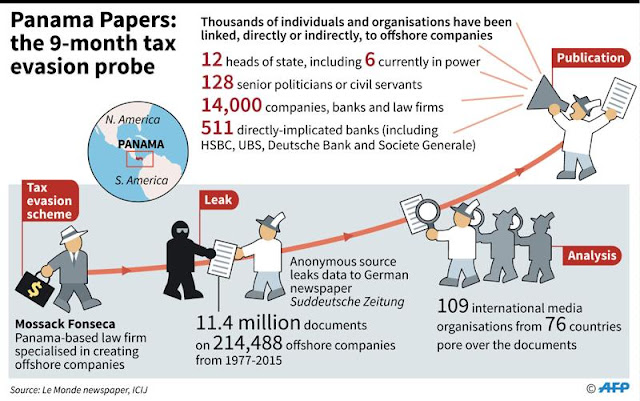 As I ponder these recent revelations, I am reminded of the biblical prophets who insist that the heart of man is deceitful. We all have secrets, All of us are inclined to hide certain things from others. Yet, as the Apostle Paul, emphasizes, "God will bring to light what is hidden in darkness." Sooner or later everything will be revealed, as the Panama Papers demonstrate. Sooner, as the Prime Minister of Ireland discovered when he was forced to submit his resignation, while later more heads are expected to roll.

Paul adds that God will also "expose the motives of men's hearts." The motives of those who availed themselves of these tax havens are not difficult to find. God is not necessary, but he is helpful in that search. The Bible provides many lists of such sins.

Proverbs 6:16-19 lists seven things that God hates: "haughty eyes, a lying tongue, hands that shed innocent blood, a heart that devises wicked schemes, feet that are quick to rush into evil, a false witness who pours out lies and a man who stirs up dissension among brothers."

Acts 5 tells the story of how Ananias and Sapphira sold some property in order to give the proceeds to the church. However, they held back some of the money although they said they had given the entire amount. God’s judgment was immediate: death. Their sin was not that they kept some of the proceeds, but that they had lied to God and to the Apostles.

Such divine judgment is not as immediate today, but this story does reveal both the antiquity of their sin and also God's condemnation of it. The sin of Ananias and Sapphira was deadly. Many of those who are using tax evasions schemes today do not realize the deadly effects they have on the global economy. 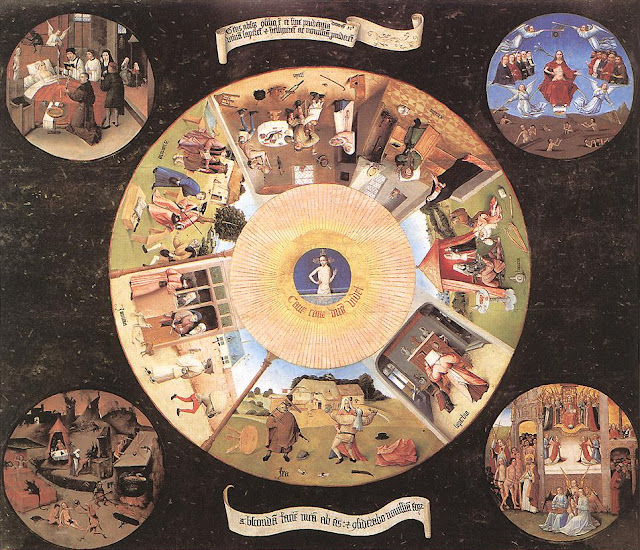 A list of the seven deadly sins emerged in the fourth century AD. This list has fluctuated over time, the current list of these sins includes overbearing pride, greed, lust, malicious envy, gluttony, wrath, and sloth. These seven sins are also called capital sins because they are the source from which other sins proceed.

The word sin may be outmoded today, but there is perhaps no better way to describe what these tax evaders are doing. They may dispute the legality of what they are doing, but this does not mean that what their activity is, therefore, right. It is wrong for many reasons.  Let's look at some of their sins.

First, is their greed. The Tax Justice Network, an international research and advocacy organization, estimates that in 2010 there was between $21 and $32 trillion kept in offshore holdings. That represents eight to thirteen per cent of the total global wealth. Another estimate is that about one trillion dollars are illegally funneled out of developing nations each year into mysterious shell companies. But this figure may only be a drop in the bucket.

Not only individuals are greedy but also the companies that use foreign subsidiaries to reduce taxes. This too is tax evasion. The US Treasury Department has already implemented measures to reduce this practice after the Panama Papers revelations were publicized widely. There have been previous revelations, but they were largely kept under wraps by the tax agencies of many countries.

The second is lying. This was the sin of Ananias and Sapphira. These individuals and companies are lying to the government, but governments everywhere are hampered in their attempts to demonstrate this and to charge those who file false tax returns through the use of these evasive measures. Lying is so pervasive in contemporary society that hardly anyone pays attention to it anymore except in a court of law where it is called perjury. 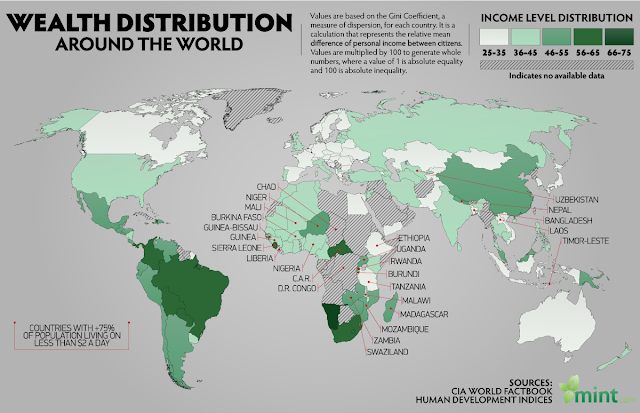 Third, and most crucially, they are so proud that they are unable to grasp the effect that kleptocracy and corruption have on the poor. This is a drain on the economies of all countries, but especially of the poorest ones. It has been estimated that the overseas holdings of the wealthiest Nigerians would be enough to wipe out the national debt of Nigeria. The super-rich don't realize that they are the problem, not the poor. It is their tax evasion that causes the poor to suffer, yet they don't seem to care.

Even wealthy countries are not immune. For example, Canada loses C$6 - 7.8 billion annually to offshore tax havens, according to a report in the Toronto Star. In response, the federal government dedicated $440 million over four years in the 2016 budget to probe tax evasion or what the Canada Revenue Agency has called "aggressive tax avoidance."

The Canadian situation needs to be explained further. Even when wealthy tax dodgers in Canada do get caught, very little happens. The Canada Revenue Agency recently offered amnesty to multi-millionaire clients caught using an offshore tax scheme on the Isle of Man. The amnesty allows  these "high net worth" clients of the accounting giant KPMG to be free from any future civil or criminal prosecution, as well as any penalties or fines, for their involvement in this controversial scheme.

These clients only had to agree to pay their back taxes and modest interest on these offshore investments which they had failed to report on their income tax returns. Unlike middle-income Canadians who are routinely dragged through the courts for years, the CRA is looking to avoid a long, costly court battle since it lacks the resources for fighting those who can afford the best lawyers.

Even before the revelations made in the Panama Papers, more than 100 countries have committed to increasing transparency around the financial holdings of foreign customers. But real reform will not come easily. The US, for one, is resisting these changes. Delaware, Nevada, and South Dakota are a few states that offer levels of anonymity and secrecy rivaling that of many of the countries which are thought of as tax havens. The top ten tax havens in the world

Amidst all the talk about transparency and reforming the system that enables the super-rich to use these tax evasion schemes, the dire situation of the poor has been lost sight of. Middle-income people are forced to make up for these unremitted taxes. As a result, many services are cut and much-needed projects have to be deferred. But the greatest suffering is experienced in the poorest countries and by poor people everywhere.

One way to raise the money necessary to eradicate poverty would be to eliminate global tax havens which hold as much as $32 trillion or a third of all global wealth. By banning this practice, an extra $189 billion in tax would be collected annually, which is enough to end global poverty many times over. Unequal income distribution means that the world’s poor have a substantially smaller piece of the pie while the rich hog the rest.

Forbes estimates the net worth of the world’s almost 1,500 billionaires is more than $5.4 trillion. Another estimate is that world’s richest 91,000 people own at least a third of all private financial wealth, and nearly half of all offshore wealth. This affects poor countries the most. It is estimated that tax havens cost these countries more than $170 billion in lost tax revenues each year.

In 2012, Oxfam estimated that the $240 billion net income of the richest 100 billionaires would be enough to make extreme poverty history. Ending poverty is possible, therefore, if governments worldwide worked together to make these reforms or if the world's billionaires would chip in a fraction of their incomes whether voluntarily as a "well-being dividend" or involuntarily through taxation. 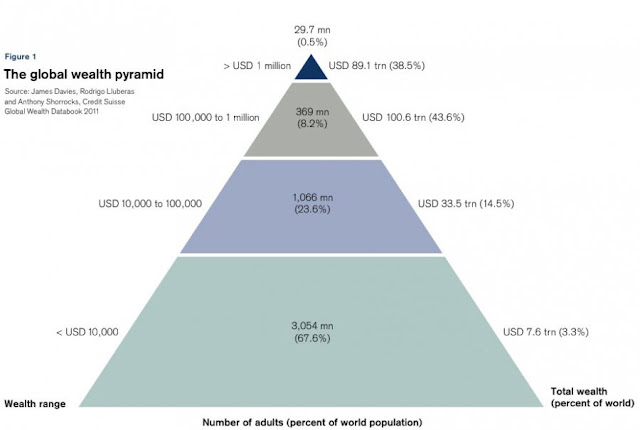 Oxfam has warned that extreme wealth and income is not only unethical it is also economically inefficient, politically corrosive, socially divisive and environmentally destructive. Members of the richest one per cent are estimated to use as much as 10,000 times more carbon than the average US citizen.

The current worldwide outrage at the Panama Papers revelations should be used to end not only the egregious tax evasion but also poverty. The super-rich should be shamed into sharing their wealth and not just hoarding it overseas. But I doubt that these wealthy individuals will change their ways. They think that they are different from the hoi poloi. Governments will have to force them to contribute more to the coffers of the nations where they live and make their wealth. Yet I doubt that will happen anytime soon.

Ultimately, we must console ourselves that there is a divine judge whom they will have to face. That judge, unlike human ones, cannot be swayed by their incredible wealth. They will be punished some day not only for their kleptocracy and corruption but also for their unconcern for the poor. God punished his Old Testament people for their lack of concern for the poor in their midst. Will he not do the same with rich people today?

Lest any of us feel superior to them, remember that we enjoy many perks as a result of a tax system that is full of loopholes. For example, would you be willing to sacrifice your charitable donations for the sake of helping the poor? The super-rich enjoy even more of these perks. We should understand their reluctance to do the same.

There will always be people who practice tax evasion but let us who may just want to avoid paying more taxes never forget that we enjoy many benefits through taxes. Let us render unto Ceasar that which rightfully belongs to him and cheerfully pay our taxes! And let us help to end poverty around the world! Then, and only then, will we and our nation be truly blessed. 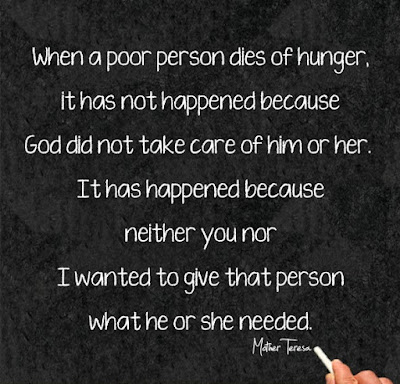